The next generation Toyota RAV 4 will arrive in Australia in the second quarter of 2019, and Toyota’s local office says it will land here bristling with more under-bonnet technology than ever.

Headlining the powertrain list will be a hybrid AWD option, something which has been available in the US market for some time but has yet to make its way to Australia. With the arrival of the new-gen RAV4, Toyota will become the second mainstream manufacturer to offer a hybrid midsize SUV – the second being Mitsubishi with its Outlander PHEV.

Powered by a 2.5-litre direct-injected petrol inline four with variable valve timing (and shared with the Toyota Camry hybrid), the RAV4 hybrid will deliver a combined output of 155kW and 221Nm to all four wheels. However, there won’t be a traditional tailshaft taking mechanical drive to the rear wheels as with other all-wheel drive RAV4s. Instead a rear-mounted electric motor is responsible for turning the RAV4 hybrid’s rear wheels, severing the physical link between them and the engine.

Why is that so? Because driving the rear wheels electrically rather than mechanically actually saves weight and improves packaging, thus boosting fuel consumption while still providing plenty of slippery-surface traction.

Two non-hybrid powertrains will also be offered, a 2.0-litre inline four producing 127kW and 203Nm (borrowed from the Corolla and exclusively front-wheel drive) and a Camry-sourced 2.5-litre with 152kW and 243Nm. Both are petrol, and it’s unlikely the current model’s diesel option will make a comeback. 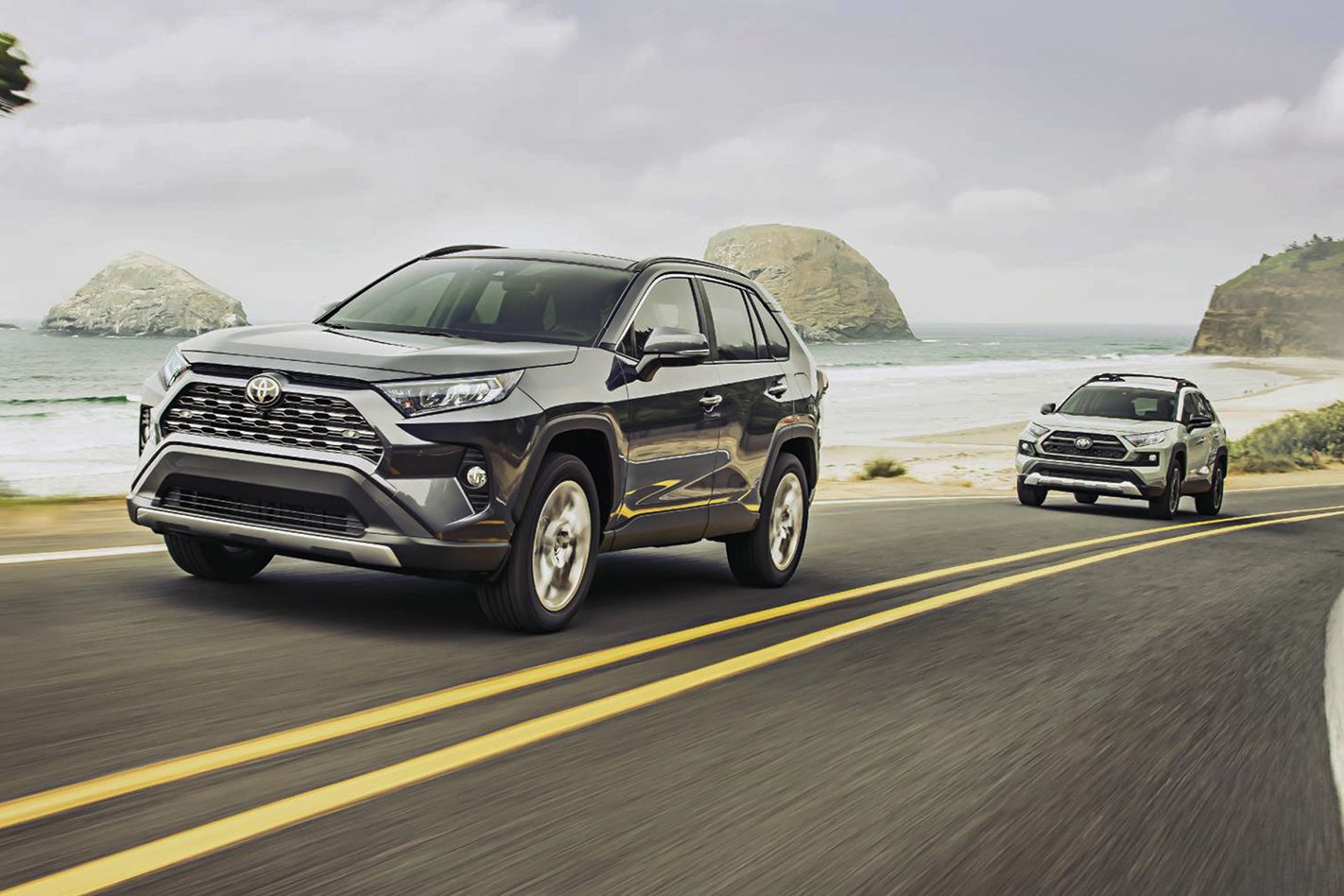 The base 2.0-litre will be offered with the option of a six-speed manual with rev-matching (a segment first) or a CVT automatic, and its 127kW power output represents a significant power jump over the outgoing RAV4 2.0-litre’s 107kW figure. It’s a recurring theme. The new 2.5-litre also generates 20kW more than the motor it replaces, and the hybrid – as the new fuel-sipping alternative to the diesel – produces a sizable 45kW more than the old diesel.

The 2.5-litre will also boast a new eight-speed automatic and the option of torque-vectoring AWD, along with multi-terrain drive modes to help it grip the ground. Able to channel up to 50 percent of drive to the rear axle, the torque vectoring driveline also enables that torque to be fed to the left or right wheels depending on which side has more traction.

Full features, specifications and pricing will be announced when the new RAV4 arrives in the second quarter of next year.