The 2021 Toyota Mirai second-generation hydrogen vehicle has launched in Australia through an extended demonstration program that will see just 20 cars leased by environmentally conscious organisations and businesses.

The new Mirai is being offered on a 36 month/60,000km lease contract costing $1750 per month for three years, which includes fuel. Service costs will be covered by a one-off $2693 payment.

The launch of the new model follows a small-scale trial program that was initiated in 2018 with 10 examples of the first generation Mirai.

Those trials were conducted in collaboration with local Melbourne councils and utility companies, with the cars topped up from a mobile hydrogen refueller.

As well as the ability to produce hydrogen gas, the Toyota Hydrogen Centre features an education centre and the second publicly accessible hydrogen refuelling station in Australia; the first of which opened in Canberra last month.

The Altona facility will be able to produce up to 80kg of hydrogen per day through a 200kW electrolyser that uses electricity to split water into hydrogen and oxygen components.

Power for the electrolyser is drawn from a combination of an 87kW solar array and a 100kW storage battery, or mains grid – depending on what's available at the time.

The hydrogen is then stored in a bank of medium and high-pressure storage tubes to be able to refuel fuel-cell forklifts that Toyota uses in other parts of the Altona complex and hydrogen fuel cell electric vehicles (FCEVs).

Vehicles like the new Mirai, and the Hyundai Nexo FCEV, whose operators will also be welcome to use the Toyota facility, will take up to about six kilograms of hydrogen in their carbon-fibre tanks (in about five minutes), giving each vehicle a range of more than 650km, according to their official WLTP rating.

Unfortunately, this will be just shy of the distance between Altona and Canberra, which means you're unlikely to see a new Mirai outside Victoria or possibly Canberra for a while.

It is still early days for hydrogen in Australia, with Toyota Australia President and CEO Matthew Callachor (below) explaining the Toyota Hydrogen Centre will have an important role in showcasing the benefits of fuel cell technology to governments, industry and the public. 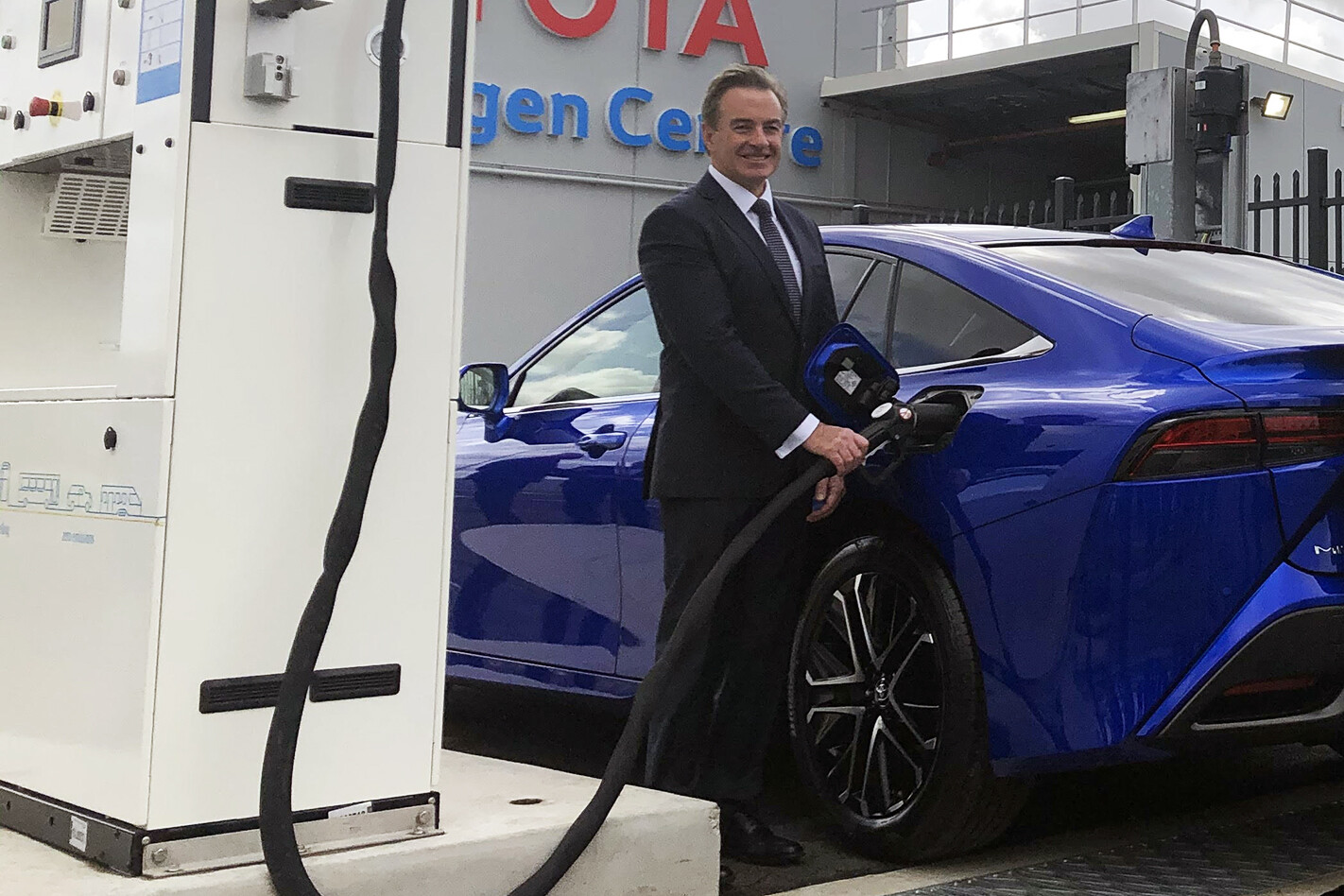 "By demonstrating the viability of renewably-produced hydrogen as an automotive and energy fuel through this project, Toyota and its partners in government and business are pioneering a cleaner, more sustainable future that will encourage the further acceptance of this technology,” Callachor said.

“That’s the reason for building the Centre right here, and also to demystify to the public what hydrogen is. Many people don’t understand what is the difference between a battery-electric and a hydrogen vehicle…we want to actually explain the entire process and also the safety considerations around it, which are extremely rigid.”