Mini has become the latest manufacturer to introduce a pure electric vehicle into Australia’s swelling emissions-free car market but, while it slots into a growing segment, the Mini Cooper SE brings some fresh new features to the arena - and a lot to be liked.

Here are six facets to Mini’s battery-powered hatchback that might steer you away from the combustion cul-de-sac and into Electric Avenue.

Unlike many EVs, particularly at the smaller and more affordable end of the spectrum, the Mini Cooper SE does not blindly pursue outright efficiency at the cost of all driving enjoyment.

One place you’ll find evidence of this intention is in its tyres. Instead of super-low rolling-resistance rubber, the Cooper SE has high-performance Goodyear Eagle F1 tyres. The manufacturer also promises handling and dynamics to match the levels of fun and involvement that its combustion-powered models are known for.

Highs and the lows

A 33kWh lithium-ion battery has been specially T-shaped to slot in under the Mini’s floor with minimal passenger and luggage space intrusion, resulting in cabin dimensions almost identical the standard Mini Cooper Hatch. To increase ground clearance under the Cooper SE’s battery belly, the ride height has been raised about 15mm but, even though the electric version is sitting taller, the position of the battery has actually lowered the overall centre of gravity.

Silence is not golden

Without the familiar sound of combustion to warn other road users of the Mini’s presence, the Cooper SE creates its own sound electronically at low speeds. 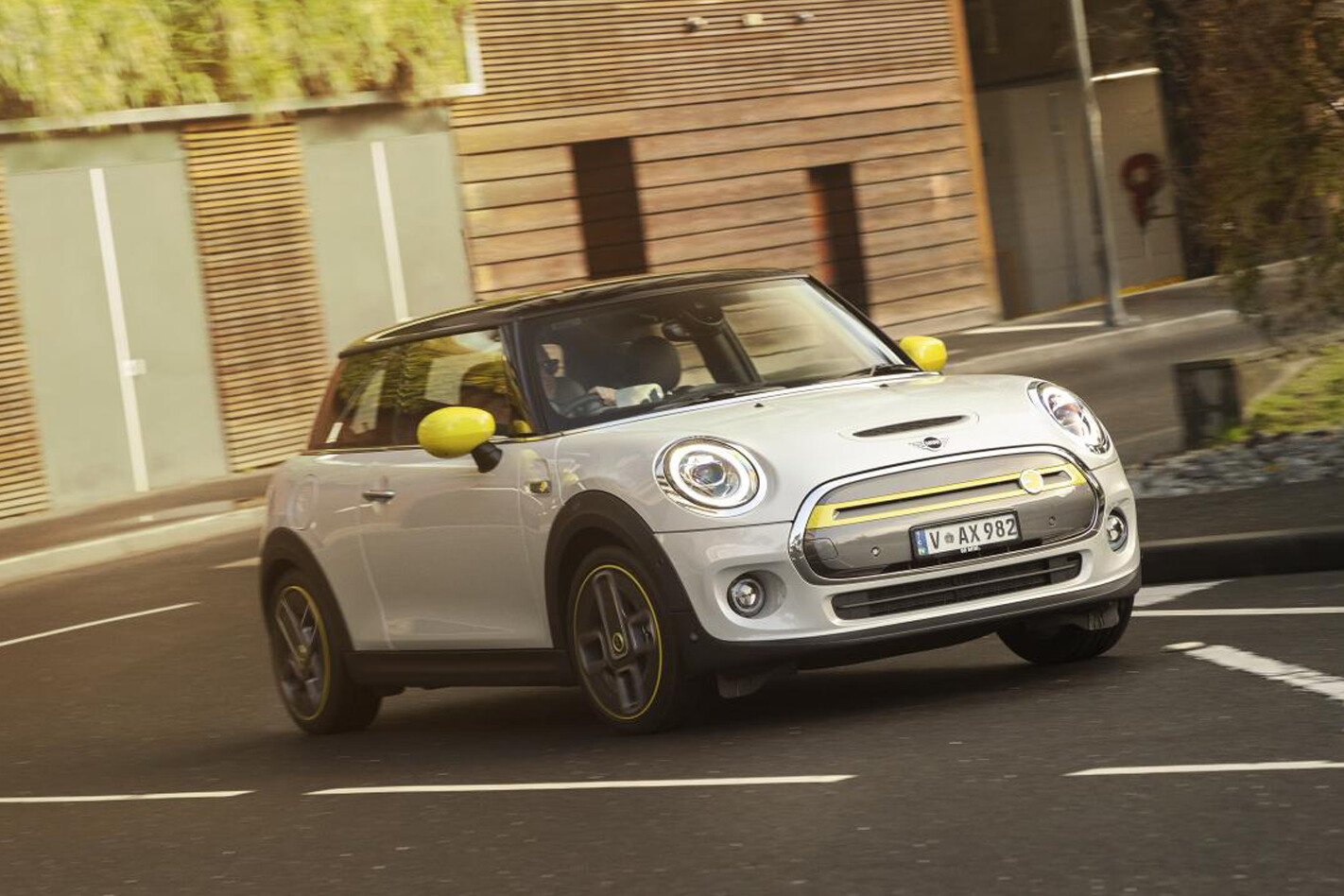 “The voice of a MINI is luminescent,” said BMW Group sound designer Renzo Vitale. “It’s saying: ‘you’ve got a friend close by”.

MORE What will EVs of the future sound like?

Mini has introduced the Mini Cooper SE for the driveaway price of $59,900 (or $54,800 before on-road costs), which might sound like a hefty sum for a small hatchback.

However, there’s another way of looking at this value equation. 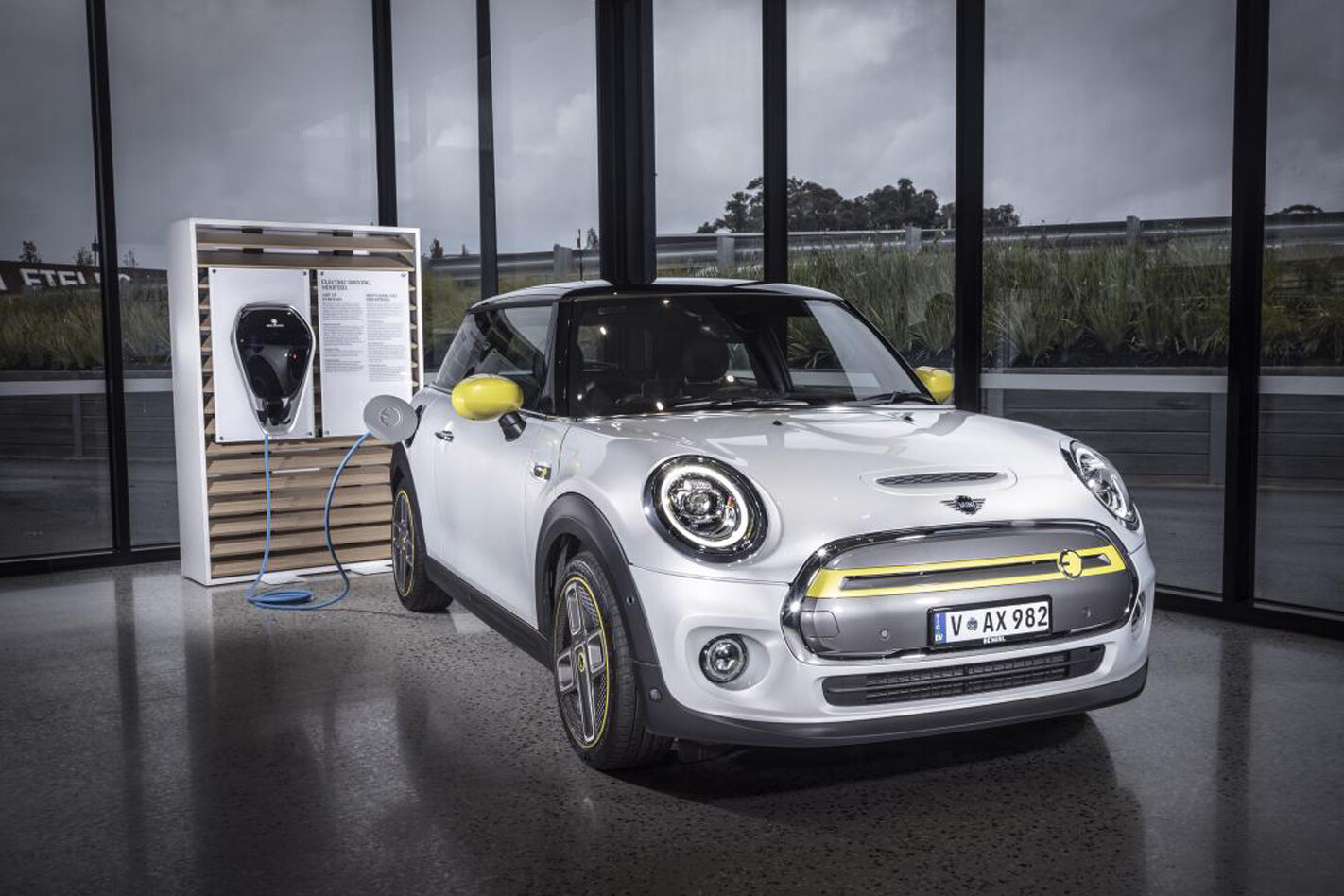 With major technological components donated by the BMW i3, the Mini shares its German cousin’s performance of zero to 100km/h in about 7.0s and range of approximately 240km, but the BMW costs a whopping $15,000 more.

MORE Charging speed matters
Compared with other small models in the EV segment, the Mini asks a premium, but that’s also the case for Mini’s petrol-powered models.

The sales proposition for anything with a Mini badge is a car that offers premium-end performance, German build quality and looks like no other - and the company’s first EV is similarly positioned.

Where the BMW and the Mini differ significantly, is in their styling approach. While the i3 looks like no other BMW past or present (or any model for that matter), the Cooper SE is unmistakable with major body design unchanged from the rest of the three-door line-up.

However, look closer and you’ll find some cheeky design cues that set the Cooper SE apart from everything else in the five-model range. 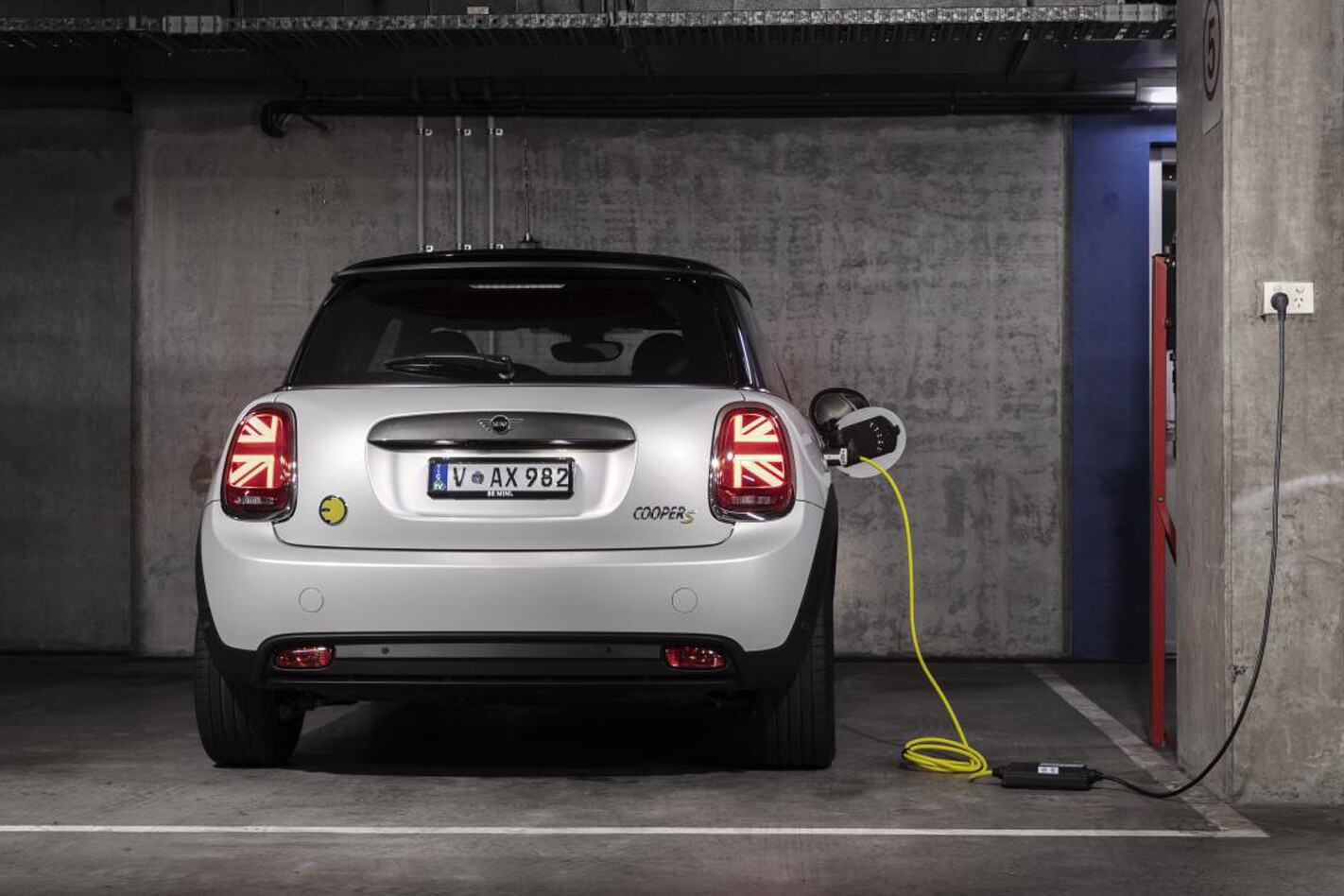 Oddball asymmetrical 17-inch alloy wheels are unique, there are special Cooper SE side scuttles, the grille is almost completely sealed off with an E icon offset to the side, and the exterior can be dressed up in traditional Mini style albeit with a range of lurid colours not offered with other Mini variants.

On the inside there are different driving modes ranging from Sport through Mid to two different Green settings, with a single auto-forward gear there are no steering wheel paddles, and a fully digital instrument cluster is not found in any other Mini - although it does look a lot like the i3’s. That said, the bonnet air scoop is retained from the very first BMW-built Mini Cooper S even though its top-mounted intercooler is definitely long gone.

Despite gaining a battery and electric motor, Mini has managed to keep the Cooper SE’s overall weight low. In fact, it’s one of the lightest EVs money can buy. With its full carbon-fibre construction, only the 1245kg BMW i3 weighs in lighter than the Mini’s kerb weight of 1365kg.

For context, the Renault Zoe is 1480kg, the Nissan Leaf weighs 1580kg, while the Hyundai Ioniq electric tips the scales at 1645kg.

Click back on July 16 when we'll publish our first-drive review of the cool Mini Cooper SE.

MORE Is it time to go electric?