Inventive as ever, humans keep finding new ways to crash cars. Fortunately, automotive boffins keep coming up with new ways to protect us.

It’s 100 years since the first airbag patent was filed (by two dentists from Birmingham) and 20 years since they became ubiquitous, but so long as people keep getting hurt in car crashes there’s still scope for airbags to improve, as demonstrated by four new developments.

Honda has co-developed a front airbag that should reduce injuries in many types of crash, particularly angled frontal collisions.

MORE Everything you need to know about airbags

Mercedes has shown a new rear airbag that’s designed to be gentle with the kids it’s meant to be protecting, and a front bag made with self-driving cars in mind. And ZF has demonstrated an external airbag to reduce the severity of injuries from side impacts.

The Merc and ZF bags are not yet ready for production, but the new airbag jointly developed by Honda and Autoliv (the world’s largest automotive safety supplier) will start appearing on Honda cars, initially in the US, in 2020 (below). 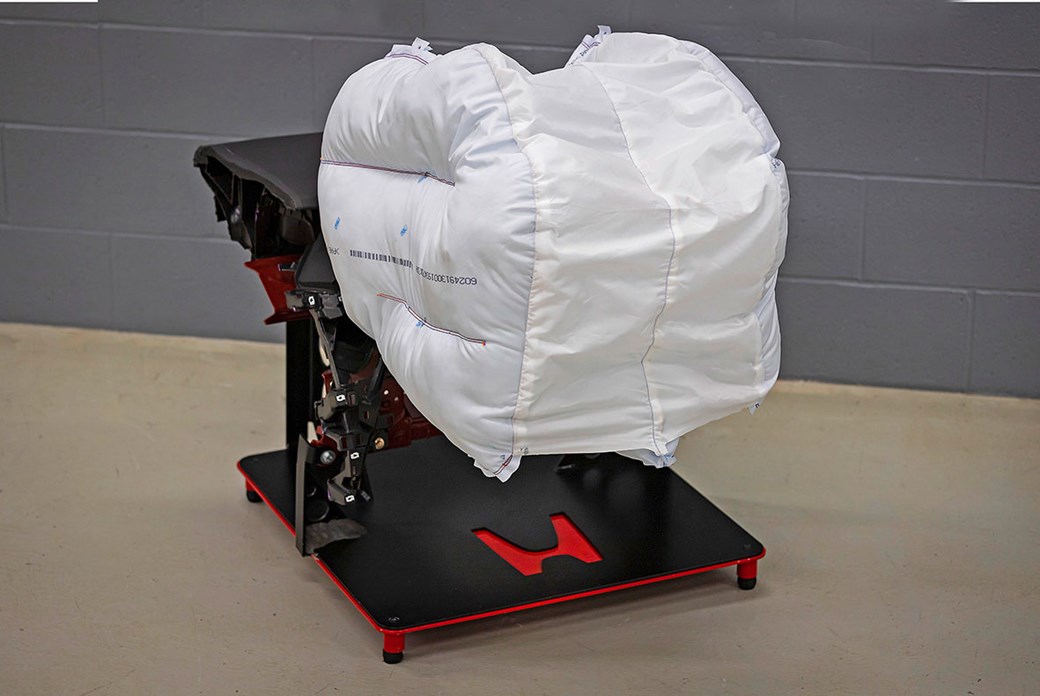 Instead of the familiar single inflatable chamber, it has three bags and a fabric panel. The result resembles a baseball catcher’s mitt, catching and slowing the head, and simultaneously pulling the side chambers inward to cradle and protect the head.

Where a conventional airbag can struggle to stop your head rotating severely or sliding off the inflated bag, painfully, in an angled crash, this should give you a better chance.

Mercedes has a driver airbag fitted in the dash, not the steering wheel, enabling it to be bigger and more effective. And its prototype rear airbag uses inflatable tubes, making it better able to adapt to the great variety of passenger shapes, sizes and postures it has to handle.

The tubes are similar to the air hoses used in ‘air tents’ as an alternative to poles. They’re inflated with compressed gas and unfold into a wing-shaped framework. A large airbag that fills up with air from the cabin is suspended between the wings.

In a frontal impact, the airbag can reduce the loads transmitted to a rear passenger’s head and neck by up to 30 per cent, claims Merc.

ZF says its prototype pre-crash external side airbag system is a world first. It deploys milliseconds before a collision, expanding upwards from the door sill. This forms an extra crumple zone, but on the side rather than at the front or back, to complement the familiar rigid occupant cell.

1. I am the passenger
When drivers are no longer required to drive they’ll still need protecting in accidents. Merc’s dash-mounted airbag will be ready for the time when the steering wheel can be retracted during autonomous driving. 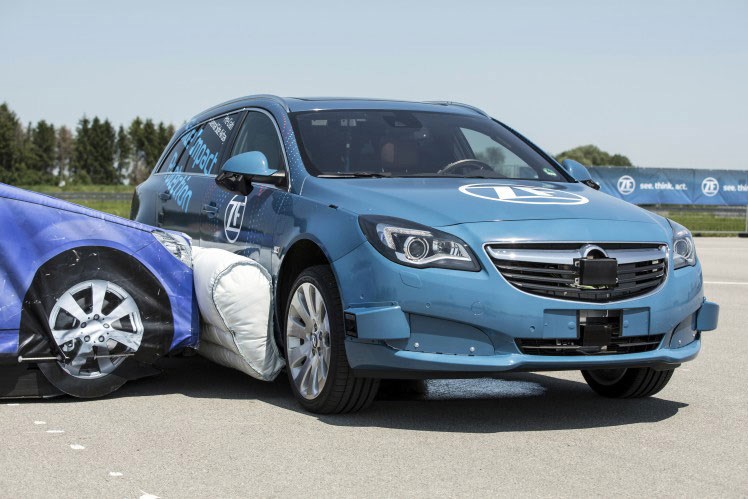 2. T-bone mistake
ZF external side airbags rely on data from sensors being crunched through bespoke algorithms in 150 milliseconds to assess if an unavoidable crash is imminent and if airbag deployment will help.

3. In your face
Merc’s dash-mounted front airbag requires the steering wheel to be flat-topped – practical now thanks to progress with electric power steering.