Audi is continuing to develop and invest in sustainable technologies that complement its growing range of zero-emissions vehicles, and has elected 2030 as the year it will shrink its carbon footprint to zero.

Following in the tyre tracks of the 2019 e-tron, Audi will roll out a stream of emissions-free, fully electric models over the coming years, but a holistic carbon-reduction strategy will gradually shut off the company’s CO2 taps in parallel over the next decade. 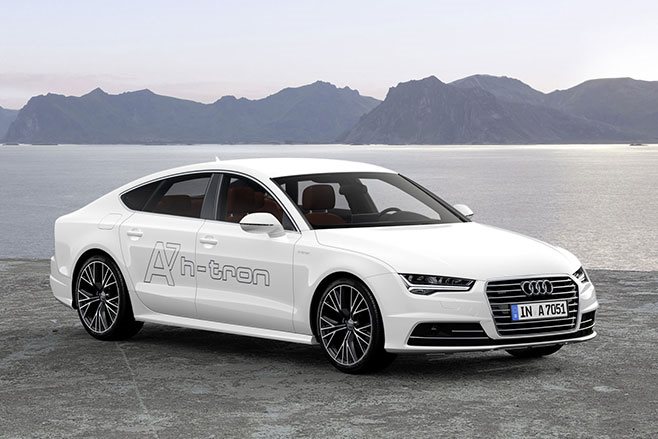 Speaking at the IAA Frankfurt motorshow, Audi Sport joint managing director Oliver Hoffmann confirmed the company’s ambitious forecast and how it intended to get there.

“We are working to be CO2 neutral by 2030,” he said. “By 2025 we will have 30 electrified models and out of them 20 fully electric cars. We are focusing on new technologies and electrification, and we have a clear electrification strategy for the high-performance segment."

Audi is already on the path to zero carbon with various initiatives by parent Volkswagen Group already well under way. In 2015, Lamborghini’s Sant’Agata factory was certified as carbon-neutral and Audi is even developing fuels that will allow combustion-powered cars including relatively thirsty Lambos to run carbon-neutral.

Revolutionary fuels such as e-diesel and e-petrol are produced using renewable energy and use carbon dioxide waste from large scale industry as the key ingredient. 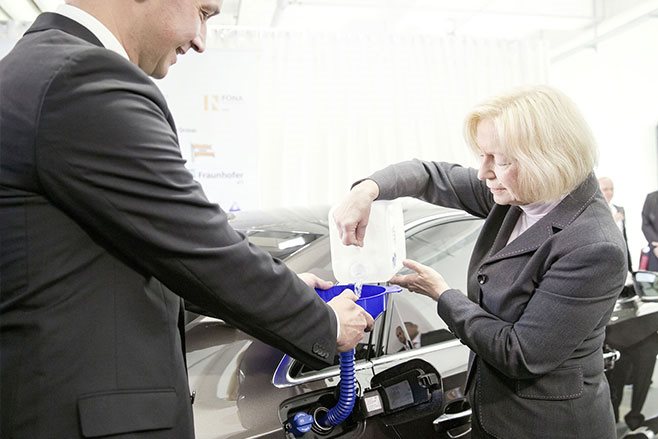 Filling up with Audi's first batch of e-diesel

“For us it’s very important, especially for our production plants. I think there is a total change of mind and people thinking about the complete chain for vehicles. Electrification makes sense when the electricity is sustainable.

“We are in contact with the government and the energy suppliers to change it. But you will get pressure when the customer changes their mind.”

Sixty five percent of Germany’s energy is produced using renewable sources including wind, solar and HEP with ambitious targets to increase that figure. For context, Australia’s renewables contribute just over 20 percent to the national total. 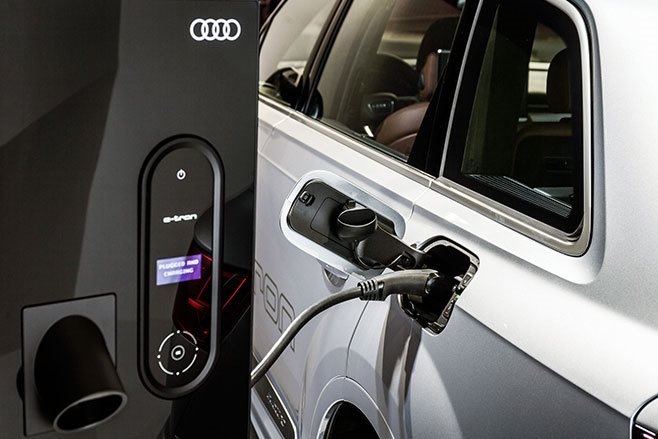 While the current range of emerging electrified Audis relies heavily on battery technology, hydrogen as a fuel will also start to feature in the range. But, according to Hofmann, fuel cell systems will not replace existing battery storage.

“I don’t think it will be the step after battery electric mobility,” he said. “I think we will get it in parallel. First for heavyweight cars because it’s the perfect solution for lorries and long-range cars, SUVs with high weight. There is no this or that.”

The company is already heavily invested in hydrogen research with its h-tron vehicles, alongside other alternatives including gas-powered g-tron concepts. 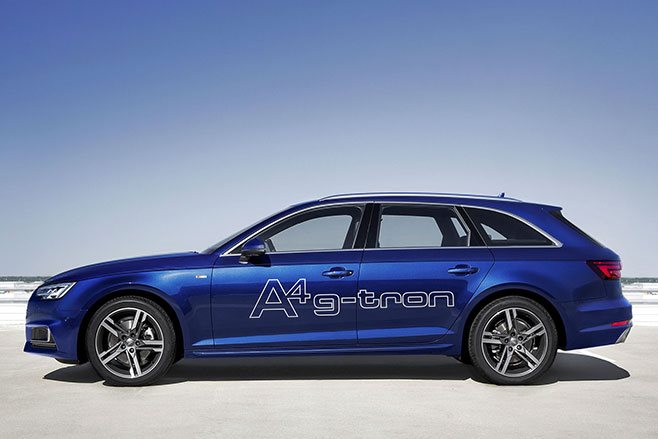 As one of Volkswagen’s high-performance halo brands, Audi has a tricky balance to maintain as it advances into a relatively unknown electric future and both serving its loyal customers while reducing carbon outputs are the guiding principle.

“On the one hand we have the customer demand and on the other we have to deliver technologies focusing on C02 and neutral mobility.

“It’s not our way to say everybody has to drive an electric scooter.” 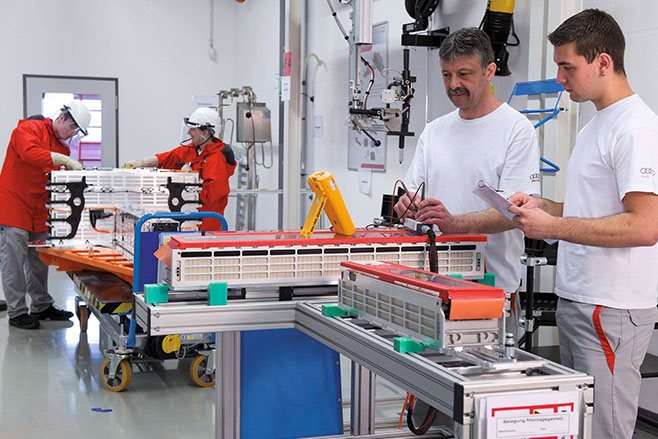 And that mission statement means the company will continue to deliver vehicles that are fast, fun and tread lightly on the planet, it says.

Next year, the company will launch its e-tron GT – a vehicle that has much in common with the Porsche Taycan including monstrous performance, followed by more driver-focused models that roll on a Porsche partnered PPE platform. 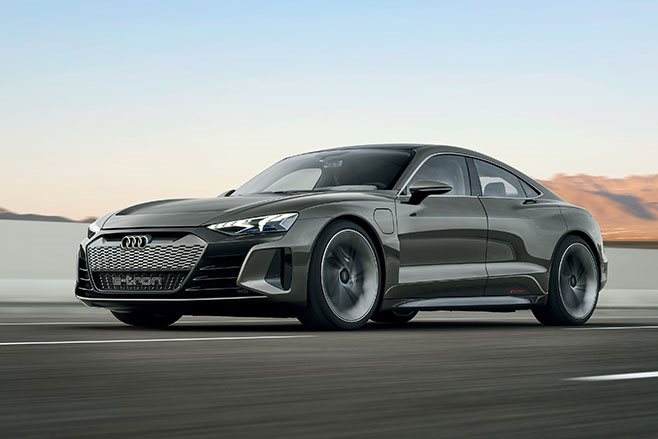 When asked if the electrified future of Audi could accommodate a successor to the sports halo R8, Hoffmann said an electric car will one day wear an RS badge but one with the esteemed R8 moniker was still in discussion.

“There will be a sportscar to follow the R8 but there’s no decision regarding name or the concept.

“To say ‘born on the track and built for the road’, this can also fit for electric cars. We are working on concepts and this is a platform for customer racing. We have to focus on the whole story and what is the right sportscar for the future.” 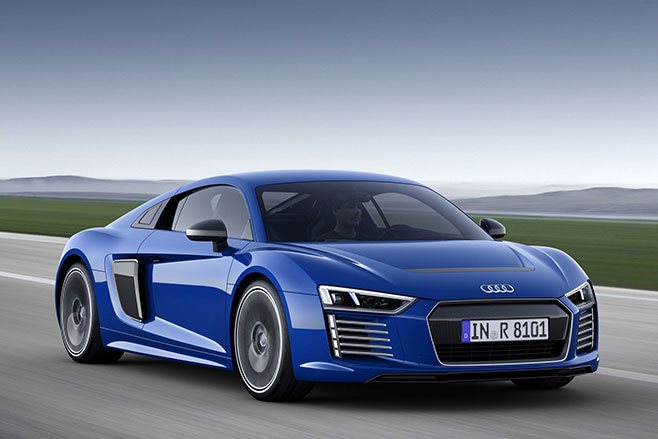 And if that isn’t quite green enough for your environmental sensibilities, the company is developing special paint which reflects more heat than traditional finishes to reduce air conditioning losses, and even a completely vegan specification for the e-tron GT. 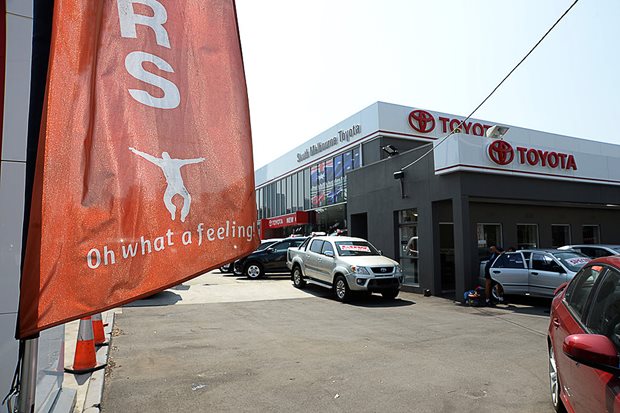