It’s quick, it’s controversial, and it just may be the hottest hatch yet.

Ford has finally released its highly anticipated RS-badged five-door Ford Focus to the Australian market with a $50,990 price tag.

Despite a retail price lower than its predecessor, the latest iteration of the Blue Oval’s hot hatch boasts more power, more features and a more sophisticated electronics package to create a car which Ford Australia says has already sold out its first allocation. 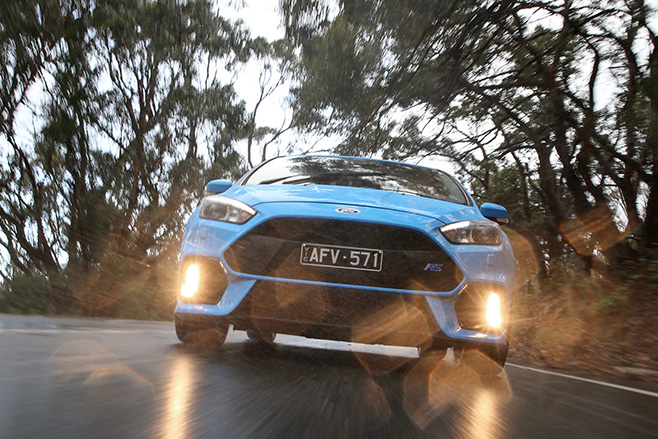 RS – which, for the trivia buffs, stands for Rallye Sport – denotes the brand’s performance-oriented models and the Focus is the latest of 12 models Ford’s Performance arm will release globally between now and the end of 2020.

As you’d expect, the interior is more sport than luxury, but the newest Ford Focus RS appears to blur the line pretty well. As well as bolstered sports seats, chrome pedals and a flat-bottomed steering wheel, there’s the firm’s voice-activated SYNC infotainment system — equipped with satnav and a rear-view camera — which uses a full-colour eight-inch touchscreen. 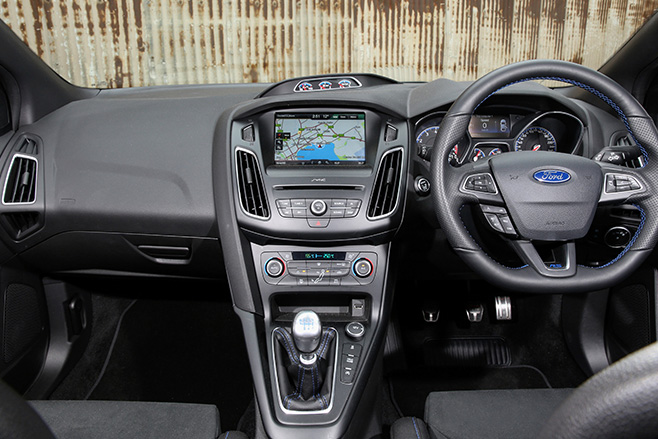 Under the bonnet, the EcoBoost engine – which drives all four wheels all the time – is a 2.3-litre turbo-charged four-cylinder engine capable of 257kW of power and 440Nm of torque and matched to a six-speed manual-only gearbox. It’s offered with launch control as well as four selectable driving modes which, depending on what’s selected, will cleverly adjust the steering, engine, stability and exhaust characteristics for a more (or less) engaging driving experience.

The Focus RS boasts four driving modes. Normal and Sport mode are your on-road options, and when the opportunity for closed-road action presents itself, you have your choice of not just the infamous Drift mode – which has attracted its fair share of condemnation from road-safety bureaucrats and manufactured outrage from ‘social commentators’ alike – but the less-discussed Track mode as well. 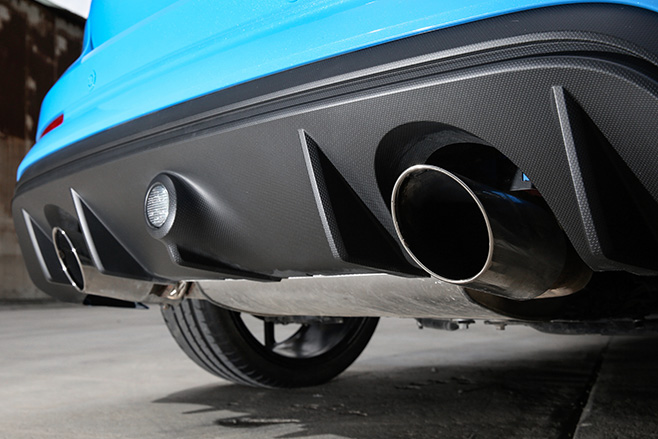 Much like the exhaust note in any mode other than Normal the car’s hero colour – called ‘Nitrous’ – and styling could also be described as somewhat loud. Portraying its sporty intentions is a rear-mounted spoiler and low-mounted diffuser at the back of the car while its aggressively styled front bumper and wide grille design looks like it means business. It’s available in four colour options, black, white, grey or blue and with the first 300 Focus RS models in Australia already spoken for, Ford Australia says that while it’s working hard to secure more stock from the German-based factory, it isn’t expecting deliveries before 2017.