To satisfy the huge local demand, Ford Australia has confirmed that an extra 2000 Mustangs are on their way. The shipment will arrive late this year and will be the first to sport Ford’s new Sync 3 infotainment system.

The Ford Mustang’s move to Australia this year has been successful, to say the least. In fact, the famed muscle car sold out locally before anyone even got the chance to drive it on Oz shores.

A massive 6000 orders for the mighty pony car have been taken, topping Ford’s projection by 25 per cent, making the Mustang Australia’s best-selling sports car this year. Ford has announced they will be bringing extra units to Australia to help ease the larger-than-expected waiting list that stretches out all the way to late 2017. 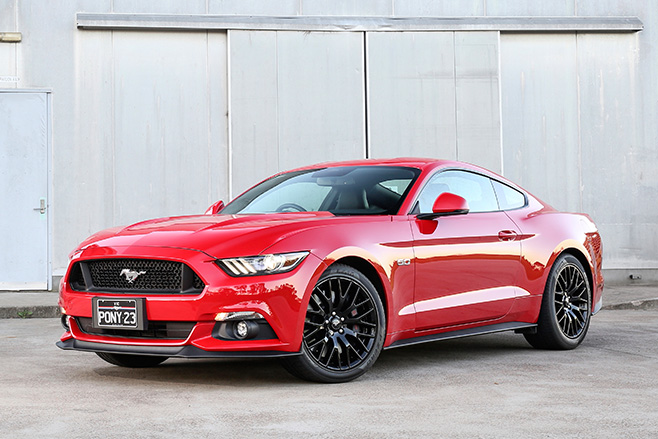 “The 2000 extra Mustangs heading for Australian shores demonstrates the excitement around the vehicle, and it validates Ford Australia’s commitment to invest in expanding our performance vehicle line-up to five models this year,” said Graeme Whickman, President and CEO, Ford of Australia.

Unfortunately for 2016 Mustang customers, the new units will not be available until 2017 and will boast updated features such as new paint options, a spare wheel and a new infotainment system, Sync 3, which is much more than a simple software update. As a result, owners of the current Mustang will not be able to upgrade their system.

The Sync 3 system is a complete overhaul of the technology it replaces and is said to be much faster and easier to use. The Sync 3 aims to be better for driving with ‘smartphone-like’ controls using Apple CarPlay and Android Auto. In response to complaints, users of the new system will experience more intuitive voice control features and more advanced speech recognition capabilities. 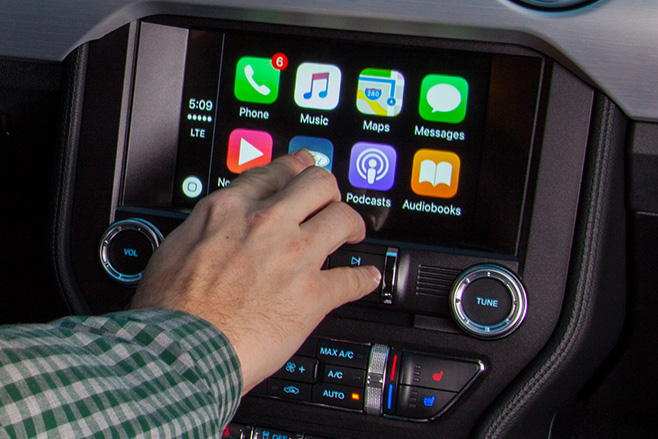 The arrival of the new units will also provide new car colour options including Lightning Blue, White Platinum Tri-Coat and Grabber Blue. With the introduction of these new colours, existing options such as Deep Impact Blue, Competition Orange and Guard will be retired.

The four-cylinder EcoBoost variants will get a 19-inch steel spare wheel. However, the V8-powered Mustang GT misses out on this new feature due to its big Brembo brakes.

Despite the upgrades to the new units, Ford Australia is not altering Mustang pricing.

“Mustang has a bigger role as a flagship for innovations such as EcoBoost engine technology that we offer on other vehicles such as Focus and the Ford Kuga SUV to give customers a great blend of fuel economy and efficiency,” explained Graeme Whickman.