How to choose the best new car colour

Getting a black or white car is the popular option, but is it the best option? Check out our surprising stats on today’s car colour trends.

Back in the 70s, it was the epitome of style to have a lush green or maroon hue coating one’s car.

But what were once hero colours of the hip era are now some of the least attractive – unless it lacquers a cult classic or collectible, a green or maroon hue is now, by the numbers, globally unpopular as a car colour.

So does a car’s colour affect its resale value, and does it make it more difficult to sell the car when it comes time to move on? Conversely, what are the most fashionable colours today’s buyers want?

It’s not hard to guess the most popular colours in today’s automotive marketplace: just watch the oncoming traffic and one will be hard pressed to find colours outside of the monochrome spectrum of black, white and grey. 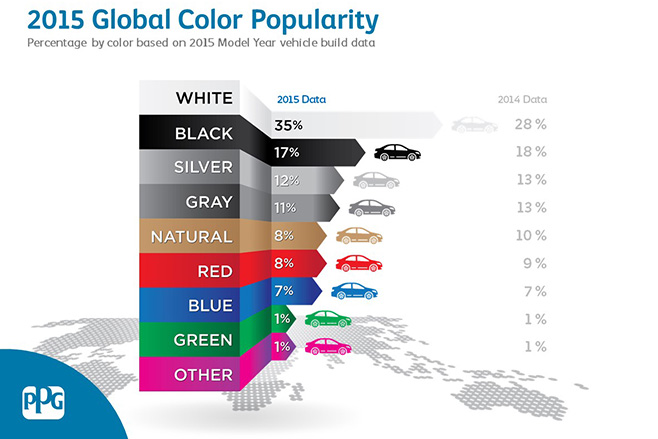 The annual PPG Industries Automotive Colour Popularity survey provides all the facts and figures required. The global data PPG collects each year (pictured above) is an industry standard on popular paint trends, and its most recent results from September 2015 revealed that good ol’ white was the most popular colour at 35 per cent (up 7 per cent from 2014), followed by black (17 per cent) and silver (12 per cent).

In the Asia-Pacific market (pictured below) white was even more popular, polling at 44 per cent (up 13 per cent on 2014), followed by black at 16 per cent, with natural/earthy colours and silver tied at 10 per cent each. Grey was further back at 7 per cent.

Fleet sales and hire cars have a hand in this percentage, but by and large we’re obviously a conservative bunch. These colours have been at the top of the charts for many years now, and when it comes to resale, there will be plenty of eager buyers lining up for them.

Given this evidence, why would one buy a bright-coloured car? Well, for one, it can be a saving grace when it comes to safety. 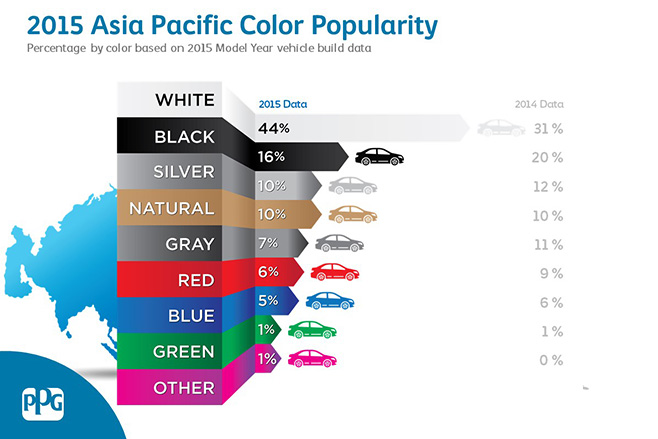 It also found low visibility colours are at a higher risk of more severe crashes. So one of the safest car colours is white, but second in line is yellow – a colour that was ironically one of the fastest depreciating a decade ago, and is still on the outer.

Also affecting dark cars are washability and paint-scratching issues. As cars are made of steel and typically covered in a light base-coat of paint before receiving their final layers, scratches can show up more easily on dark cars than on light-coloured cars.

A bad buff can leave swirls and whorls in the paint, and dust and dirt also show up more easily on a dark car, particularly one that is metallic or pearlescent. 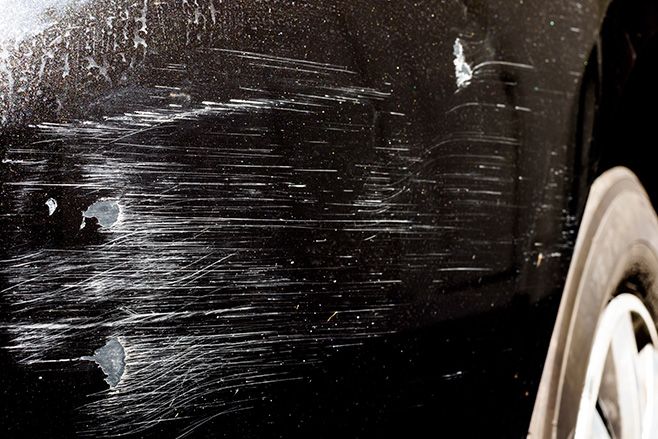 So it’s obvious why white is the most popular, but what about the other bright colours?

Unfortunately a gaudy or loud colour can not only lose popularity as trends change, but it can also cost you time as the car sits and waits for that one buyer who wants to stand out from the crowd.

In comparison, a plain white vehicle can be snapped up much quicker by the collective of conservative car buyers. However, this doesn’t necessarily mean it demands a higher price. While there may be many people lining up for the top-rated paint, those rarer buyers wanting a bright colour, particularly a limited-edition paint job, will often shell out a bit more for their hue of choice. It just may take a bit more time for them to find you. 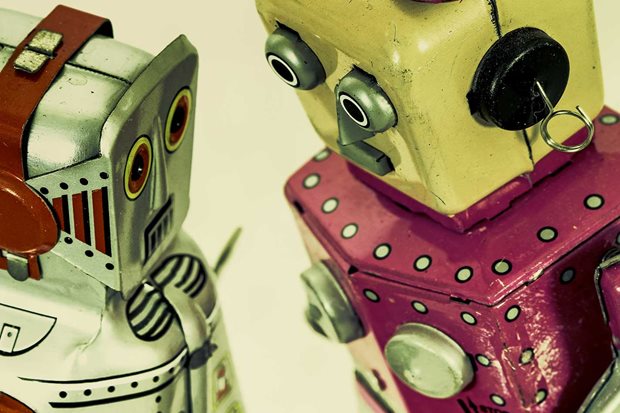 Battle of the sexes: Is there such thing as a 'girl's car'?

Corby investigates whether there’s still such a thing as girl’s cars and boy’s cars?