Honda has pulled the covers off its all-new Civic Hatch prototype, revealing a radical design that “reinvents conventional compact styling” according to the brand.

Honda has pulled the covers off its all-new Civic Hatch prototype, revealing a radical design that “reinvents conventional compact styling” according to the brand. 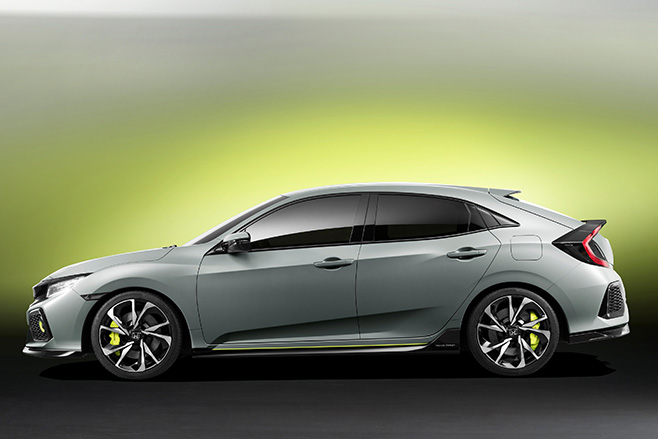 This prototype offers an early look at the bold design characteristics we can expect to see when the Civic Hatch reaches production.

In recent times Honda has shown concepts quite close to their production versions (Honda Civic Type R, for example), and the Civic Hatch prototype looks close to fully formed to our eyes. 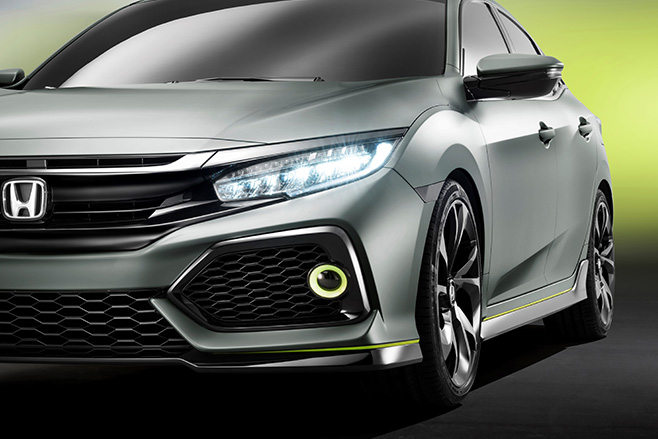 The front of the car features a familiar Honda ‘face’ plus LED headlights and daytime running lamps. A sculpted bonnet sits above the sharp front bumper that incorporates large air intakes and fog lights.

The Civic Hatch prototype is wider, lower and longer than the current generation, with bigger wheels and tyres for a more imposing and sporty stance. At the rear, a boot spoiler is integrated into the distinctive C-shaped tail lights. The aggressively styled rear bumper houses central exhaust tips. 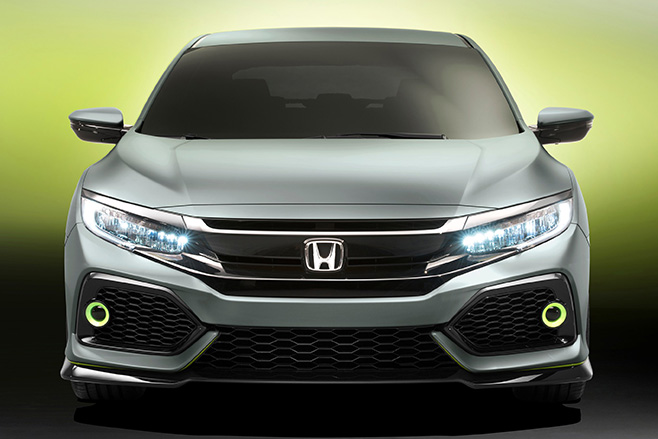 “This tenth-generation Honda Civic Hatch is the sportiest remake of the Civic ever,” said Honda Australia Director, Stephen Collins. “This is an exciting new chapter for a much loved Honda nameplate. The all-new sedan will arrive mid this year and then Hatch will follow, and then Type R.”