There is a fleet of golden supercars cruising the streets of London. Because? Well, rich people.

In a bid to escape the extreme heat of the Middle East, wealthy car collectors from the region are flying to London and taking their toys with them.

Over the weekend, an anonymous billionaire from Saudi Arabia displayed his flotilla of golden luxury cars outside the five-star Mandarin Oriental Hotel near Hyde Park, before taking them for a drive through Kensington. 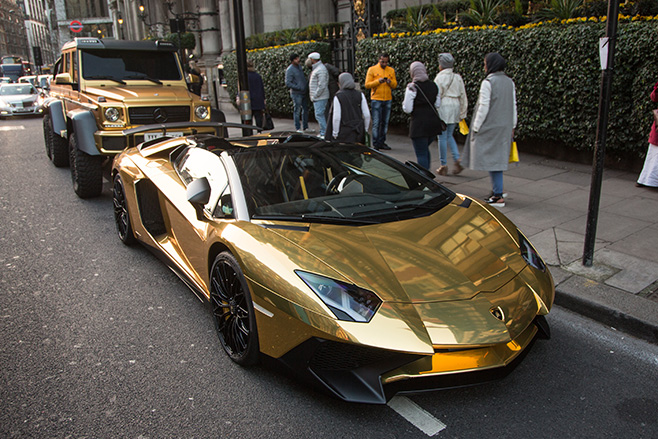 But this wasn’t just any convoy of supercars. The group of noise-makers included a Mercedes-Benz G63 six-wheel off-roader, a Bentley Flying Spur, a Lamborghini Aventador SV, and a Rolls-Royce, all said to be worth around AU$2.4-million. 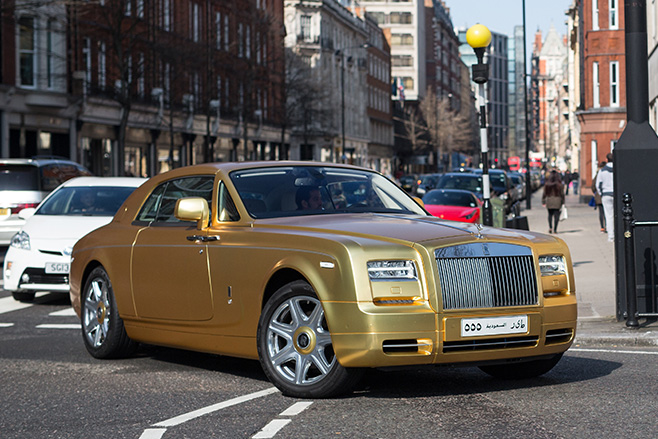 Unfortunately for the drivers, after complaints from local residents during last year’s season, the Royal Borough of Kensington and Chelsea introduced a Public Space Protection Order in Knightsbridge which prevents the drivers from revving their engines, rapidly accelerating, racing, performing stunts, causing obstructions, sounding horns, or leaving the engine of a stationary car running. Fines are in place for anyone breaching the order.

Then again, if you can afford to fly to London with your gold supercars, a thousand dollar fine probably isn’t going to do you much harm. 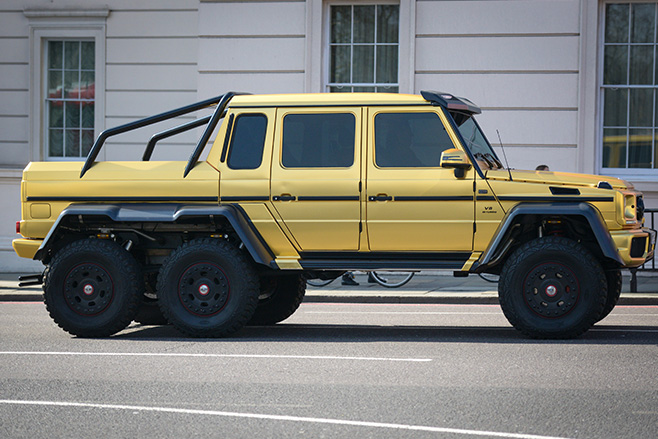 Looking for more? We have you covered with the top 10 most expensive cars.