The Holden Colorado ute and Colorado 7 SUV will be updated in late 2016, and the first signs of what to expect can be seen in two new concepts created in Australia for the company’s sister brand Chevrolet.

The Chevrolet Xtreme and Trailblazer Premier show models have been unveiled at the 2016 Bangkok motor show, previewing some of the visual changes for the ute and SUV respectively as well as the potential for an expanded accessories line-up.

Holden says the vehicles, built at the company’s Port Melbourne facilities in collaboration with GM Brazil and GM Thailand, provide a strong hint at a future design direction for both Holden and Chevrolet. It’s the near-future in the case of the front of the concepts, which indicate a better execution of the grille, headlight and lower bumper combination for the Colorado models. 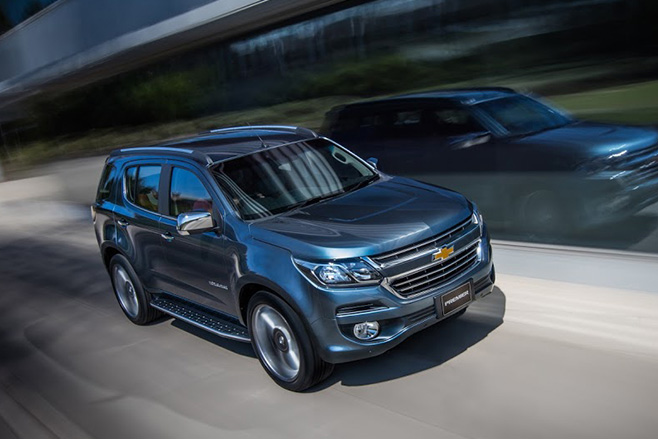 The interiors of the concepts also reveal how Holden and parent company General Motors are addressing criticisms of the current Colorado’s cabin, which focused on both design and quality issues.

A dramatically redesigned dash promises a much-needed improvement in perception of quality, while the sophisticated addition of the 8.0-inch colour touchscreen can be expected in the production models that emerge later this year. 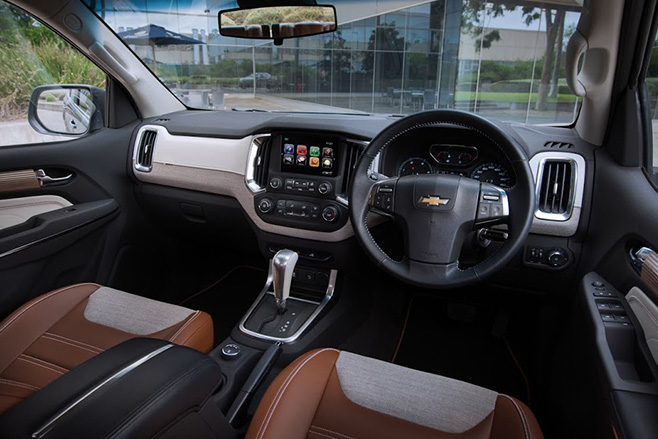 Each concept also showcases different design approaches for two models that are based on the same underpinnings. The Xtreme adopts a tougher look inside and out, while the Trailblazer focuses on a luxury angle.

They suggest future production versions of the Colorado ute and Colorado 7 SUV could have greater visual differentiation than the current twins. 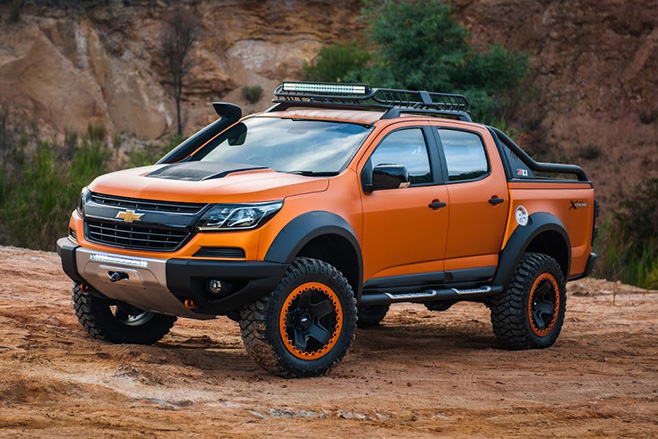 The Chevrolet Xtreme also responds to the trend for ute buyers to personalise their vehicles by presenting a range of accessories that could one day feature on a showroom options list.

They include a front Safari bar complete with integrated LED lights and winch, and a custom tub liner that features an integrated spare wheel mount. 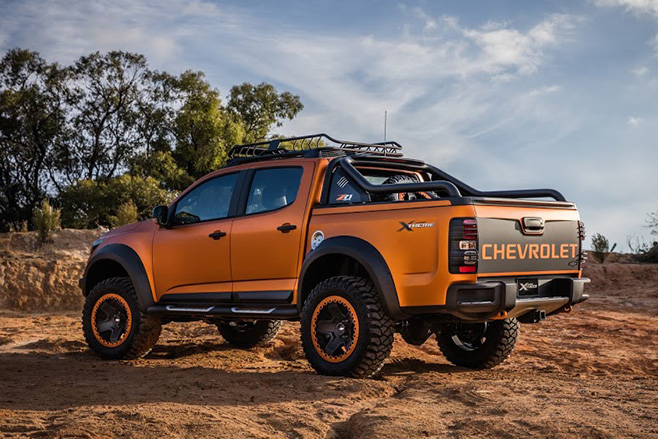 “Our focus here was about pushing these vehicles in two completely different directions, ensuring they are standalone vehicles in their own right,” said General Motors International vice-president of design, Mike Simcoe.

“It is great to have the opportunity to showcase design possibilities today that could be developed and seen in the cars and trucks of tomorrow.”

Click here to read the full review on the current-generation Holden Colorado range.