How A-ha made Norway take on EVs

Norway leads the world in terms of electric vehicle (EV) uptake, with more than 50 percent of vehicles sold there during 2020 running only on battery power.

The Scandinavian nation has become an example to the rest of the world on how subsidies and other incentives can expedite the uptake of EVs. And while the Norwegian Government deserves credit for its forward-thinking EV policy, it wouldn’t be so far down the track if not for one of the country's biggest exports – pop band A-ha.

In 1989 two of the trio, lead-singer Morten Harket and Magne ‘Mags’ Furuholmen, were in Switzerland with Norwegian environmentalist and co-founder of environmental group Bellona, Frederic Hauge (below), for an electric vehicle conference and came across a Fiat Panda that had been privately converted to run on batteries. 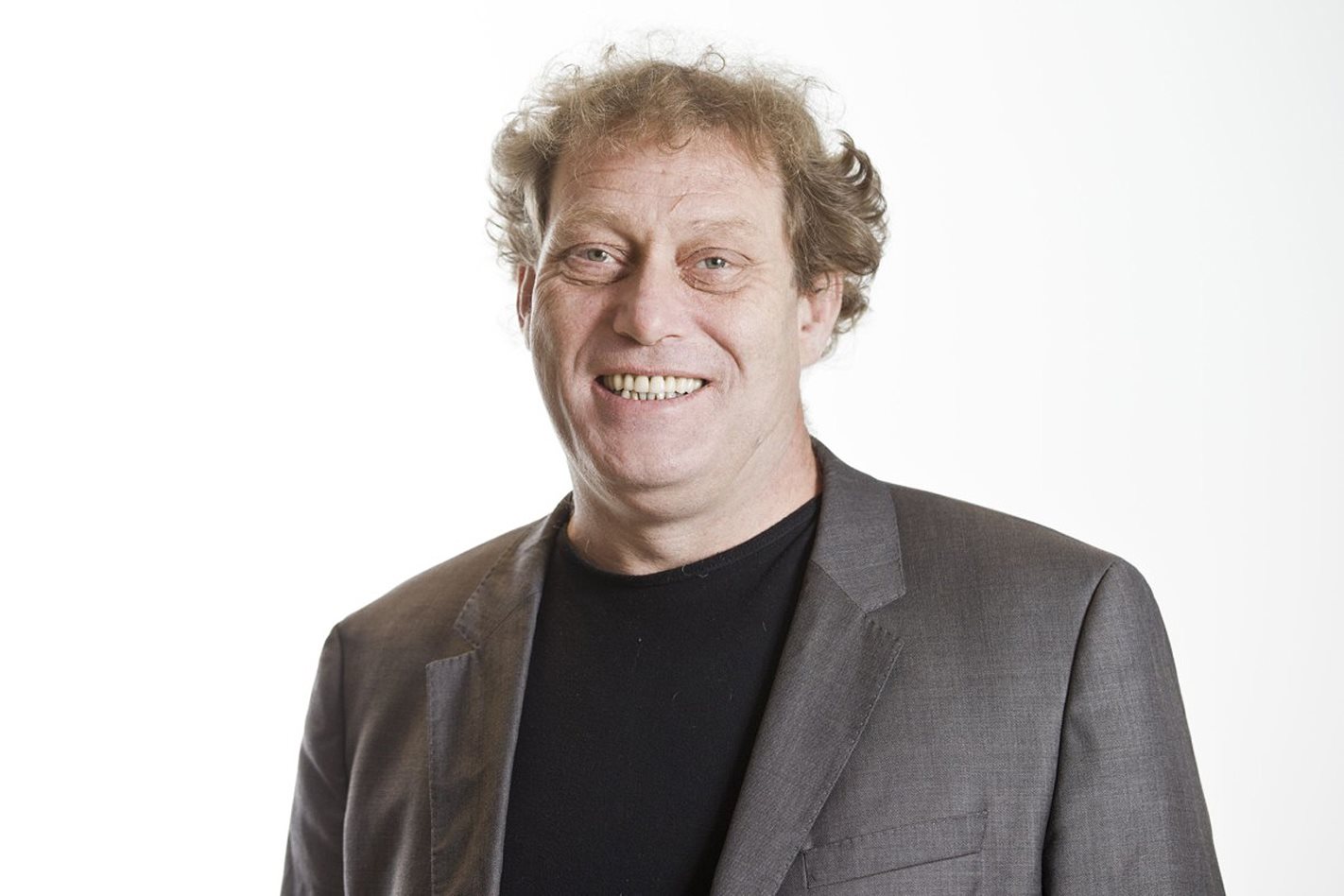 They purchased the car and took it home and, despite having a range of just 45km and being able to seat just two people, they famously drove it around Oslo and stubbornly refused to pay road tolls and ignored all the subsequent fines.

Their actions have become folklore and have been credited with leading the government to abolish road tolls for electric vehicles, two of the key incentives that resulted in Norway's EV revolution.

But Oslo-based senior scientist at the Center for International Climate Research (CICERO) Robbie Andrew reckons A-ha, Hauge and their Fiat Panda actually did a lot more to make EVs an affordable option for the average motorist in a country where high taxes made buying conventional cars almost prohibitive.

In an entertaining Twitter thread at the weekend, Andrew [@robbie_andrew] said A-ha "was critical in the introduction of electric car incentives in Norway" beyond the scrapping of road tolls.

In 1989, two members of the group, Morten Harket and Magne Furuholmen were in Switzerland with environmentalist Frederic Hauge, when they came across a hobby-converted Fiat Panda. Stated range: 45 km. They snapped it up and imported it to Norway.

“On arrival in Norway, the regs didn't accommodate the registration of electric cars, so it couldn't legally be driven on the road. Since it had a propane-fuelled heater, just like a motor home, they registered it as a motor home,” Andrew tweeted.

MORE: How Aussie EV subsidies stack up against the world

“Moreover, in contrast to petrol cars, diesel cars paid registration fees based on how far they were driven, and our heroes thought this should also apply to electric cars. So the two-seater Swiss-converted Fiat Panda was registered as a diesel motor home in Norway.”

It should be pointed out it was Hauge’s organisation Bellona that did all the work in getting around the regulations being clarified, making it easier for those who would later register electric cars.

That was in 1990 and ever since electric vehicles have been exempted from Norway’s substantial registration transfer fee which for new cars ranges from 4332 Krone (AU$660) for vehicles weighing up to 1200kg, to 6595 Krone, or just over AU$1000 for heavier cars, which includes most hatchbacks.

Andrew’s tweets also added more details about how A-ha and Bellona led to road tolls being abolished for EVs, tweeting: “They were unhappy with "disincentives" to owning an electric car, including road tolls. So they drove repeatedly through toll stations without paying. Every time, they received a fine, which they didn't pay. According to the rules, the car was then confiscated. 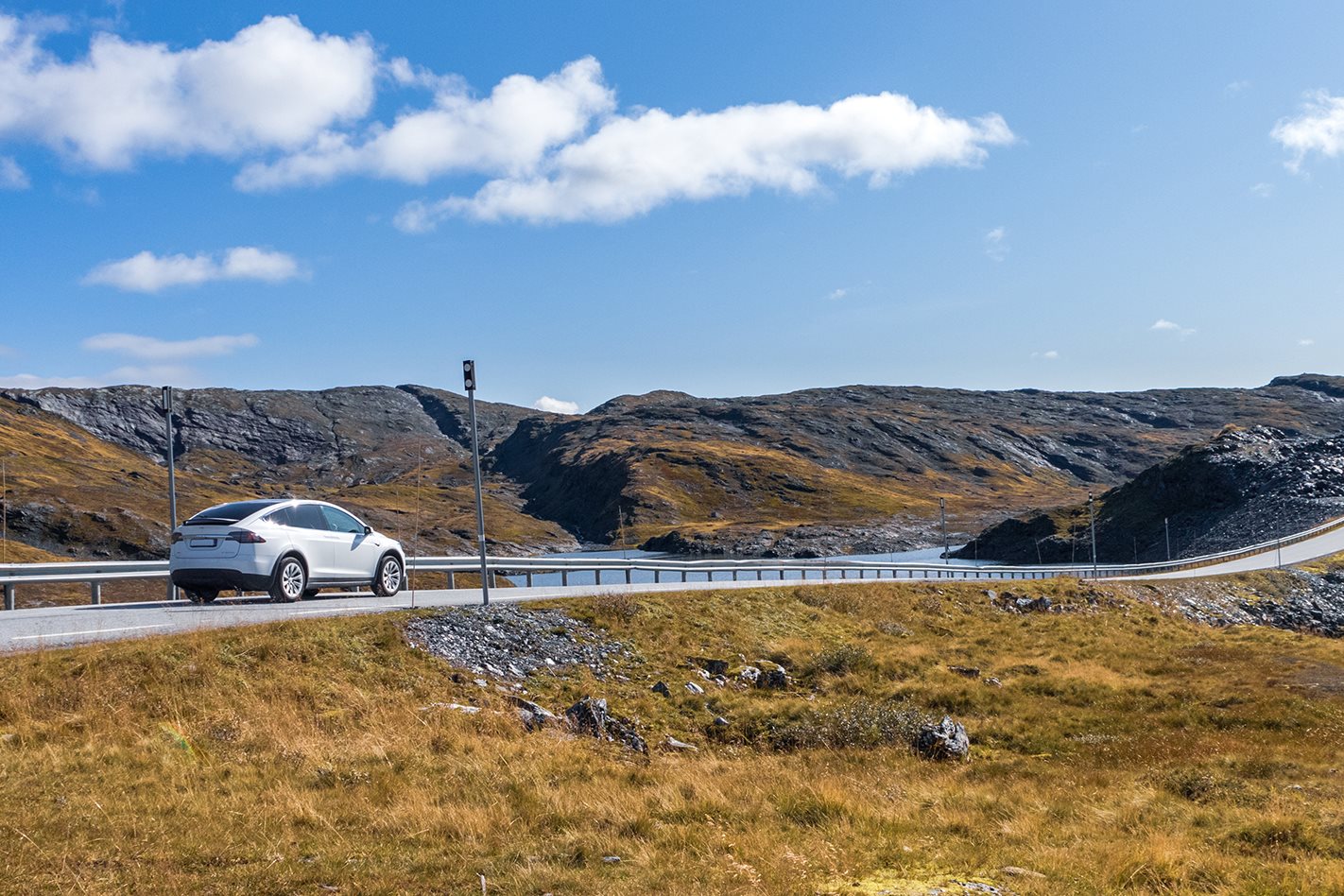 A Tesla Model X drives across Norway on a toll road - after 20 years of free access, EVs now pay 50 percent of the toll charged to ICE vehicles.

“When confiscated, the car was auctioned, but since no-one else wanted to buy the car, only our heroes were at the auction to buy it back again. They drove without paying tolls, car confiscated again, car auctioned again, bought back again... and this went on, and on, and on.

Because of A-ha’s involvement, this attracted plenty of media attention and in 1996 the government of the time caved and allowed the few electric vehicles in Norway to travel for free on the country’s toll-road and ferry network. The ruling became effective in 1997 and lasted until 2017, with EVs now attracting 50 percent of the full fee.

As Andrew pointed out, the government didn’t think that, with just a handful of electric vehicles on the roads, the decision was going to break the bank.

“These early efforts were important in the long process (starting with the oil crises in the 1970s) of developing interest in electric cars in Norway, from a few individuals through to 2020's extraordinary record 54 percent of all new cars sold being battery-electric,” he added with the chart shown below. 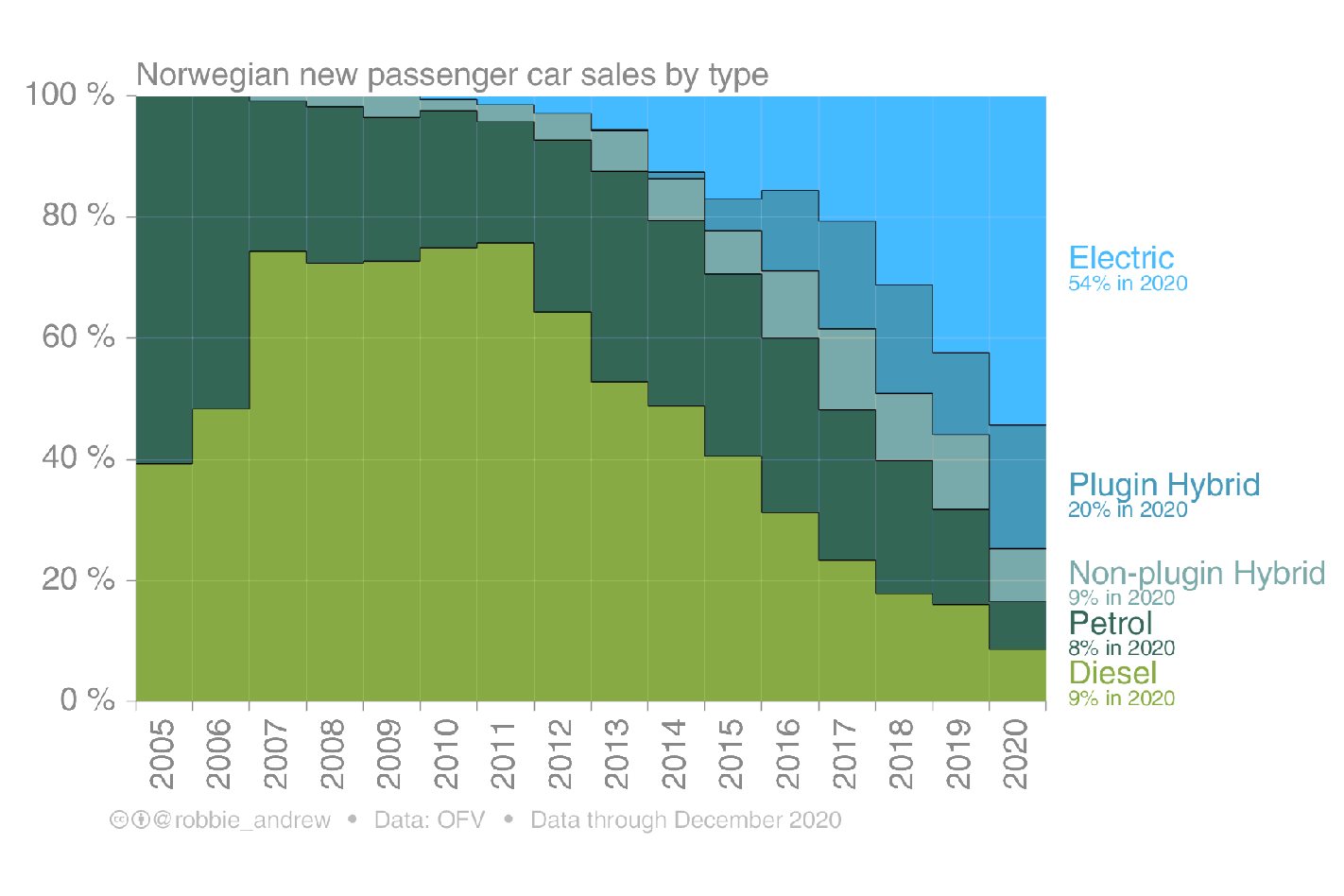 To the Norwegian Government’s credit, it retained registration transfer and toll road waivers for EVs even as their numbers increased, which is a far cry from Australian state governments such as Victoria, South Australia and NSW which are implementing road user chargers for EVs so make up for the fact they don’t contribute to fuel excise.

Since 1990 Harket, in particular, has remained a champion of EVs and in June this year the band teamed up with Volkswagen to feature in a short documentary about the trio that subtly promotes the new electric Transporter van.