Jaguar Land Rover says self-driving cars should not be limited to urban areas, and is working to make autonomous vehicles relevant in off-road applications – regardless of the terrain.

A video released overnight reveals the firm has made headway into reaching its fully autonomous all-terrain objective, with a three-tiered approach to the emerging technology. 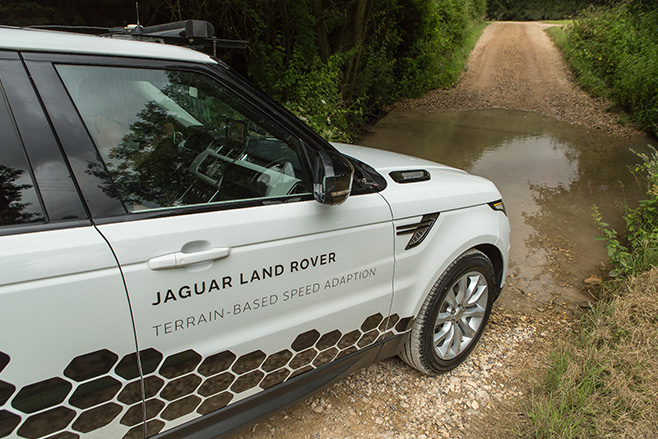 Firstly, through a bevy of sensors and cameras, the Terrain-Based Speed Adaption system anticipates changes in the terrain ahead, and can respond by adjusting the vehicle’s speed.

As well as speed adjustment, those same sensors and cameras can provide the vehicle with a 360-degree view of its immediate surroundings. By using this information, the vehicle has the ability to do one of two things: it will warn the driver of what’s ahead — like a low-hanging branch, for example — or it will autonomously adjust the car’s settings for it to best deal with the changing terrain. Examples of this may be raising the ride height to increase the vehicle’s ground clearance, or adjusting the suspension settings to best traverse the changing surface. 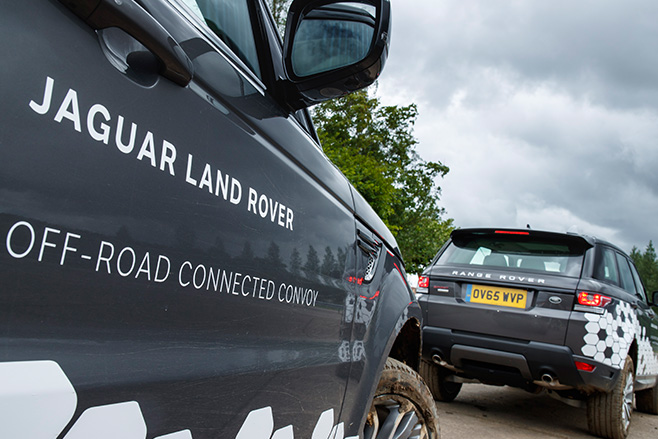 The final piece of the futuristic technology’s puzzle is integrating a car-to-car communication system, which allows vehicles travelling together to simultaneously benefit from the information the sensors are receiving.

For example, if the car in front is struggling to negotiate a rocky or particularly slippery section, it will communicate its precise location and data to the following car’s driver and electronics system, and equip it with the information needed to more easily, or more safely negotiate the same section. 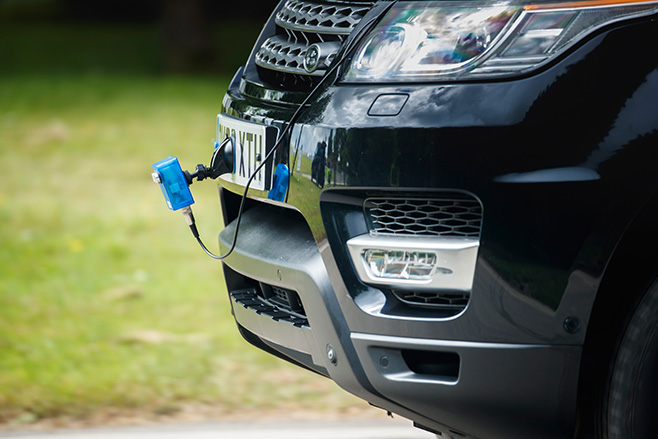 According to Land Rover Australia, the self-driving technology should hit the marketplace in its finished form in around eight years’ time, but said the technology aimed towards off-road vehicles might find its way into production vehicles earlier than its on-road counterparts.

“Of course off-road autonomous [vehicles] would not have the same legal and legislative issues as on-road autonomous vehicles, so it may be introduced even earlier than that,” Land Rover’s James  Scrimshaw said.