Mercedes-Benz brings back the C43 name and adds a second C-Class AMG model to its ranks.

Mercedes-Benz has today announced the addition of a new AMG model to its C-Class Coupe range to be known as the Mercedes-AMG C43 4MATIC Coupe. It will have its global reveal at the Geneva Motor Show next week.

The C43 is now the second performance model in the Mercedes-Benz C-Class range, bridging the gap between non-AMG C-Class variants and the top tier Mercedes-AMG C63. 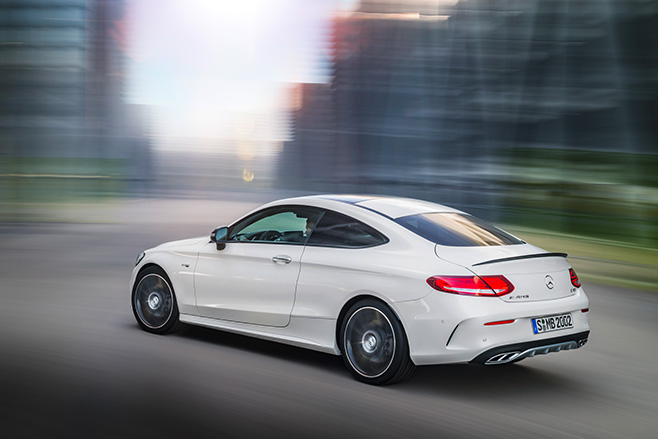 Under the bonnet is a 270kW/520Nm 3.0-litre twin-turbo V6 petrol engine. It is paired with a nine-speed automatic gearbox for increased performance and economy. Acceleration from 0-100km/h takes 4.7 seconds.

Merc’s 4MATIC all-wheel drive system will underpin the C43 with rear-biased torque distribution (31 % front, 69% rear) for a predominately rear-driven feel that delivers on AMG’s brand promise of ‘Driving Performance’ in every respect. 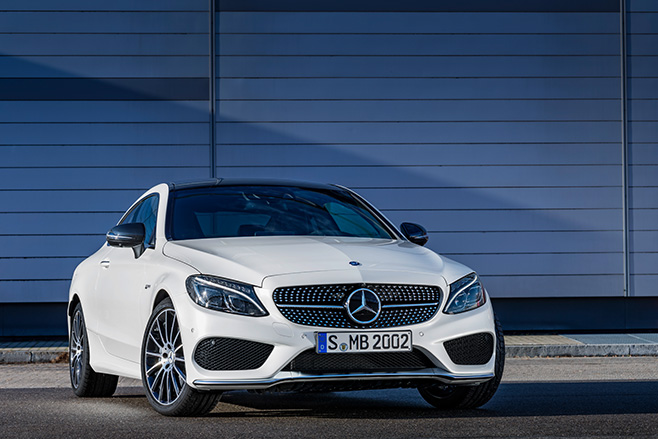 Sports suspension with adjustable dampening lifted from the Mercedes-AMG C63 will be added to the C43. AMG’s ‘Dynamic Select’ drive modes will also be featured along with three-stage ESP.

Styling changes for the C43 aim to beef up the width of the coupe body and make the C43 instantly recognisable as a member of the AMG family. 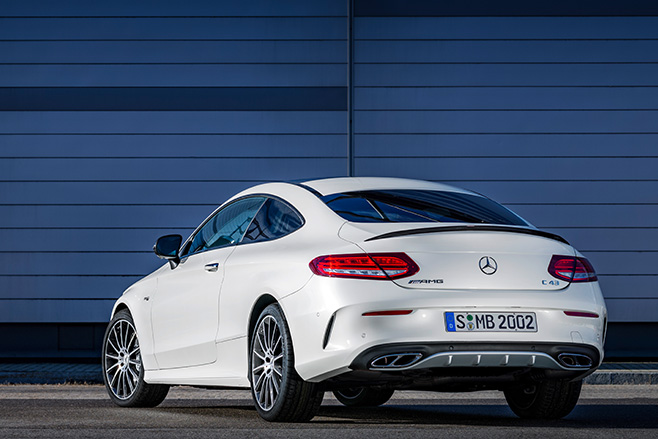 In today’s press release concerning the new C43, Mercedes-Benz says it is the first in a series of ‘43’ models scheduled for release this year.

Chairman of Mercedes-AMG, Tobias Moers, says the new additions are fully-fledged AMGs, “The ’43’ models boast the characteristic AMG genes, which are also included in our GT and ‘63’ vehicles.” 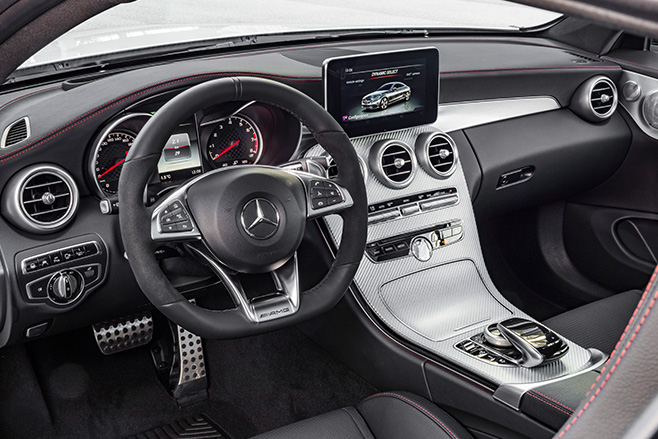 The C43 name has a history dating back to 1997. It was the model designation given to the second ever AMG (the first being the C36). The original C43 was powered by a 4.3-litre V8 – the first C-Class to have eight cylinders.

Click here to read the full range review on the Mercedes C-Class.