Mercedes has released images of a new 4x4 set to be revealed at the 2017 Geneva Motor Show.

Mercedes-Benz has teased an image, via its official Facebook page, of a new 4x4 we expect the German automaker to reveal at the Geneva Motor Show in March.

Captioned “First we built the G 63 AMG 6x6 – Now the ultimate off-roader has another surprise up its sleeve. Stay tuned…” the image reveals the rear of an almost Jeep Wrangler-like roofless 4x4 with a number plate hinting to the name “G 650”. 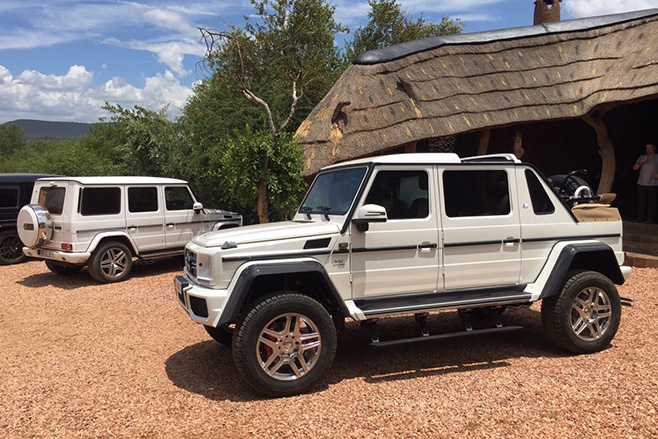 Images of a similar car, but in white, have also been spied, confirming the G 650 will carry a Maybach badge. It appears to be a smaller four-wheeled version of the G 63 AMG pick-up truck but with landaulet body – that is, a convertible roof over the passenger seats.

The last time we saw Mercedes release a landaulet was when it revealed the Maybach 62S Limo at the 2008 Detroit Motor Show.

From the images alone, we can surmise the vehicle will feature a large rear brake light, which sits above the spare wheel mounted on the rear, carbonfibre wheel arches, a rear-cabin separated in limousine style from the front passenger seats and the rear seats get screen displays in front of them. 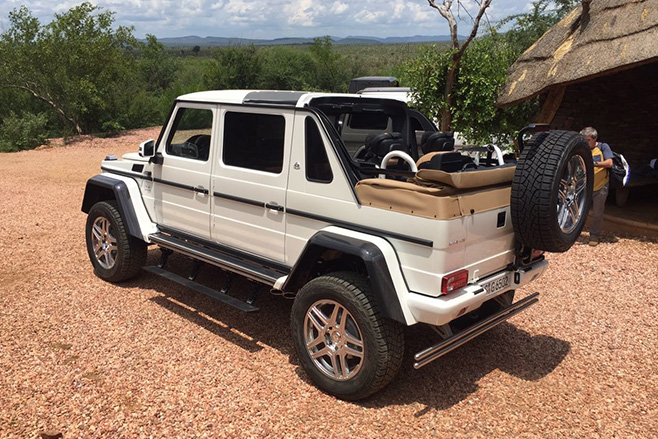 It appears the Mercedes-Maybach G 650 will be powered by a 6.0-litre turbo V12 engine. Given the caption on the Facebook image, we can expect it to also feature a four-wheel-drive system and locking differentials.

Like the G 63 AMG, where the carmaker produced only 100 vehicles, reports suggest the G650’s sales will be limited to a similar number. For more details, we’ll be holding on to our seats for the big Geneva reveal.