The Genesis New York Concept has been unveiled overnight to preview what is arguably Hyundai’s most ambitious car yet – a sleek-looking luxury sedan that will battle the BMW 3 Series.

Hyundai’s new luxury division, Genesis, has followed up its G90 flagship limo earlier in 2016 with this concept that is set to be called the G70. It will debut in production form in 2017 before being imported to Australia, possibly a year later. 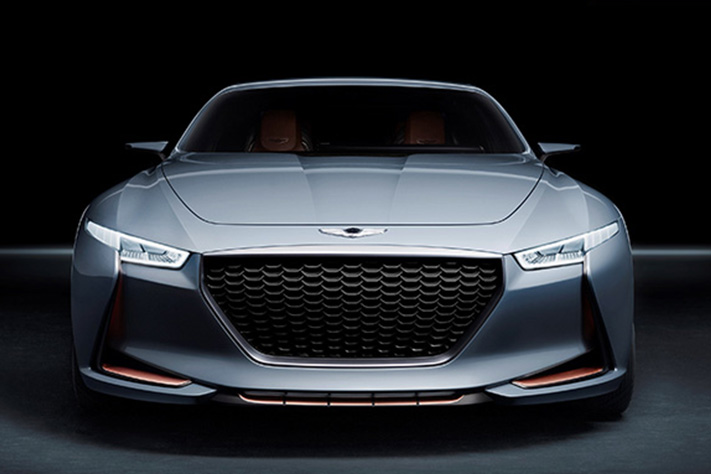 The concept’s four passenger doors feature near-invisible handles that sit flush with the bodywork, though expect more conventional doorhandles along with other exterior changes for the G70 that goes into Hyundai showrooms.

Dimensions of the concept aren’t revealed but it is understood to be about 4.6 metres long – placing it in the ballpark of its intended rivals that include the aforementioned 3 Series, Audi A4 and Mercedes-Benz C-Class. 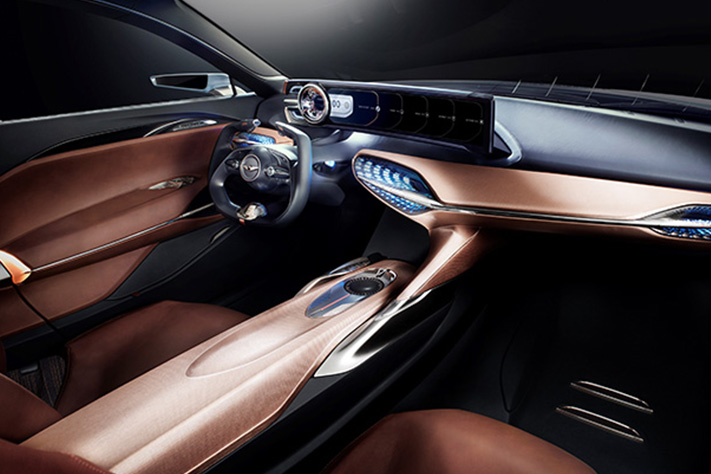 Inside, the New York Concept’s dash is dominated by an ultra-wide, curving 21-inch screen that incorporates both a circular instrument panel and digital multimedia displays that include a speedo. There’s also a Batmobile-style steering wheel notable for an open top section.

The cabin features a prominent spinal centre console that runs from the dash through to the two individual rear seats.

A hybrid drivetrain sits under the concept’s bonnet, comprising a 2.0-litre turbocharged four-cylinder engine, an electric motor and an eight-speed automatic gearbox.

Power and torque outputs of 180kW and 353Nm are quoted, which would put the G70 in the same engine-performance region as specific models such as the BMW 330i and Lexus IS200t. 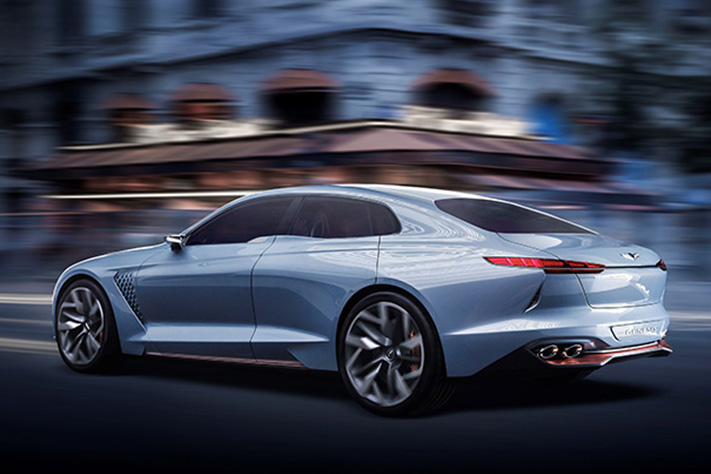 The production car will also follow those cars with a rear-wheel-drive set-up.

Hyundai’s Genesis brand will release five new models over the next years. They will include the G90, G70 production version of this concept, and the G80 that will become a rebadged version of the Hyundai Genesis sedan that went on sale in Australia in 2014. 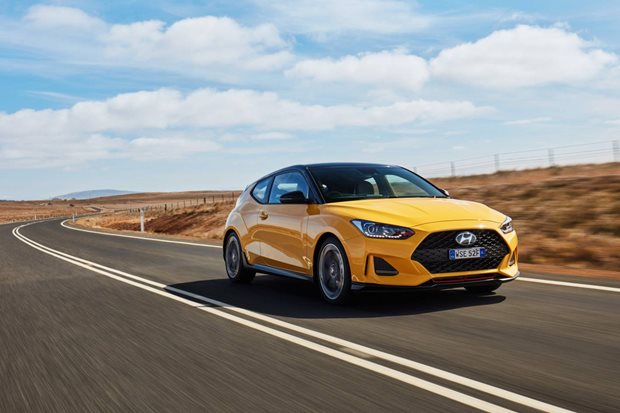