Will the Mazda 3 could be one of the first mainstream models to ditch analogue needles?

Digital dashboards are the latest in premium technology to trickle down into a mainstream model, if spy shots of digital dashboard in a Mazda 3 are to be believed.

Republished on Autoblog.com, the pictures, taken in China, show a three-colour, all-digital display, with a choice of configurations including the central dial with digital tacho dial around a triple-digit speedo.

The dashboard is mounted in a current-model Mazda3, though it’s believed this is just for testing purposes for the next generation, which we’re not likely to see here until 2019. 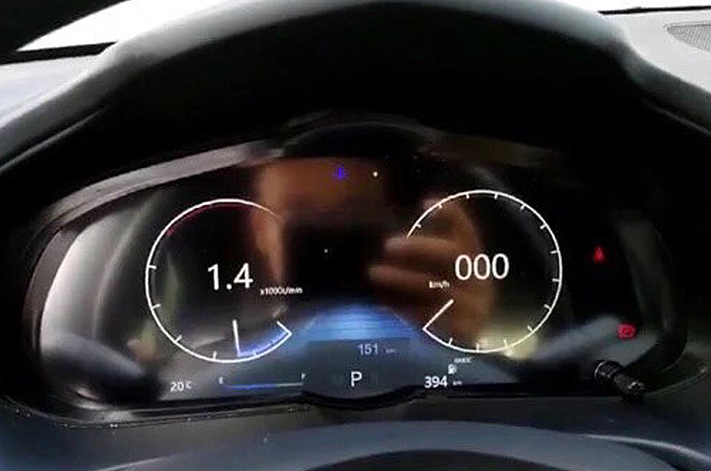 Digital gauge clusters have been around for decades, mostly in supercars cars such as 2010 Lexus LFA, which wowed the Tokyo Motor Show with a coloured liquid-crystal speedo and tachometer that, according to Lexus, was necessary because analogue gauges couldn’t keep up with its V10 engine’s ability to hit 0-9000rpm in 0.6 seconds.

Since then, they have worked their way into luxury vehicles, doubling as information screens and even maps as with Audi’s wonderful Virtual Cockpit.

While this technology is now available in upper-spec Volkswagen Golf and Tiguan variants, the Mazda 3 would be the first true mainstream model to ditch a plastic needle. 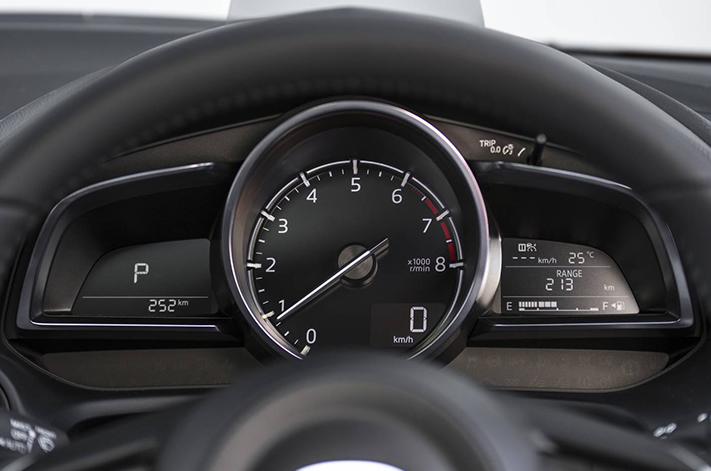 Going by the hastily snapped images, the Mazda version is unlikely to mimic Virtual Cockpit’s map displays and the like. If anything it looks a like the LFA’s, with a blue-ringed tacho and outer redline with numeral speed figures in the middle.

But it’s also faithful to the current Mazda instrument cluster, with the central analogue tacho and digital speedo flanked by a water temp display and fuel range calculator. You can also go for a more traditional layout with separate tacho and speed gauges, either side of what looks like an active cruise control display, though this still looks like a work in progress.

It remains to be seen if the 2019 Mazda 3 will be the first car from Hiroshima to feature a digital display, or if it will be standard kit or an upper-spec option. Interestingly, the Mazda Kai Concept, which was revealed at last year’s Tokyo Motor Show as a preview to the next-gen 3’s design language appeared to have an analogue display, though its sporty central tachometer would look good in virtual form. 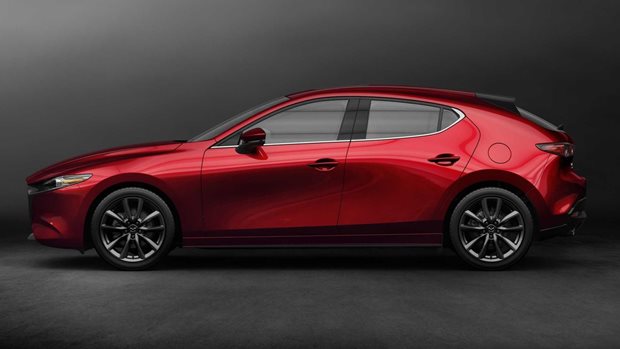 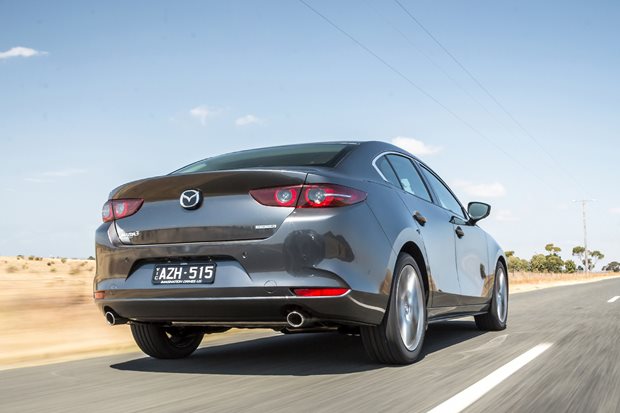 Sleeker and more spacious - Mazda puts the boot into the opposition 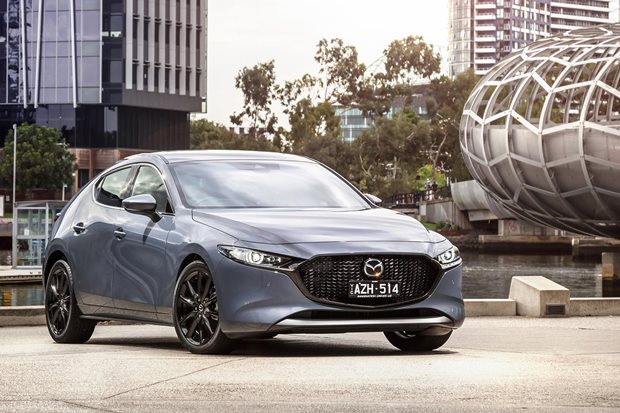 We’ve certainly waited long enough for its Aussie arrival, so without further ado here is the 2019 Mazda 3 in pictures