Another SUV is set to lose its roof, with the SsangYong Tivoli following in the footsteps of the Range Rover Evoque.

When Range Rover announced it would be releasing the roofless Evoque Convertible, we wondered if this would become a trend for SUVs. Then rumours started to circulate that Korean car-maker SsangYong had developed a concept of a Tivoli convertible to give the Evoque a run for its money.

Roofless SUVs aren’t a new concept. Removable canopies on vehicles like the Jeep Wrangler or Suzuki Sierra have been popular for some years, allowing drivers to live the road-trip dream with sun-kissed skin and wind in their hair. But they aren’t SUVs made for the school run, they’re off-roaders built with an overhead structure that remains in place even when the roof panels are removed. 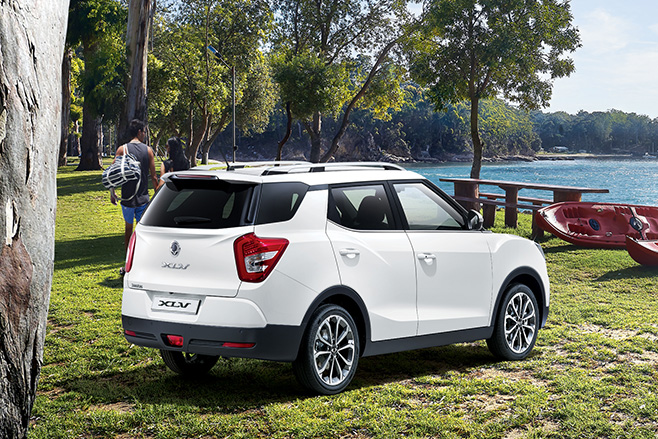 These new convertible SUVs are suffering from an identity crisis, a lot like the drop-top Nissan Murano that was eventually abandoned. The SsangYong concept convertible features a full-length folding roof like the Evoque. It’s family-SUV today, slick-and-sporty convertible tomorrow. Perhaps an odd combination, but it seems to appeal to some buyers, especially in the UK.

Where the Range Rover Evoque will be priced from $84,400 here in Australia, the Tivoli is predicted to sit around the more affordable $35,000 mark if it makes it here. The Korean won’t be any match for the Brit’s under-bonnet action if the current Tivoli range is anything to go by. It’s likely SsangYong will use the same 1.6-litre petrol and turbo-diesel engines in the convertible as it does in the standard range.

Unfortunately, or maybe even thankfully, we’re not holding our breath to see the SsangYong Tivoli arrive in Australia, unlike the Evoque which we should see for sale here later this year. The concept is there, sure, but it’ll be interesting to see if there’s demand to match.