New research by Roy Morgan shows that Japanese auto giant Toyota is at the front of mind of Australian new car buyers, with 16.8 percent of those polled indicating a preference for the Big T.

The poll, which asked participants which brand they were most likely to select if they were to buy a new car in the next four years, had Toyota in a clear position of dominance. In a distant second place was Mazda with 8.7 percent of respondents preferencing the Hiroshima brand.

The total sample size for the survey, which is conducted on an on-going basis throughout the year, is around 50,000 people.

The result isn’t a huge surprise though. The top three positions mirror those of what’s selling strongest right now. What’s interesting is that aspirational brands like Mercedes-Benz, and Audi feature in new car buyer wishlists, while in neither appear inside the top-ten brands in present-day sales figures. 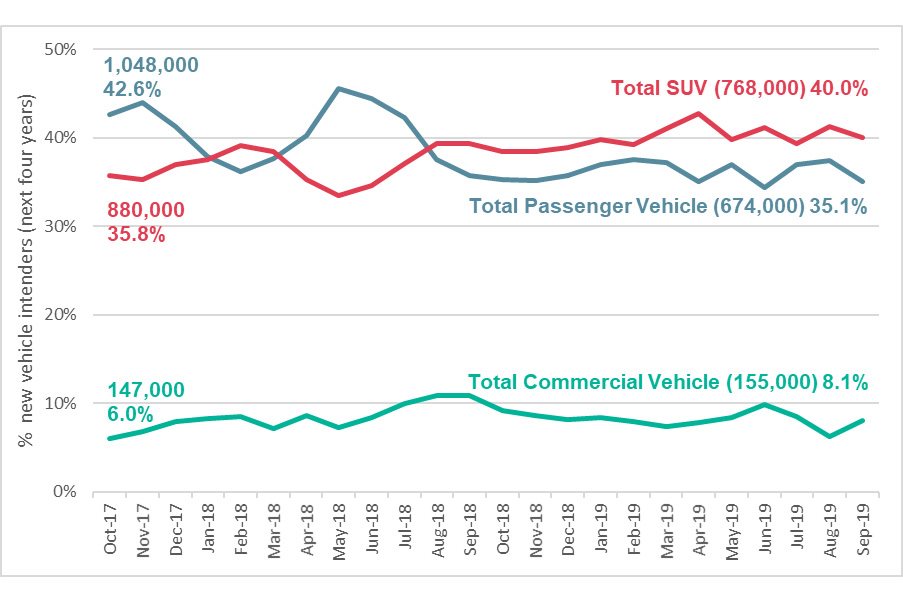 Roy Morgan’s research also delved into what bodystyles were on the shopping lists of would-be new car buyers (above), with cars from the SUV category unsurprisingly coming out on top. All told, 40 percent of respondents said they were looking for an SUV as their next new car, with 35.1 percent chasing a traditional passenger car.

Curiously just 8.1 percent of those polled said they were intending to buy a commercial vehicle, a result that’s at odds with present-day car sales figures that put the current market share of light commercial vehicles at 21 percent (2019 year-to-date), largely driven by strong demand for dual-cab utilities.