Regulators in the US are investigating what is believed to be the first-ever fatality involving autonomous driving, after a Tesla driver crashed while using the car’s Autopilot system.

The National Highway Traffic Safety Administration has started a preliminary evaluation of the May 7 incident in Florida, in which a Tesla Model S collided with a turning truck.

Driver Joshua Brown, 45, died of his injuries at the scene.

In a statement on its website, Tesla said the Model S’s Autopilot system was engaged when a [prime-mover and] trailer crossed the highway on which the vehicle was driving.

“Neither Autopilot nor the driver noticed the white side of the tractor trailer against a brightly lit sky, so the brake was not applied,” said the company. “The high ride height of the trailer, combined with its positioning across the road and the extremely rare circumstances of the impact caused the Model S to pass under the trailer, with the bottom of the trailer impacting the windshield of the Model S.

“Had the Model S impacted the front or rear of the trailer, even at high speed, its advanced crash safety system would likely have prevented serious injury as it has in numerous other similar incidents.” 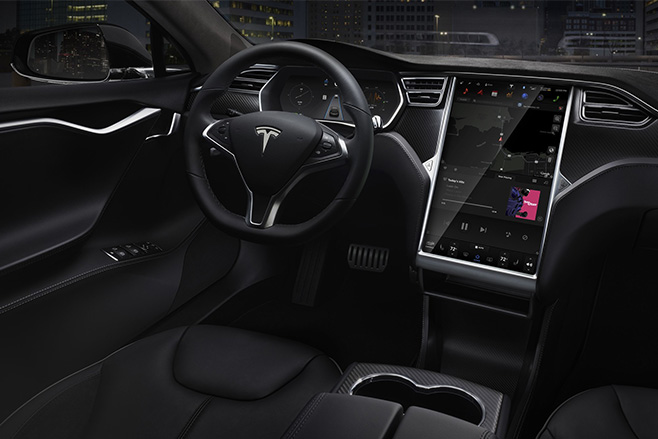 Tesla was keen to stress that this was the first known fatality in 130 million miles [210 million kilometres] of activated Autopilot driving, comparing it with the fatality every 94 million miles among all vehicles in the US.

The electric-car brand also emphasised that its Autopilot technology is switched off by default, and that drivers activating the system are advised it is an assist feature and to always keep hands on the steering wheel as they “need to maintain control and responsibility for your vehicle” while using it.

Tesla maintains the technology, when combined with driver “oversight”, is statistically safer compared with manual driving. The fatality, however, is still a major setback for autonomous-driving technology, which is currently being assessed by regulators around the world – including in Australia – to establish safety guidelines for its widespread use.

Volvo, one of the other car manufacturers investing heavily in autonomous driving systems, said in 2015 that it would assume responsibility for any of its vehicles being driven in such an auto mode.

In a statement, the National Highway Traffic Safety Administration (NHTSA) – whose investigation ultimately covers about 25,000 Tesla models – said: “The opening of the preliminary evaluation should not be construed as a finding that the Office of Defects Investigation believes there is either a presence or absence of a defect in the subject vehicles.”

In Australia the Model S is sold complete with the Autopilot system, which can steer the vehicle in its lane, change lanes if the indicator is selected, and manage speed with its advanced cruise control. It’s also designed to steer and brake to help avoid potential front or side collisions.