Elon Musk reveals hidden Easter egg in new Tesla update, and it’s one for the artists.

In his Tweet, he tells owners to tap the ‘T’ logo on the touchscreen three times. This turns the infotainment system into a touch sketchpad, so owners can work the right side of the brain and bring out their inner artists.

It’s finger-painting with a high-tech twist, and budding Michelangelos also have the option of submitting their masterpieces to Tesla for critique by clicking “Yes, I am an artist!” or keeping their creative genius to themselves by selecting “No, the world isn’t ready for my art.”

Other features of the update include an update for the Autosteer function to make it work at speeds up to 129km/h, re-enabling features of Autopilot 1.0 including Auto Lane Change, and interface features like listing opening hours and Google ratings for businesses via Maps and allowing the adjustable headrests to be controlled through the touchscreen.

Aside from the usual comments of concern, mostly about driving and sketching (one word: Autopilot), @liambolling posted a video on Twitter to share how the sketchpad actually works. 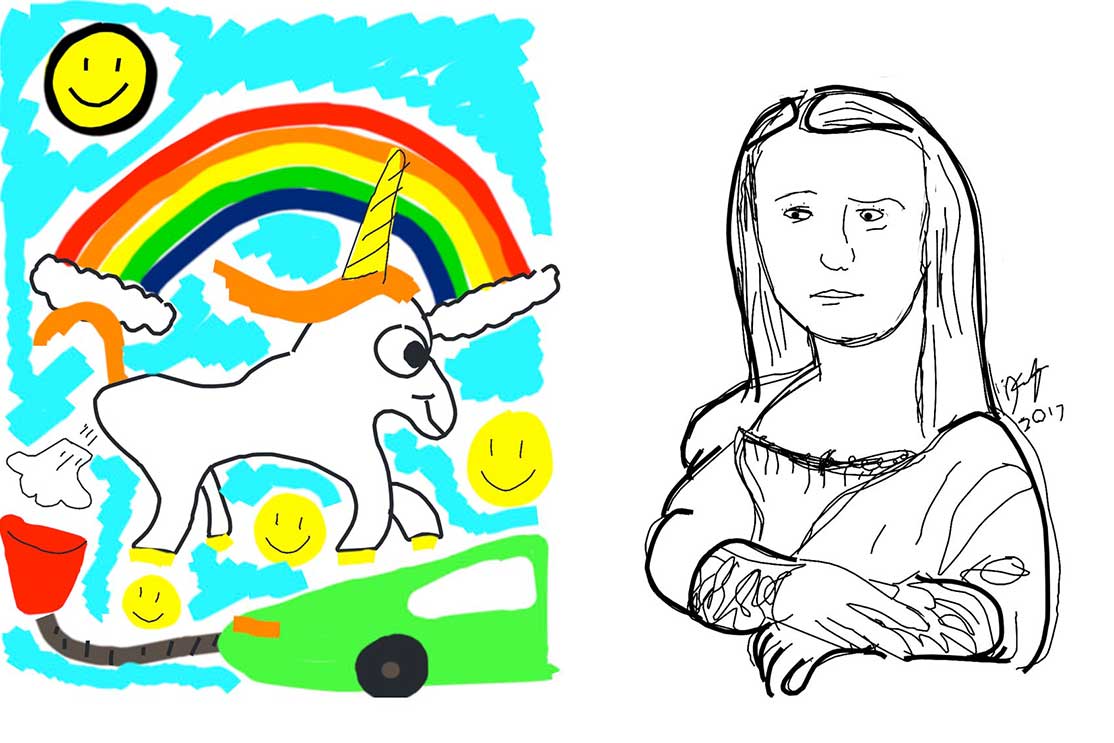 A sketch of Mona Lisa made an appearance but in a giggle-fest of fun, a submitted drawing of a unicorn farting into the fuel pump of a car, which is similar to an image featured on Musk’s personal coffee mug, was also shared.

Tesla drivers are no strangers to Musk’s wacky Easter eggs. Past firmware updates have seen a variety of weird and wonderful functions added to the ever-growing list of capabilities of Tesla’s road cars.