A first look inside Toyota’s dynamic and original baby SUV.

Toyota has granted a first look at the interior of the C-HR, its new baby SUV, and confirmed details of the Australian model which is set to arrive early next year.

An interior with more emotive styling is what Toyota president Akio Toyoda requested of his designers, and they’ve delivered. The new cabin is far more adventurous than we’ve come to expect from Toyota, similar to the C-HR’s outward appearance that barely strays from the concepts that previewed it. 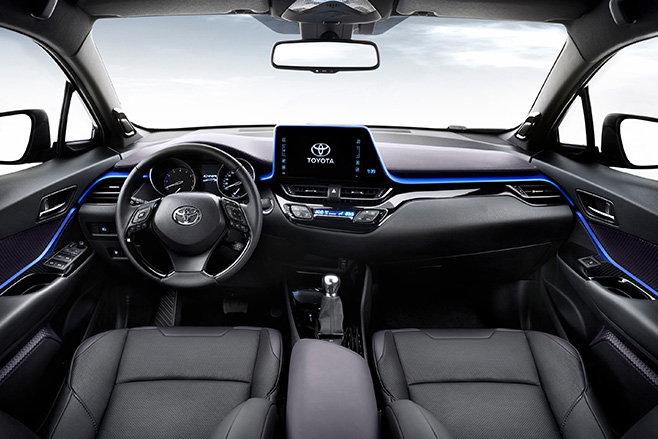 The ribbon of blue running across the dashboard of the European model will be replaced with grey inserts for Australia. The piano black panel will remain the same; highlighting the centrally-mounted, 6.1-inch touchscreen display. Blue LEDs light up storage compartments and dashboard buttons.

An angled console has a cockpit-like effect on the driving position, facing all controls towards the driver’s seat. A new diamond texture features on the door inserts and roof lining, as well as the instrument needles. Toyota says this reflects the shape of the switches and the “motif of the exterior body shell”. 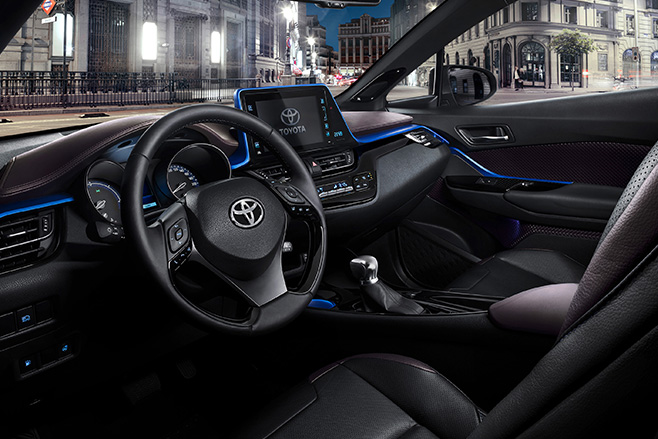 Perforated leather seats and two-tone leather dash trim – as shown in this overseas model – will likely be reserved for top-spec C-HR variants in Australia. An optional heating system for the new front seats will be available, as will keyless entry and start, tinted windows, 18-inch alloy wheels and two-tone paintwork. 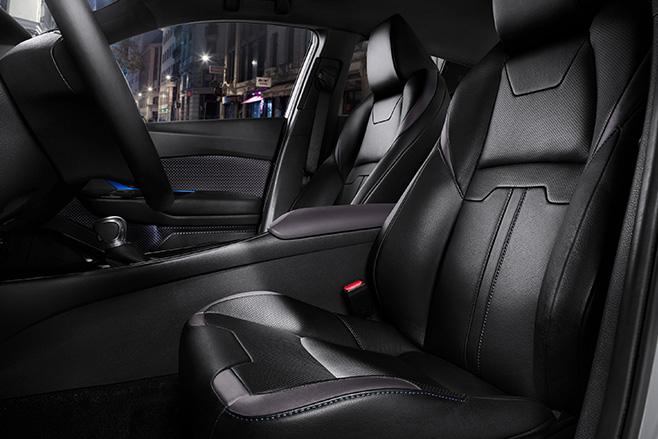 As previously reported, the C-HR will introduce a new 1.2-litre turbocharged four-cylinder engine, producing 85kW and 185Nm. Front-wheel drive and all-wheel drive versions will be offered, with the choice of a six-speed manual or CVT auto transmission.

The C-HR is larger in size than the current Corolla hatch and smaller than the RAV4, and will go up against the formidable Mazda CX-3 and other competitors like the Honda HR-V when it hits showrooms in 2017.