TOYOTA Australia has stepped up its campaign to introduce hydrogen-fuelled vehicles, saying it will bring a trio of its Mirai fuel-cell vehicles here for a three-year evaluation of the technology.

The carmaker has said that it will not bring the Mirai – a four-door sedan that uses hydrogen fuel to produce electricity that is used to drive a motor – here until the infrastructure is in place to refuel it.

"We are extremely interested in fuel cell technology, but we need the relevant infrastructure in place before we can sell these vehicles in Australia," Toyota Australia president Dave Buttner said.

"This will take time to develop so it is imperative that we take a whole of industry approach so that we can move these plans along as quickly as possible.

"Fuel cell technology is expected to play a key role in the future and we do not want Australians to miss out on this." 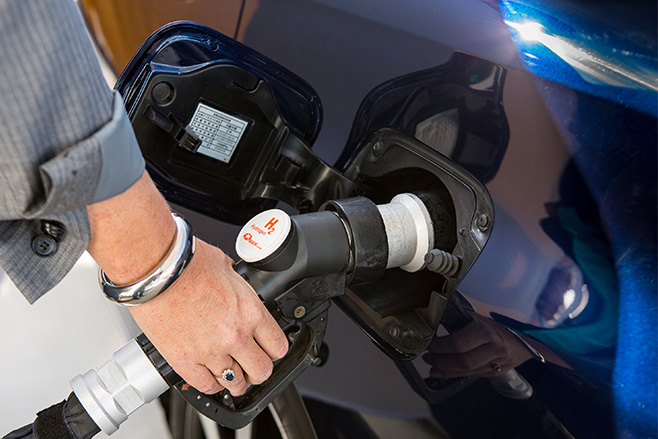 Toyota’s approach is very different to that of Korean carmaker Hyundai, which has imported its own hydrogen refuelling station and a single fuel cell-converted ix35 small SUV as part of its alternative fuel push, and is in talks with government and suppliers to roll out the infrastructure needed to support the fuel.

Like Hyundai, Toyota will need to bring its own refuelling station to Australia to allow the vehicles to operate on our roads. The carmaker says its mobile refueller will have the ability to be ground mounted – Hyundai’s is a fixed station at the company’s Sydney headquarters.

Toyota said its hydrogen refuelling station was expected to arrive in Australia late this year.

The Mirai’s introduction to Australia follows last year’s first drive of the Mirai at Toyota’s Lexus proving ground, located on the fringe of Fuji International Speedway.

“After having a taste of the technology last October, we are incredibly excited to have not one, but three of the fuel cell vehicles back in Australia," Mr Buttner said.

"We are looking forward to educating a whole new audience on this future technology and generating more awareness of fuel cell vehicles." 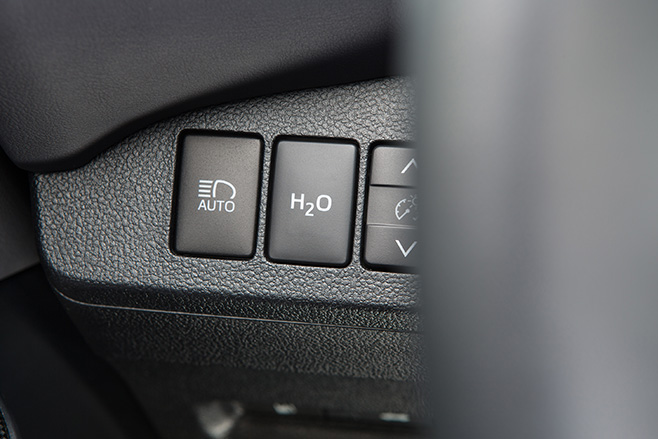 The Mirai is Toyota’s first production fuel cell vehicle. It’s currently sold in markets outside Australia including the US, Japan Denmark, Germany, Belgium, and Norway. There’s a right-hand-drive model available now in Great Britain; a significant sign that Australia is high on the Mirai’s radar.

According to Toyota, Great Britain – which is about the same size as Victoria – has three hydrogen refuelling stations all located in London, with three more planned. The carmaker says British owners who lease the Mirai can refuel for free, but those who buy the vehicle will spend about $80 to top it up.

Unlike a short-range battery-powered car, Toyota’s hydrogen fuel cell-powered Mirai can travel about the same distance as a conventionally-engined vehicle – about 650 kilometres – before needing a refuel.

In contrast, Hyundai’s fuel cell ix35 has a range of about 600 kilometres. However, because Hyundai’s current refuelling infrastructure runs at a much lower pressure, the Korean carmaker can only part-fill the SUV’s tank, halving its real-world range. 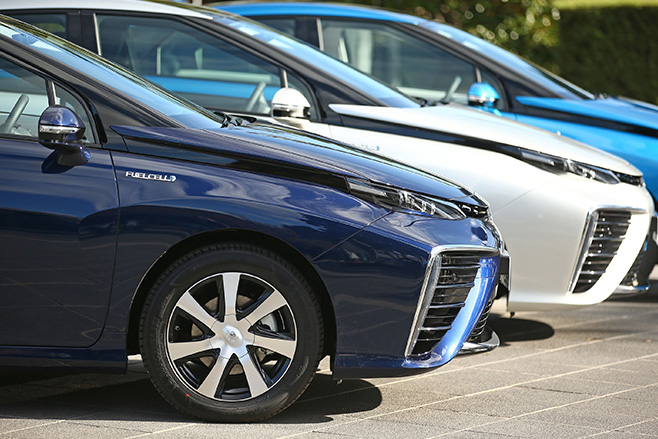 Toyota said it would display the Mirai vehicles at various conferences and events.

Hydrogen fuel cells mix hydrogen fuel with oxygen from the air to produce electricity and water. The electricity is used to power a 113kW motor – about the same as a conventionally-engined sedan of the same size.

Toyota’s Mirai collects most of the water it generates on-board, with some evaporating as steam. Drivers can use a dash-mounted “H2O” button to dump the water on the road before they turn into the driveway. 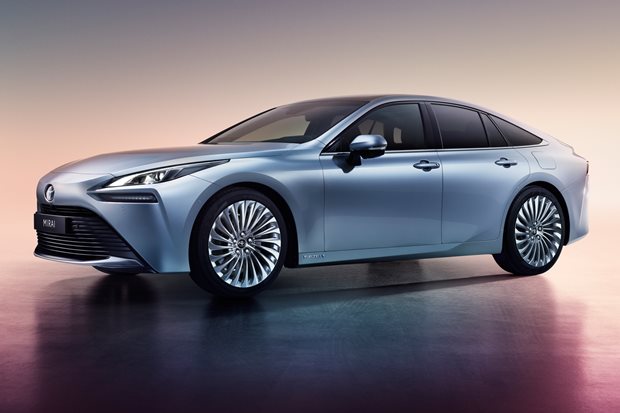 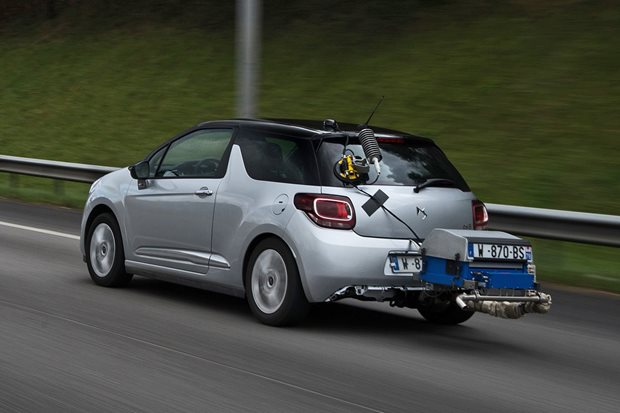 The PSA Group has published the results of real-world RDE fuel consumption tests for 30 of their core models conducted by two separate NGOs, with the results highlighting... 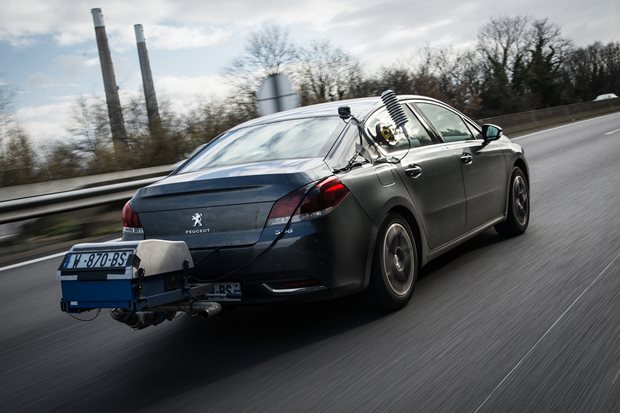