Mazda is adding a whole new model to its SUV line-up that’s expected to fill the gap between the Mazda CX-3 and Mazda CX-5.

The Japanese carmaker has released a teaser shot of the new model, ahead of its Geneva Motor Show reveal next month, which features a low rear roofline that suggests it could be a coupe-styled mid-sized SUV similar to the BMW X4.

Read more about the Mazda CX-3

Its place in the line-up suggests it could be wear the CX-4 badge, or possibly the CX-6. As it happens Mazda already has a fastback medium SUV dubbed the CX-4, which is a China-exclusive model based on the CX-5 and not for global consumption. The Geneva-bound SUV, however, will be a properly global model. 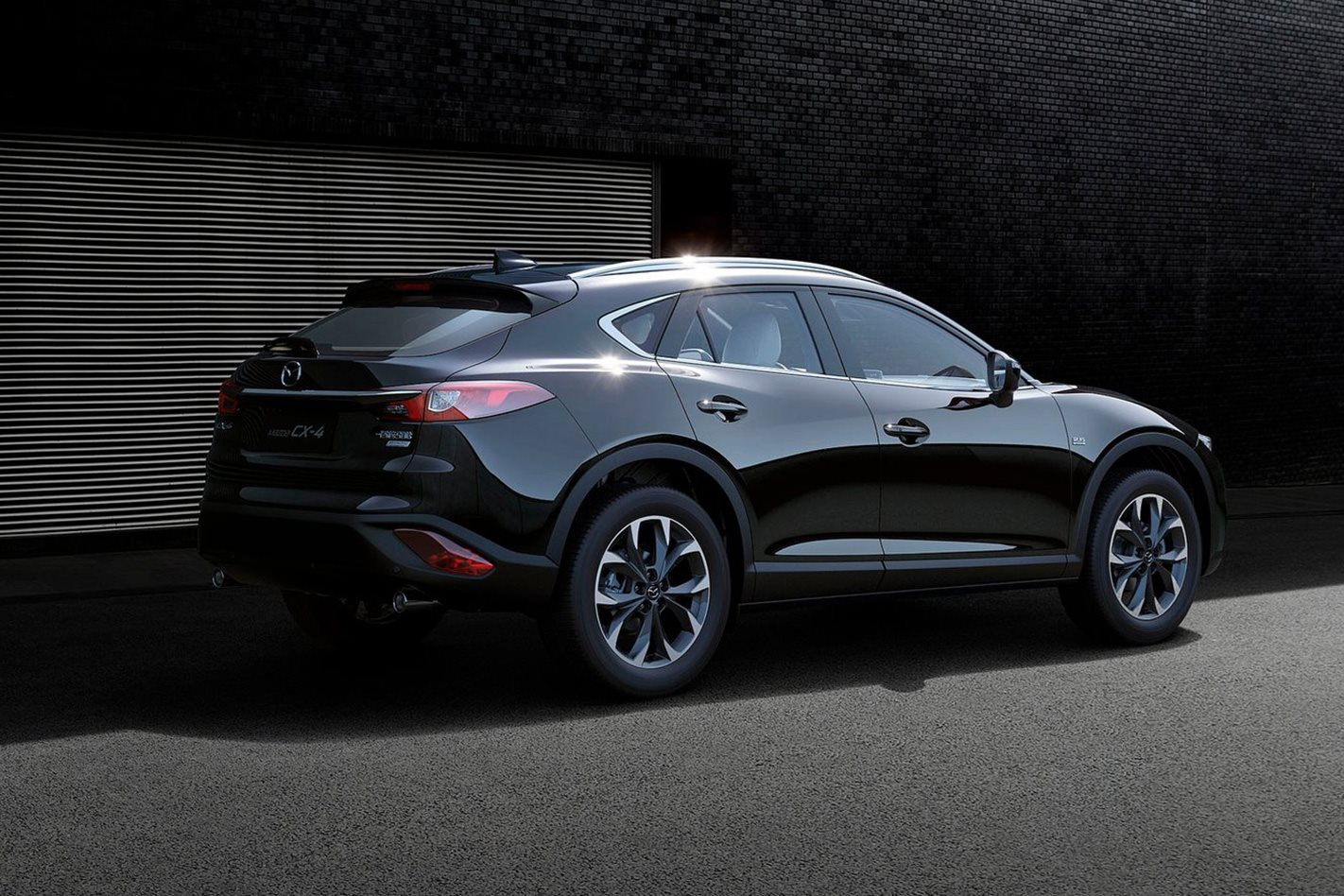 It will also be an all-new generation vehicle, built on Mazda’s new-generation Skyactiv architecture that underpins the recently revealed fourth-generation Mazda 3.

The second of Mazda’s new-generation models, the new addition to Mazda’s SUV family will share the 3’s striking Kodo design language, as evident by the circular LED tail-light signature as shown on the otherwise vague teaser pic.

It will also have the latest Skyactiv powertrains including the highly efficient supercharged Skyactiv-X engine, which adopts a unique combustion method to combine the free-revving power of a petrol engine with diesel-like torque and economy.

Mazda Australia is still tight lipped over if or when the new SUV will arrive in Australia, but even the most conservative punter would place a few quid on it joining its broad SUV line-up alongside the Mazda 2 based CX-3 crossover, the mid-sized CX-5, and the CX-8 and CX-9 seven seaters.