The answer to a sustainable shipping future apparently lies in the past as demonstrated by a radical new car transporter concept that usurps massive oil burning engines for the clean and renewable power of the wind.

A Swedish collaborative project led by Wallenius Lines (a freight company specialising in roll on/roll off car transport) has created a modern-day sailing ship that can transport up to 7000 vehicles but does not rely on fossil fuel for power. 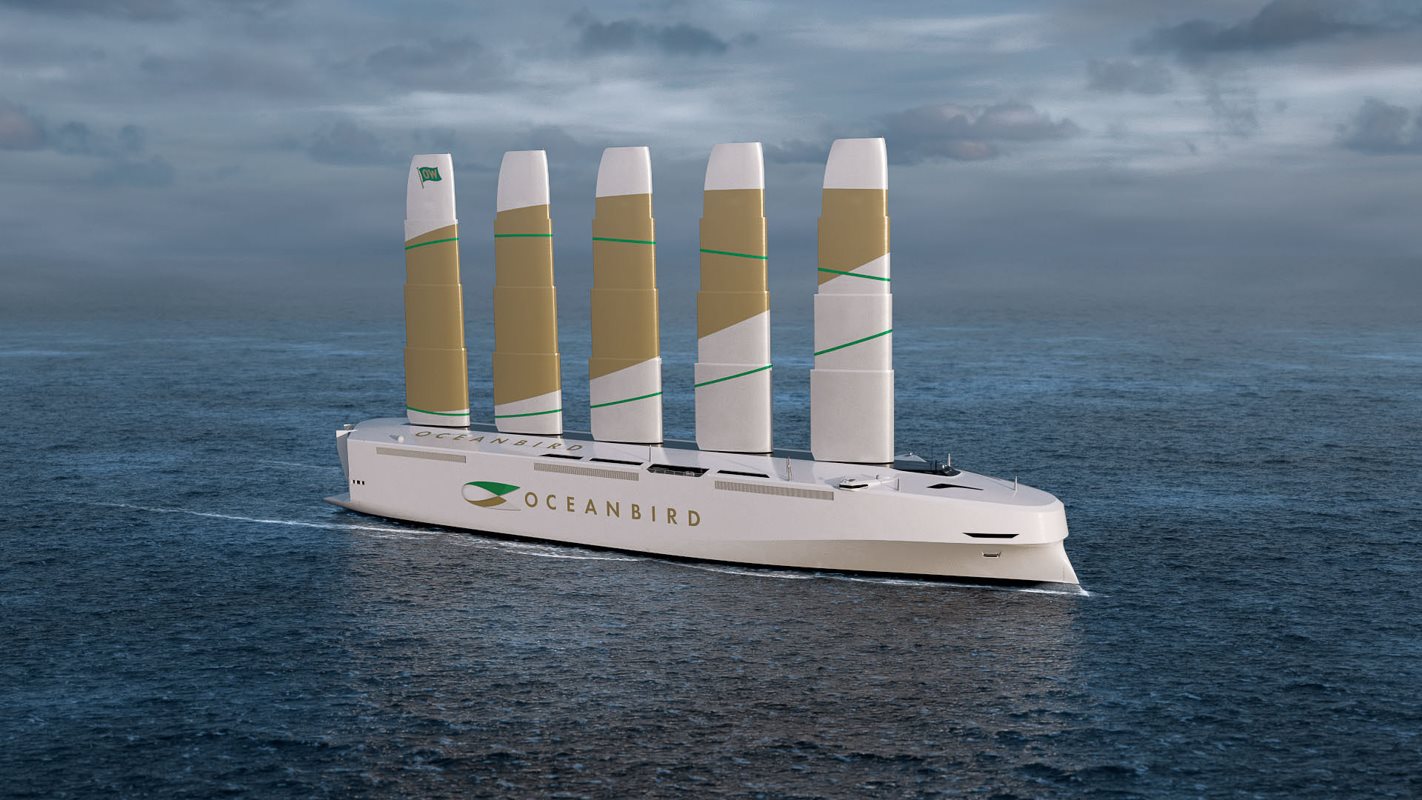 The Wind Powered Car Carrier (WPCC) project has spawned the Oceanbird concept, which is expected to progress from design concept through technical phases and onto financial viability within three to five years.

Read next: The case of the sunken Silverados solved

The freighter is targeting a reduction in greenhouse gasses of 90 percent in comparison to current methods, with an end goal of zero-emissions logistics.

Working with the KTH Institute of Technology and innovations research group SSPA, the Swedish project WPCC is heralded as the first step towards the “renaissance of wind-powered ships” which could lead toward truly sustainable shipping in the near future. 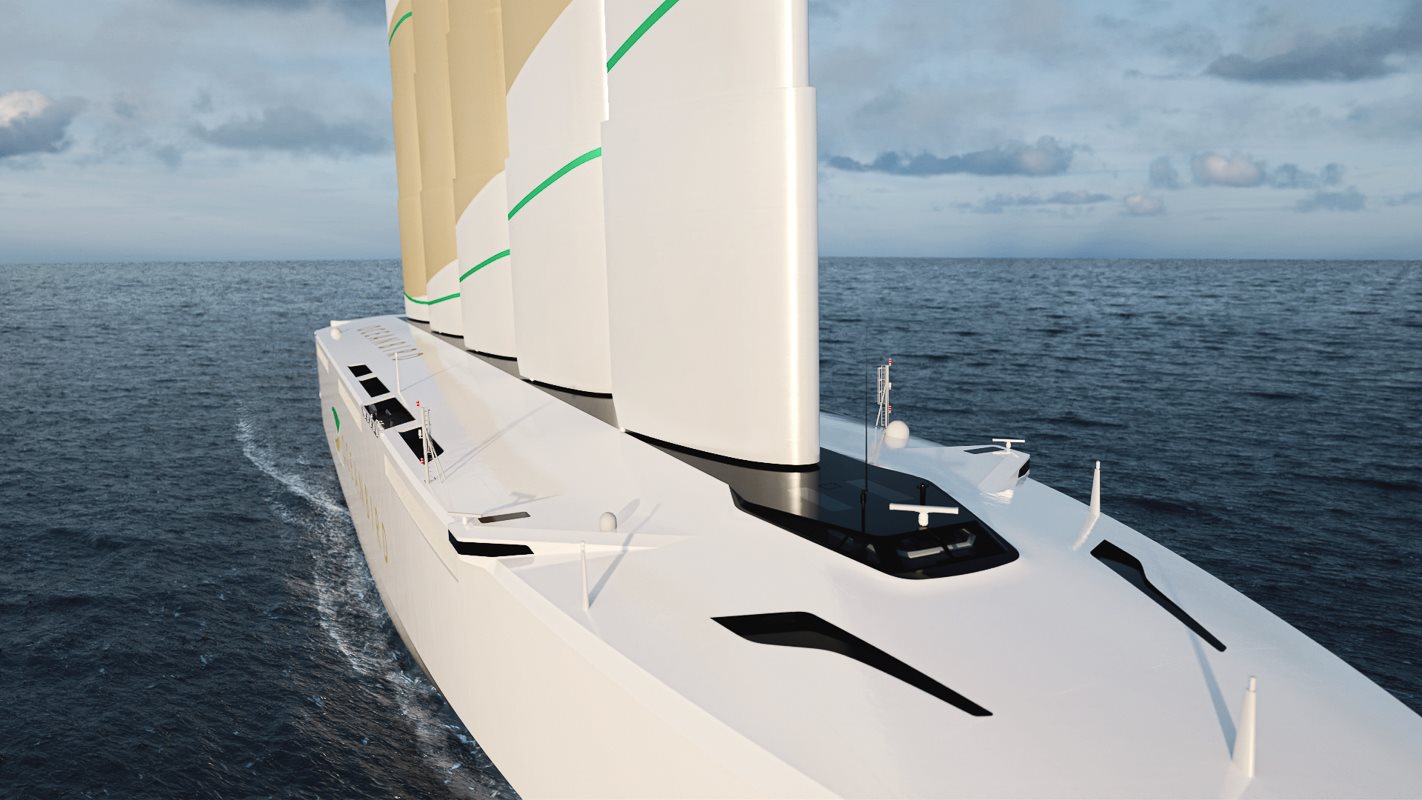 Set to become the world’s largest sailing ship, the WPCC is capable of crossing the Atlantic Ocean in 12 days, compared with the seven days conventional freighters require, but the benefit is a massive reduction in fossil fuel dependency.

Read next: Capsized container ship full of cars stuck off US coast

Current cargo ships in Wallenius Lines’ fleet use an average of 40 tonnes of fuel per day, presenting an opportunity for reducing the costs associated with fossil fuel reliance and carbon emissions.

While that seemingly presents problems with bridges, Wallenius has designed the wings with telescopic adjustment meaning they can retract to just 45 metres above the sea level. 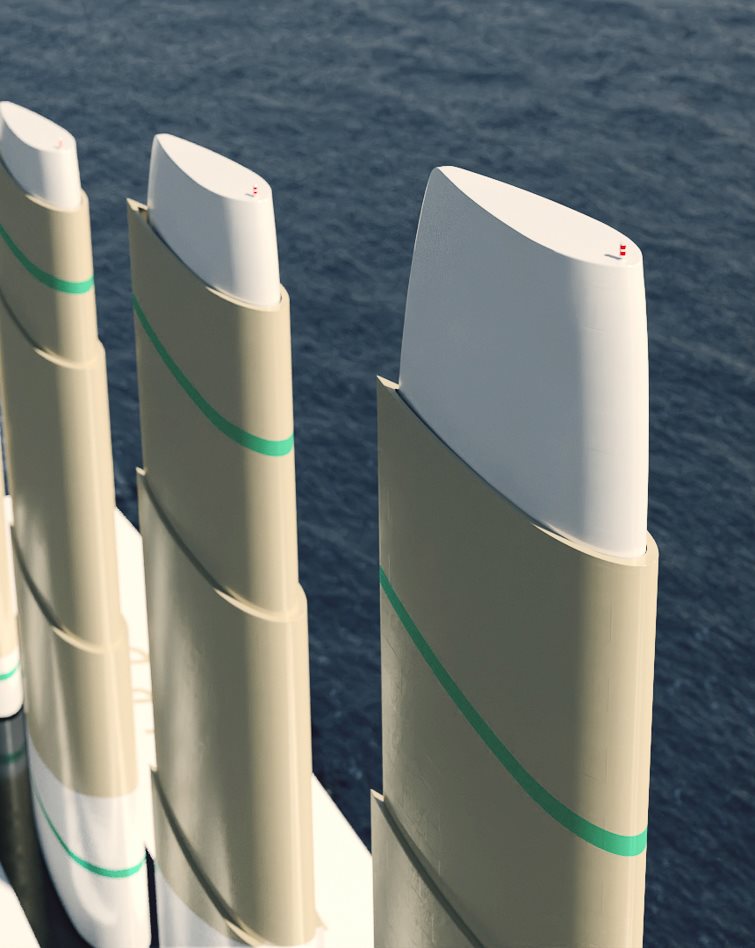 Design inspiration and engineering solutions have been jointly derived from both the shipbuilding and aeronautical industries.

The 'wings' use a similar principle to an aeroplane wing, generating forward thrust (instead of lift) pushing the ship through the water. The vertically oriented wings can rotate through 360 degrees to follow the wind's direction.

The logistical world’s reliance on fossil fuels is becoming untenable in the current day and age, forcing the International Maritime Organisation to set a goal of 40 percent reduction in emissions over the next decade.

That’s a tough ask, but a necessary one which has sparked innovations in shipping like this incredible concept.