1. There have been three main generations of the Nissan GT-R, the first of them appearing in 1969. Only the second generation (codenamed R32) and this latest generation (R35) have officially been sold in Australia.

2. The GT-R’s 3.8-litre V6 twin-turbo engine is hand built in Japan by “Takumi” craftsmen. There are only five Takumi trained to build the GT-R engine and each engine takes about 9.3 man-hours. Once finished, the engine is stamped with the signature of the engine builder.

3. When the R35 Nissan GT-R was released in 2007 it was claimed to accelerate to 100km/h in 3.2 seconds. But utilising the launch control function that allowed such rapid acceleration could result in voiding the warranty. Nissan later updated the transmission and software to allow for faster starts and the claimed 0-100km/h dropped to 2.7 seconds. However, achieving that claim is another matter; Wheels magazine’s fastest 0-100km/h time in a GT-R is 3.2 seconds. 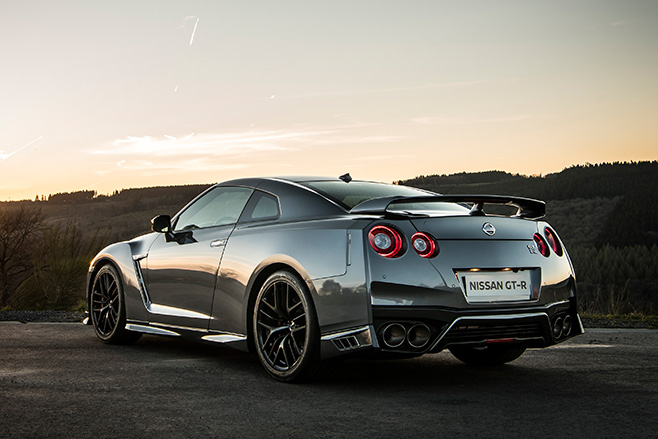 4. Despite the intense focus on improved performance with the updated MY17 (model year 2017) GT-R, Nissan no longer claims a 0-100km/h time for the car. It says the extra 15kW and 9Nm extracted from the engine (for total outputs of 419kW and 637Nm) don’t radically change initial acceleration.

5. While it looks broadly the same as the original R35 GT-R that was first seen in 2007, there are significant changes to the body. The windscreen pillars have been strengthened to improve structural rigidity, therefore improving handling. The bonnet has been revised to be stiffer, for less flexing at speed. The grille has been changed to allow more air in to cool the engine (for better performance). The rear bumper is new, with sharper outer edges to better separate the airflow and improve aerodynamics. And the most significant change is a redesigned C-pillar (the thick rear-most pillar connecting the roof with the rear of the car), which has been mildly resculpted for improved aerodynamics. 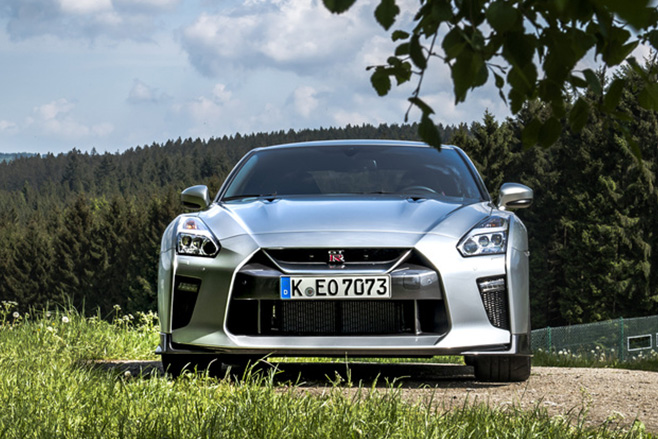 7. The leather-intense interior includes a single piece of Nappa leather across the dashboard. Nissan also revised the optional black leather interior for the MY17 GT-R to create a “higher quality appearance”; the black interior is now known as “amber black”.

8. The man in charge of the latest Nissan GT-R project, Hiroshi Tamura, sys the updated car is “now a step closer to my ideal super sports car”. While Tamura says performance is important for the GT-R – its performance is often compared with the Porsche 911 Turbo – he says it also needs to be a “grand tourer”, so must be comfortable on the road and in regular driving. Much of the focus of this updated GT-R was centred on improving refinement and making the suspension more supple over bumps.

9. The Nissan GT-R drives all four wheels but it is not designed to go off-road. The all-wheel drive system is designed purely for performance, helping better channel a lot of power to the road. Even in wet conditions the GT-R is very surefooted, resisting wheelspin that is often prevalent in high-powered cars. In regular driving all the drive is sent to the rear wheels, but when required the GT-R’s ATTESA E-TS all-wheel drive system can divert up to half the drive to the front wheels.

10. The GT-R’s six-speed automatic transmission is a transaxle, which means the gearbox sits at the rear of the car, between the back wheels. Drive is sent from the engine to the gearbox, then to the wheels, with some of that drive travelling back to the front of the car to power the front wheels. The drive shafts required mean there is a big hump, or transmission tunnel, on the floor between the two (tight) back seats.

11. The GT-R has 52 percent of its weight over the front wheels and the remaining 48 percent over the rear wheels.

12. Despite a trend towards lightweight aluminium construction in sports cars, the GT-R’s body is made of steel. That’s despite an earlier GT-R from the 1990s using some aluminium body panels.

13. The GT-R has a braking system produced by brake specialist Brembo. Up front there are six pistons pushing the brake pads onto each of the front discs. The rear has a four-piston setup. 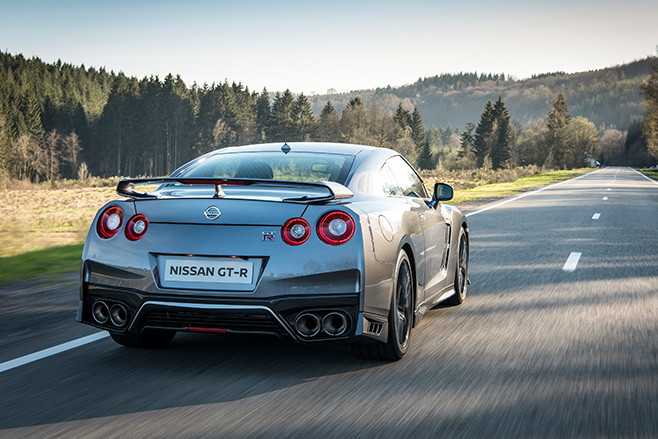 14. Every generation of the GT-R has been getting heavier, in part because of bigger components needed for better handling and more power, but also because of additional safety systems, including airbags. The latest R35 GT-R weighs 1725kg, which is more than half a tonne heavier than the original 1969 Slyline GT-R (1120kg).

15. The most famous Nissan GT-R sold in Australia was the R32 model that arrived in 1990. Just 100 were imported by Nissan Australia, making them a collector’s item that still commands good money today. Many others were privately imported, but these are typically not worth as much as the ones officially imported by Nissan. The GT-R was made famous for its V8-killing performance on Australian race tracks, including Bathurst, where it dominated the locally-made V8s in the Bathurst 1000. The GT-R was later banned from racing with the introduction of the V8 Supercar championship in 1994.