Fiery performance remains at the heart of the updated MY17 GT-R, but it now blends some much-needed refinement into the mix.

Fiery performance remains at the heart of the updated MY17 GT-R, but it now blends some much-needed refinement into the mix.

WHAT IS IT?
An update to the Nissan GT-R that first went on sale in 2007. While there have been various tweaks and updates to the potent R35 formula, this is the biggest update to the model expected to run till about 2019.

WHY WE’RE TESTING IT
To see if the extra 15kW and 9Nm really do make a difference to the fastest Japanese car ever produced.

MAIN RIVALS
It depends whether you want to benchmark performance or price. If it’s performance then look at the Porsche 911 Turbo, Ferrari 488 and Mercedes-AMG GT S. If you’re on a price limit then think BMW M5, Porsche 911 Carrera or Jaguar F-Type. 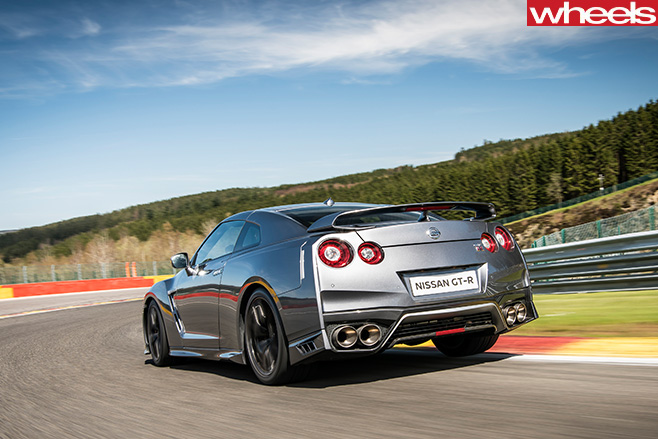 THE WHEELS VERDICT
Those hoping for more poke may be disappointed in the modest power upgrade to what is billed as the biggest update to the R35 GT-R. But the improvements to refinement and comfort make the MY17 version a more enjoyable car to live with every day. Oh, and the GT-R is still blisteringly quick.

THE WHEELS REVIEW
“A lot of the motorsport inspired noises have gone,” says the program manager for what is the biggest change to the R35 Nissan GT-R since it went on sale around the world in 2007. He’s half smiling at his off-the-cuff response to questions about whether this update addresses concerns the GT-R could feel or sound like something was about to go bang. 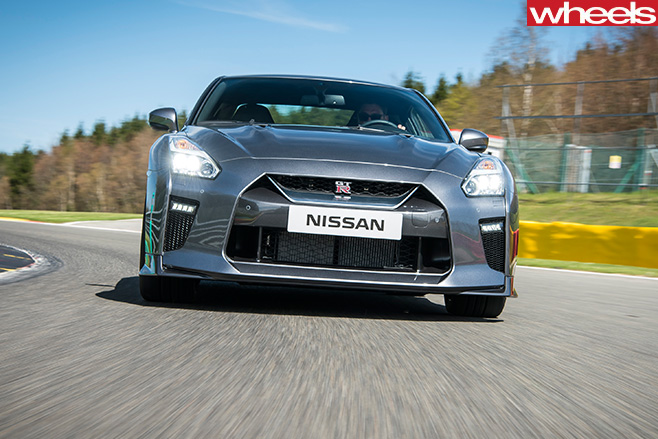 Think clunks and clangs; the sorts of things that made earlier version of the mighty GT-R more about the “R” than the “GT”.

Indeed, it’s refinement that is most obvious with the MY17 version of Japan’s fastest car. There’s still some mild whining from the gearbox, and you can catch the six-speed twin-clutch auto out when reapplying power at low speeds.

But things mesh more elegantly, and the noises are less intrusive, with the exception of tyre roar on coarse surfaces, which persists as a conversation stopper at speed.

The ride can be sharp, but soften the adjustable dampers and it’s supple enough for bumpy backroads.

Full-throttle upshifts are confident as the GT-R punches towards its claimed 315km/h top speed. 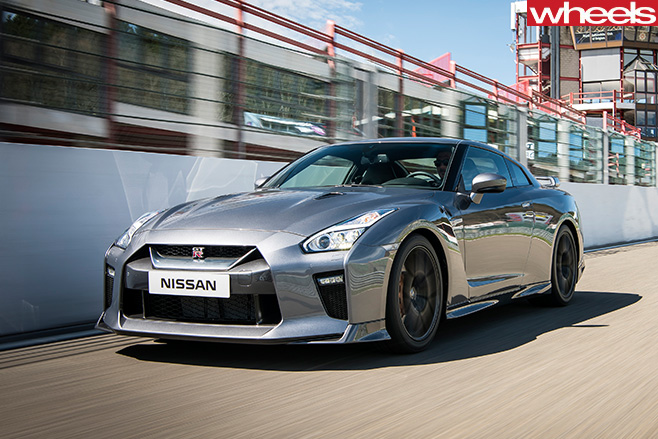 And the all-wheel-drive system is as intelligent as ever, sending drive rearward until traction is required further north. It gets better the harder you push it, teaming with the accurate steering to make understeer less intrusive than it should be; power hard out of bends and you can even wag the tail, frying the broad, sticky 20-inch Dunlops in the process.

Foibles continue, though. Like the transmission’s insistence on dropping through every gear when downshifting. Cruising at 60km/h in sixth gear can lead to a frustrating couple of seconds as it plucks fifth, then fourth and third, eventually unleashing the 637Nm torrent. And why won’t it drop down into second, a ratio good for blistering acceleration to a smidge over 100km/h? That’s where the paddle shifters come into play.

Aerodynamics have been a major focus for MY17, especially above 200km/h, where extra rigidity in the steel bonnet and the smoothed shape better settle the car. No qualms with its poise at speed, but the direct steering could do with more weight for a sniff more assurance. 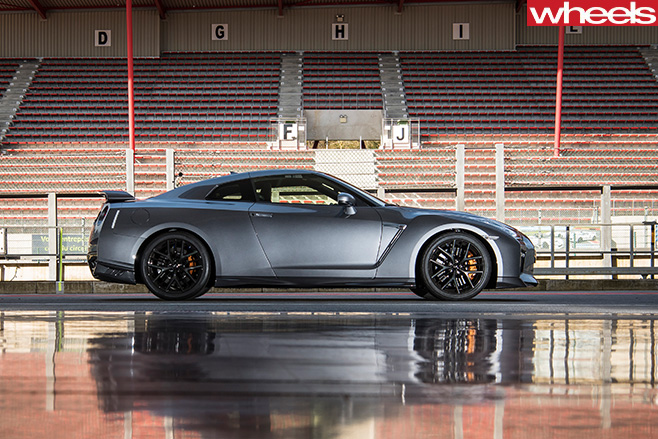 And there’s no hiding the car’s weight as pace increases. A 280km/h strap along a German autobahn reveals a car that is uber brisk rather than ballistic. It willingly revs to 7100rpm, air thrusting from the quad pipes with equal enthusiasm.

Performance hasn’t been overlooked with project MY17. Power from the hand built 3.8-litre V6 edges up 15kW to 419kW. Peak torque is available across a broader range. And Nissan chose one of the world’s fastest, most challenging tracks to unleash the GT-R on at the international media launch – Spa Francorchamps in Belgium.

It punches hard out of the tight hairpin that kicks off a lap and maintains impressive composure down the hill to the track’s most famous succession of bends, Eau Rouge. The way it settles into the dipped left-then-right-hander highlights the maturity of the dynamics. 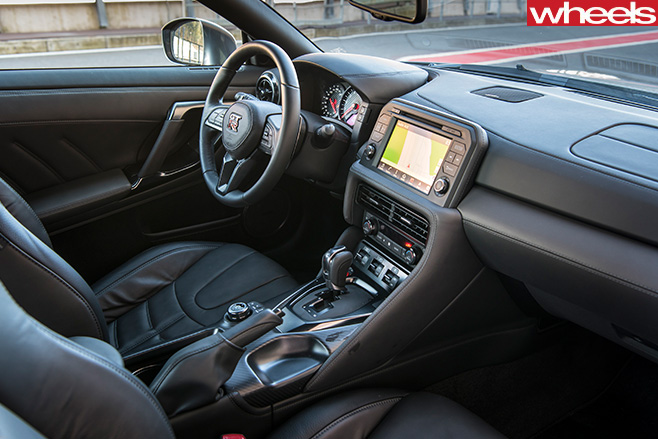 Yet as with the autobahn, Spa’s long straight and faster latter half show up the need for another ratio or two in the largely unchanged six-speeder.

While the GT-R is still a high-performance masterstroke, delivering sub-$200K supercar performance, it’s also starting to show its age in an era where the competition has stepped up.