BMW Australia builds its own M4 Competition, giving it more herbs and – crucially – a chassis rethink

WE’VE been gazing with envy for a few months now as overseas owners of BMW’s F series M cars – the F80 M3, F83 M3 Convertible and F82 M4 – have been optioning up their cars with something called the Competition Pack.

Given how much interest the mild makeover has garnered, BMW Australia has taken the notion a step further. Instead of offering it as a pack option, BMW has simply taken the standard M car, added the kit, badged it as a Competition and added three more cars to its M range in one fell swoop.

Buyers now have the choice of 12 (if you count manuals and DCT transmissions) different BMW M3/M4 variants. The M4 Competition differs little from its stock brethren on the outside, apart from the GTS-inspired forged 20-inch rims and a smattering of gloss black paint on the grille and side strakes. 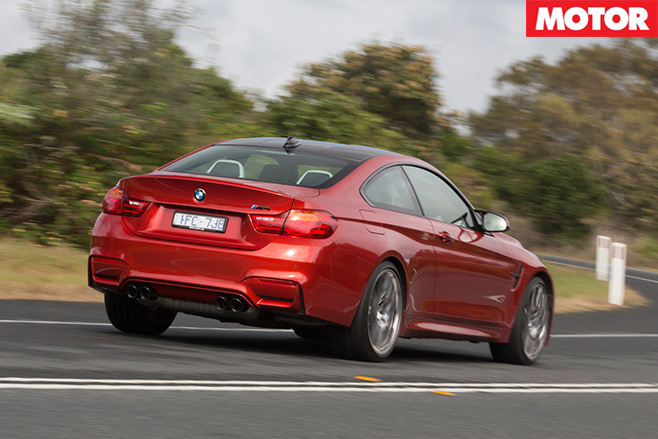 You can also get a glimpse of the lighter, redone front buckets through the side windows, too. There’s a bit more going underneath the sheet metal, though. An extra 14kW has been liberated via an ECU tickle and 500 more revs for the 3.0-litre twin-turbo straight six.

There’s a freer-flowing exhaust backbox with cool metallic black quads tips, there’s a set of 20-inch rims with wider 265/30 R20 front, 285/30 R20 rear Michelin PilotSport tyres mounted on 15 per cent stiffer springs and revised dampers front and rear, and both the rear diff and traction control systems have been tweaked to suit the new chassis tune.

Nerdy bonus point; the engine’s bed plate – the bit that holds the crankshaft – is now stiffer, as well. Its new high of 331kW@6000rpm and 550Nm@1850-5500rpm still leaves it some way short of its arch nemesis, the Merc-AMG C63 posse, but it’s a healthy tweak at the business end of the rev range. 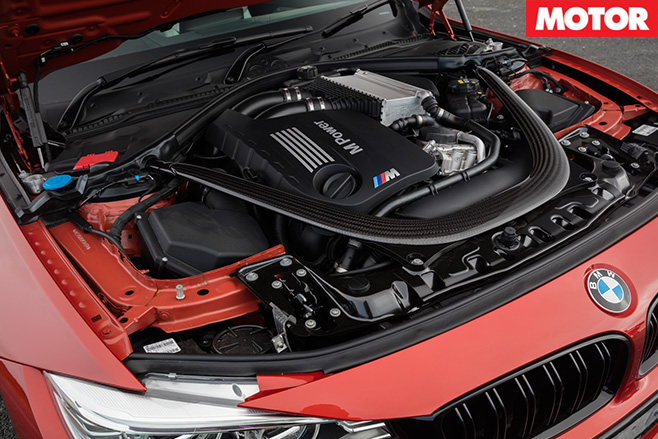 The straight six belies its turbo underpinnings, howling with grit right through to its higher redline, building volume and intensity all the way. Despite entreaties from BMW that the revised exhaust noise would “wake the neighbours”, it would have to be a pretty quiet neighbourhood with particularly grumpy neighbours; there’s a richer timbre at start-up and a deeper baritone bark at light throttle loads, but ‘raucous’ is a strong description.

The extra kit costs $5000 on top of the regular Ms, meaning that the M4 Competition costs $154,615, still a neat ten grand dearer than the identically performing M3 Competition sedan. Thankfully, the slick-shifting six-speed is a no-cost option. 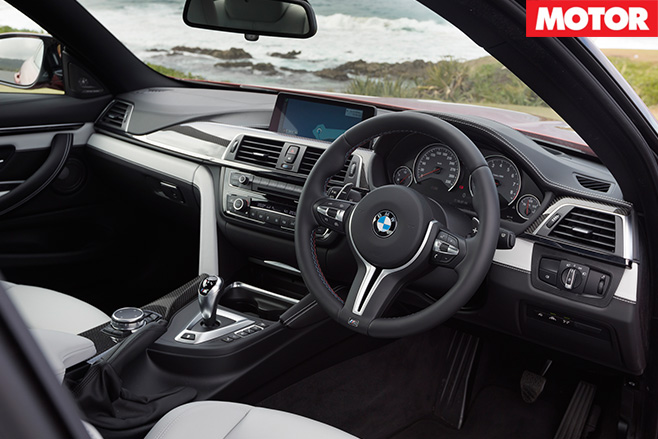 Through town and on the freeway, the M4 is pleasant enough in comfort mode, with some road roar making its way in on rougher surfaces. There are still multiple ways of choosing your tune via the M buttons or dash switches, and on a damp and slippery morning, the M4 shows it still has a nervy side, even with the dampers softened off.

In truth, it’s still an angry rear end for a road-going car. The traction control light is busy even under light throttle loads; the mid-stroke of the throttle just isn’t quite progressive enough to allow smoother modulation of the torque to the tarmac.

Once it dries up a bit, though, the BMW M4 shows a newer, more mature side once the pace increases. Those stiffer springs that hamper the tyres’ abilities to track the road at lower velocities yield to reveal a complex damper map that can handle mid-corner corrugations and g-out hits with aplomb, while the chunky brakes are superbly modulated and offer incredible feel. 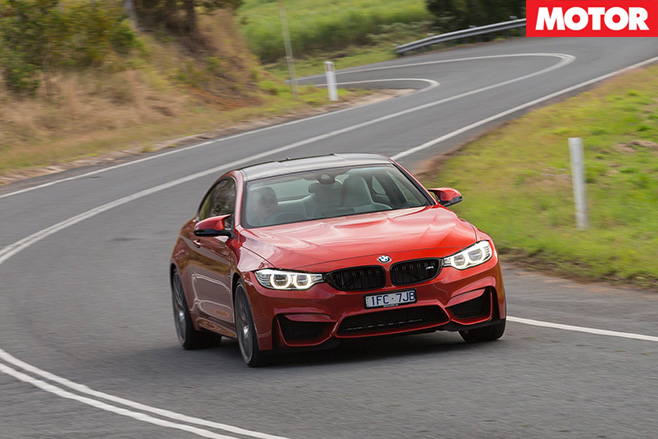 The steering, though… it was one of the things we argued about on that first date, and while it’s better, it’s still too digital, too artificial at crucial points. It turns in with aplomb and holds a line, but you’re not feeling it through your fingertips when you need it most.

In all, it’s a more than worthy mid-term upgrade to the M4, and one that goes some of – but not all of – the way towards quelling some of our earlier doubts about the car’s ultimate abilities. 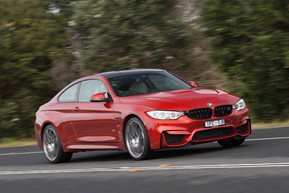