There comes a time in everyone’s life when the wild excesses have to be reined in and a more restrained, mature approach is required.

For Nissan’s R35 GT-R, it appears that age nine is the tipping point, which must mean that one car year equals about three human years.

Having fiddled around the edges for years, adding a few extra kilowatts here and a stiffer suspension bush there, Nissan has unveiled a much more substantial update for the 2017 model year GT-R, primarily aimed at making it a more liveable day-to-day proposition. 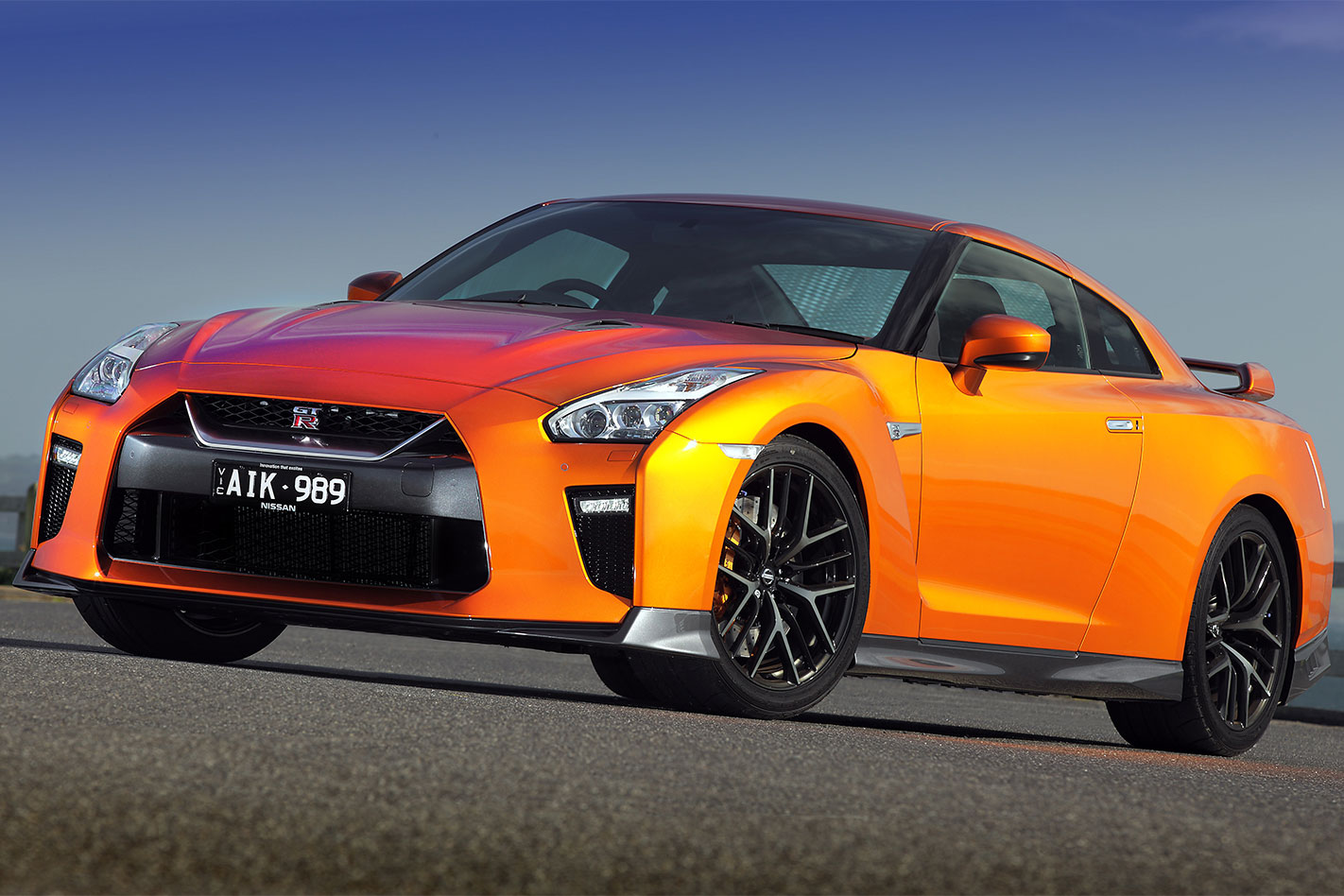 That may be disappointing news for performance junkies who live and breathe Nurburgring lap times, but truth be told there’s never been much wrong with the GT-R’s performance, but there’s been plenty wrong with its abilities as a daily driver.

The last time I spent significant time in an R35 was in 2011, covering over 700km in the space of a week. Its performance on a twisty road was absolutely jaw-dropping, but the ride varied between harsh and spine-crushingly brutal and the diffs and gearbox felt and sounded like someone had forgotten to put any oil in them. 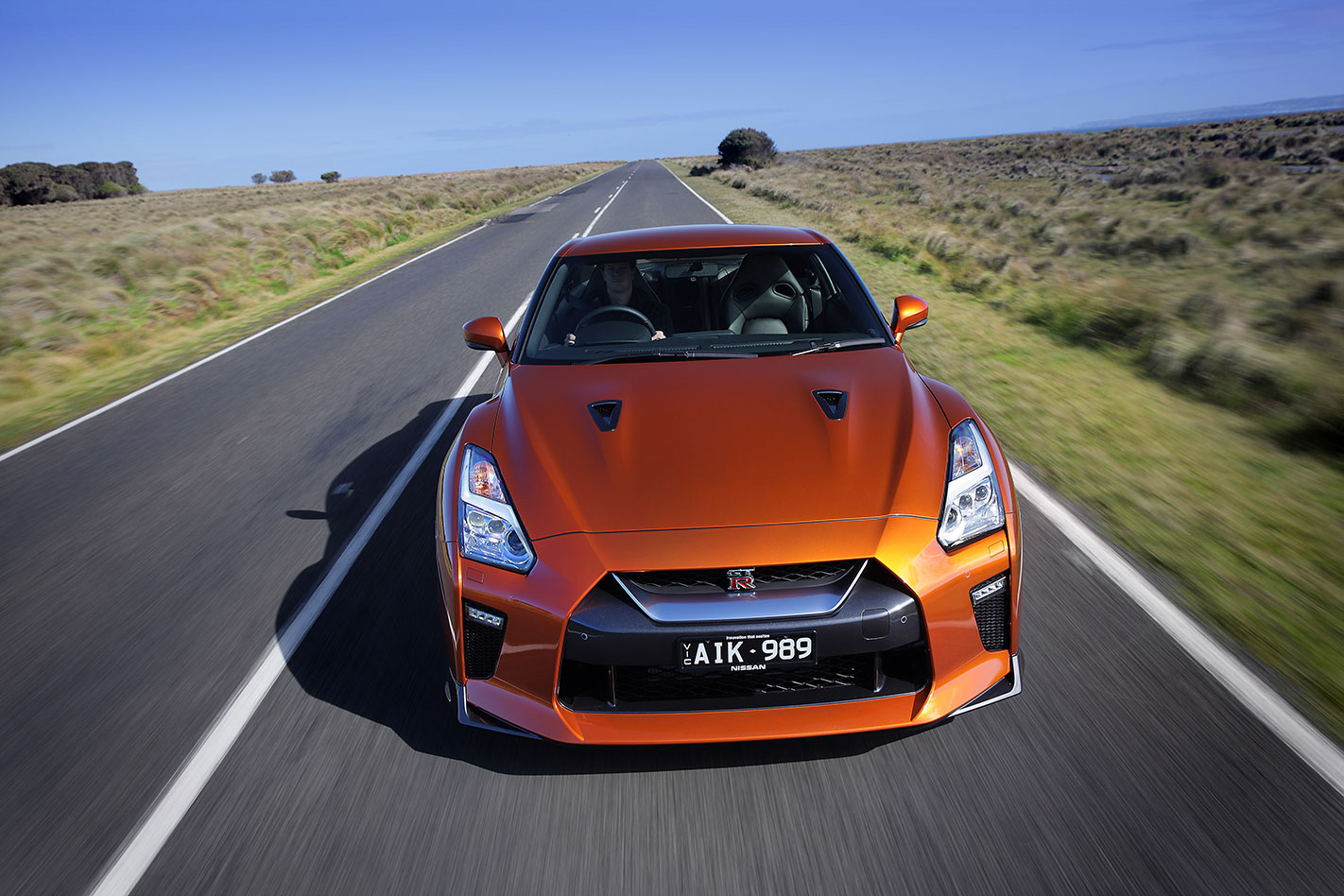 It takes less than five minutes for the MY2017 GT-R to prove it’s a much more civilised proposition. There’s still the odd clunk from the rear end during carpark manoeuvring, but thanks to Active Noise Cancellation – strategically placed microphones emit the same frequency as unwanted sounds to cancel them out – and plenty of noise absorption material mechanical and road noise is relatively low.

A more rigid body structure has allowed Nissan to soften the dampers slightly; it’s still not exactly plush on rough surfaces, but locked in Comfort mode the ride feels roughly comparable to the likes of AMG’s C63 S Coupe or BMW’s M4 Competition and tolerable for the urban grind. The biggest bugbear on most roads is a strong tendency to tramline, a consequence of aggressive wheel alignment and 255/40 ZR20 run-flat front tyres.

The biggest changes, however, concern the interior. It’s a leather fetishist’s wet dream, with ex-cow covering almost every visible surface. The design looks much more premium, the new steering wheel is a delight to hold and the new 8.0-inch touchscreen has reduced the button count from 27 to 11. The graphics are more Playstation 1 than Playstation 4, but it’s intuitive to use, whether by pressing the screen or via the iDrive-like controller in the centre console. 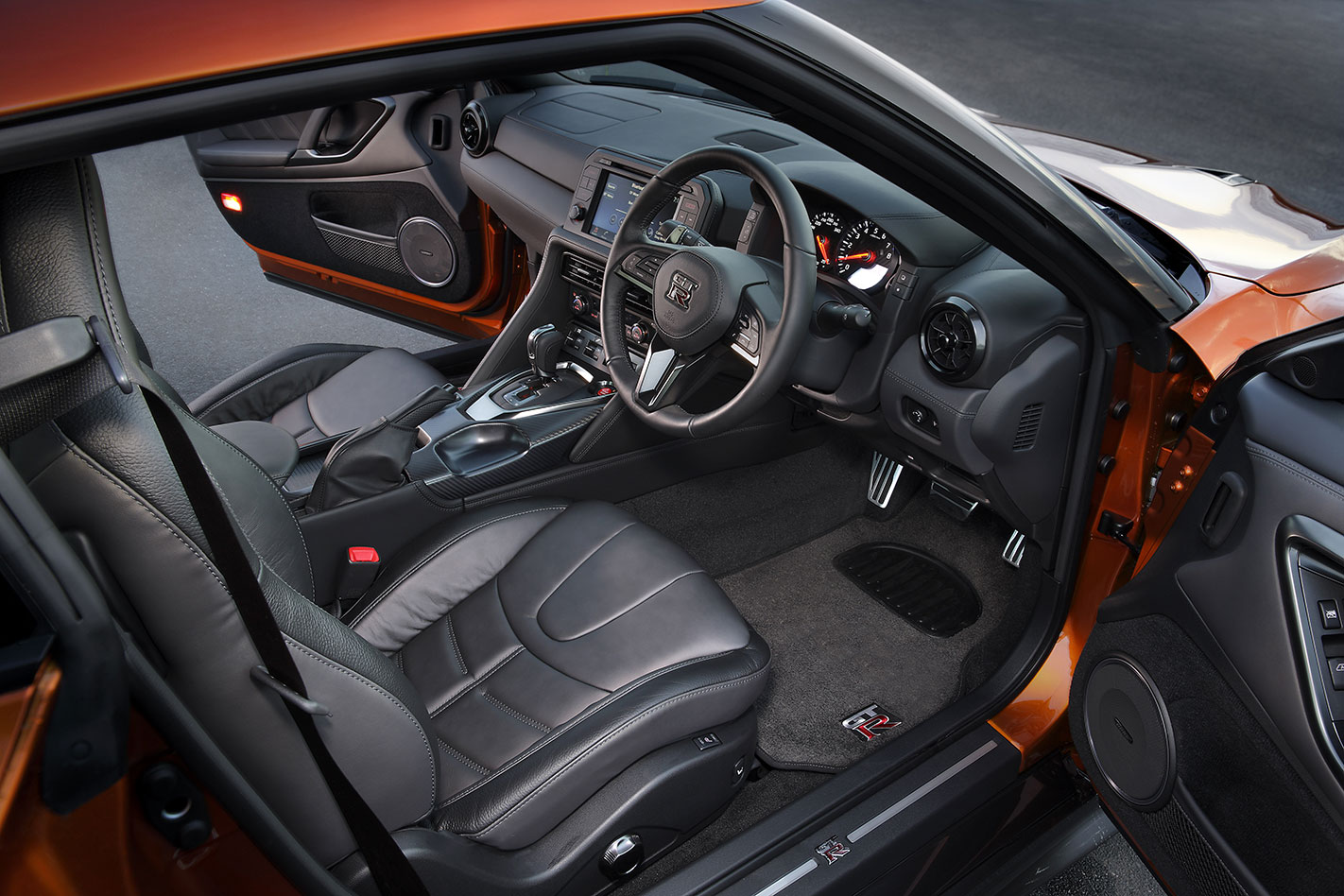 With all this talk of comfort and refinement, at this point you could be forgiven for wondering whether Godzilla has gone soft, quit tearing up Tokyo, made peace with Mothra and retired to a south Pacific island. Thankfully, nothing could be further from the truth, as the GT-R is still capable of tearing off your head at a moment’s notice.

In a world of 12-second hot hatches, turbocharged 911 Carreras and Ludicrous Teslas, perhaps the R35’s punch doesn’t quite have the same shock value it once did, but it still takes real effort to reach full throttle on the public road.

A slight lift in boost pressure and new ignition timing system has extracted a further 15kW/4Nm from the 3.8-litre twin-turbo V6 for a total of 419kW/632Nm, which is more than enough to motivate 1765kg of R35. 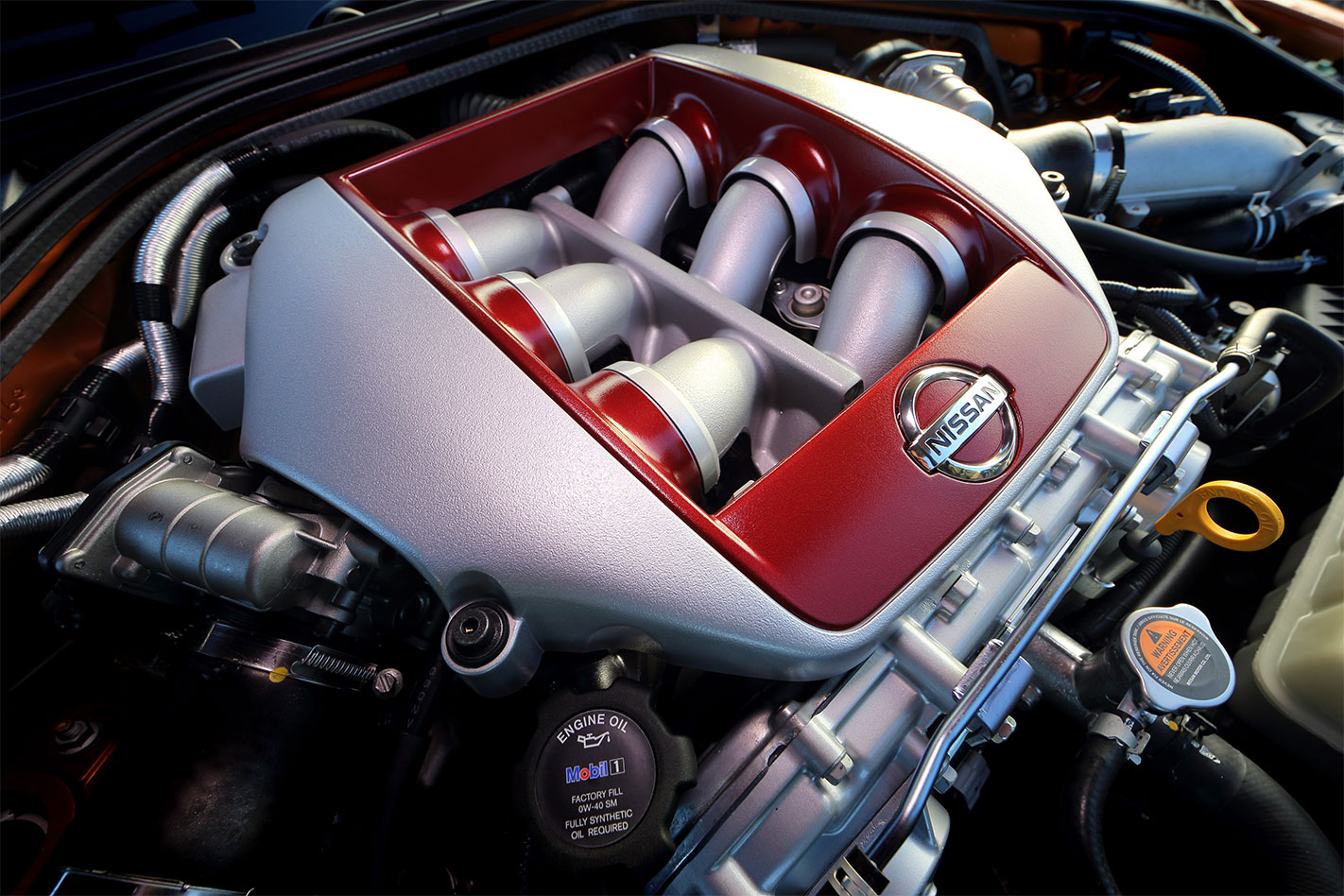 According to Nissan, bald figures are no longer a priority, the previous generation GT-R’s staggering 2.7sec 0-100km/h claim carrying over to the 2017 model, but regardless of the accuracy of that claim – which hopefully we’ll verify soon – its straight-line pace is awesome. Even the wide expanses of Phillip Island can’t dull its ferocity, the speedo still climbing with purpose past 250km/h at the conservative braking marker for turn one.

At this speed the revised styling is having an effect, shaping the airflow over the reinforced bonnet, across the new side skirts and past the redesigned C-pillar, all in the name of reducing turbulence and drag associated with the 20 per cent larger front air intake, required to meet the increased cooling demands of the more powerful engine. 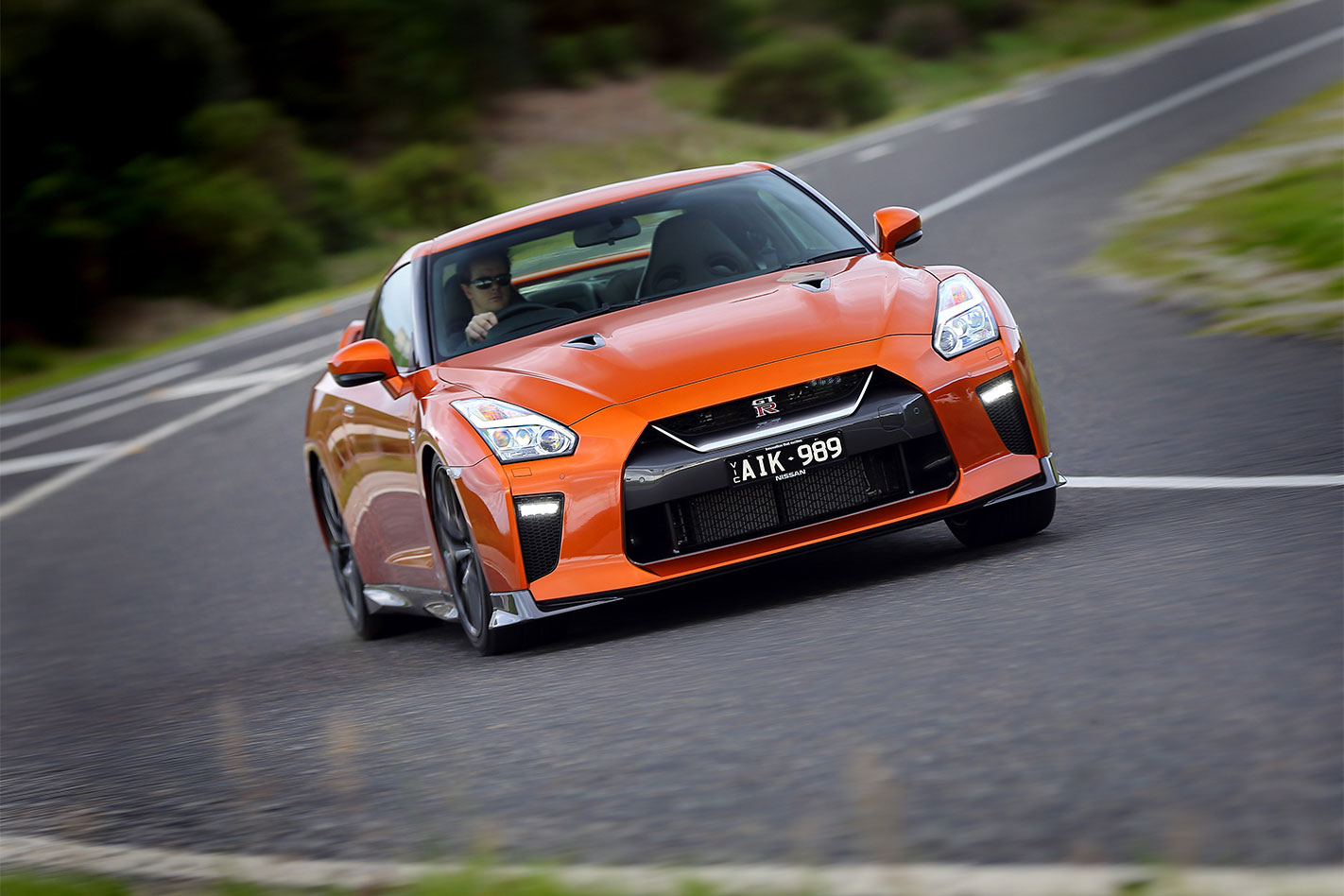 Compared to the very latest turbo motors, on the open road there is a degree of lag to deal with, but that just makes the boost hit even more impressive when it does arrive. The GT-R’s six-speed dual-clutch might seem a cog or two short these days, but the ratios are perfectly spread and relatively short, the engine spinning at 2450rpm in sixth at 110km/h.

It still shifts extremely quickly and Nissan has paid particular attention to its low-speed behaviour with reasonable success; even better, the paddles are now mounted on the back of the steering wheel rather than fixed to the column.

Accessing the GT-R’s ultimate limits on the public road is nigh-on impossible and certainly inadvisable. It’s difficult to imagine a scenario in which you’d need to take the dampers out of Comfort; GT-R boss Hiroshi Tamura admits it’s the best setup for road use due to the extra compliance keeping the wheels in greater contact with the tarmac over bumps. 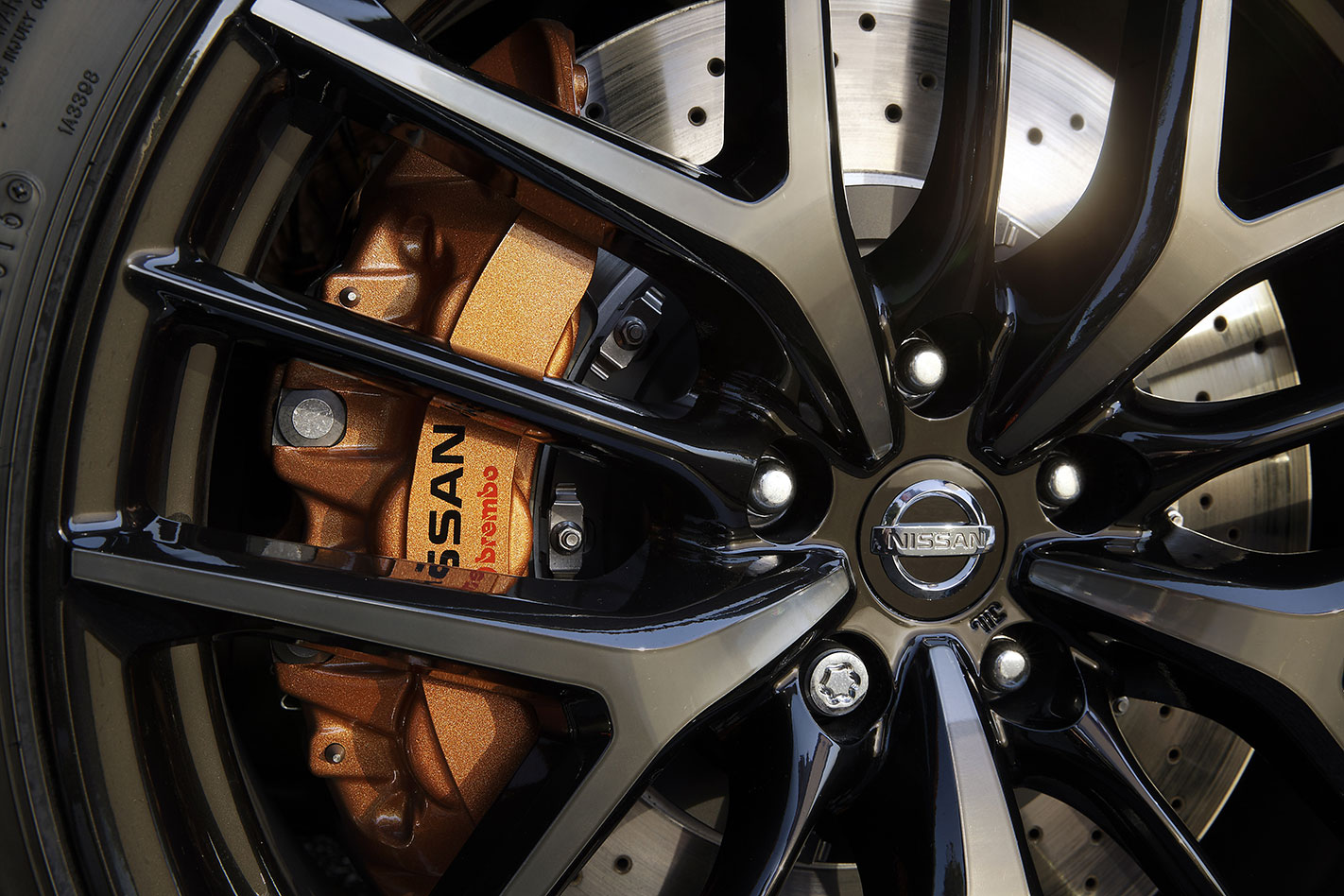 On a race track Nissan’s supercar proves awesomely capable. It can’t completely escape its weight, the suspension sometimes needing a moment to settle in Phillip Island’s long, fast corners, but the speeds are extremely impressive and only at the end of a four-lap stint do the brakes begin to show even the slightest hint of strain.

With the track still damp in places, a certain level of caution is required but, even so, you can feel the torque being shuffled around beneath you as the ATESSA all-wheel drive system works its magic.

If there’s a chink in the GT-R’s armour, it is its behaviour in wet conditions. Far from being the ultimate all-weather machine, the lack of front-end purchase on a wet road or track can be disconcerting and the GT-R has the power to spin up all four wheels on a slippery surface. It can still cover ground at a phenomenal rate, but care is needed. 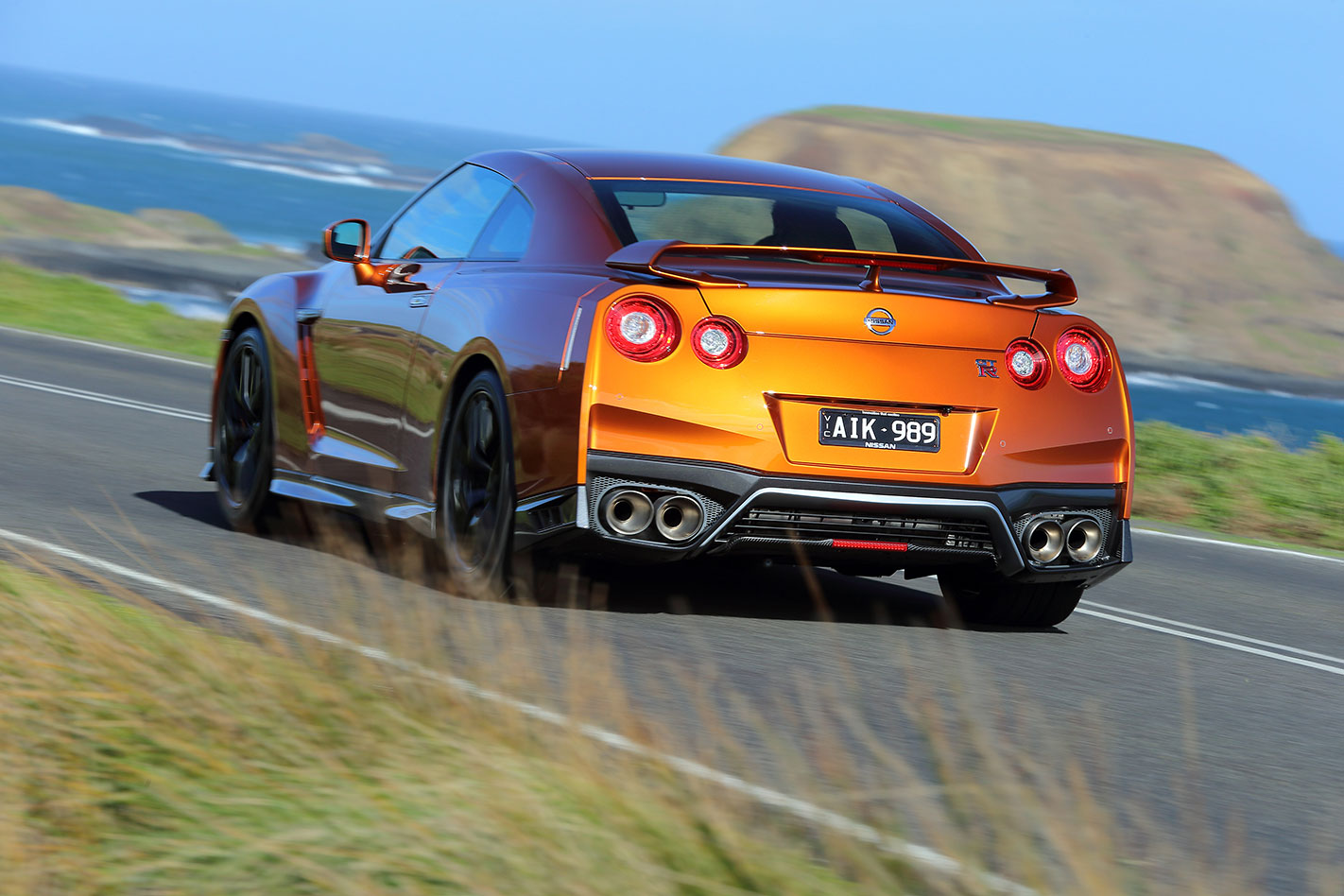 Wet weather wobbles aside, Nissan’s 2017 update has managed to keep the GT-R relevant and competitive in a fast-moving performance car market, and the breadth of the changes makes the substantial price increase a little easier to swallow.

The 2017 GT-R might be more mature than ever before, but sky diving is safer than it used to be, too. It’s all relative.

Nissan’s halo GT-R evolves with less weight, quicker shifts and carbon-ceramic brakes. but is it enough to justify a scary new price? 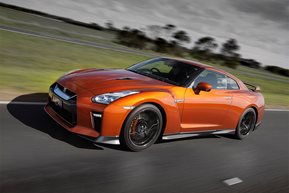