Sure, Teslas are spectacular cars, but their creator, uber-nerd Elon Musk, must look at the Citroen C4 Picasso and think, damn, I wish I’d done that.

Musk, of course, is the real-life inspiration for Robert Downey Jnr’s Tony Stark character in The Avengers, while the Citroen has a face seemingly modelled on his Iron Man mask.

The C4 Picasso is a mighty fine looking thing, particularly from front on, for the mutant mashing together of a hatch, a wagon and a (small) SUV, but the car it’s been cut down from, the seven-seat MPV Grand Picasso, somehow manages to be a better looking thing overall.

It’s quite clear that the Grand version was the original design, while this is more like ordering the six-inch sandwich at Subway; shrunken and somehow emasculating.

Indeed, Citroen seems to be offering you less of the same with the Not So Grand C4 Picasso, with only three excellent individual pews behind you instead of five and less legroom in the outside two.

Most bizarrely of all, though, the company is hoping to charge people $40,990 for the hatchy C4, which is just $4000 less than the Grand version, with two extra seats, and 174mm more length.

Option up an electric tailgate at $1000, the Driver Assist package at $2000 and the full nappa leather interior, with seat heaters (which lifts the sense of style and quality in the interior from Formule 1 Hotel to Formula One hospitality) and you’ll have to wonder why you didn’t just go for the Grand. 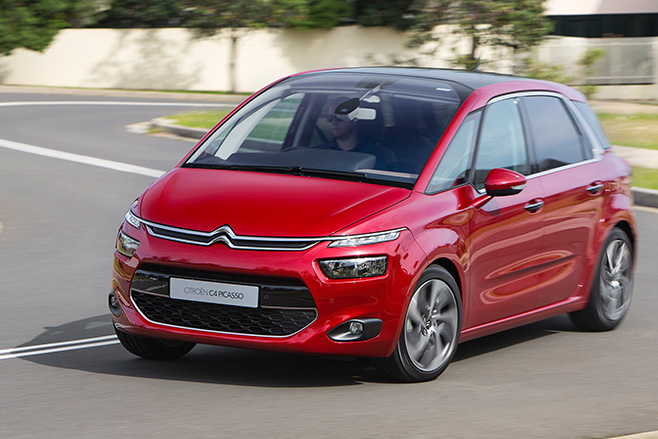 Sure enough it’s powered by a clever and tractable 1.6-litre engine, jointly developed by Peugeot, Citroen and BMW to do duty in a multitude of vehicles.

It’s fun, without being thrilling, and has a useful bottom end with max torque available from 1400rpm all the way to 4000rpm. 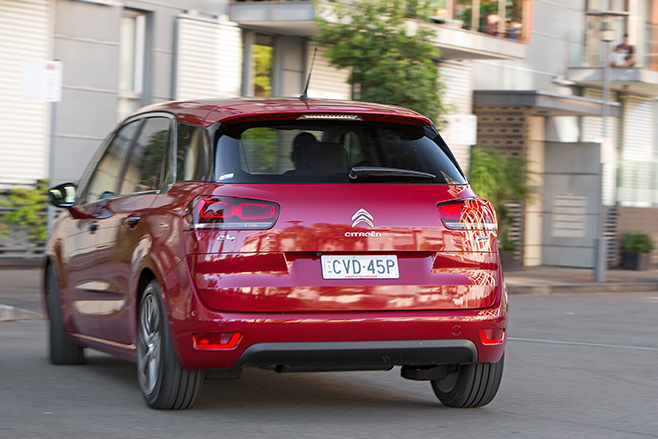 The cabin is light, airy, spacious and super glassy, with a ‘panoramic windscreen’ that can be made even more Imax-like by sliding back the sun shades. The dash, with its two lushly rendered giant screens, feels super classy, and futuristic, although the upper-spec trims are miles ahead of the base model.

Behind you is a big boot with a class leading 537 litres of space, or 1851 litres with the seats down, and a space-saver spare.

As usual in a Citroen, the ride is of premium quality and the handling is surprisingly capable, with minimal understeer. The local importer chose to launch it on some serious driver’s roads, which shows faith in the product.

They were also at pains to point out that this C4 is not just a Grand Picasso with two less seats, although it clearly is, and that it drives like a hatch, has the practicality of a wagon and the high hip point/easy child loading of an SUV. 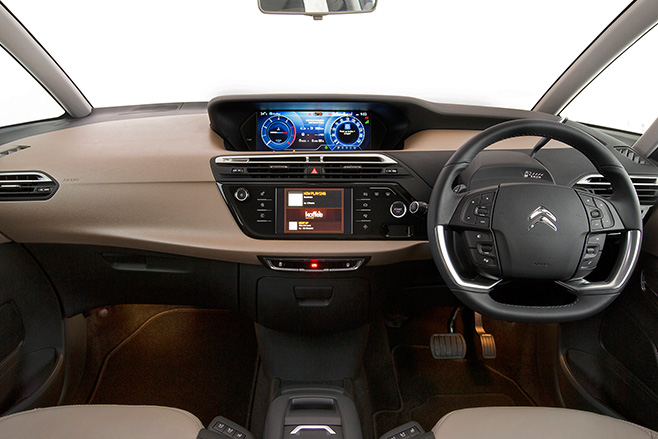 Much was also made of the fact that the car’s natural competitors - the Vauxhall Zafira and Ford C-Max - are absent in this market, which means it’s only up against more expensive offerings from Benz (B Class) and BMW (2 Series Active Tourer).

This is fine, if you accept that Citroen is a premium brand, which would make its $40,990 price tag seem reasonable. Sadly, however, we’re not buying it. And nor will many other Australians.

Click here to find out more about the Citroen C4 Picasso.