We get hands on with the rear-wheel drive only Ford Everest – an SUV designed to have the space, ruggedness and towing ability of the 4WD models.

The Everest was designed from the outset as a serious off-roader that utilises the underpinnings of the Ranger ute. It uses a truck-like ladder frame chassis and a diesel engine. However, Ford has just released the Everest RWD (rear-wheel drive), which drives only two wheels. It is designed to have the space, ruggedness and towing ability of the 4WD models but without the weight and cost of the 4WD system. 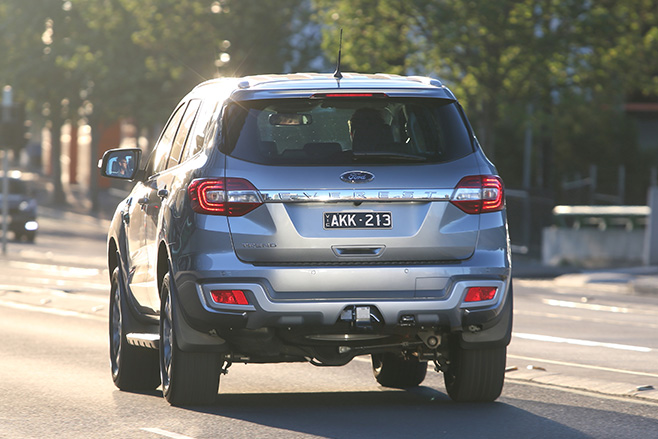 Towing. The 2WD Everest has the same 3000kg towing ability as the regular 4WD Ford Everest. So for those not planning to go off-road but wanting to tow a caravan or boat it is a good way to save $5000 over the four-wheel drive model.

Driving on rough roads. The Everest still gets a tough suspension system and the same basic construction of the four-wheel drive models. So it is still very capable at traversing rough dirt roads or poorly maintained bitumen roads. Just don’t expect it to drive over sand or mud without the 4WD system.

Family friendly space. The Everest has seven seats across three rows, so it comfortably accommodates large families. It’s also one of only a handful of seven-seat SUVs that allow a child seat to be fitted in the third row (most SUVs don’t have the top tether points to allow child seats to be used in the third row). 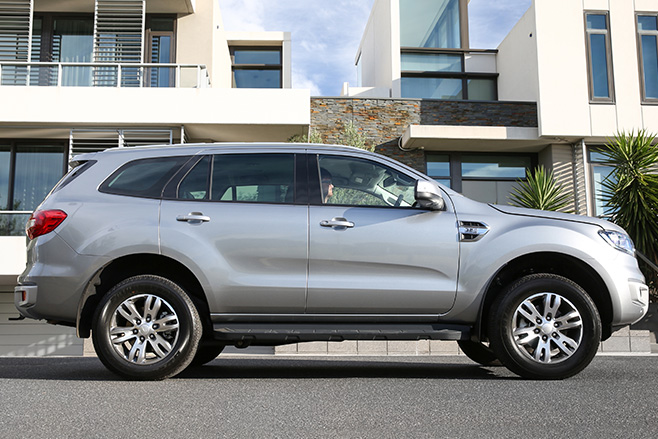 Going on the big trip. The Everest RWD does most of what the Everest 4WD will do, so it’s very well set up for long distance driving. It’s also fairly quiet for what is such a capable vehicle, something that also helps with its long distance touring ability.

Saving fuel. The Everest 2WD is claimed to use 0.1 litres of fuel less per 100km compared with the 4WD version (8.4L/100km versus 8.5L/100km). That’s primarily because it weighs 98 kg less due to the removal of the front drive shafts and the 4WD transfer case (a transfer case allows the selection of low range, for serious off-roading). In real world driving (versus the laboratory that the official fuel figures are calculated in) the 2WD should reduce fuel bills by a few percent compared with the 4WD.

Getting up to speed. That weight reduction also means the 3.2-litre five-cylinder turbo diesel will provide better acceleration. While it won’t be a major difference, it means the Everest 2WD should be slightly snappier when overtaking or accelerating briskly to freeway speeds. 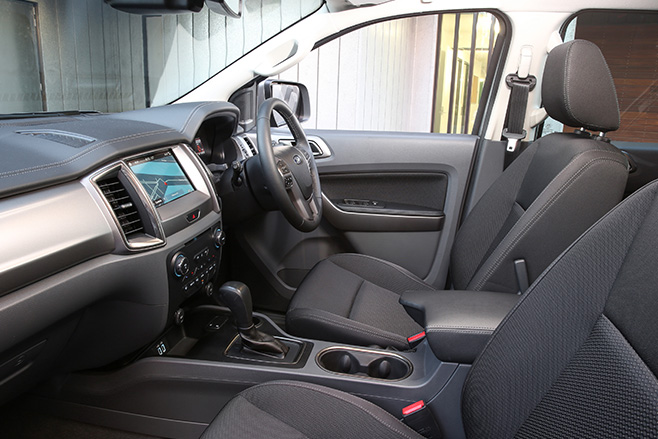 Model choice. The Everest rear-wheel drive is only available in the Trend specification level. If you’re shopping for the 4WD model there is a more affordable Ambiente and a more expensive Titanium, the latter bringing leather and other luxury extras.

Agility around town. Being based on a truck design the Everest 2WD doesn’t have the steering crispness and planted manners of a car-based SUV, such as Ford’s soon-to-disappear Territory. So it’s more of a handful than something like a Territory in tight streets. 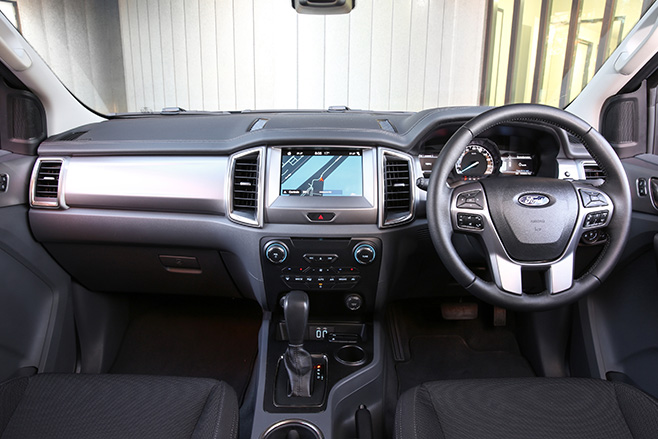 Saving for one. The Everest has a price premium over some cars with similar attributes. So while the core engineering and ability is very good, you pay for it.

The 4WD model. Sure, $5000 is a lot of money. But for many people that extra spend will be well worth it considering the extra ability it adds; for example it could make it easier to get a boat up a slippery boat ramp, or it could allow for an interesting side trip that you may otherwise not have been able to take. And the reality is much of that $5000 additional outlay will be paid back when you go to sell the car.

Most of the cars in this segment drive all four wheels. They include the Toyota Prado, Mitsubishi Pajero Sport, Holden Trailblazer and Toyota Fortuner. However, Isuzu produces a two-wheel drive version of its MU-X, which makes it the most direct rival, although the reality is for some people the 4WD models will make more sense.