Kia finally allows us behind the wheel of its much-hyped rear-drive hero, the Stinger, at the daunting Nurburgring Nordschleife.

Kia finally allows us behind the wheel of its much-hyped, rear-drive hero around the famous Nurburgring Nordschleife to see if the promises haven been delivered.

TELL ME ABOUT THE CAR

A spacious, four-door Kia sedan that will power oversteer. A Kia with a nicer interior than most Volkswagens. A Kia that doesn’t turn into a smoking wreck after a half-dozen corners on a racetrack – a Kia you might actually want to take for a drive. That’s what we’re dealing with here. 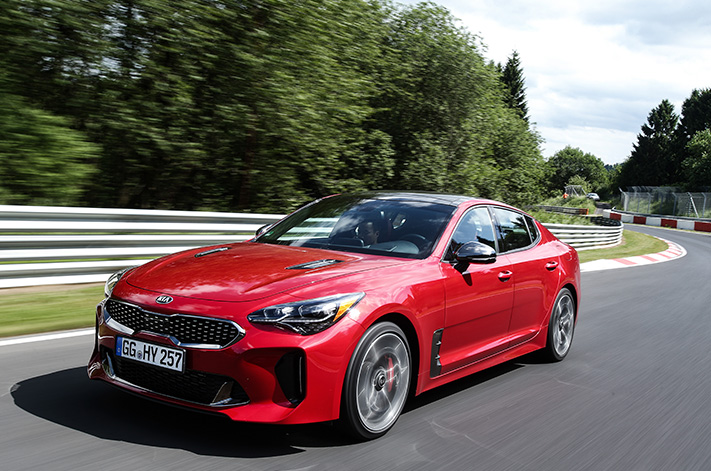 For many this is a car that will absolutely be what the doctor ordered to soothe the anguish of losing our much-loved locals. With 272kW/510Nm, rear-wheel drive and a mechanical limited slip differential in a big, four-door sedan, you bet this is a car that Australians will feel very familiar with, warm to quickly and find easy to like.

Sadly, our time with the Kia Stinger GT was frustratingly brief (just one lap of the track and no on-road driving), but it was enough to notice that this game-changing Kia is fast and powerful. 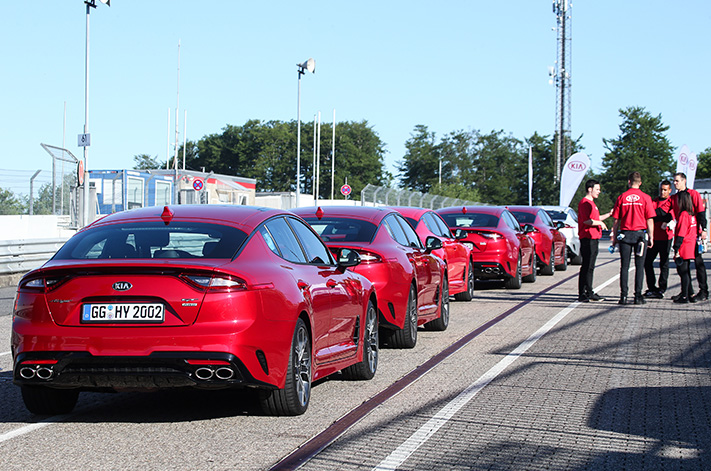 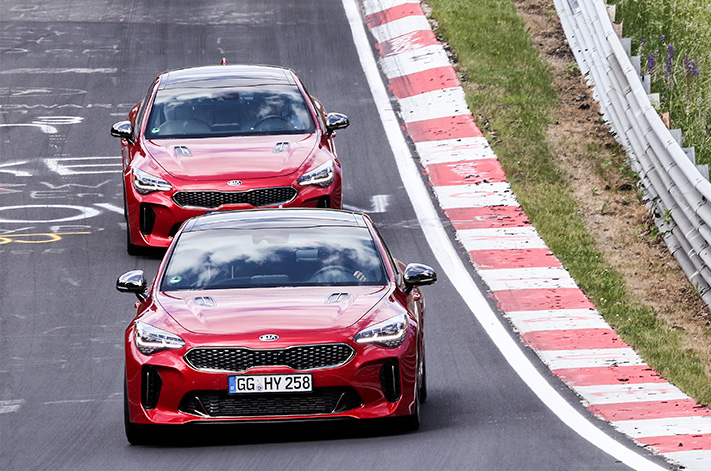 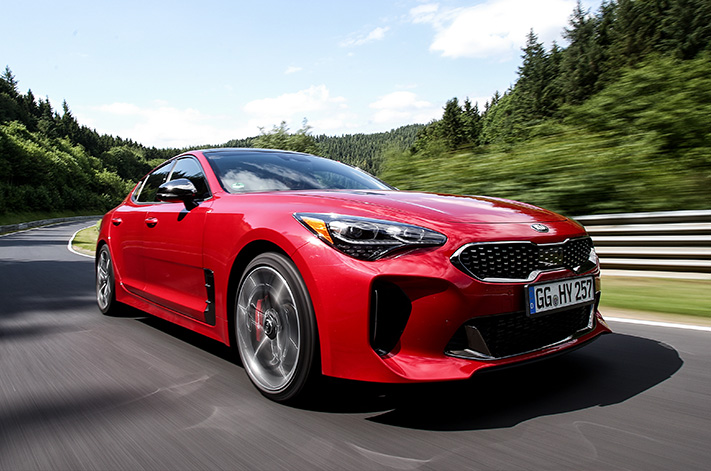 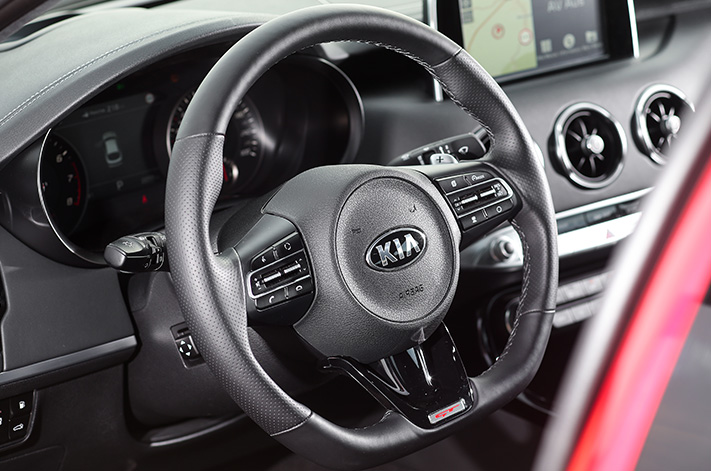 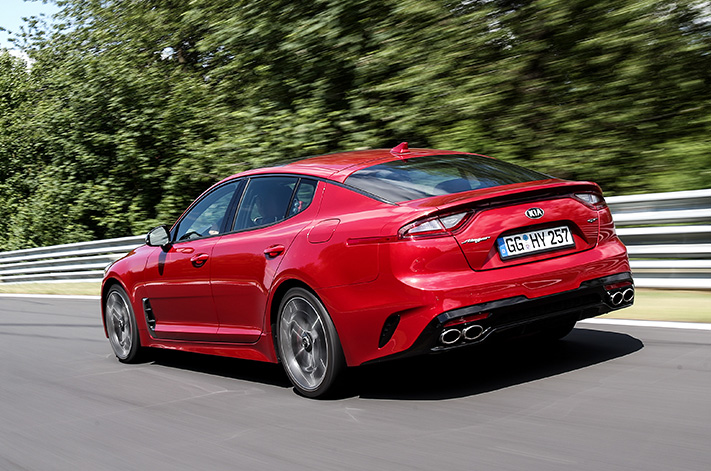 The Kia Stinger GT is, in many ways, a competitor for our Aussie-built, and performance-orientated four-door sedans like the Holden Commodore SS – at least that’s what Kia wants you to believe. If you’re after something Euro-based for comparison, then a Skoda Superb 206TSI 4x4 or Volkswagen Passat 206 TSI are worth a look.