The Mitsubishi Eclipse Cross is the Japanese automaker’s newest product, and one that bolsters the company’s presence in the increasingly-popular and commercially-crucial small SUV segment. Priced to sit between the ASX and the Outlander, it’s a ‘tweener’ model that’s aimed at small SUV shoppers who want something that’s more modern-looking, better-equipped and more premium-feeling than the ASX – but not necessarily much bigger – and the flagship Exceed grade certainly adopts a premium posture. But does it hit the mark? 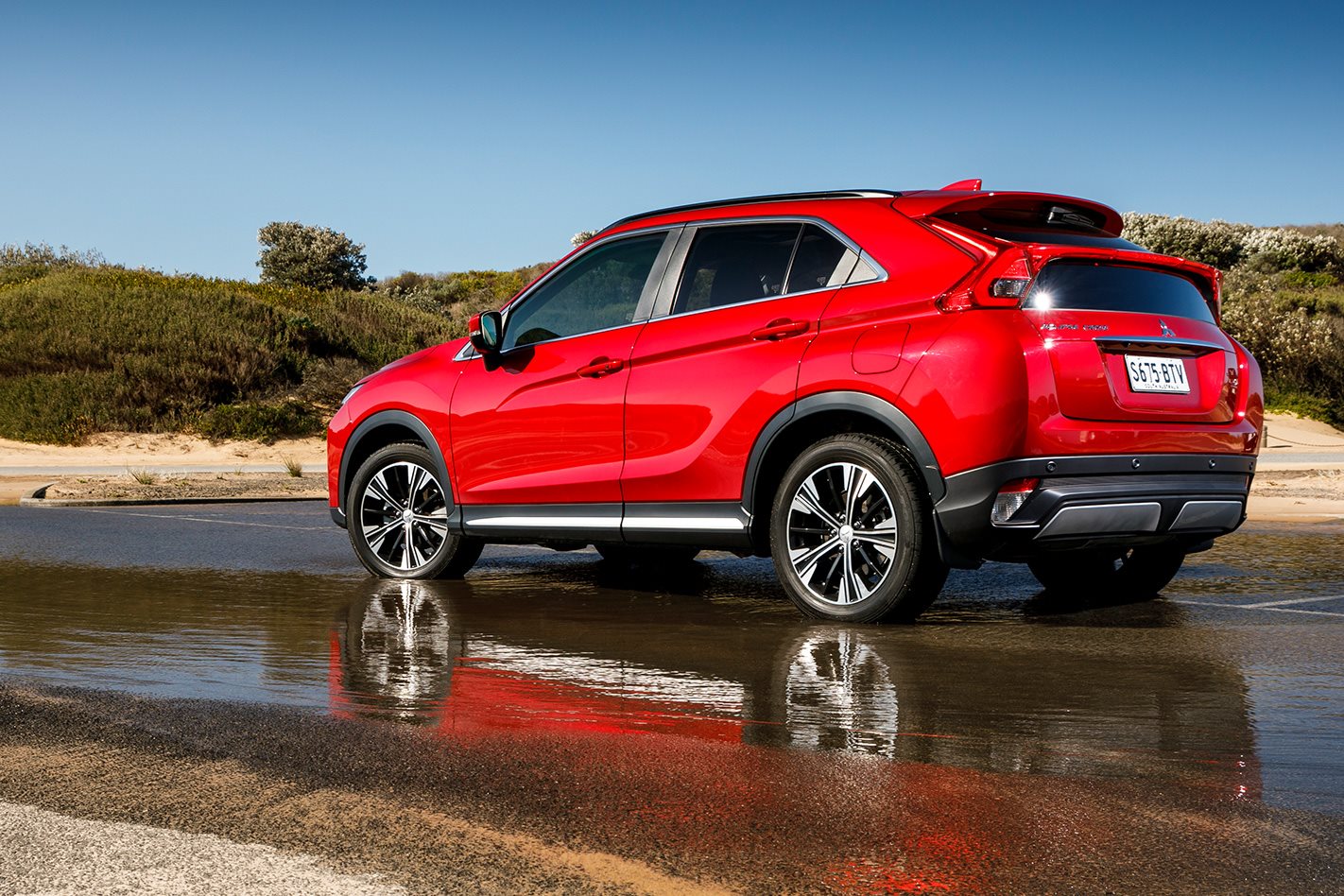 At $36,000 before on-road costs, the Eclipse Cross Exceed seems like it’s at something of a price disadvantage. That pricetag propels the Eclipse Cross, a small SUV, deep into medium SUV territory, where the competition is fierce and there’s no shortage of excellent cars to choose from.

However Mitsubishi’s strategy for its range-topping Eclipse Cross is to pack it full of equipment to help justify its cost. It’s certainly feature-rich, we’ll give it that, however there’s no additional value-adds in the form of different powertrains or mechanical improvements over the base model. An AWD option is available, but it costs $2500 more than the front-wheel drive model we’re testing here.

It is at least easy on fuel, with a manufacturer fuel consumption claim of 7.3 L/100km and the ability to run on 91 octane petrol (despite being turbocharged) helping keep running costs reasonable. There’s capped-price servicing too, with intervals set for 12 months or 15,000km and prices fixed at $300 for the first service and $400 for the next two services. 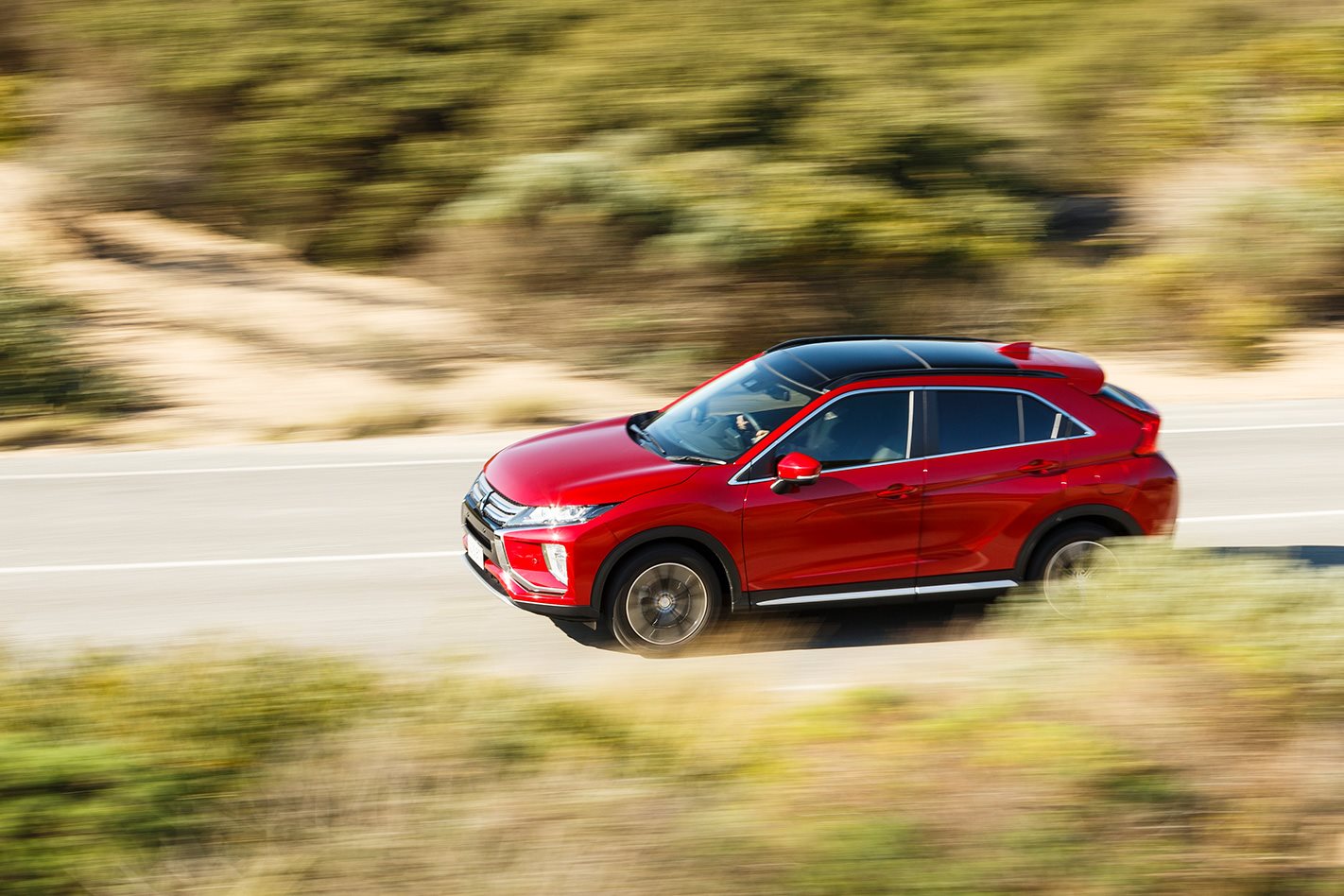 Seemingly everywhere you look in the Mitsubishi Eclipse Cross Exceed, there are buttons. Dozens of them – certainly more than the average SUV – and it’s all because the Exceed grade is absolutely packed to its metal gills with equipment.

However, while the list of gear is impressively lengthy, there are some holes. The primary one is the lack of integrated satellite-navigation – fairly unforgiveable for a $36,000 car in this age, though you can at least use smartphone mirroring options like Apple CarPlay and Android Auto to get around that shortfall. 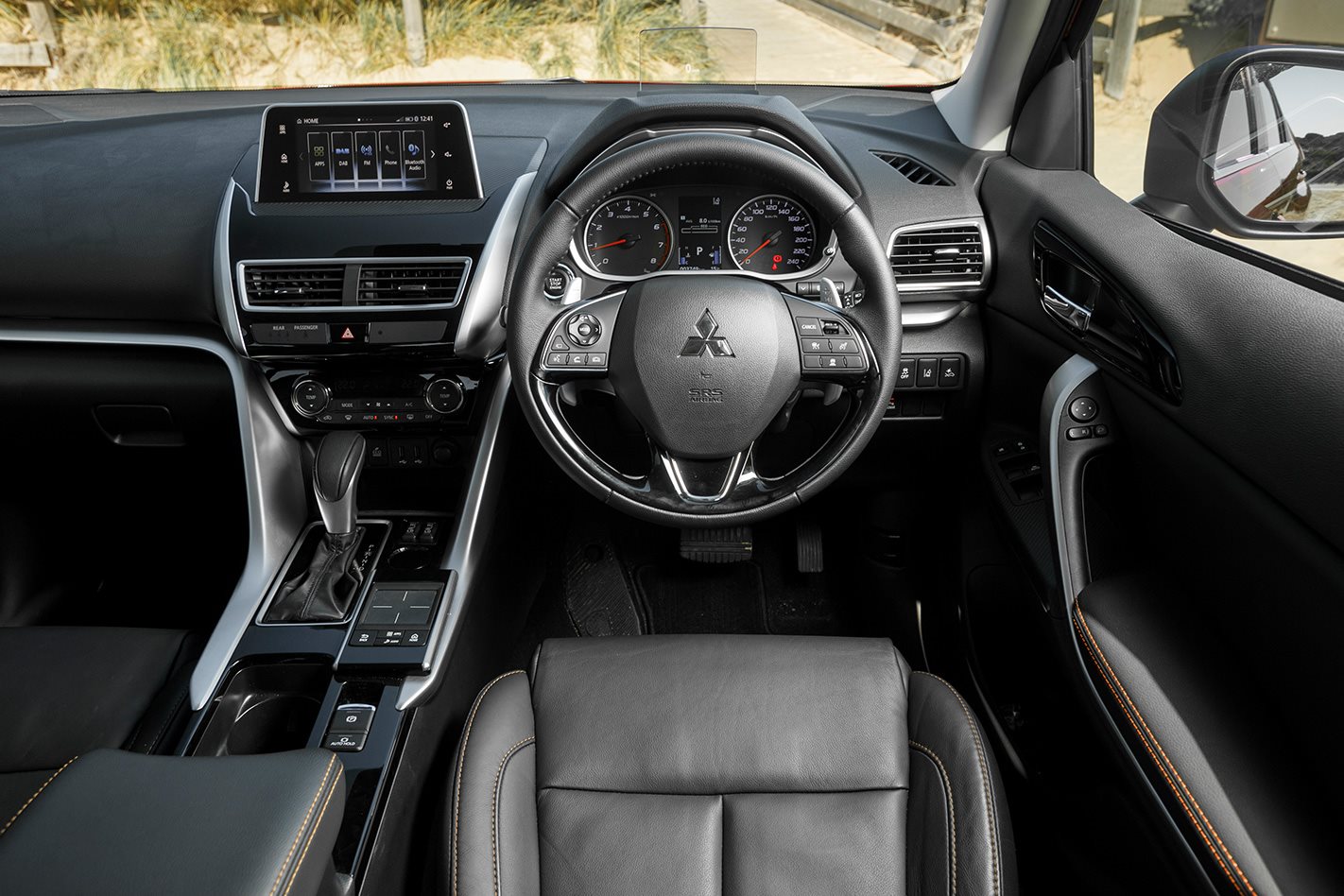 The infotainment system itself, however, is far from the best in segment for usability. The graphics already look dated, the screen is slow to respond and the touchpad controller feels like it was lifted from an old laptop. The interface is clunky, and with infotainment systems fast becoming a key selling point for new cars, the Mitsubishi’s under-done electronics hold it back.

Confused about where the Eclipse Cross sits in the Mitsubishi hierarchy? We forgive you, for the differences between the Eclipse Cross and the Mitusbishi ASX, which is also classed as a five-seat small SUV, are marginal when it comes to physical size.

The distance between the front and rear axles measures an identical 2670mm for both ASX and Eclipse Cross and there’s only 5mm difference in overall width between the two (the ASX being slightly wider. The only major dimensional disparity is in total length – the Eclipse is 4.41m long whereas the ASX is a mere 4.0cm shorter at 4.37m. 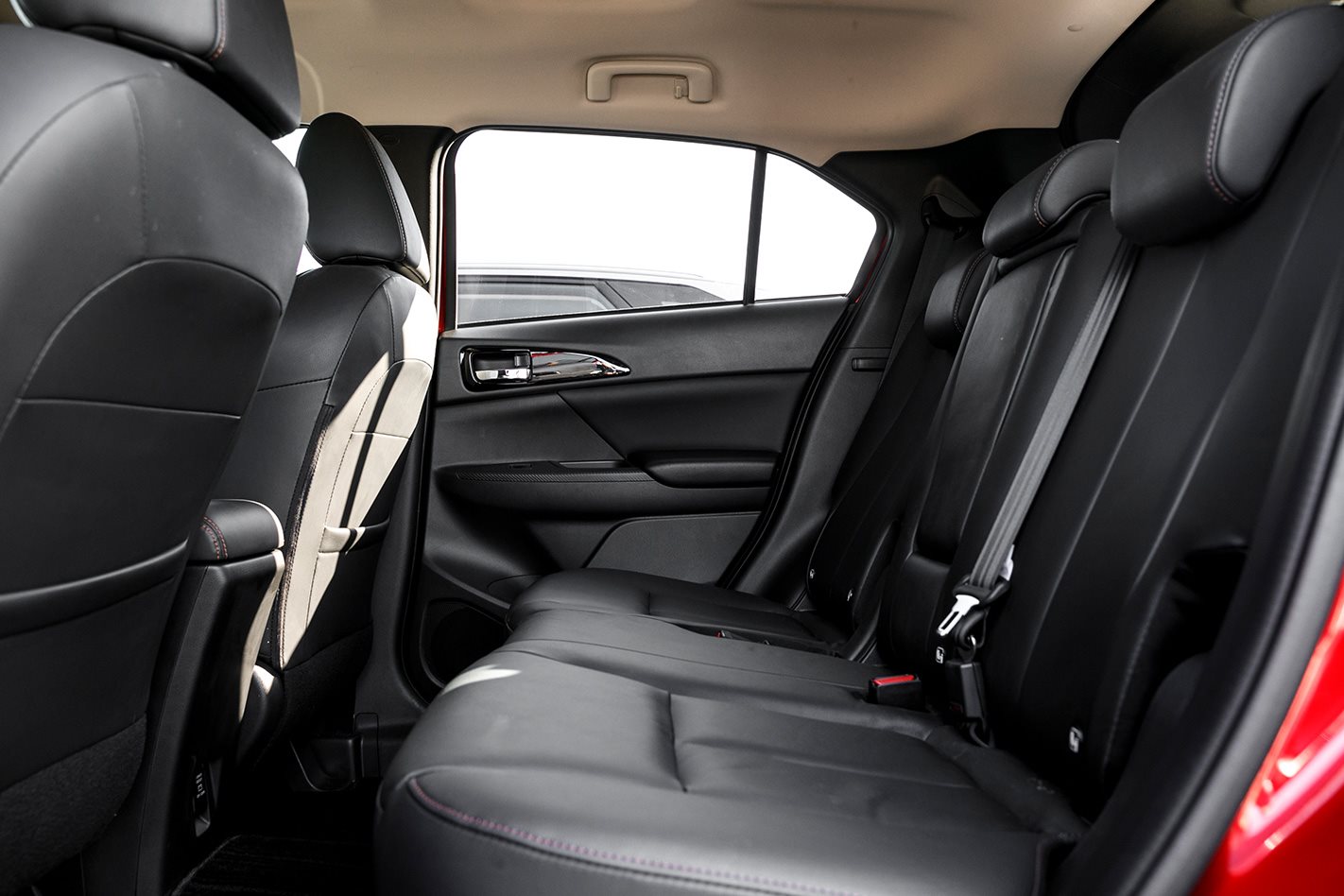 It’s a different story on the inside though, with the ASX able to tote up to 395 litres of luggage and the Eclipse Cross offering just 341 litres. Slide the rear seats forward and you can boost that to 448 litres, but that comes at the cost of legroom. Don’t have passengers to worry about? Drop the rear seats and unlock 1122L of storage – however that number is also on the small size for this segment.

The Eclipse Cross has been assessed by ANCAP and awarded five stars for crash safety.

The Eclipse Cross has a fairly unique feature for a small SUV in that its second row can slide fore and aft, liberating legroom when you’ve got passengers to carry or freeing up some extra cargo space if you have a fair load of non-human cargo.

But that’s unfortunately about the only cabin comfort advantage it has. There’s leather upholstery for a dash of luxe, but a persistent rattle from a rear door trim in our test vehicle took the gloss off the Exceed’s semi-premium presentation. 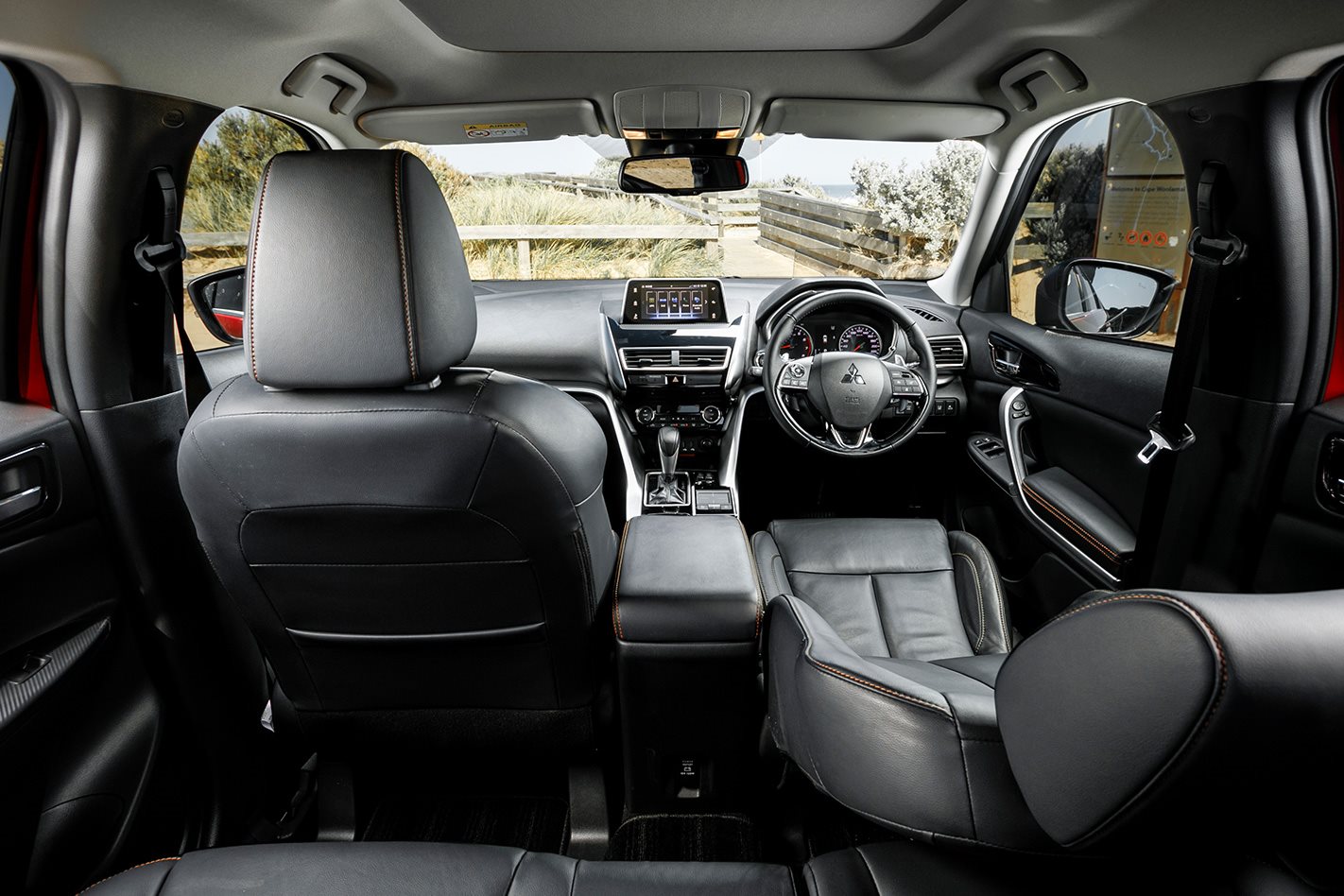 But more troublingly, the Eclipse Cross Exceed simply lacks comfort. ‘Stadium’ seating that elevates the rear seats above the front row provides backseaters with a decent view forward, but they’re hemmed in by limited headroom (both from the panoramic glass roof and the shape of the C-pillar, which cuts close to your noggin), the rear door armrests have no padding, there are no rear face-level air vents and the seat cushions are flat and unsupportive.

On top of that, there’s plenty of road noise in the back half of the car that drowns out voices and makes it difficult to hold conversations with those in the front – and it’s not like the front-seat occupants are much better off. There are definitely more soft-touch surfaces up front to keep elbows unbruised, but the seat base cushions provide poor under-thigh support.

First, the good news. Though there’s no element of choice in the Eclipse Cross’ engine department, with all models powered by the same 1.5-litre turbocharged engine, that engine happens to be a strong, willing engine with plenty of torque (250Nm for those that are counting) for everyday driving. Connected to a continuously-variable automatic, it proves to be perfectly suited to around-town motoring with decent thrust to deal with the occasional bursts of acceleration, while also being smooth and reasonably refined.

It’s a shame the steering and suspension don’t have the same level of competence or polish. The steering is over-assisted to the point that it’s too sensitive to minor inputs, which can lead to a ‘wandering nose’ when highway cruising, while it also transmits noticeable torque steer when accelerating hard. 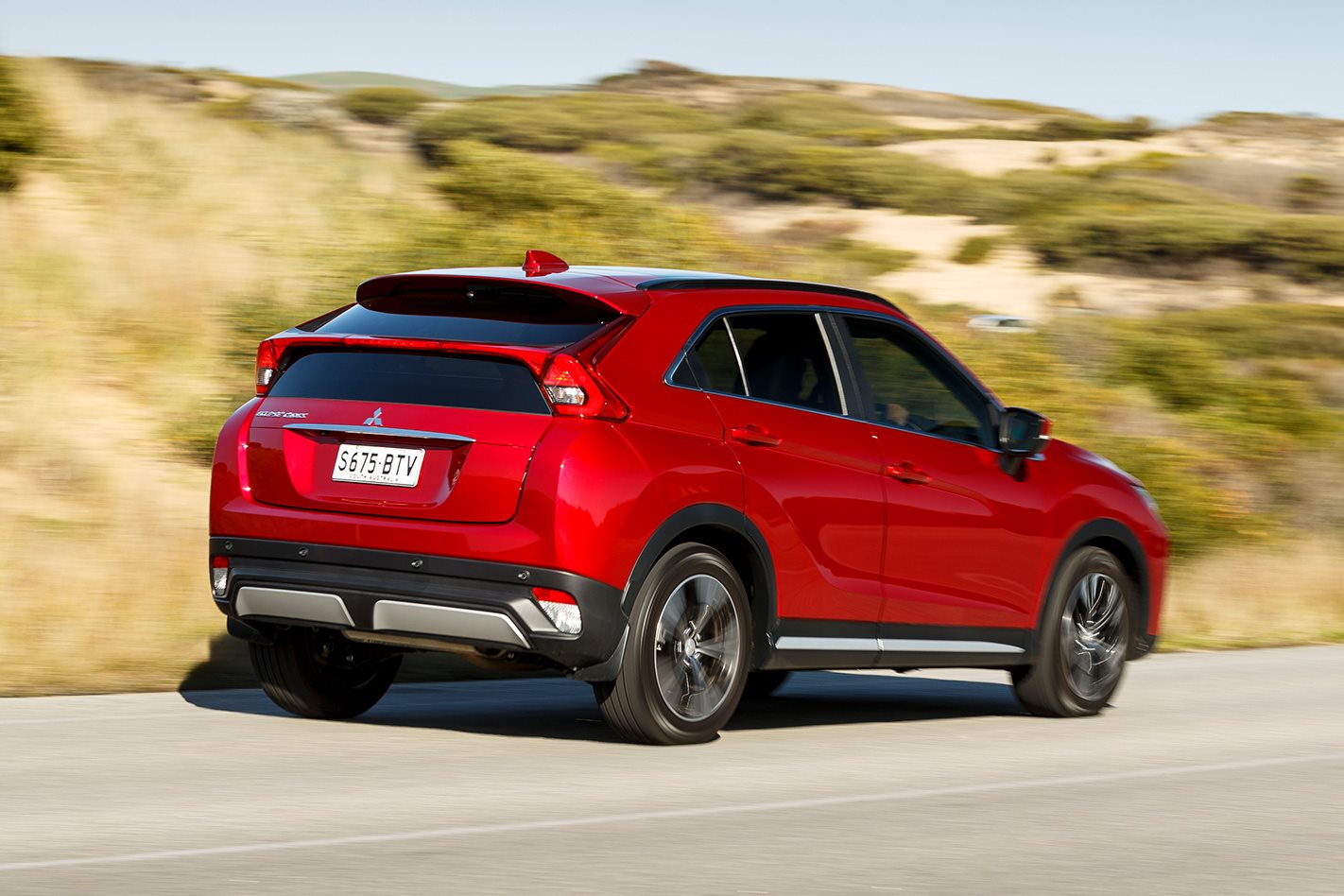 The suspension meanwhile pitches and rolls a lot on typically lumpy country roads, and tends to be upset by road imperfections that wouldn’t bother many of its rivals. Like most new cars, it’s fine at suburban speeds but venturing onto a highway – especially one that is less than smooth – quickly reveals the Eclipse Cross’ dynamic shortcomings and poor ride comfort.

Are you the kind of consumer who aims to get the most features-per-dollar that you can find? If so, then the Mitsubishi Eclipse Cross Exceed may hold some appeal. If, however, you simply want a well-sorted SUV that’s comfortable and easy to drive, there are better ways to spend $36,000. 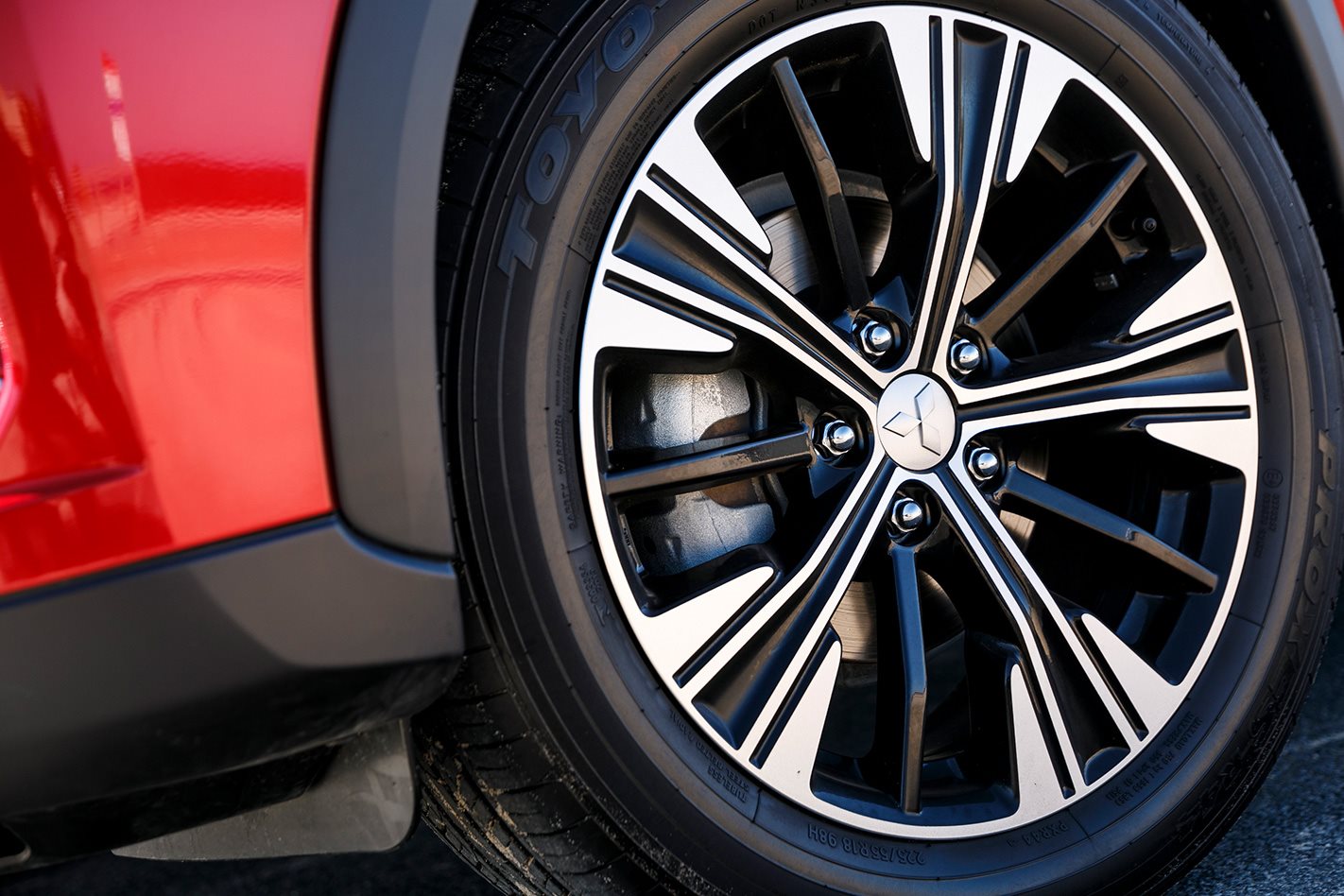 The Exceed grade is stacked with features, but they don’t necessarily work as well as they should. Even then, the fact this car has both a panoramic glass roof and a head-up display, but doesn’t have rear air vents or integrated satellite navigation shows that there are still some boxes that should have been ticked that were instead left blank.

The Eclipse Cross is a vehicle that makes more sense at the lower end of its price scale, where its shortcomings are more easily forgiven. However, as a $36,000 proposition the Eclipse Cross Exceed falls short of its premium promise. 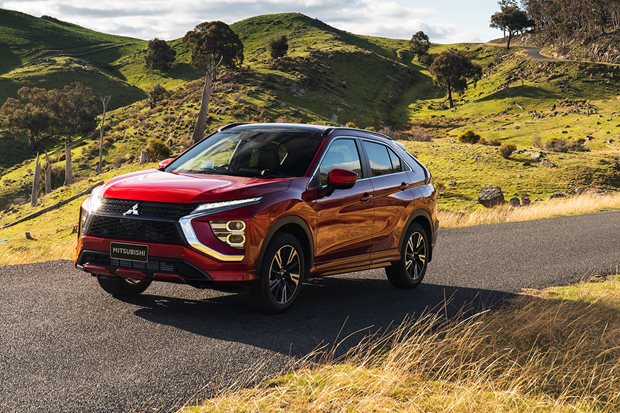 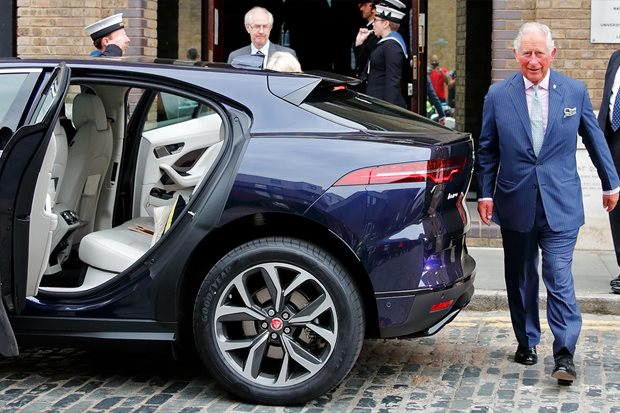 Prince Charles buys Jaguar I-Pace and launches the Royals into the...