A dirty weekend in the Land Rover Discovery SD4

What do you do when the keys to Land Rover’s new Discovery is plopped on your desk on a Friday afternoon? Plot a 600-kilometre off-road adventure for the weekend, of course. 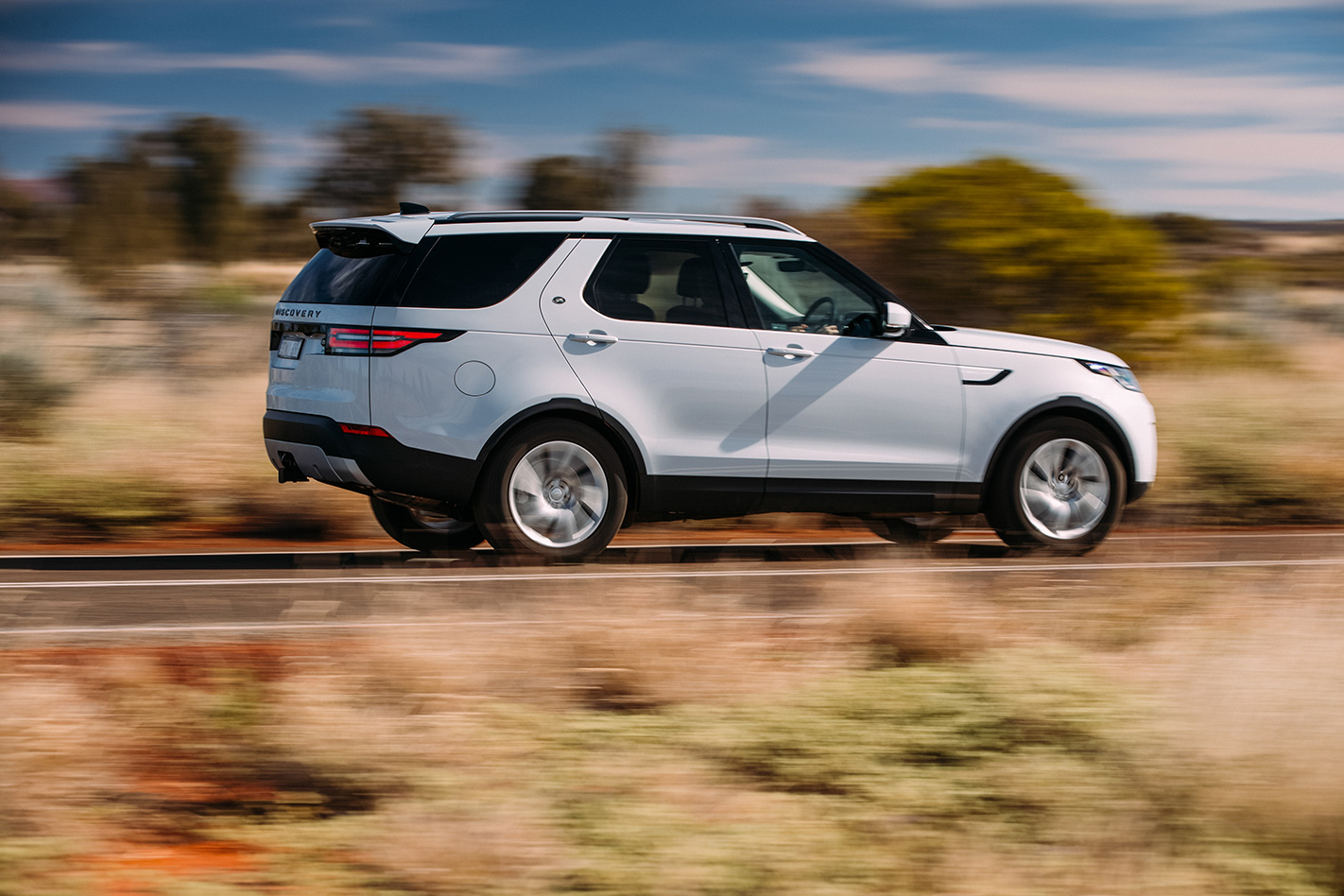 Land Rover has marketed itself on the off-road capabilities of its luxury SUVs for decades, thanks to the durability of icons such as the Defender. But does the brand image hold up today, with their cars now kitted to the gills with technology and more often spotted on a school run then a bush adventure? I was determined to find out.

Read next: New Land Rover Discovery to get some off-road cred

The plan was simple, as time was limited. In just a single day I hoped to take the Discovery out to Mt Buller and Craigs Hut, and tackle the off-road tracks of the Victorian High Country. My route would include several long hours of highway transit, but the majority of the time would be spent on dirt, not tarmac – trying to avoid groomed routes as much as possible.

Before we get too distracted with the findings of my adventure, first a little bit about the Discovery –the SD4 SE was our selection for the trek.

The SD4 is available in four different model grades (S, SE, HSE, and HSE Luxury), offering escalating levels of luxury, ranging from $69,990 for the entry level spec all the way to $107,350 for the flagship.

Regardless of which spec you choose, all SD4 Discoverys have the same powertrain – a 2.0-litre twin-turbo diesel four-cylinder, which sends power to all four wheels via an eight-speed gearbox. 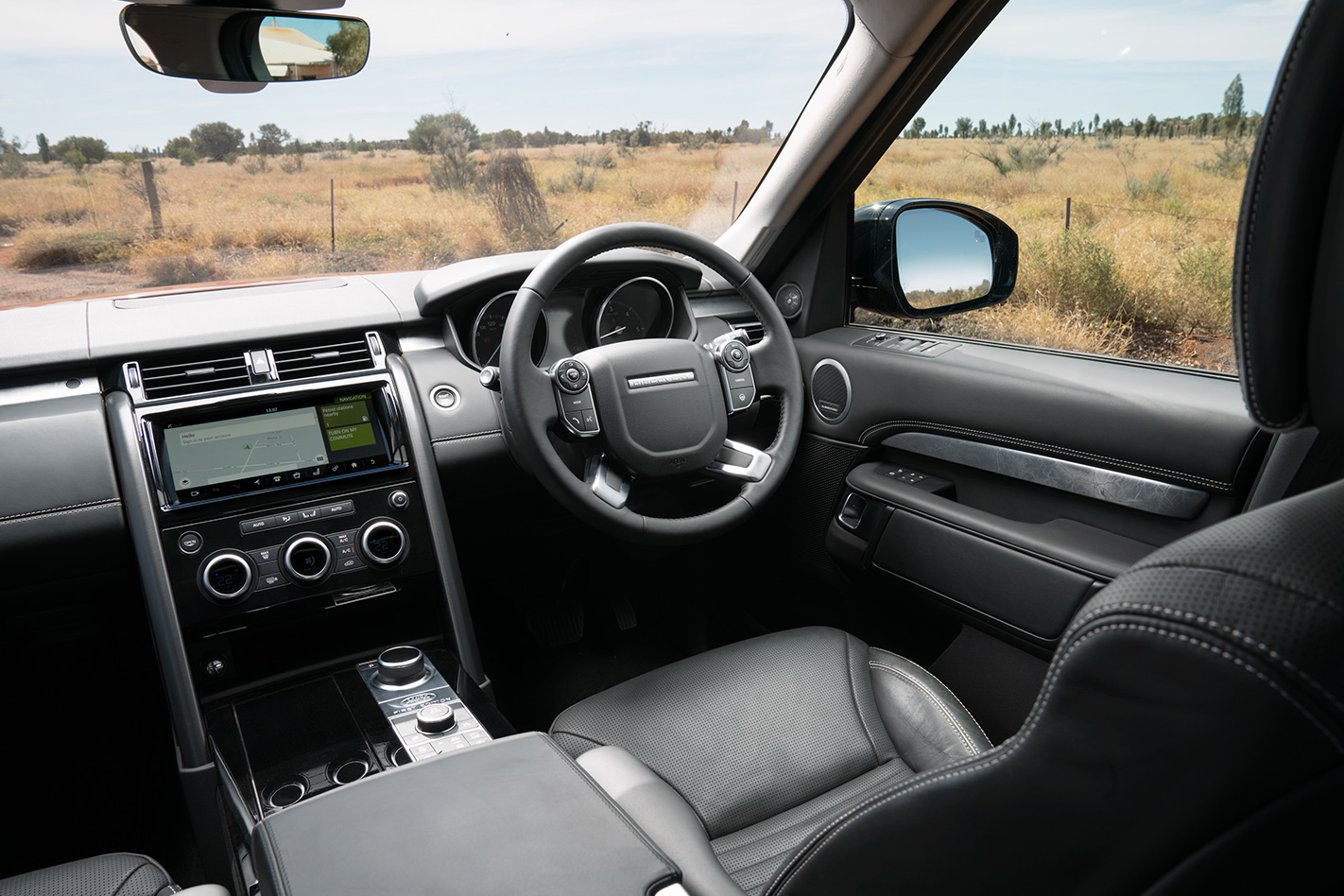 All bar the lowest S models receive adjustable air-suspension, and a dual-range setting in the gearbox for driving in rough terrain at low speeds.

Our SE variant, which wears a sticker price of $83,450 was fitted with ample options, including a $3200 Capability Plus Pack which adds an active rear locking differential, terrain response 2, and All Terrain Progress Control, for a final as tested price of $122,530.

Every Discovery is fitted with hill descent control, and Terrain Response as standard, the latter of which optimise traction control, throttle response, suspension and diff locks, in unison, for different conditions on-road and off.

The different terrain settings can be selected manually at the turn of a dial, or you can let the onboard computers do the work, changing on the fly. I went with the latter, and let the car take care of the decision making.

With the infotainment screen displaying vital information I was able to watch as diffs were locked – both partially and fully – suspension was compressed, and low-range gears were selected seamlessly as the terrain demanded.

The system took any stress or uncertainty out of the venture, giving me the confidence to tackle a number of daunting climbs knowing the computer would be smarter than my mortal brain and pick the correct settings. 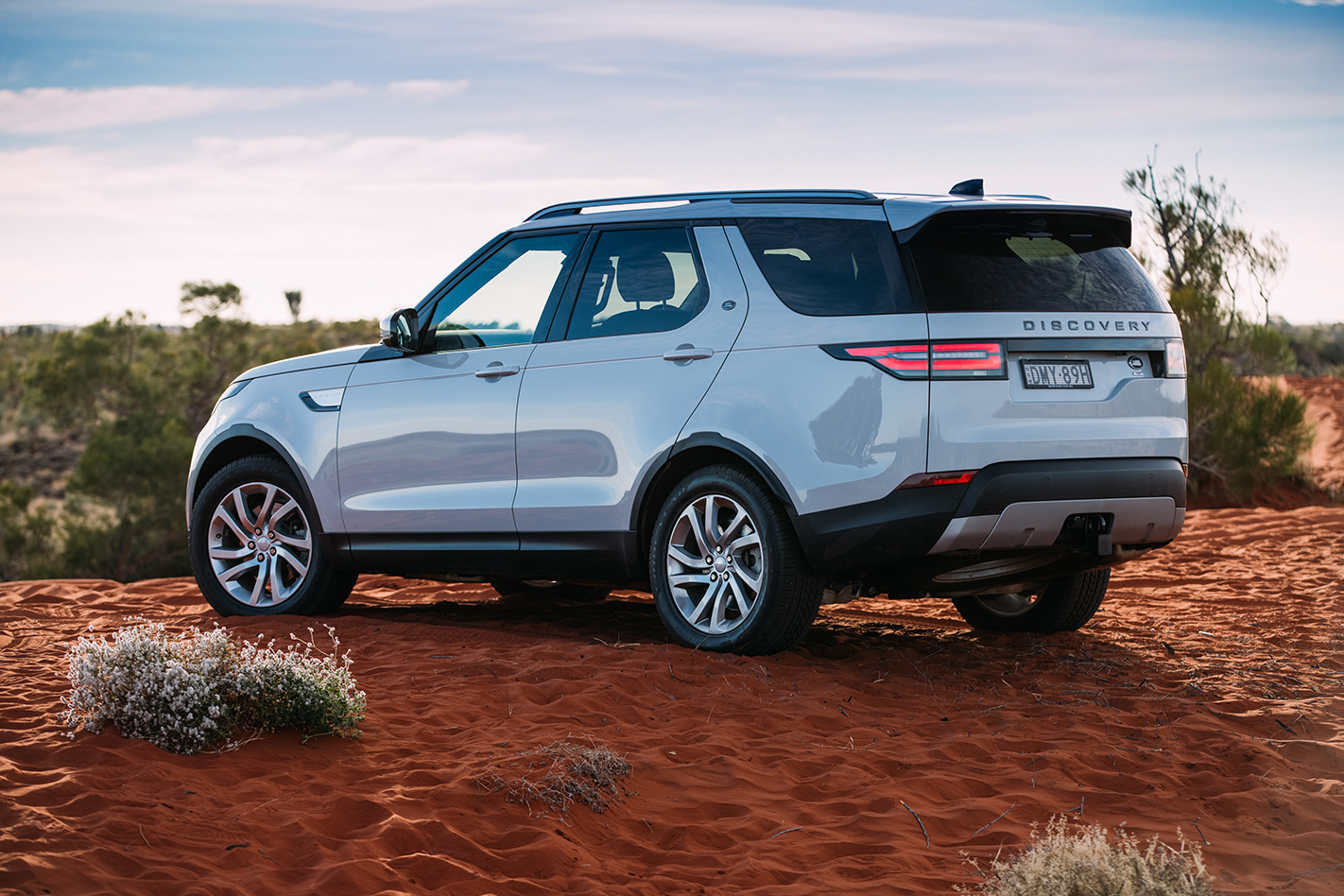 Another of the Discovery’s party tricks is its air-suspension, which is able to lower and raise the car’s ride height to an impressive degree.

Aired-out when parked, the Discovery has a tough, low stance, which makes entering and exiting the cabin a breeze. But point the nose off-road, press a button in the centre console, and the car lifts up to provide the maximum ground clearance of 283mm.

The full off-road ride height can be maintained at speeds up to 85km/h, after which the system will automatically lower for highway driving.

Navigating tight and tricky terrain was made easy thanks to a bevy of cameras fitted to the Discovery’s exterior which can be selected through the 10-inch infotainment screen.

The Discovery has a claimed wading depth of 900mm, but a distinct lack of river crossings meant this wasn’t put to the test during our jaunt.

During the transit stages, the Land Rover was a consummate cruiser, with heated (and ventilated) power-adjustable seats keeping the front occupants warm, and air suspension providing a plush ride. Though there was some tyre roar which penetrated the cabin from the all-terrain rubber. 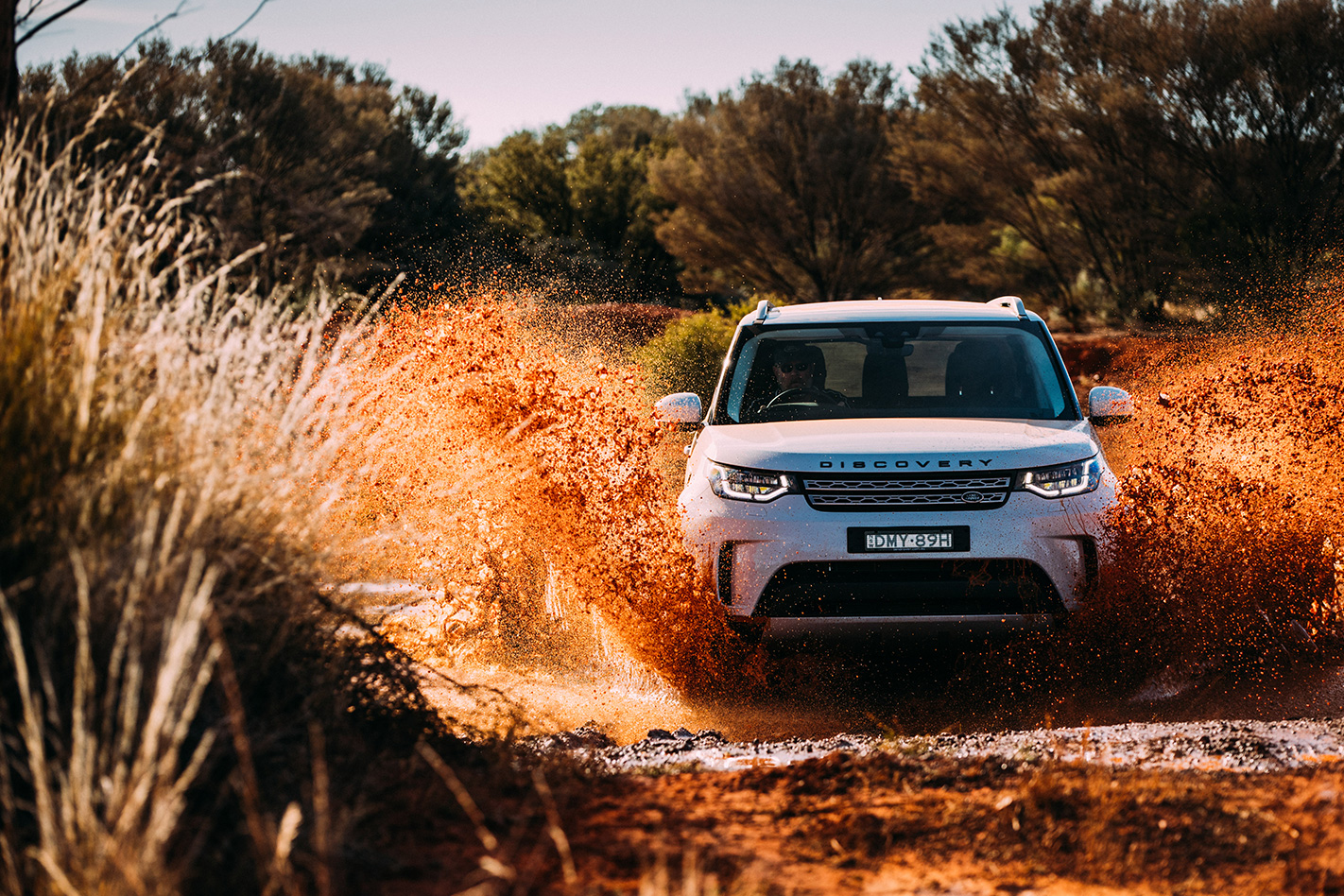 The cabin is an easy place to spend long periods of time, with nine USB ports littered throughout, along with six 12-volt power outlets providing plenty of juice for a family’s worth of electronic devices.

Where the Discovery fell short was infotainment, with our test car’s Bluetooth system refusing to connect with either an Android device or iPhone, and a touchscreen which was laggy and unresponsive to prods of the finger.

It should be noted that the Discovery doesn’t share the car-like dynamics of other large SUVs, due to its more off-road focus. Even with the suspension set to its sportiest setting, the Discovery pitched heavily in corners – but you’re not exactly buying one of these to carve mountain roads, are you?.

In its intended duties, consuming vast highway miles and dominating the road less travelled, the Discovery was a pleasure. 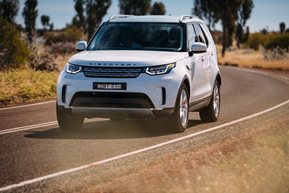 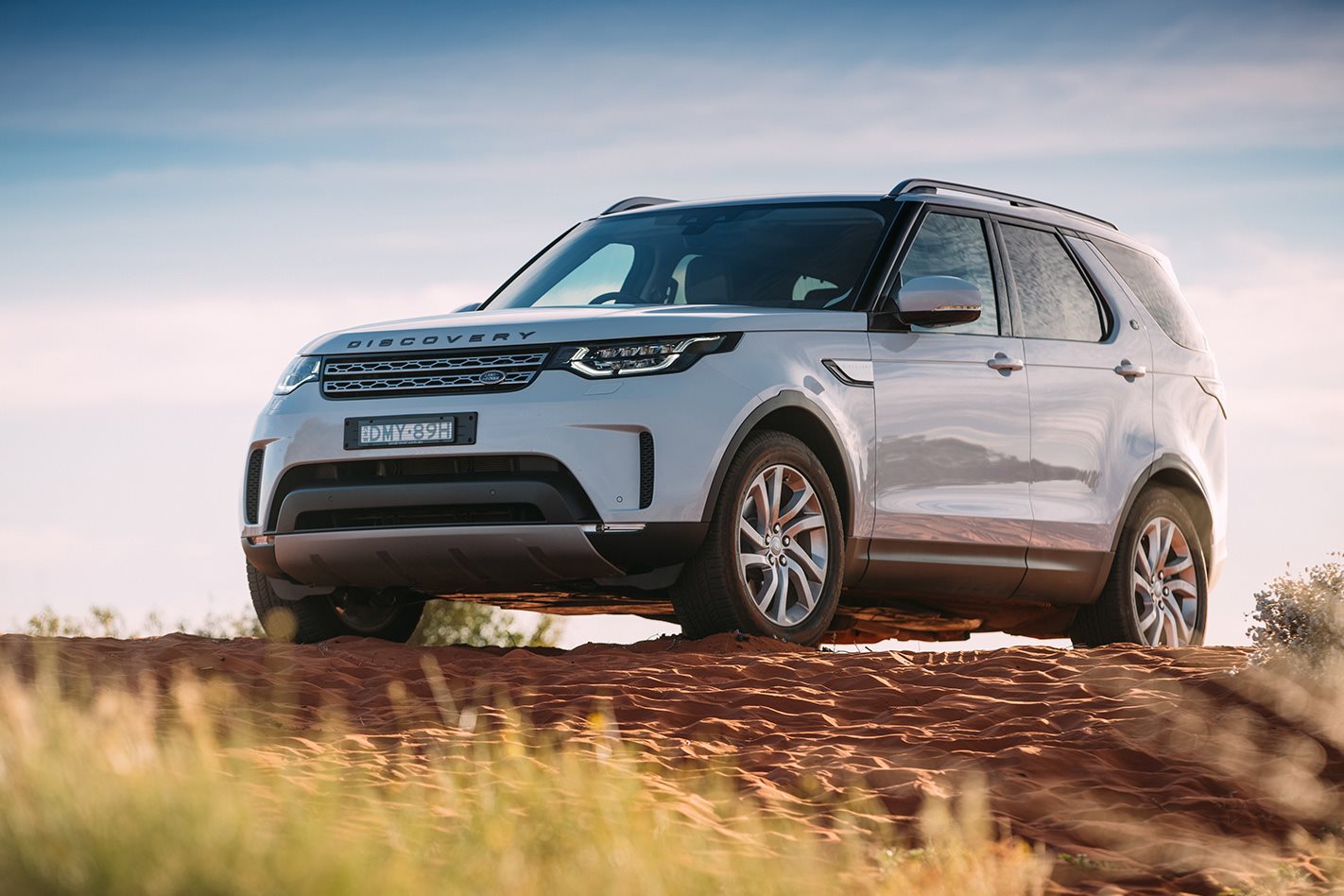 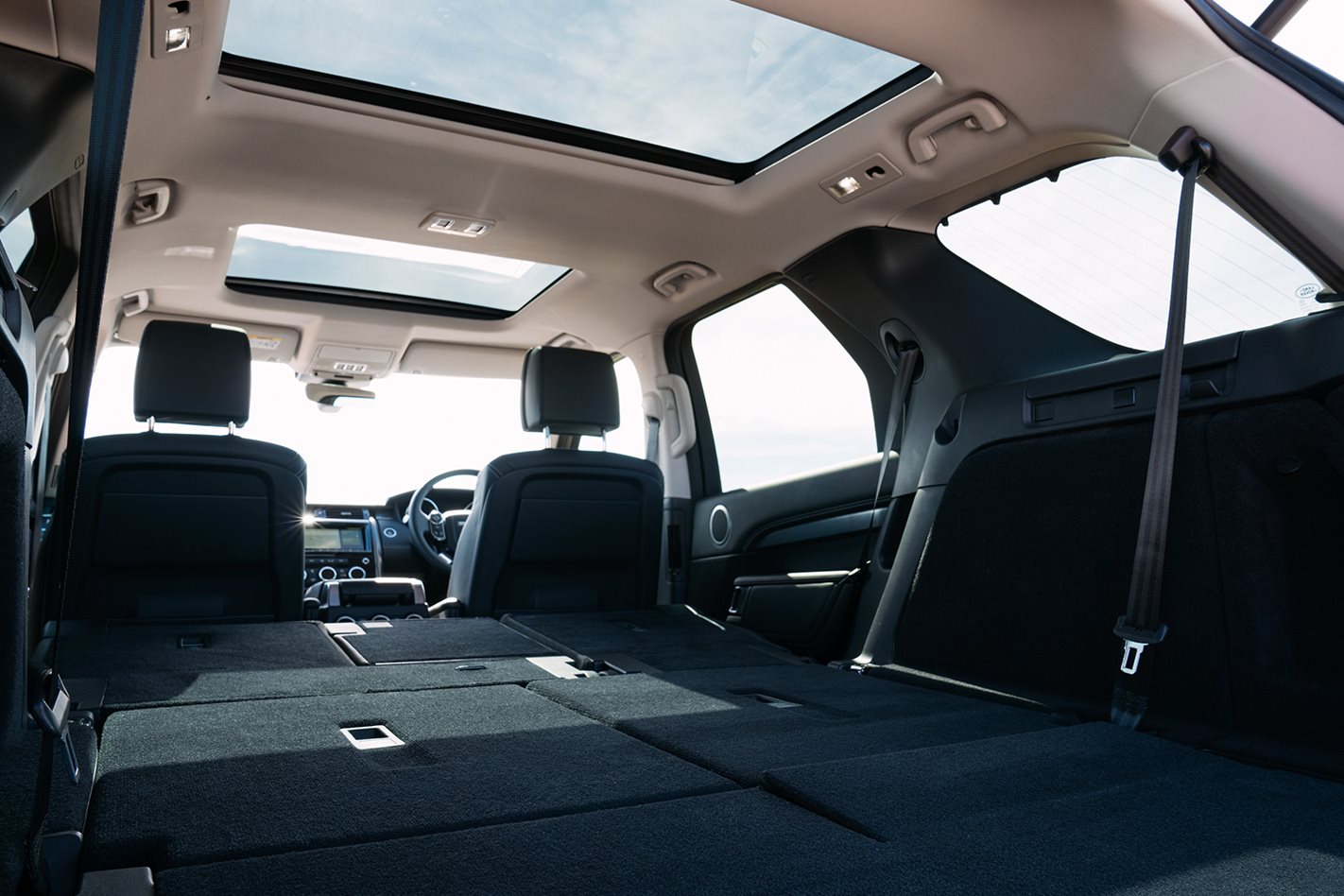 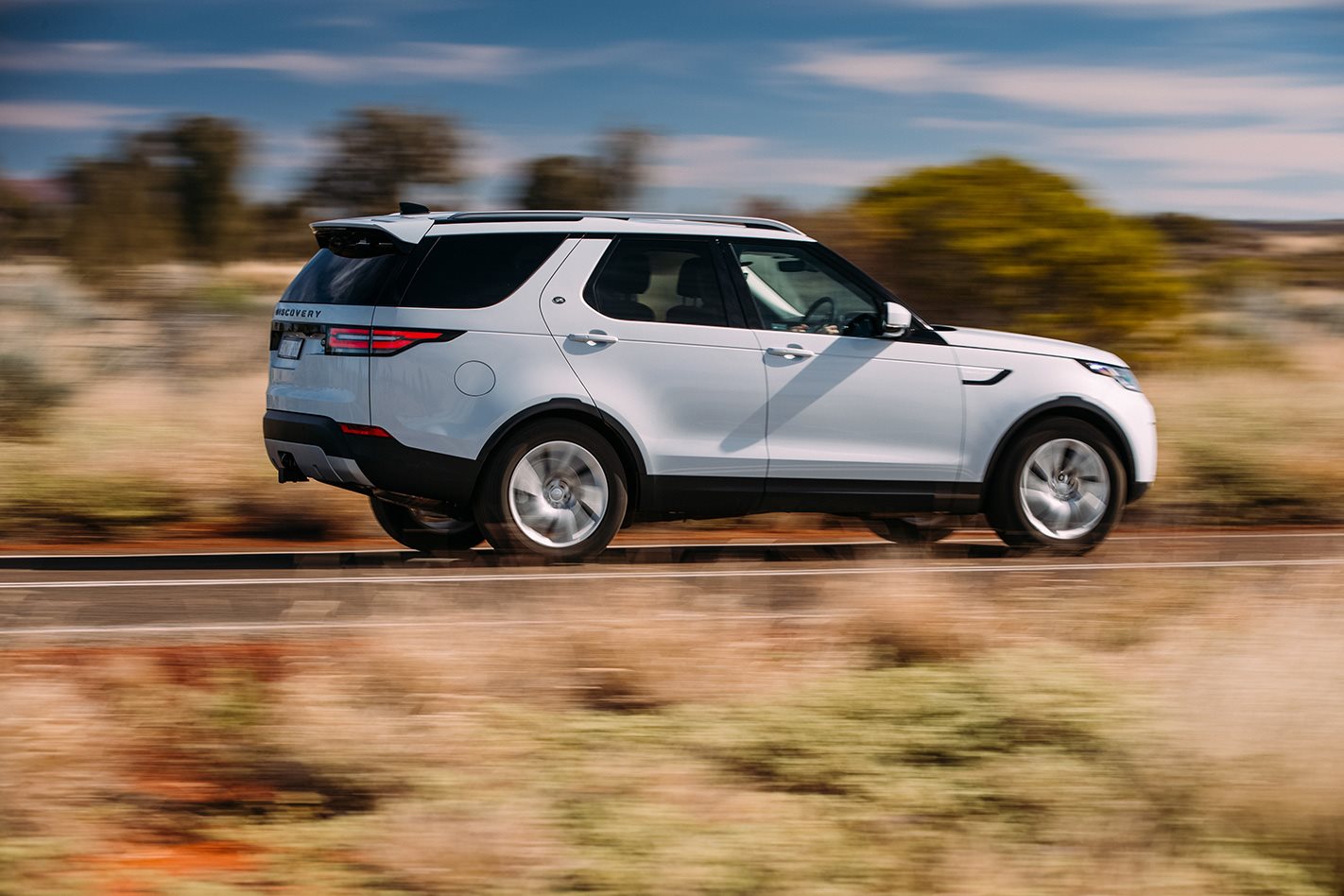 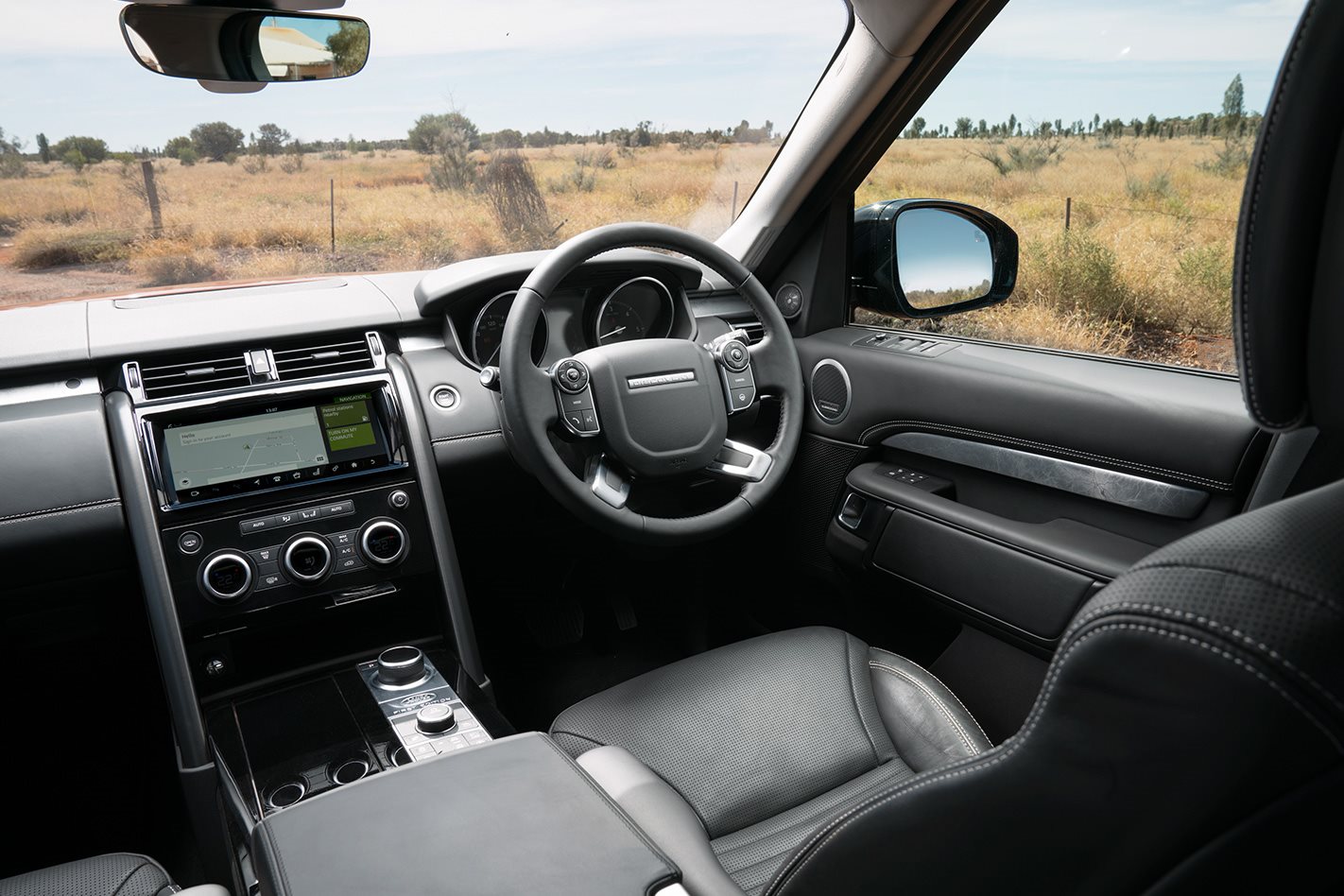 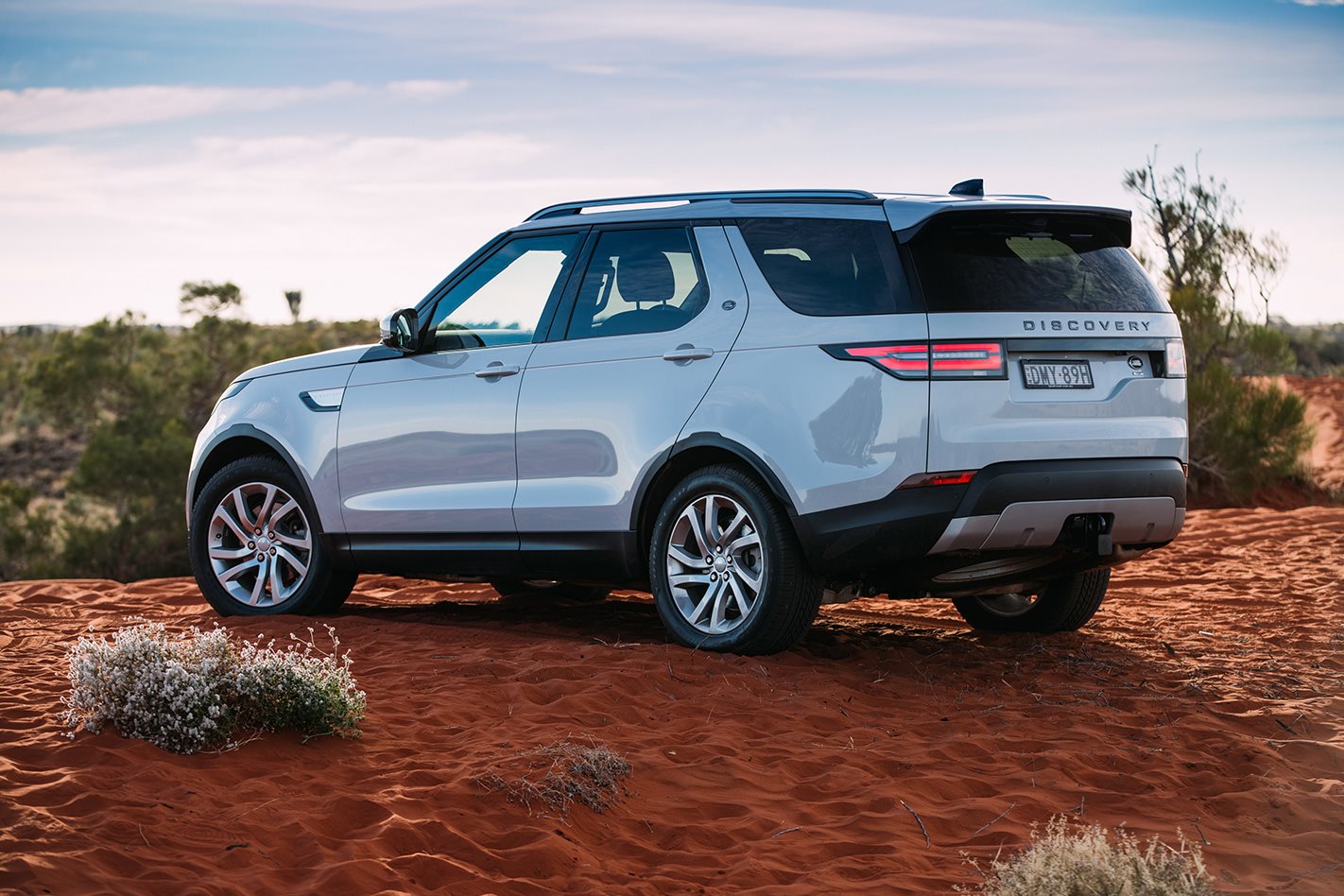 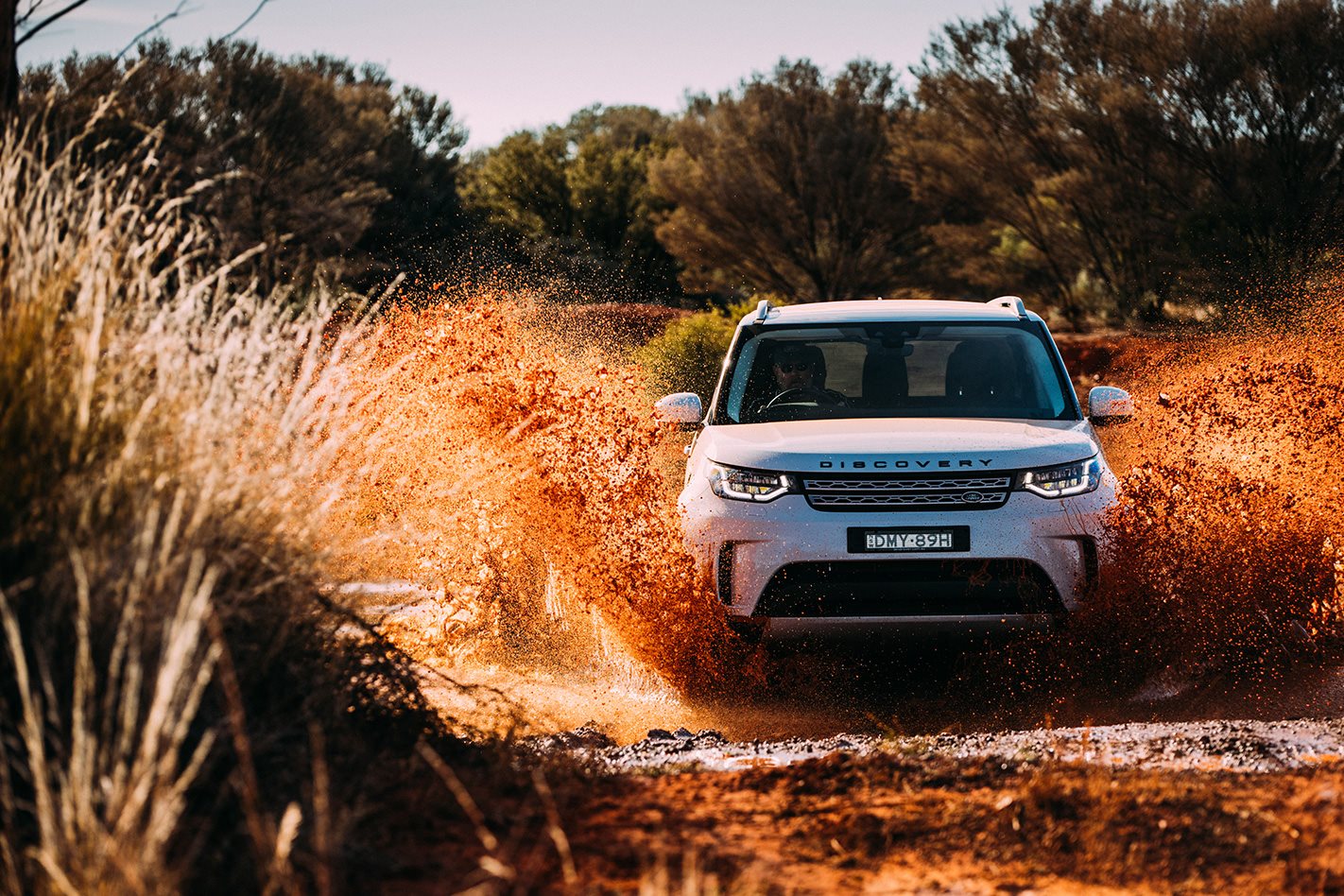