There’s a lot to like about Audi’s new roomy and entertaining-to-drive Q2 SUV – especially if you’ve been priced out of the Audi Q3 market.

Audi’s first-ever small SUV will arrive in Australia early in 2017. The Q2 is smaller than the brand’s popular Q3, but much sharper looking. Audi Australia aims to price the most affordable model in the line-up – the front-drive 1.4 TFSI – below $40,000. This means it will cost thousands less than the Q3’s base model.

The Audi Q2 draws heavily on the VW Group’s MQB modular component set, but Audi’s engineers set out to give it a distinctive flavour. While it shares its wheelbase and more with a short, three-door version of the A3 not sold in Australia, Audi’s   engineers developed a steering system and a wider rear axle that are specific to the Q2. 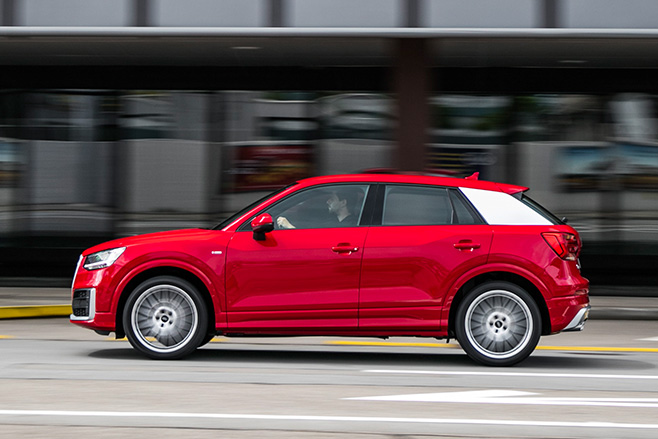 Their aim was to make the Q2 a more entertaining drive than the typical small SUV. Quick, but not oversensitive, the electric-assist steering delivers a real sense of nimbleness. Meanwhile, at the other end of the car, the wider rear track counteracts the effect of the Q2’s raised (by 35mm) suspension and contributes to its stable and foolproof handling.

The turbocharged 1.4-litre petrol engine of the 1.4 TFSI is sweet and strong. It’s used in many other cars made by the VW Group, but the version in the Q2 features an Audi extra; a fuel-saving system that shuts down two cylinders when the engine doesn’t need to work hard. A seven-speed double-clutch automatic – S-tronic is Audi’s name for this technology – is standard.

With its distinctive exterior style, roomy interior, typically Audi design and quality, zippy performance and eager-beaver handling, the Q2 may turn out to be the smartest premium small SUV of all… 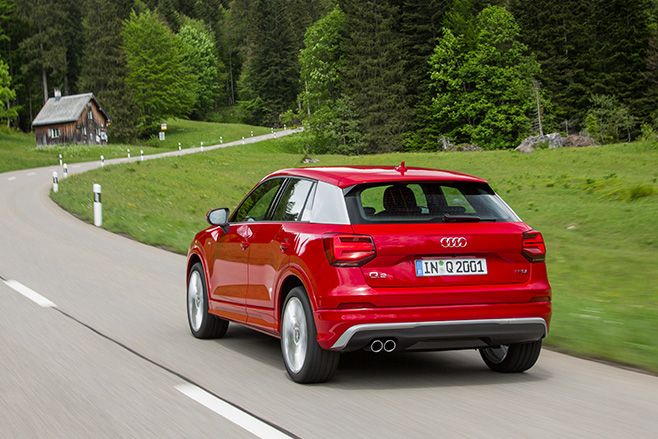 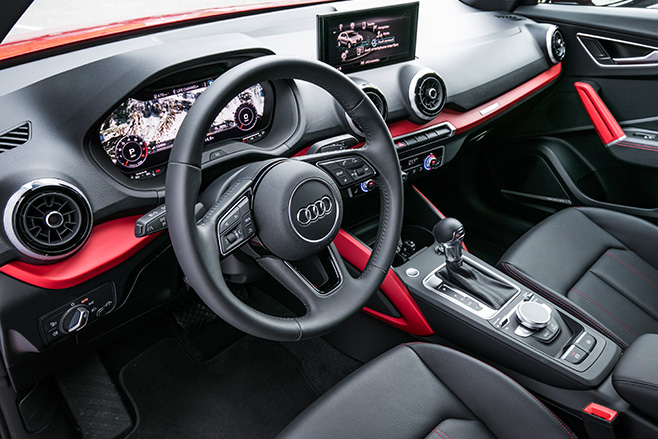 The Mini Countryman is the Q2’s most obvious rival. It has an exterior that shoots for an individual brand of stylishness inside and out. But the least expensive Countryman, which is close to the projected price of the Audi, has an engine that’s a non-turbo 1.6-litre weakling. The Mercedes-Benz GLA180 is larger and more expensive, but is also easily beaten for power. Finally, if interior space isn’t a priority, take a look at the top end of the Mazda CX-3 range. Cheaper and smaller – especially in the cargo compartment – but good looking, pleasant to drive and with Japan’s famed build quality. 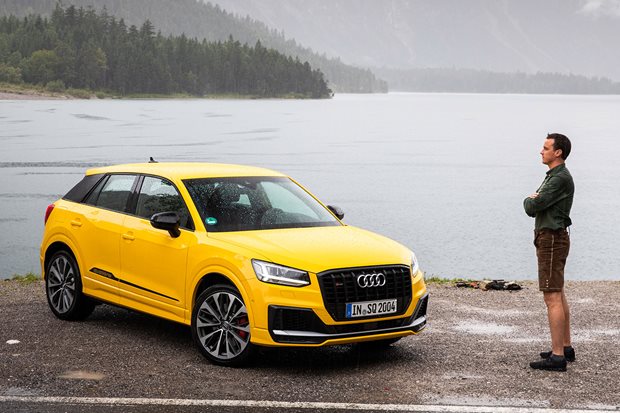 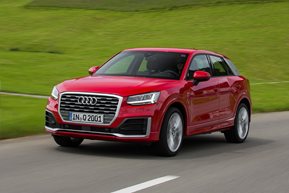