The Honda Civic is back feeling more premium and spacious than ever before, but our first drive confirms that there’s still some spice missing from the recipe.

For the first time in a long time, the Honda Civic range is consistent once again. For the past two generations, the Civic sedan and Civic hatch have been related by name only, with the former using an all-independent suspension and being sourced from Thailand, and the latter using a simplified torsion-beam rear axle and built in the UK.

Placed side by side, most would struggle to link the two together – though both wore a Civic badge on their rump, their dimensions, styling and interior packaging were wildly different. 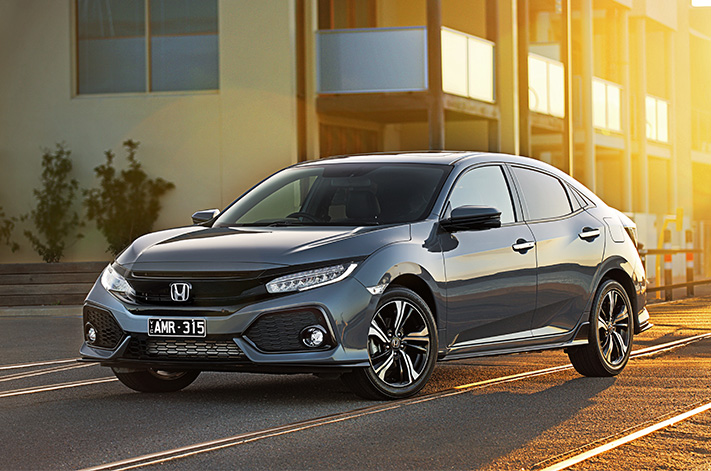 But that’s all in the past. For the 10th-generation Civic, Honda has brought the hatch and sedan into alignment with each other. Both are now built on the same platform, with the same range of engines and transmissions, sporting the same styling and priced almost identically. From the B-pillars forward, they’re practically the same car.

Look toward the rear, though, and the differences become apparent.

Versatility. A wide hatch opening is a major plus for those needing to move big cargo, and though the Civic hatch’s boot capacity measures 414 litres against the sedan’s 519 litres, that’s still big enough to give the Civic segment-leading cargo volume. 60/40 split rear seats fold down to increase the space further, and the innovative side-mounted cargo barrier doesn’t get in the way of big items either. 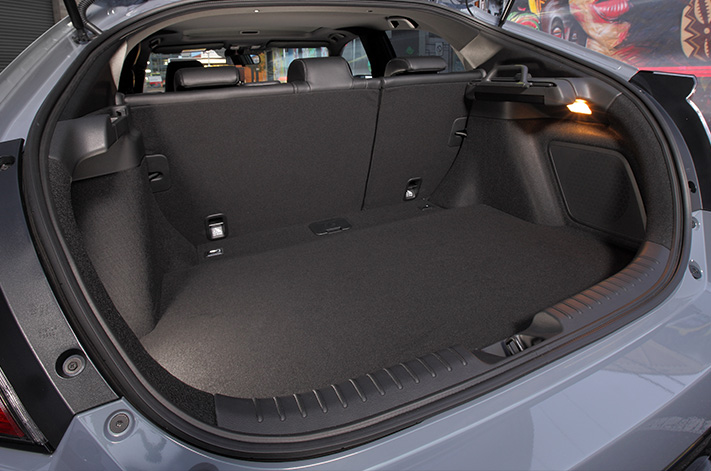 Handling. The Civic Type R is still many months away from going on sale, but you won’t have to wait for its arrival to sample a sharp-handling Honda hatch. The new Civic five-door boasts impressive cornering ability courtesy of a finely-tuned suspension with MacPherson struts up front and a sophisticated multi-link at the rear. Grip and body control is superb, and – just like the sedan – the Civic hatch is a surprisingly enjoyable car to throw at a winding mountain road.

Steering. The Civic’s on-road dynamics are all the more enjoyable because of its well-sorted steering, which boasts a fast steering rack ratio, pleasingly progressive weighting and the added benefit of brake torque vectoring that helps point the nose into corners. It feels exceptionally nimble for a car that isn’t marketed as a performance hatch. 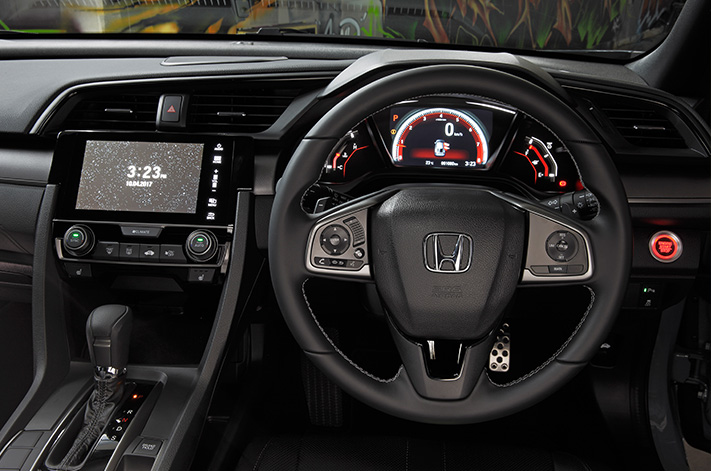 Comfort. The Civic’s front seats could benefit from some extra lateral support, but that aside, the Civic hatch boasts just as much cabin comfort as the roomy sedan variant. Rear seat legroom is at the more generous end of the small car segment, and headroom is only fractionally tighter than the sedan – though few will be able to tell the difference. While the previous hatch had compromised rear seat comfort relative to its sedan contemporary, the new Civic hatch and sedan are virtually identical in that regard.

Refinement. Don’t be fooled into thinking that the Civic hatch handles well because it has a rock-solid, low-compliance suspension. The truth is that the Civic is as plush over broken roads as it is agile over a twisty one.

No rear air vents. It’s a shame there are no rear air vents in any Civic variant, because that rear seat space is otherwise admirably well-equipped for carrying a pair of adults. Granted, such a feature is far from being universal in the small hatch segment, but the Civic scores so well in other areas that it’s disappointing to see Honda drop the ball on rear cabin ventilation.

Transmission. This is probably the biggest blot on the Civic hatch’s scorecard. The sole gearbox on offer is a continuously-variable automatic (CVT), and it suffers from sluggish response and a restlessness even when cruising. It can be a challenge to maintain a steady speed as the CVT shifts its ratios, though it becomes a little more predictable – and spritely – when slotted into Sport mode. 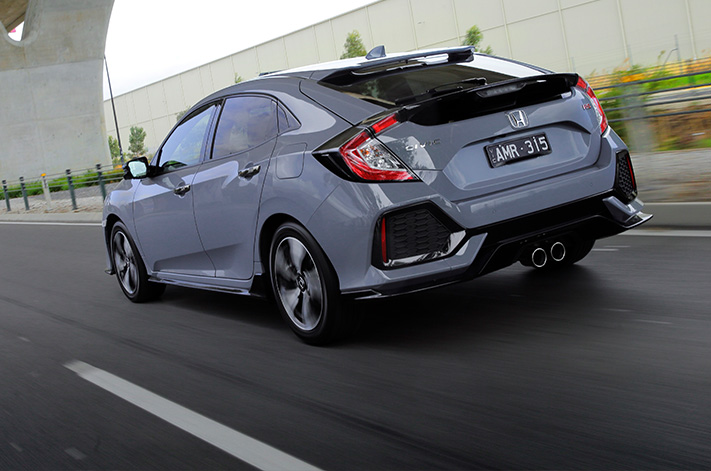 No more Magic Seats. Remember Magic Seats? The ultra-useful feature that allowed you to flip the rear seat bases up vertically so you could use the full height of the cabin to carry tall cargo? It was perfect for moving bicycles, flatscreen TVs and large pot plants, but sadly it’s no longer available in a Civic hatch. Blame the move to a new platform for that one.

Rivalry is rife in the small car segment, and the Civic hatch faces off against a bevy of commendable five-doors. Among them are the Mazda 3, Peugeot 308, Volkswagen Golf, Holden Astra, Ford Focus and Toyota Corolla. 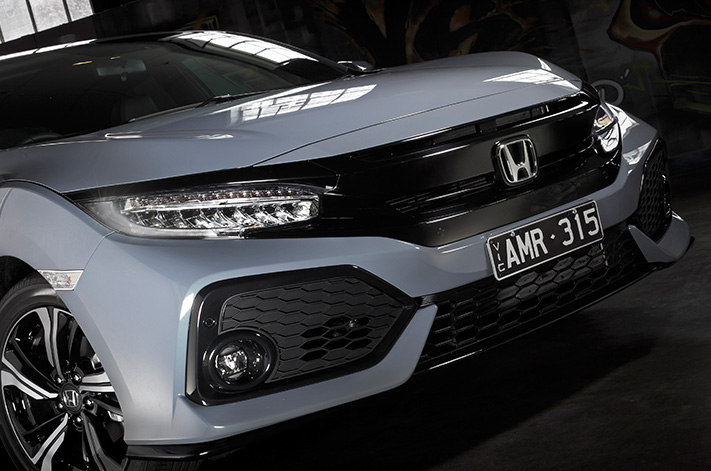