Done are the days of the minuscule interior.

Compact hot-hatches have changed and for the better. Not only do they pack more punch in terms of performance, but they have plenty of front-space, legroom and neat gadgetry on the dash.

We take a look inside the pilot’s seat on four new hot-hatches, to find out what we like and dislike about these cockpits.

Pluses? The Clio’s seats in its nicely designed cabin aren’t too firmly padded and the infotainment system has an RS Monitor with functionality including a telemetry-feed, which is very cool. But we can’t grasp why the cruise control’s buttons are on the wheel, yet its switch is next to the handbrake! The prettiest ain’t always the smartest. 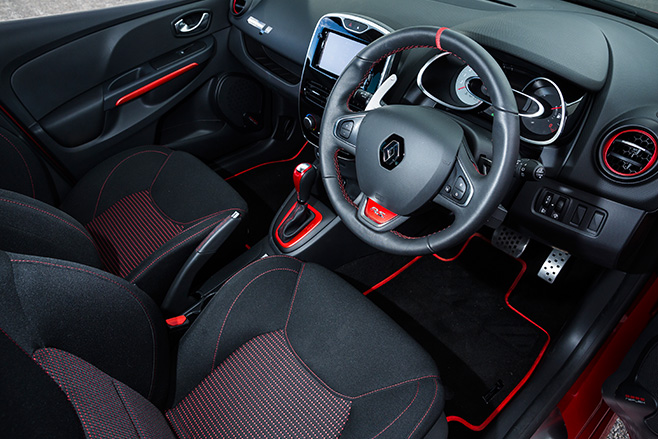 The button-heavy centre stack’s controls are confusing, its aft-placed seatbelts are awkward to grab, and it ain’t as cheerful as the others, but the standard Recaros are the nicest seats of the bunch. Since September 2016 there’s a rear-view camera and sat-nav thrown in too, which has slapped another $1500 on its price tag but the car is better for it. 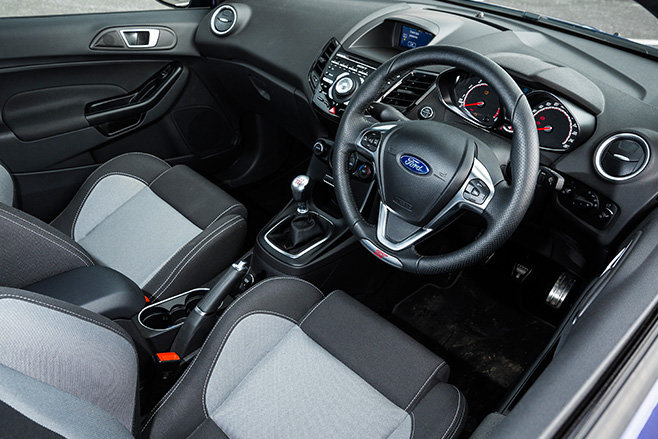 With a leather padded dash and contrast red stitching, the Pug’s the most expensive here but its interior is the most luxurious. Crucially, it’s let down by that ‘head up’ driving position, which puts the steering wheel in the way of reading the top-mounted dials. Alloy gearknob and pedals win back points. 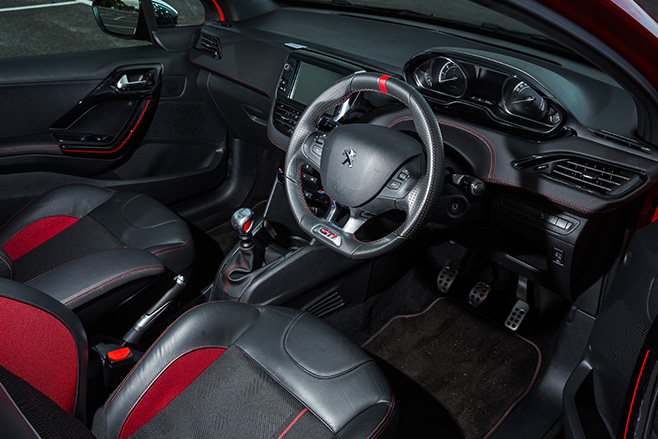 Typically Germanic, the Polo’s interior is the easiest to use and feels solidly built. It’s the only car with two-mode dampers, activated via a ‘Sport’ button, and the steering wheel is top notch. However, the tartan-style seats are predictable and some might find its decor a little boring overall. 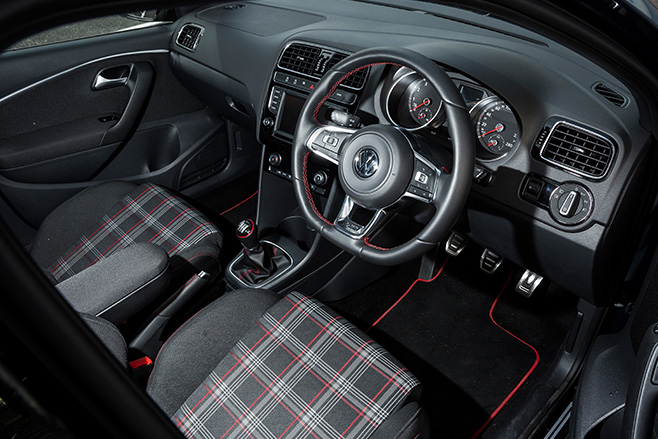