Nearly 20 years has passed since Toyota first introduced it's hybrid Prius to the world and throughout that time it has enjoyed a relatively competitor-free market. Hyundai is set to change that however with the introduction of the new Ioniq. 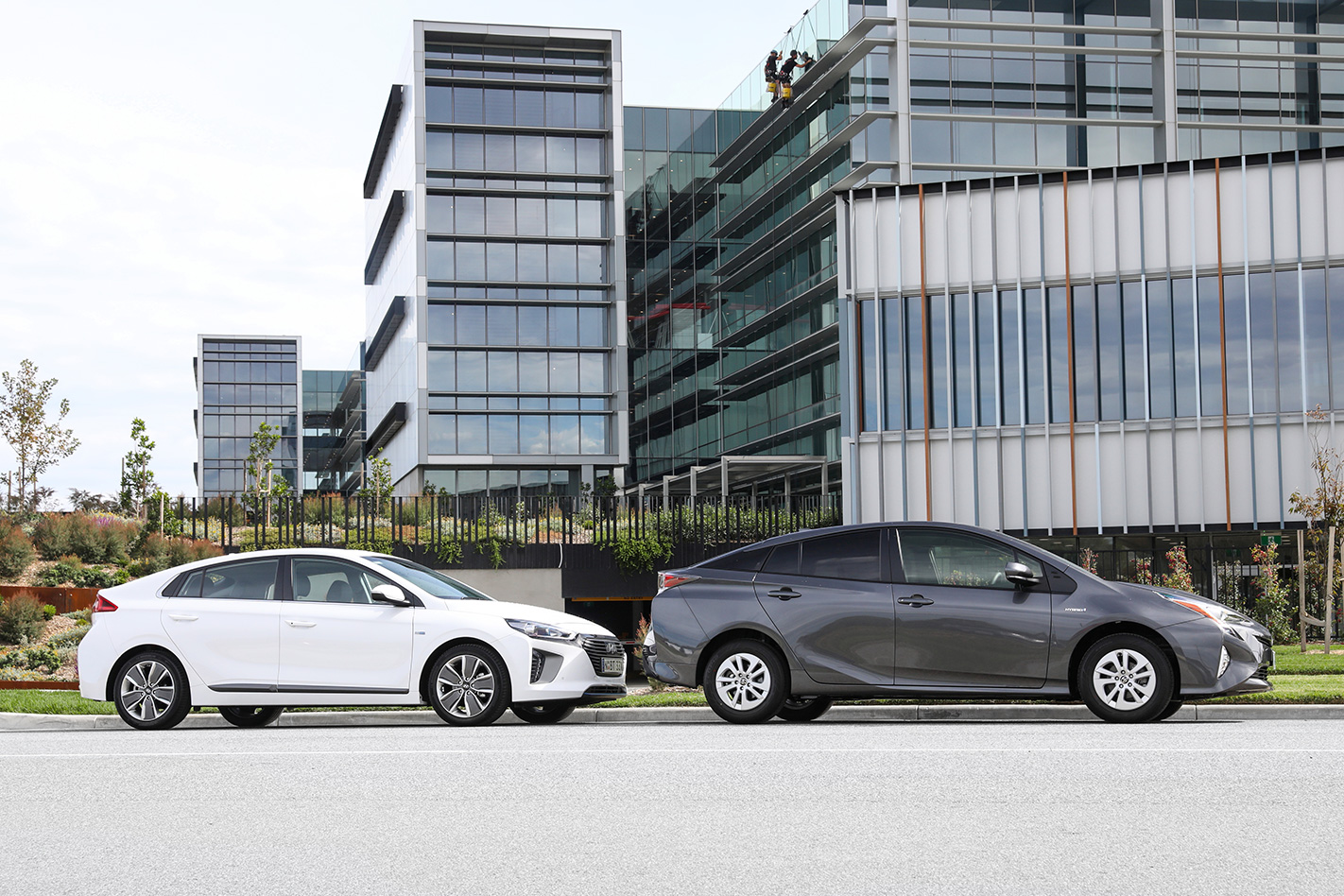 We pit the two against one another in the latest head to head, to find whether Hyundai has stolen the show or Toyota's Prius remains untouchable.

Hyundai Ioniq: Hyundai is yet to release pricing for its Ioniq Hybrid, but expect the range to start below the Prius’s $35K marker. This model is the Ioniq Premium (est $38K), which builds on an impressive equipment list to offer sat-nav, dual-zone climate, rain-sensing wipers and sunroof. An active safety suite is standard too, bundling lane-keep assist, blind-spot detection, active cruise control and AEB. 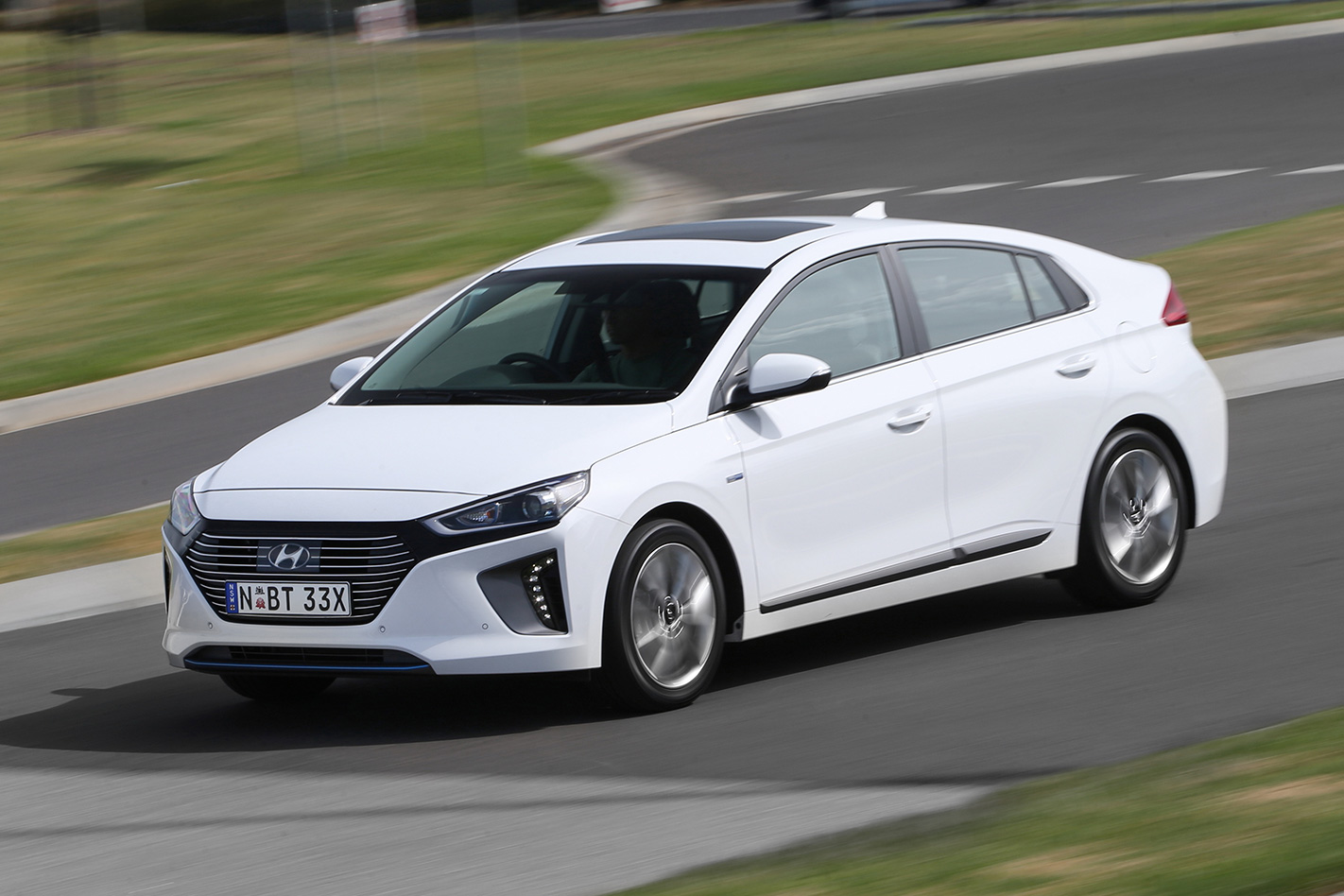 Toyota Prius: The entry-level Prius also has active cruise, AEB and lane-keep assist, though misses out on sat-nav, blind-spot detection and rear-cross traffic alert. To add those you need to cough up $8K extra for the Prius i-Tech variant. It also rolls on smaller 15-inch wheels (Ioniq has 17s) and can be polarising to look at next to the Hyundai’s more conventional styling. 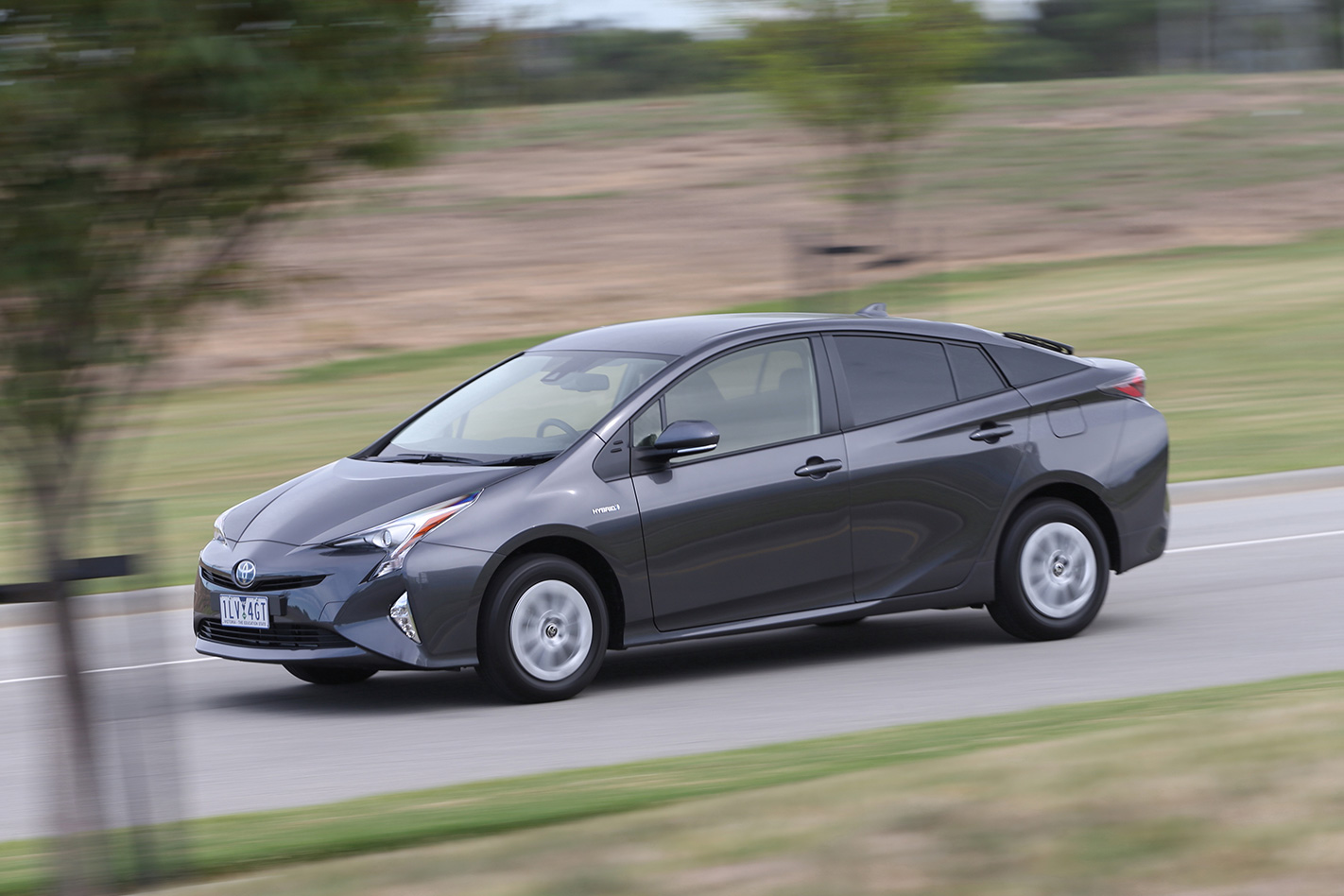 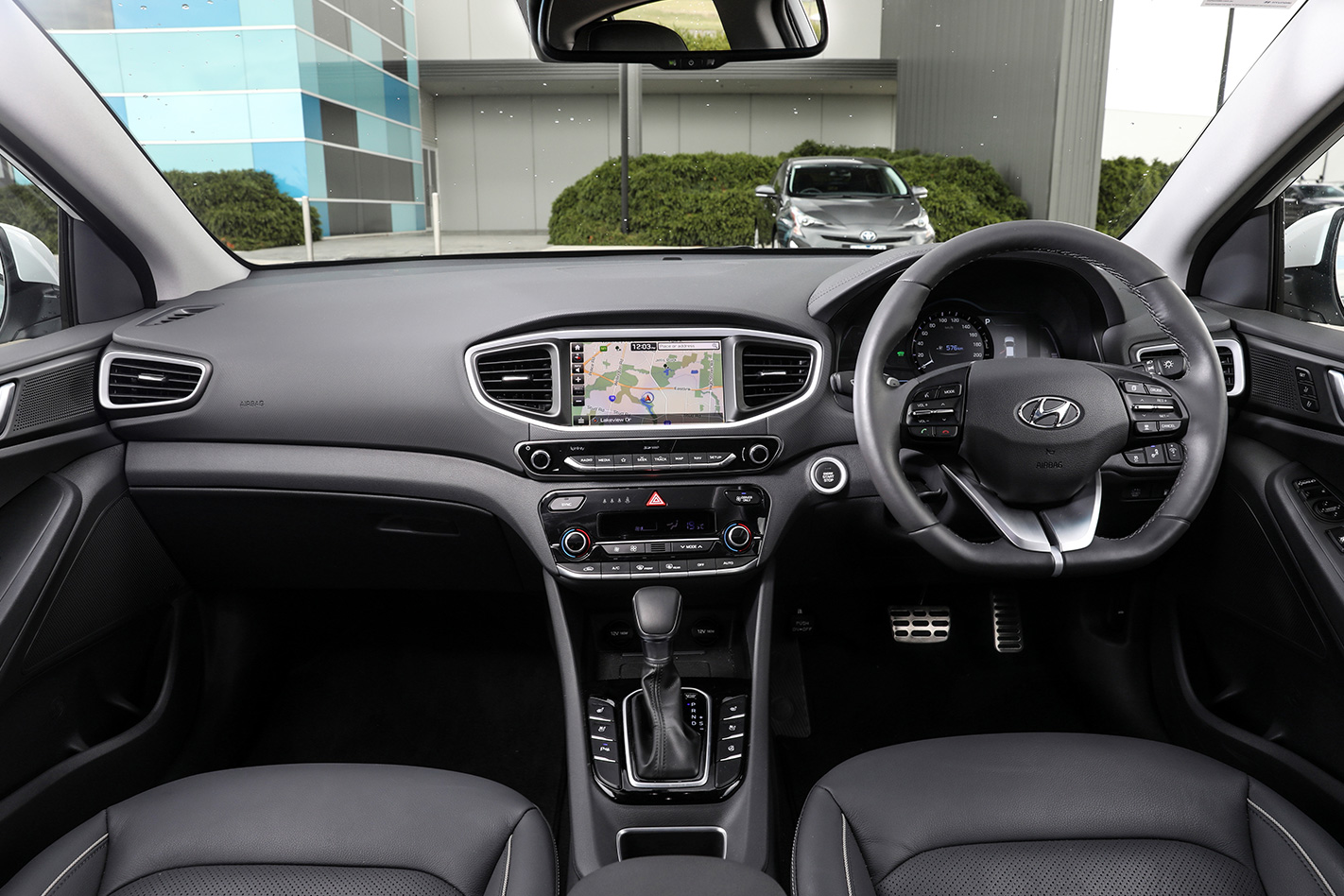 Toyota Prius: The exterior love-or-hate theme continues on the inside with pearl white trims and offset dash cluster that screams ‘I’m different’. It narrowly wins the baggage battle with a 457L boot versus the Ioqni’s 443L, although the Hyundai gains points back by providing a flatter load area with folded seats. A 7.0-inch screen with smartphone connectivity and cordless charging are standard. 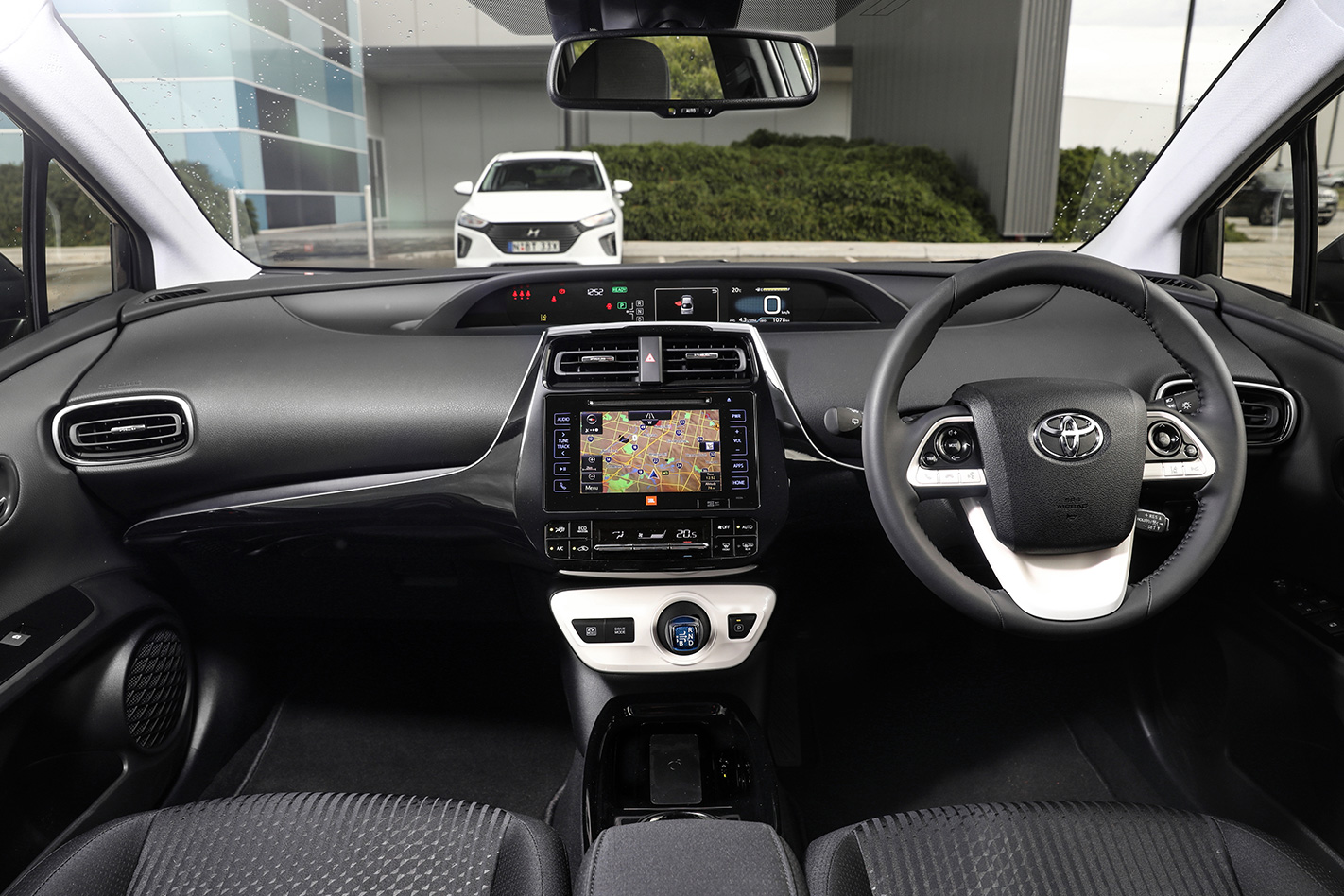 Hyundai Ioniq: Of the two, it’s the Hyundai that offers the most rewarding drive with decent steering feel and stronger road-holding thanks to its larger tyre contact patch. The bigger 17s don’t dramatically compromise ride quality and the Ioniq also feels lighter on its feet during hard cornering. Both cars utilise a suspension set-up comprising struts up front and a multi-link rear.

Toyota Prius: This is the best-handling Prius yet thanks to its new GA-C platform. Improved steering, a lower centre of gravity and greater structural rigidity are all positives, plus the tall-profile tyres ensures the Toyota offers a marginally better ride over surface imperfections. Its regen braking system is more natural to use than the Ioniq’s too. But it feels heavier, despite closely matched kerb weights. 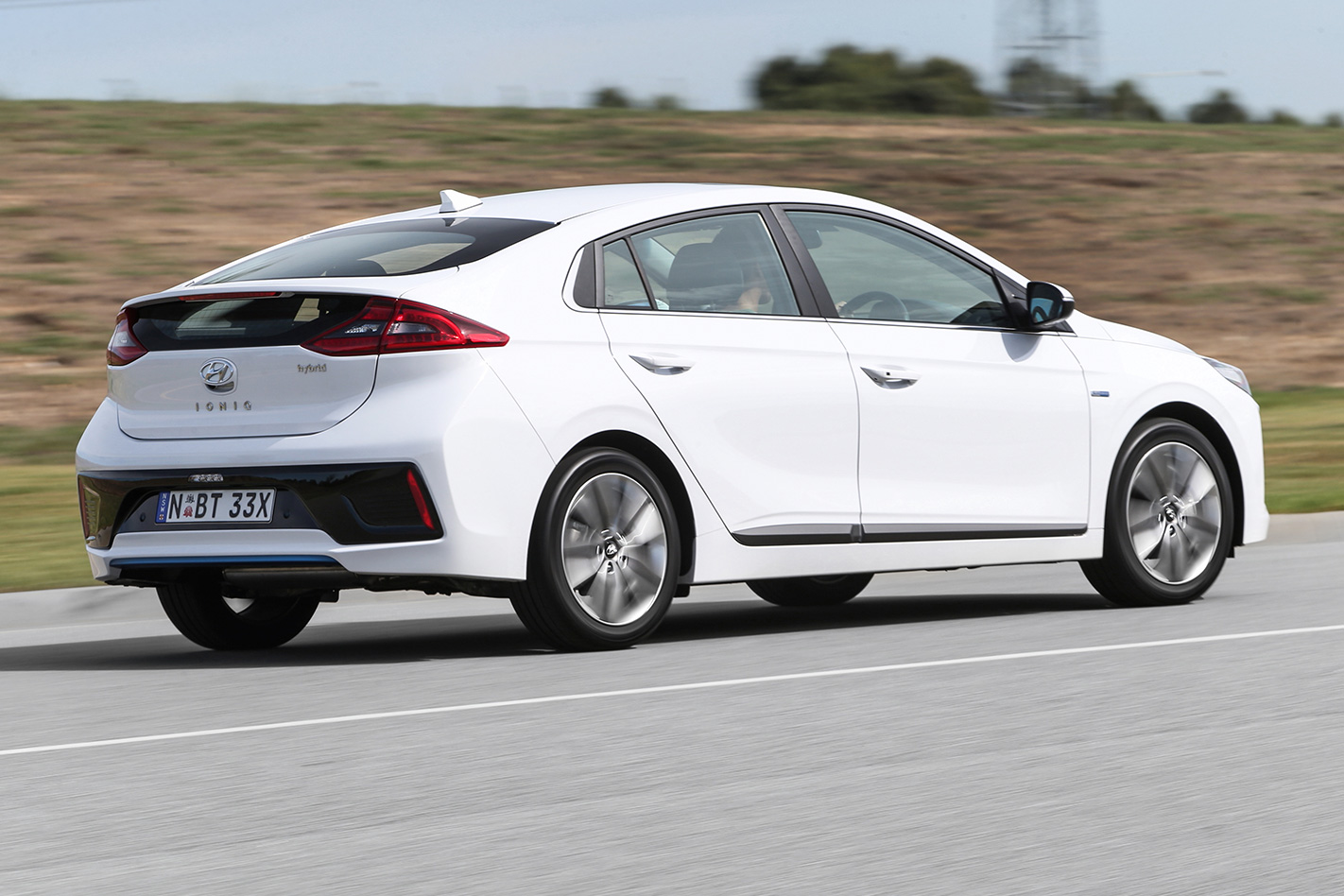 Hyundai Ioniq: With a six-speed dual-clutch versus the Toyota’s continuously variable auto, the Hyundai’s powertrain offers a far more driver-friendly experience. It also has noticeably more grunt in gear thanks to its higher combined torque output figure. Neither car is fast, but the Ioniq is the more driver-centric option with less to get used to over a conventional combustion-only car.

Toyota Prius: Both have decent off-the-mark acceleration thanks to instant electric torque, but the Prius is less eager to enlist the help of petrol power at higher speeds, which likely boosts fuel economy but dents driveability. On paper the Toyota has the more impressive claimed fuel economy, using half a litre less fuel over 100km. Our recent long-term-test Prius averaged 4.8L over four months. 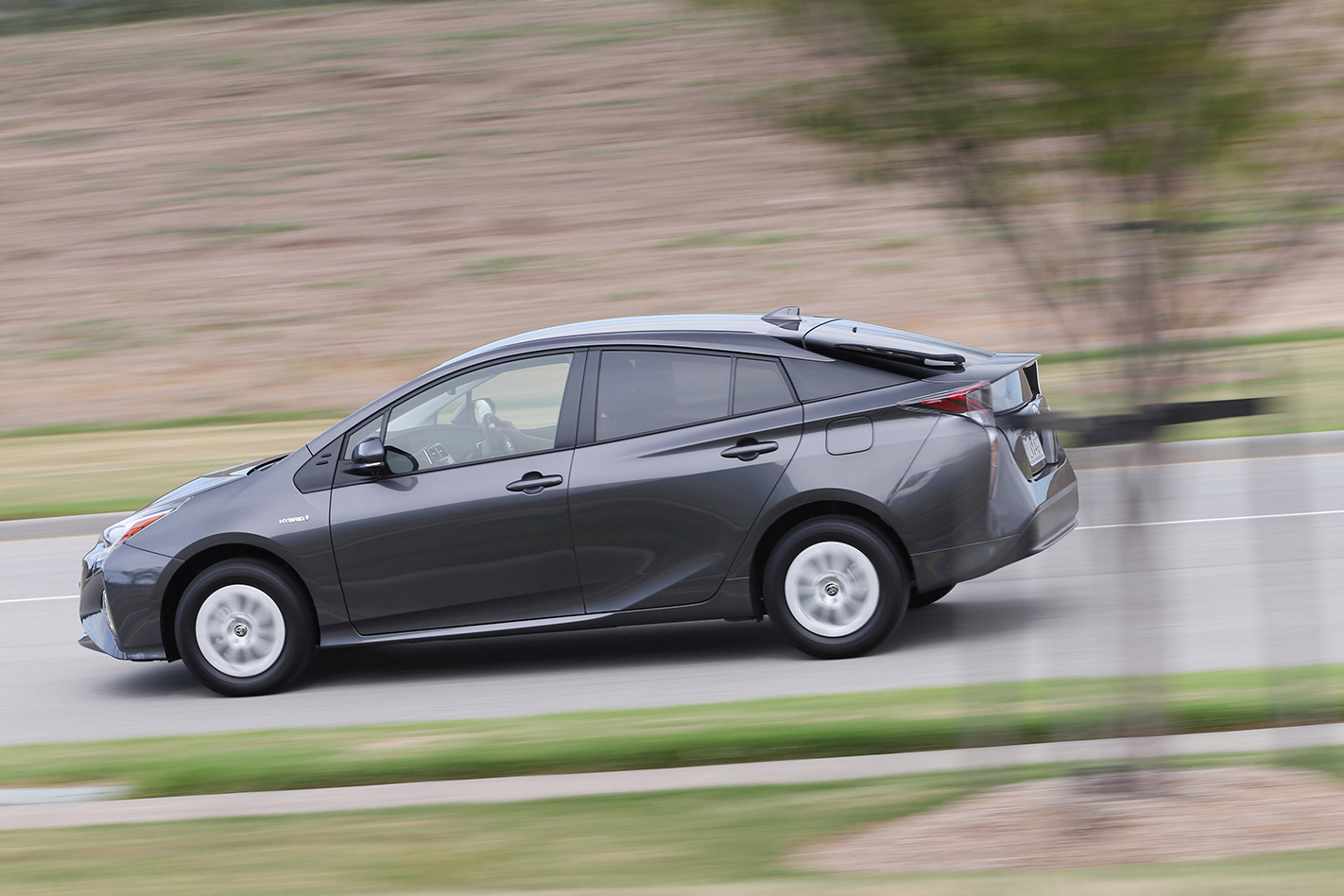 Hyundai Ioniq: Official word on the Ioniq’s warranty and servicing costs are yet to be revealed but it should mirror what’s offered in the UK, which duplicates the company’s standard five-year, unlimited mileage deal. UK customers also get a 125,000-mile battery guarantee, a number that should translate to a 200,000km equivalent Down Under and prove useful come resale time.

Toyota Prius: The Prius is covered by a three-year warranty which, unlike the Hyundai, is limited to 200,000km. Scheduled servicing of the Prius ranges from $193 to $379 per visit but those costs can
be trimmed down to $140 every 10,000km with the Service Advantage plan for a total of $840 over three years, as opposed to $1557 without the optional offer. 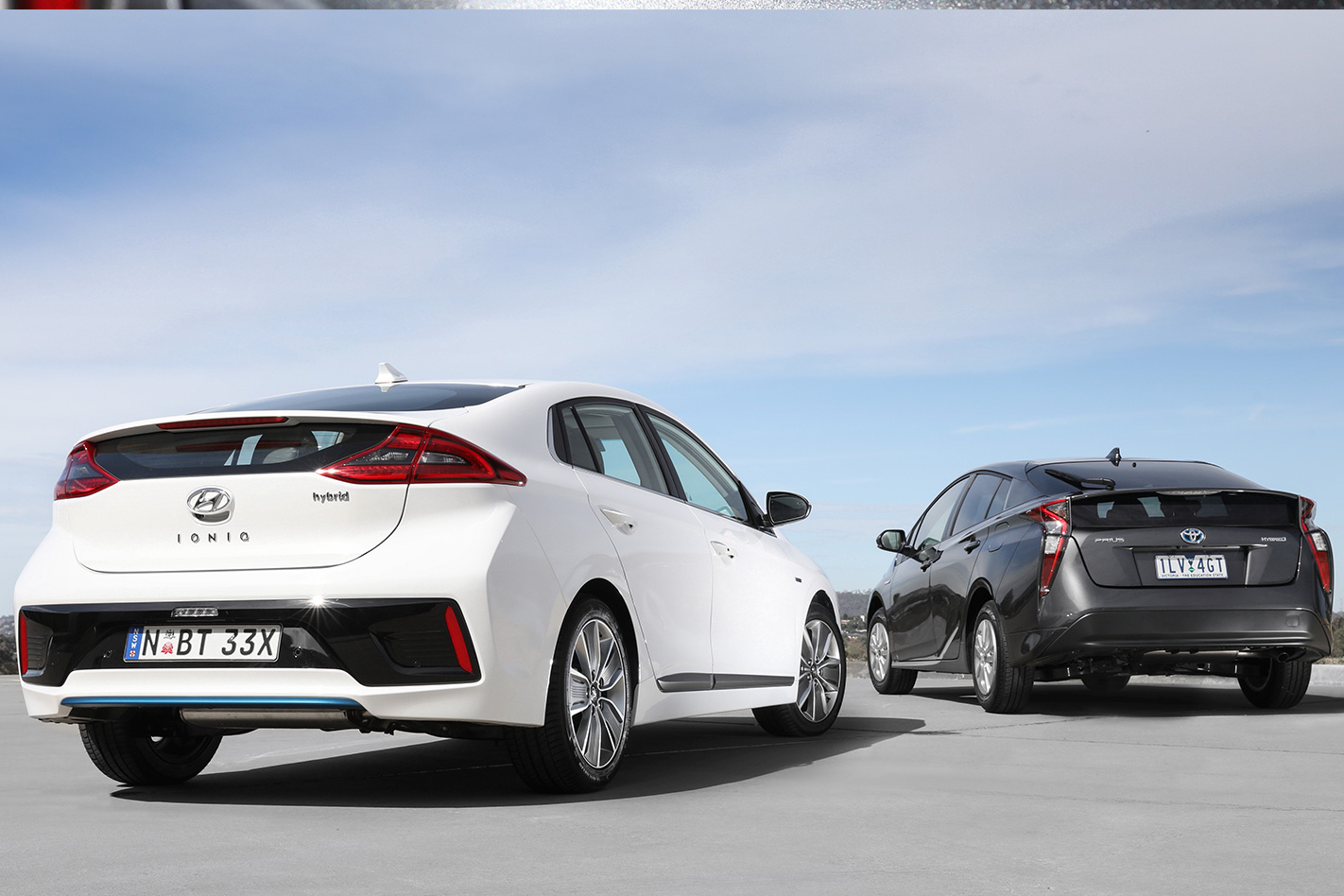 Despite the Prius' multiple generations worth of trial and error, the newcomer Hyundai Ioniq comes away with a convincing win this time thanks to it's cheaper entry price, drive-ability and better equipped interior. 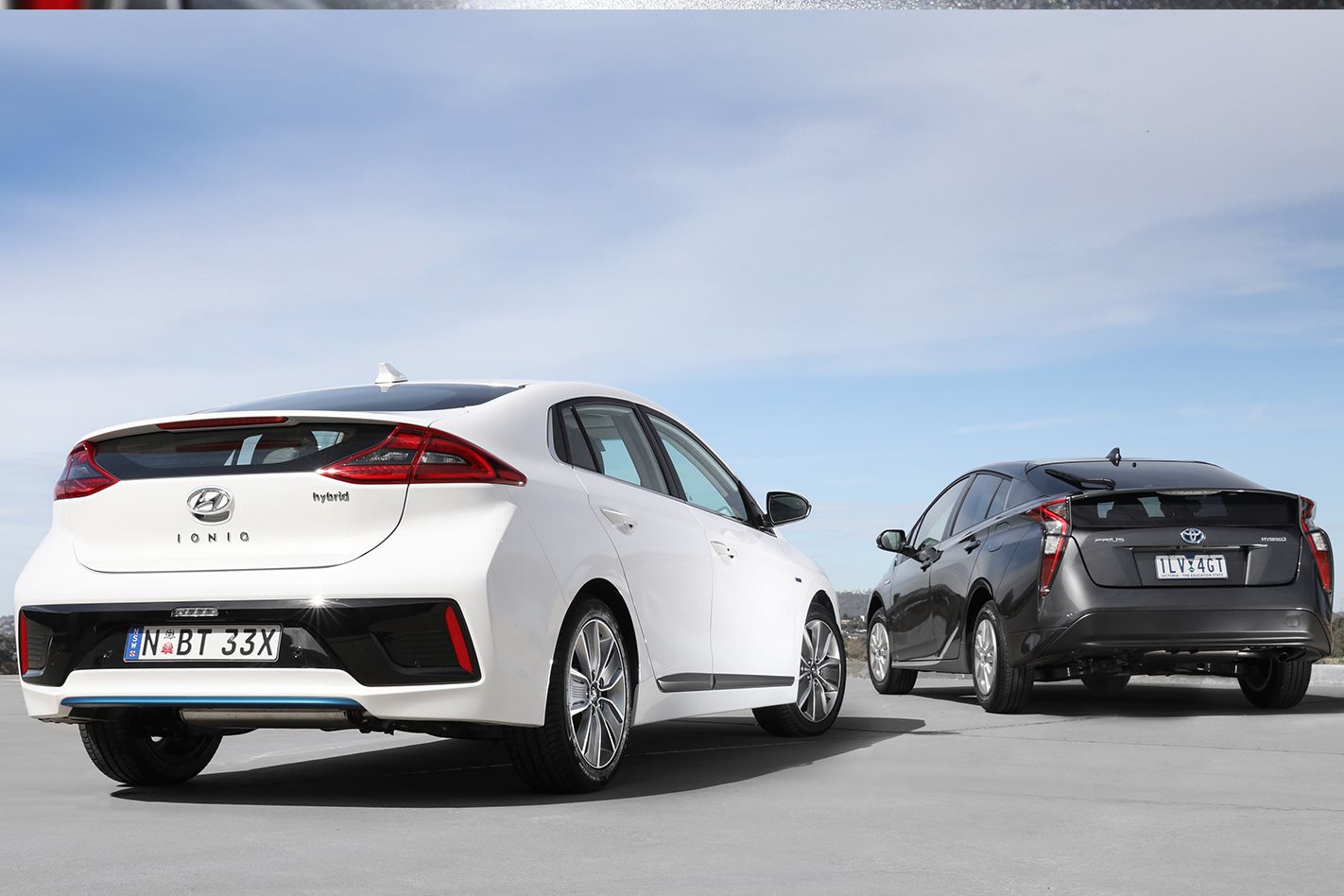 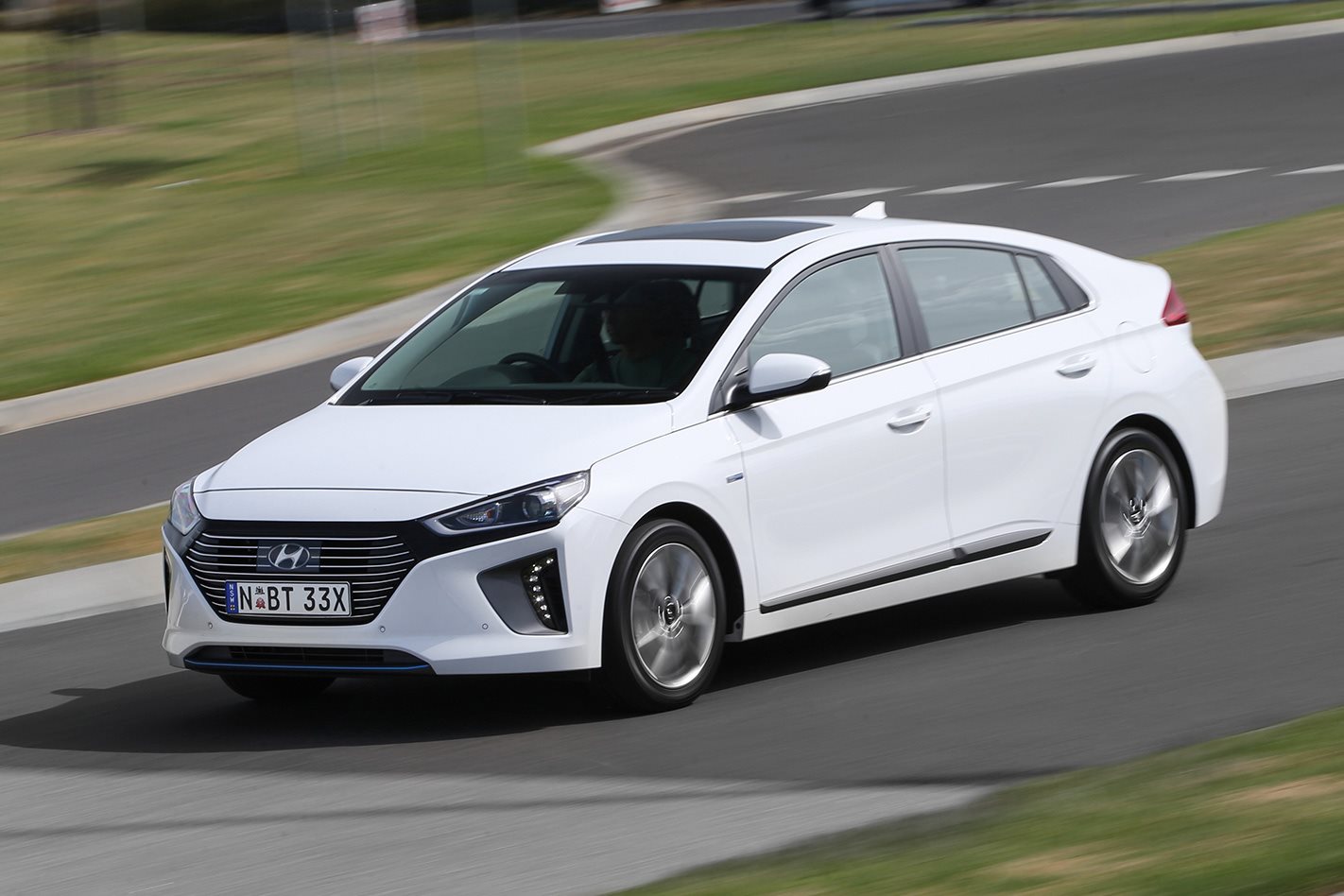 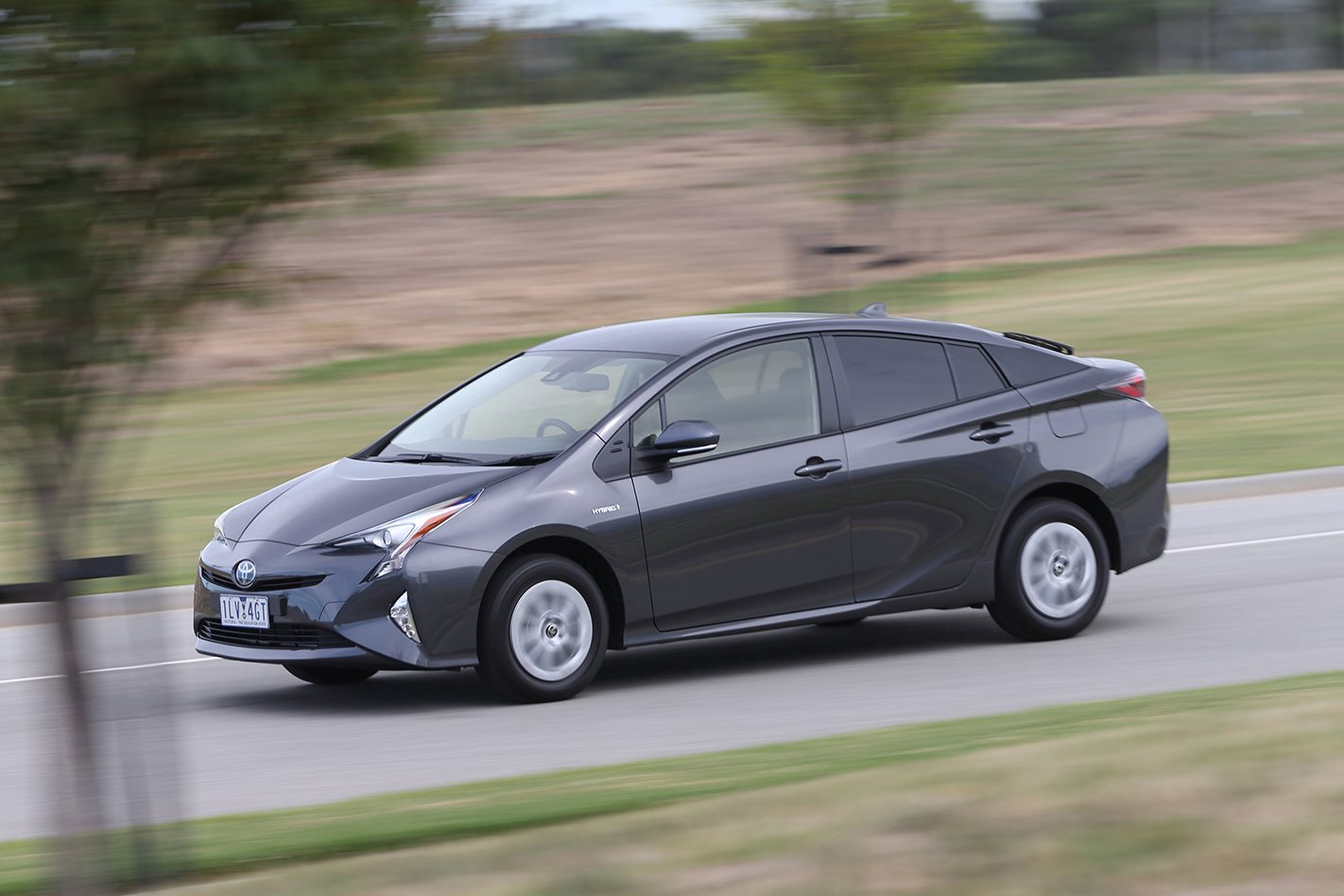 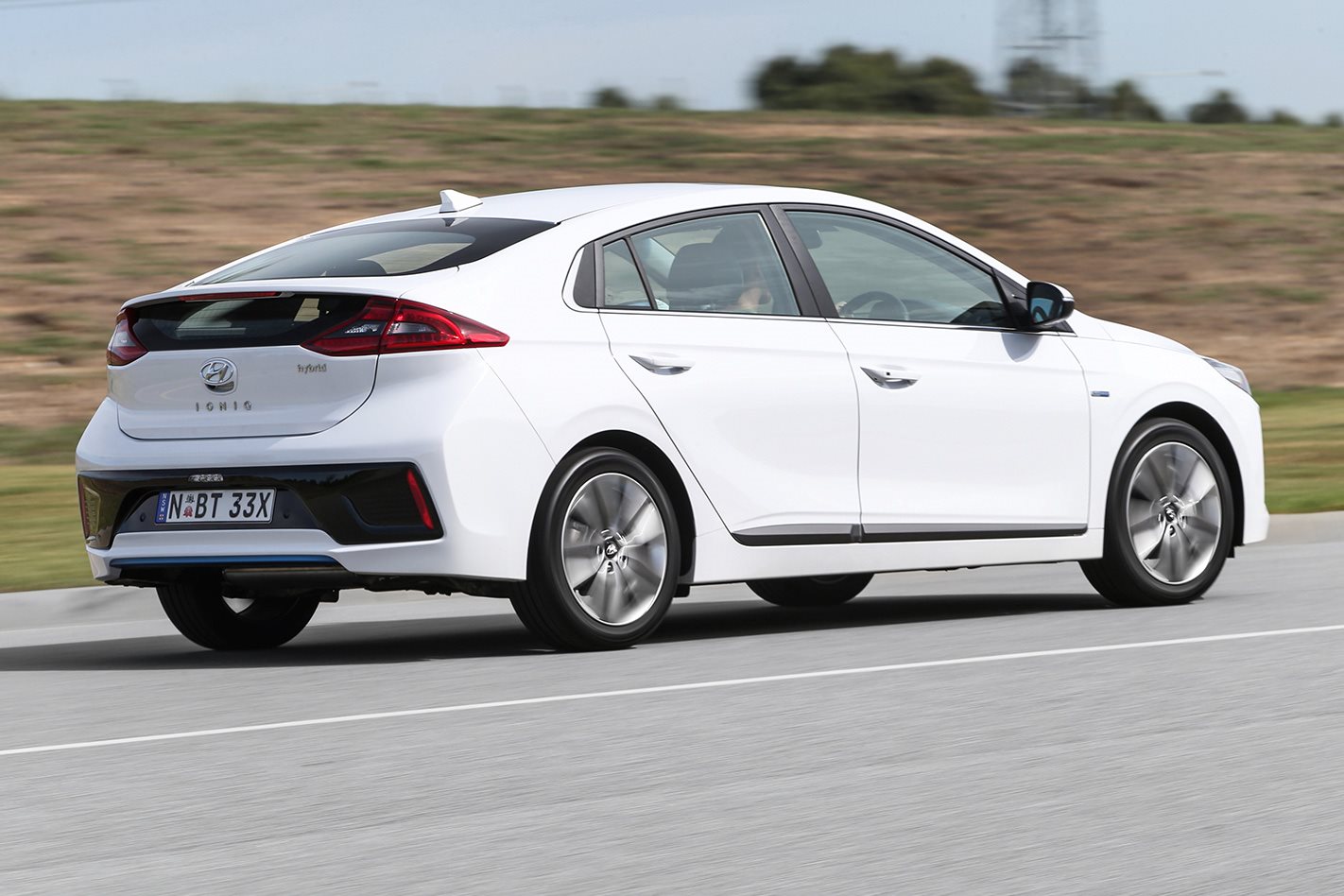 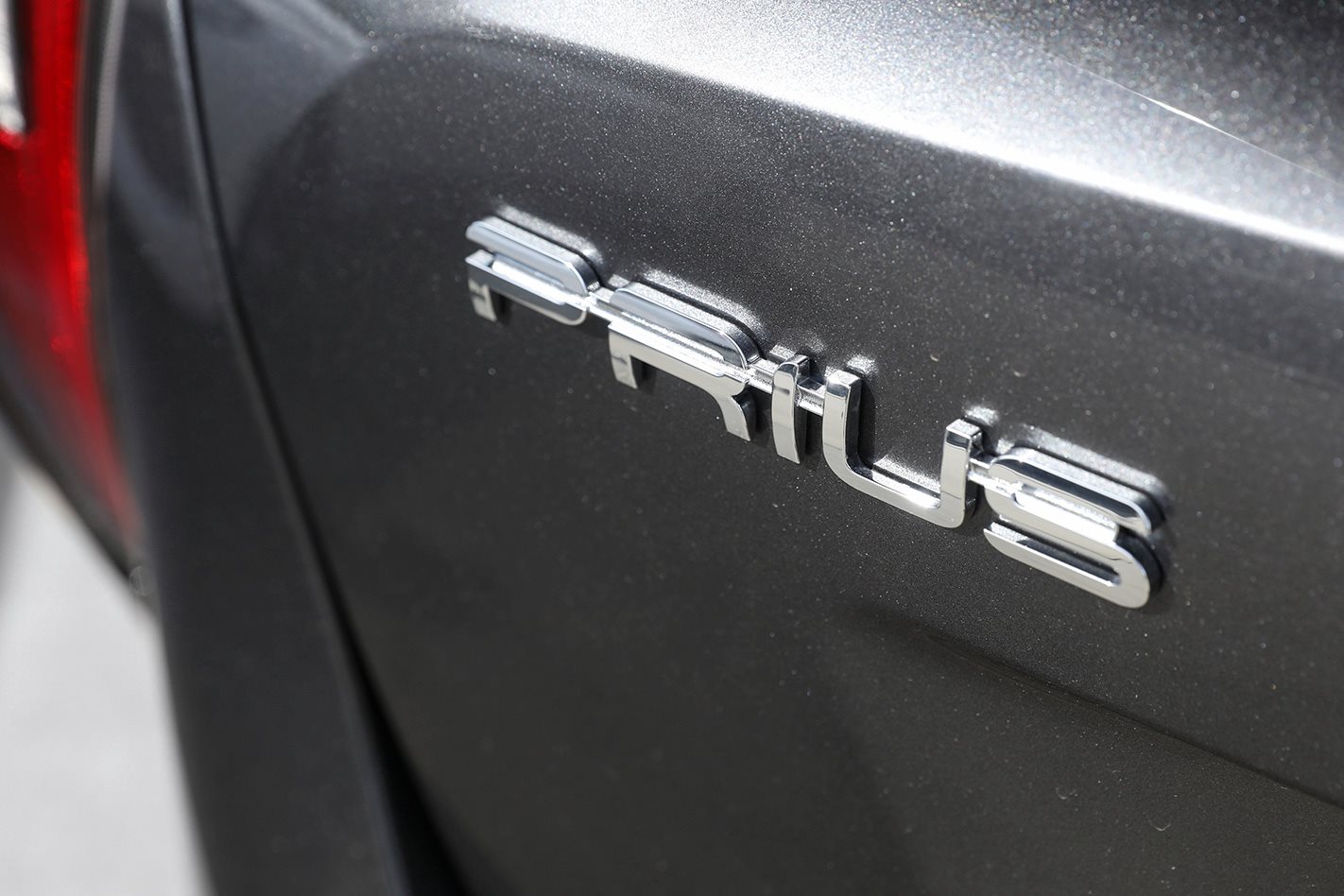 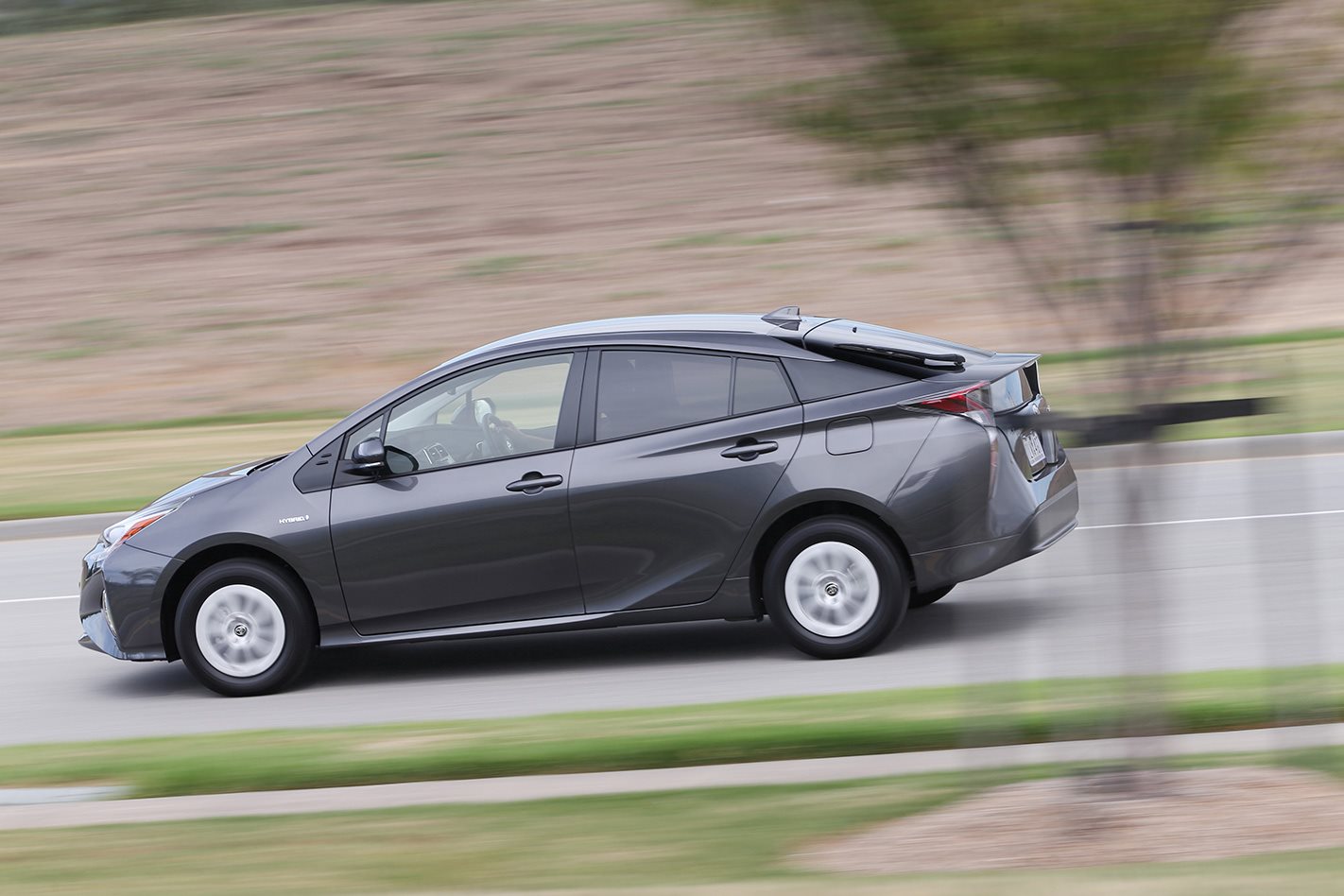 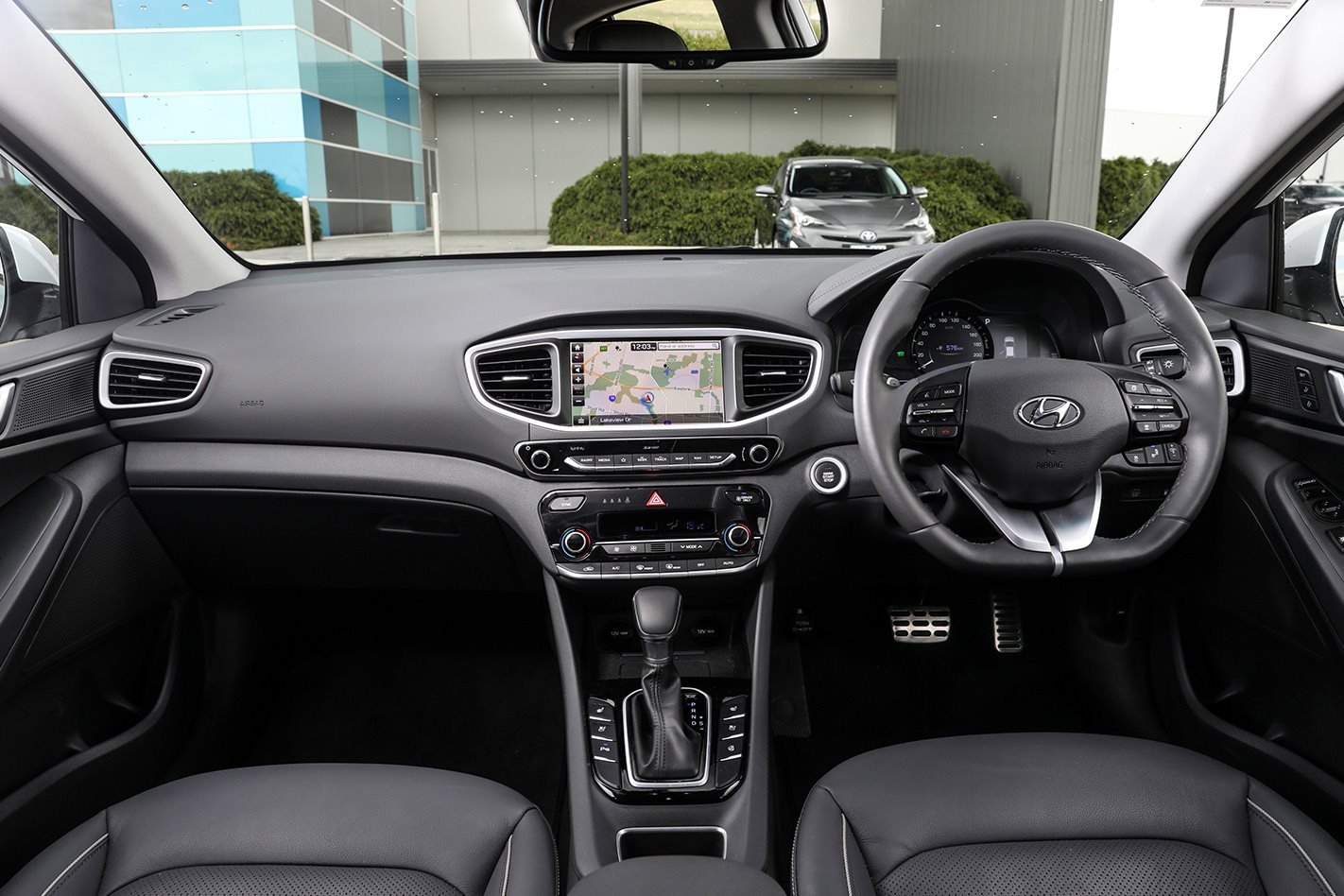 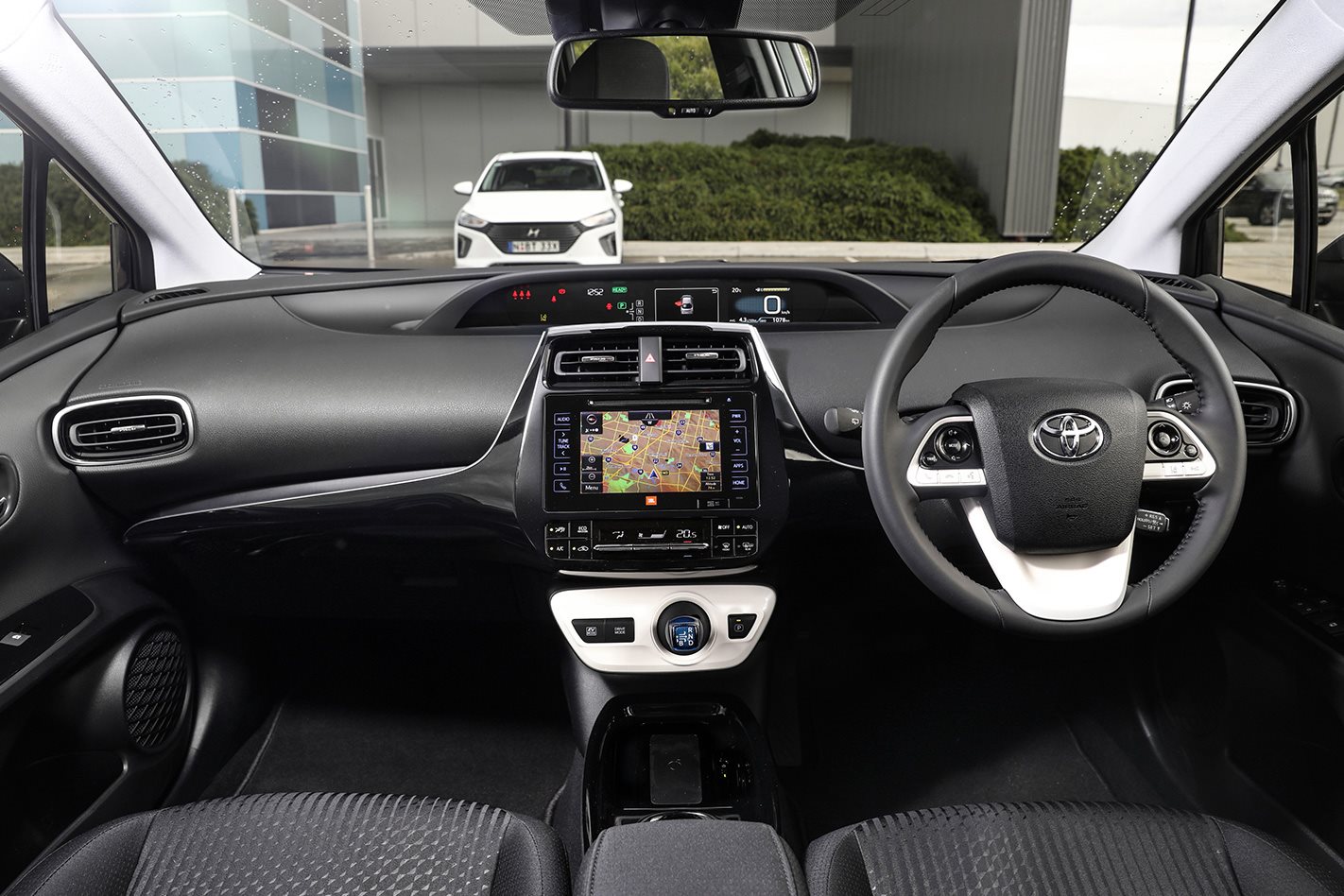 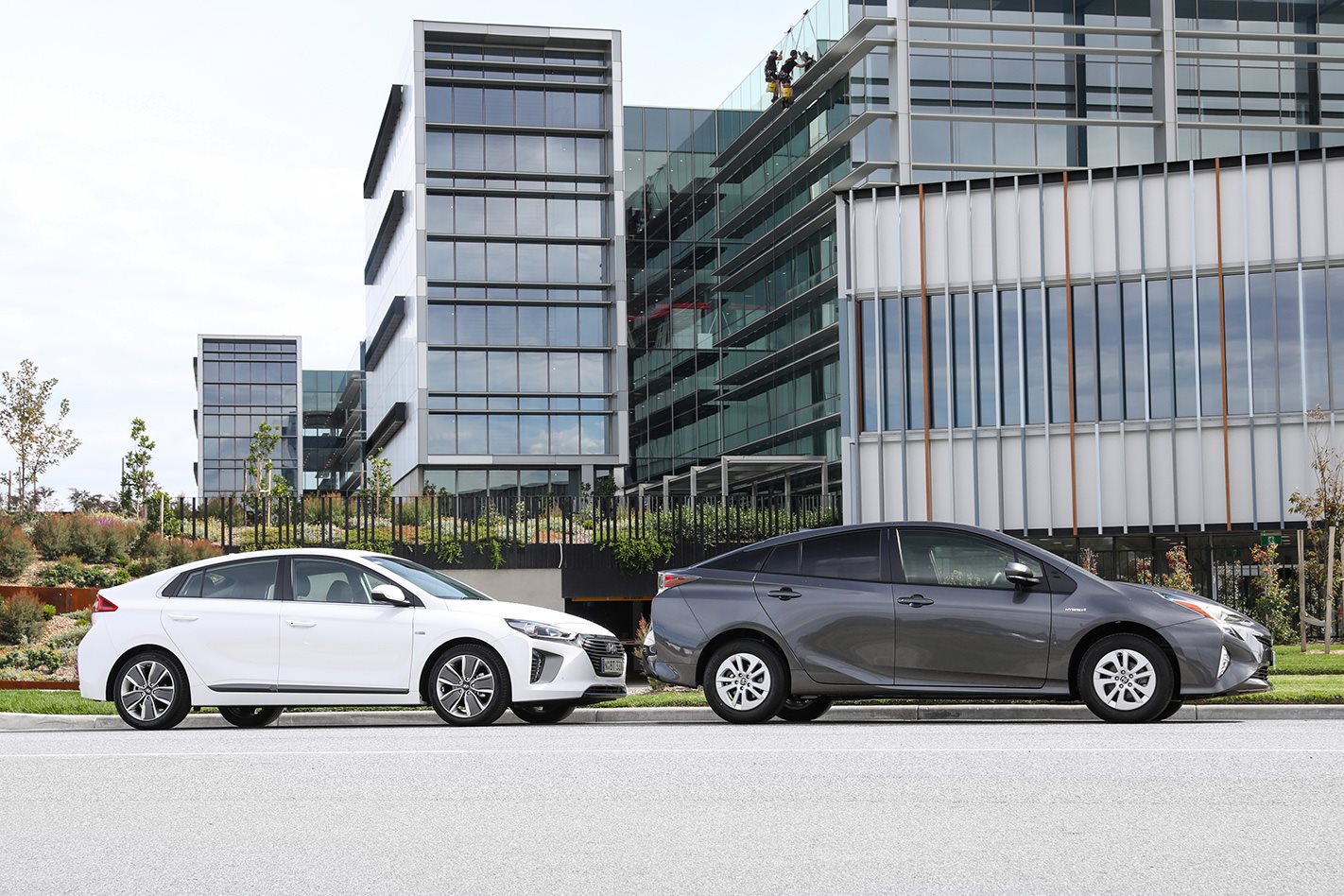