Over 110,000 small SUVs were sold in 2016, making it the fourth most popular vehicle segment in Australia, behind medium and large SUVs, and small passenger cars. It’s a group of cars with a myriad of options giving buyers more choice than any other category.

To help cut through and help you decide which small SUV is right for you, Which Car took five of the best new offerings on a two-day comparison. Here’s what we found out. 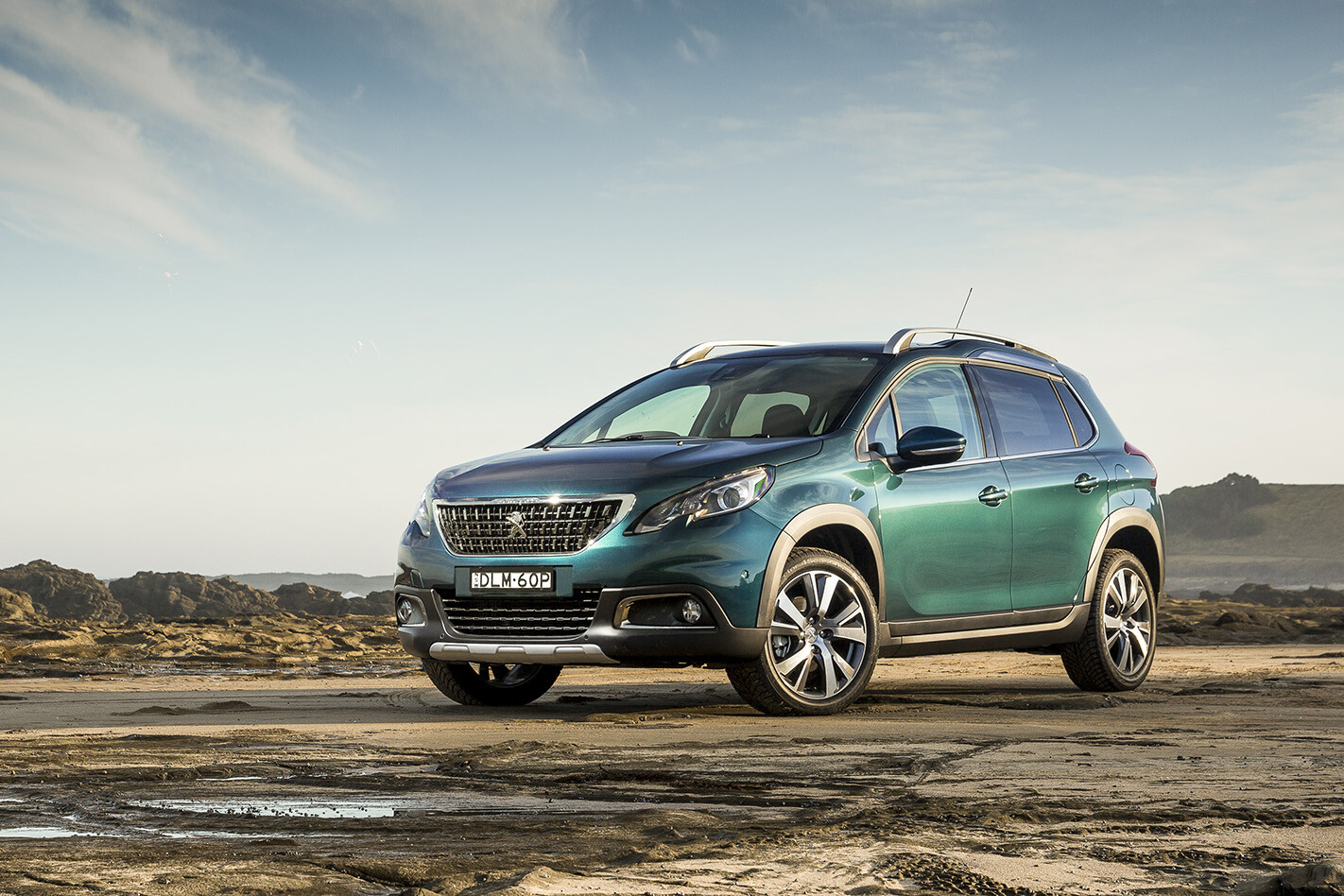 Peugeot 2008
Look past the conservative exterior, and the Peugeot 2008 proves itself as a capable all-rounder. Good handling, combined with wagon-esque interior space and design, with a distinctly luxurious feel to the cabin makes it a definitely worth a look.

The engine is tractable and easy to live with every day, with a fun streak when put into sports mode thanks to well-tuned transmission and throttle mapping. The exhaust has a nice note, with throttle application progressive, and gearshifts smooth. 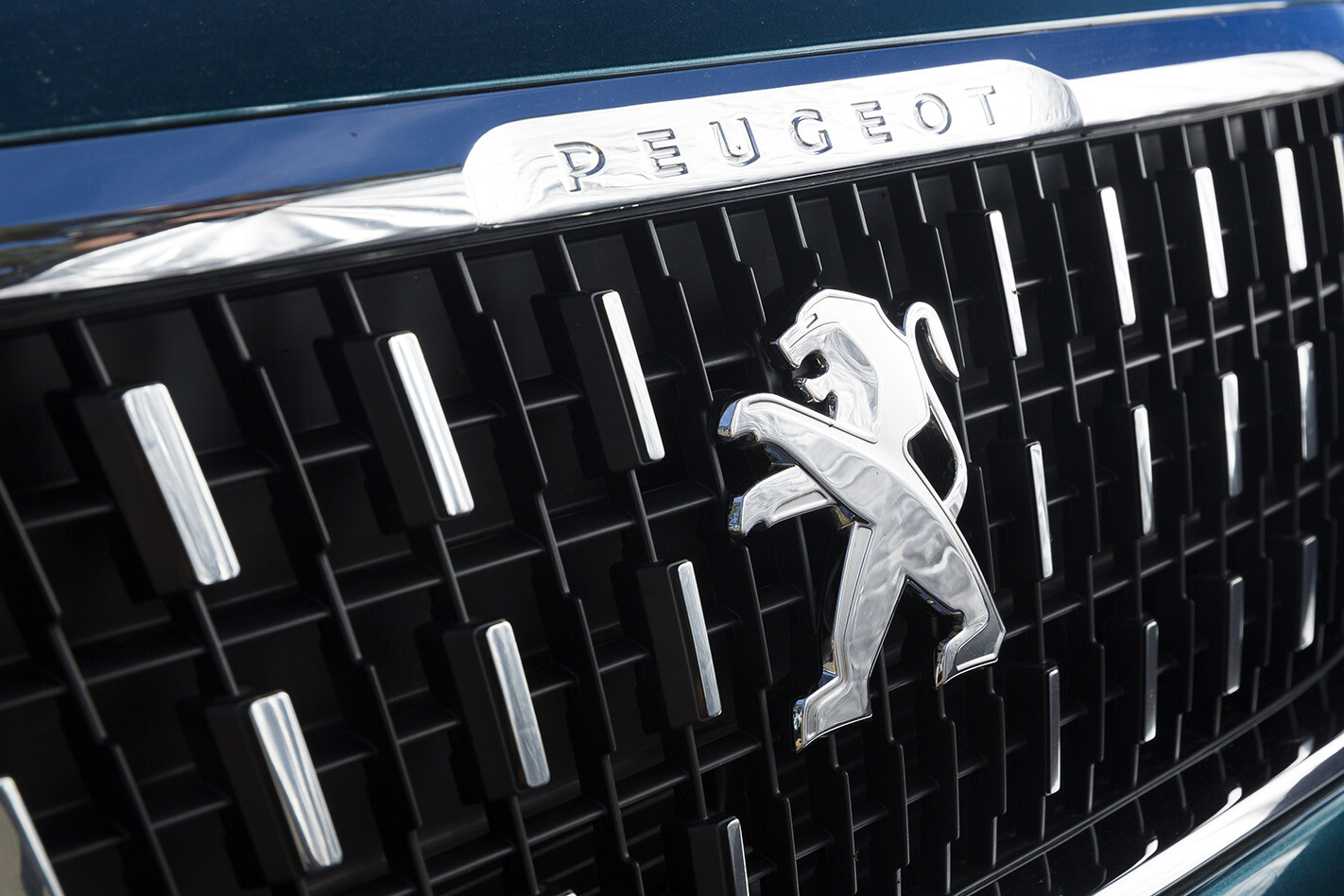 The 2008 has Peugeot’s unique dash design with a small wheel that you look over (instead of through) to see the speedo and tachometer. This can be frustrating at times, particularly when finding the balance between the right steering wheel position, and the ability to see all of the dash clearly, but some like the way it places important information higher on the dash

The interior of the Peugeot is a leader from this comparison, with a luxury feel beyond its price tag. An optional sunroof, theatre-style seating for rear-passengers, and ample boot space are highlights of this one. 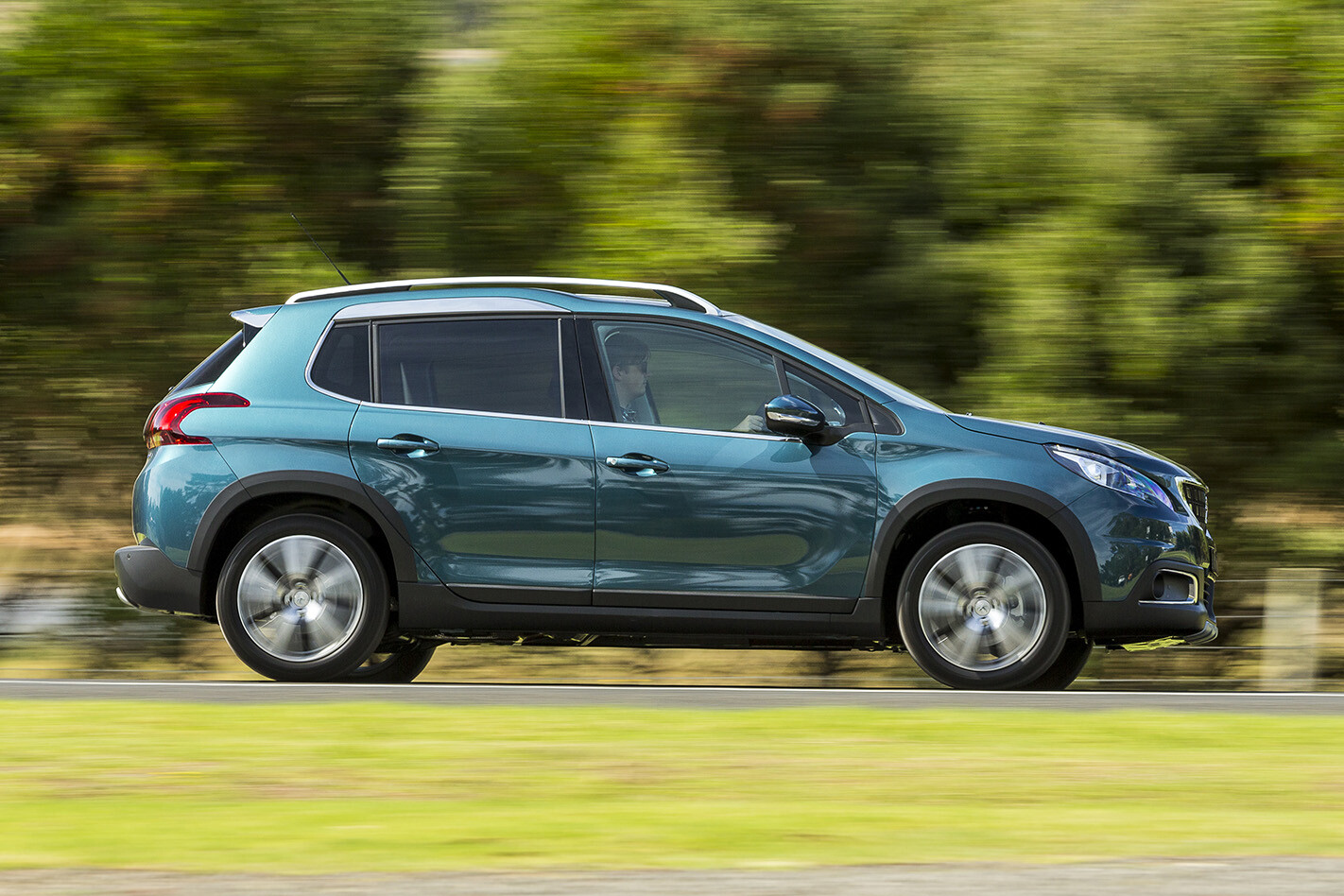 Overall the Peugeot won’t win you over with its looks, instead relying on its generous equipment spec, interior quality, overall refinement, class-leading ride and willing engine to do all of the talking.

Holden Trax
The Holden Trax was outclassed by strong competition in this field. While its engine and gearbox impressed judges, the interior design and feel, along with ride and road refinement dynamics lagged behind the rest of the pack. 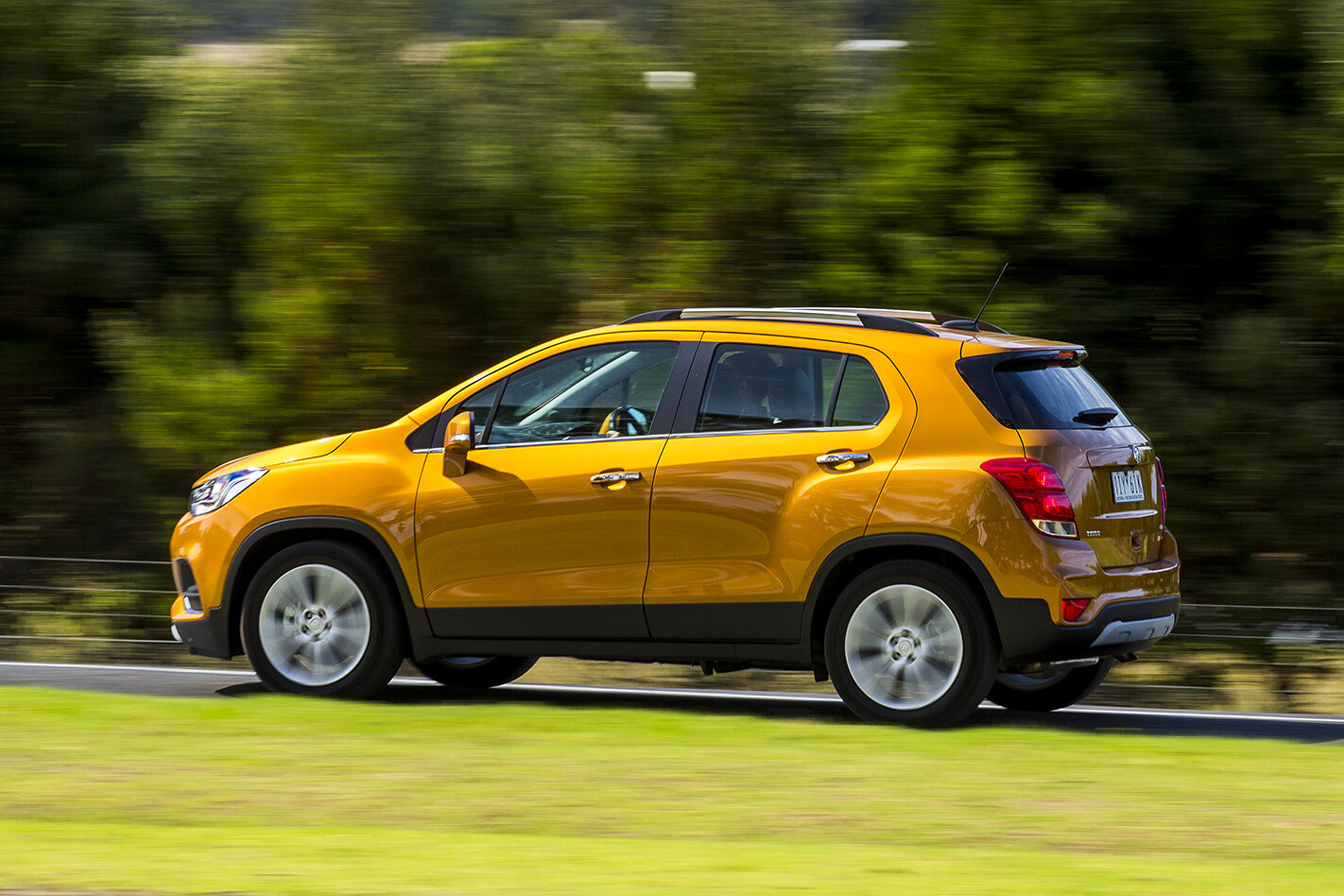 The drivetrain package makes the Trax agreeable around town, however the interior feels dated and misses out on basic equipment found as standard in its competitors – like four auto up-down windows and climate control. But, the addition of Apple Car Play and Android Auto for the Trax are a positive addition over the irksome Holden MyLink system.

The transmission is fun in manual mode, however the gear-mounted shifter, where a driver is forced to thumb a switch on the gear knob to change ratios instead of a traditional push/pull system, is a strange ergonomic quirk which makes shifting gears manually a hassle when trying to enjoy a windy road. While the interior doesn’t feel as cramped as others in the field, it is not an enjoyable ride for passengers, and the suspension setting is too harsh. The Trax traces the road surface, meaning it’s well-connected when pushed, but everyone feels what is happening underneath the vehicle.

Mazda CX-3
The CX-3 is the Small SUV segment leader in terms of sales, with no other competitor able to approach its domination in the showroom. However, it lags behind all others in this field in returns of noise and refinement. The Mazda CX-3 suffers from large amounts of road, wind, and engine noise both around town and on the highway. 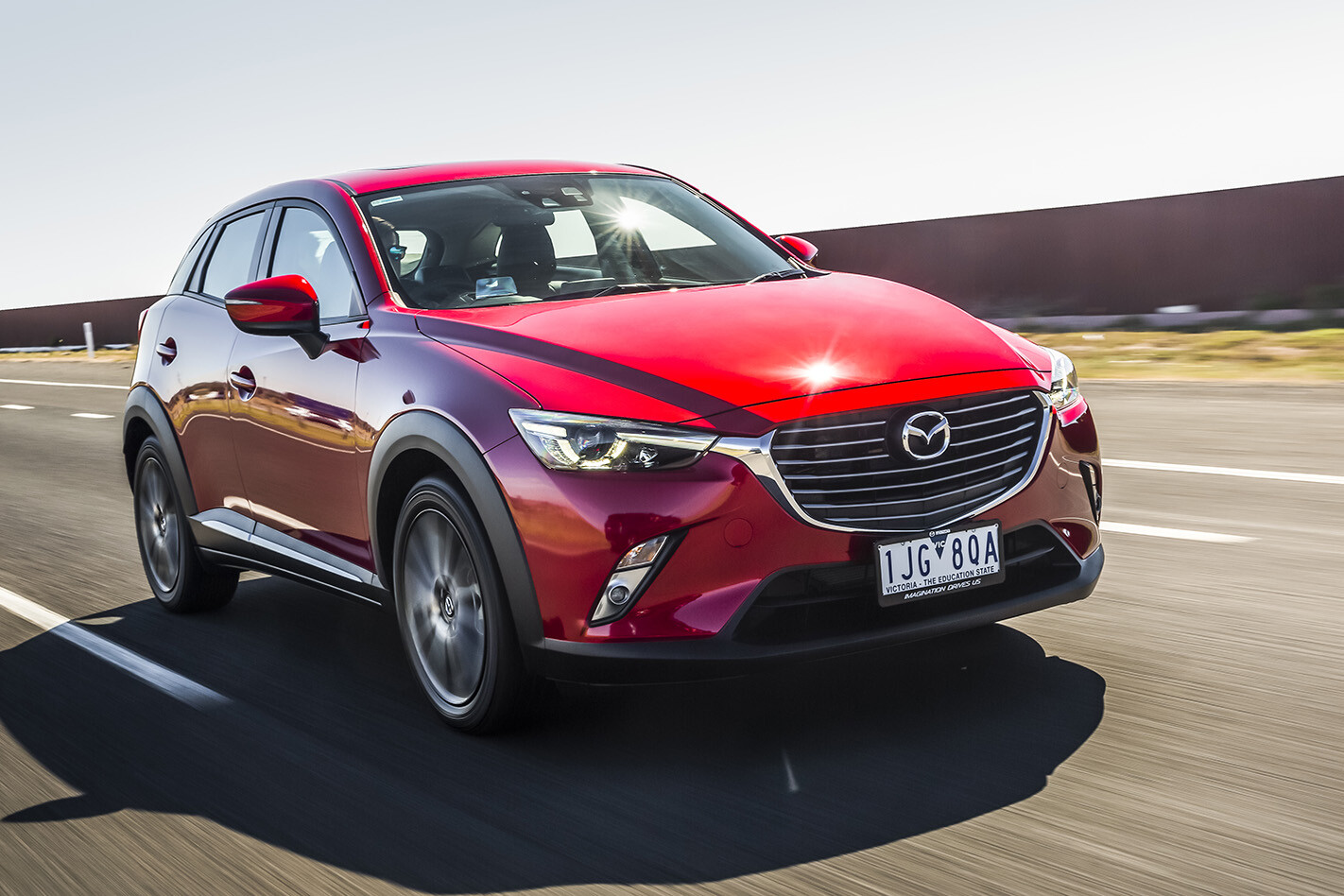 However, as a driving experience it is rather pleasant. The interior is simple but doesn’t feel sparse. The infotainment system is easy to use, and the addition of a heads-up display, leather seats, and sunroof are premium attributs.

You feel sportscar-snug inside the cabin, however rear legroom is minimal, leaving passengers in the rear pews feeling cosy, but comfortable. Rear vision is also compromised. Dynamically the CX-3 performs well. The Mazda grips the tarmac strongly, the gearbox is enjoyable in sport mode, and the steering is weighted in a sweet middle ground between around-town lightness and corner-carving heaviness.

Toyota C-HR
The new kid on the block comes armed with funky styling and a charismatic personality for this comparison. The Toyota C-HR may divide some opinions with its looks, but won over our group of judges thanks to its adventurous design. 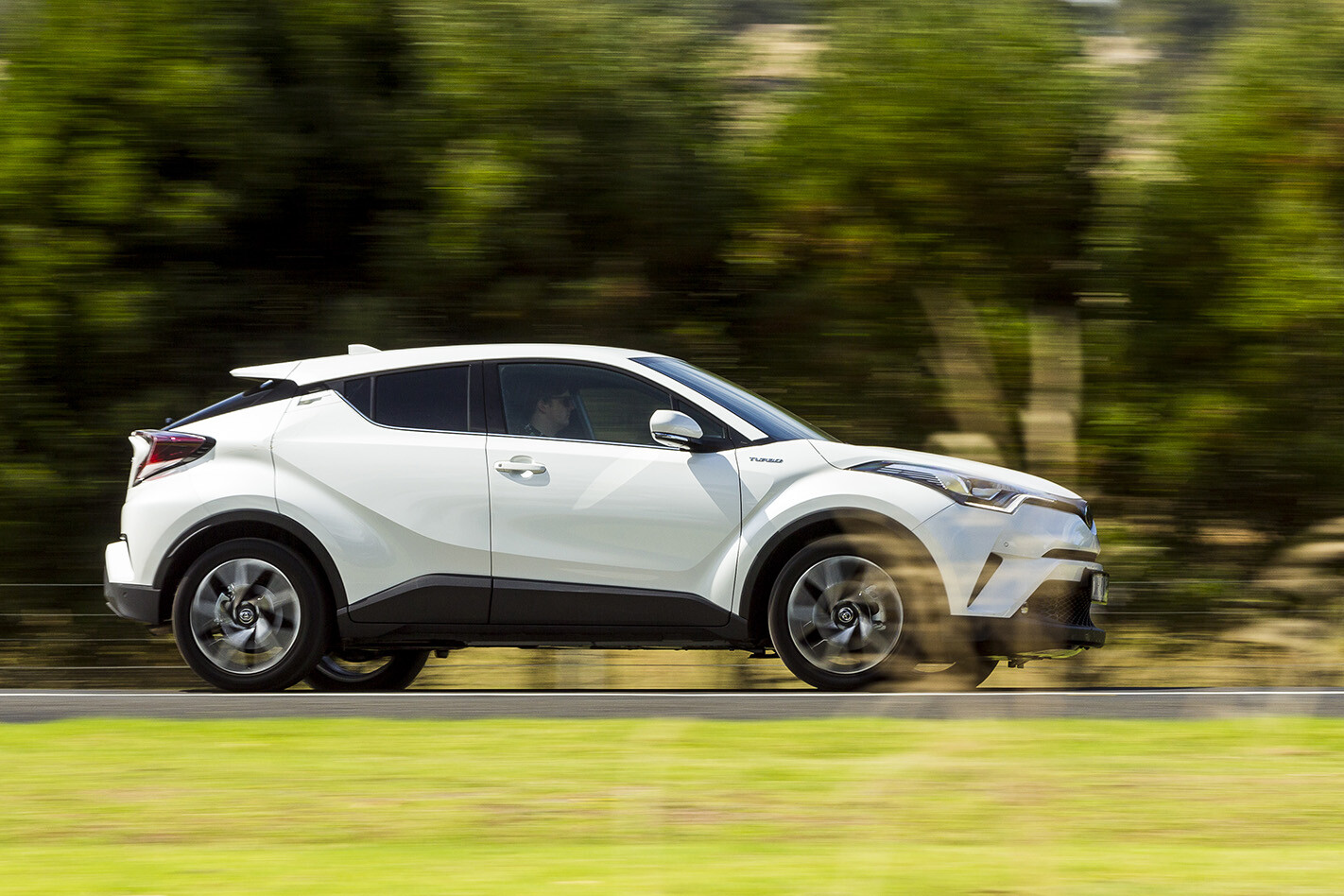 However, the funky exterior does compromise the interior in some departments, particularly the rear seats. Rear passengers are left with a sloping roofline and small windows which makes for a claustrophobic experience.

Front passengers are well cared for with large seats that are possibly too large for the overall packaging. This contributes to a lack of rear seat vision. 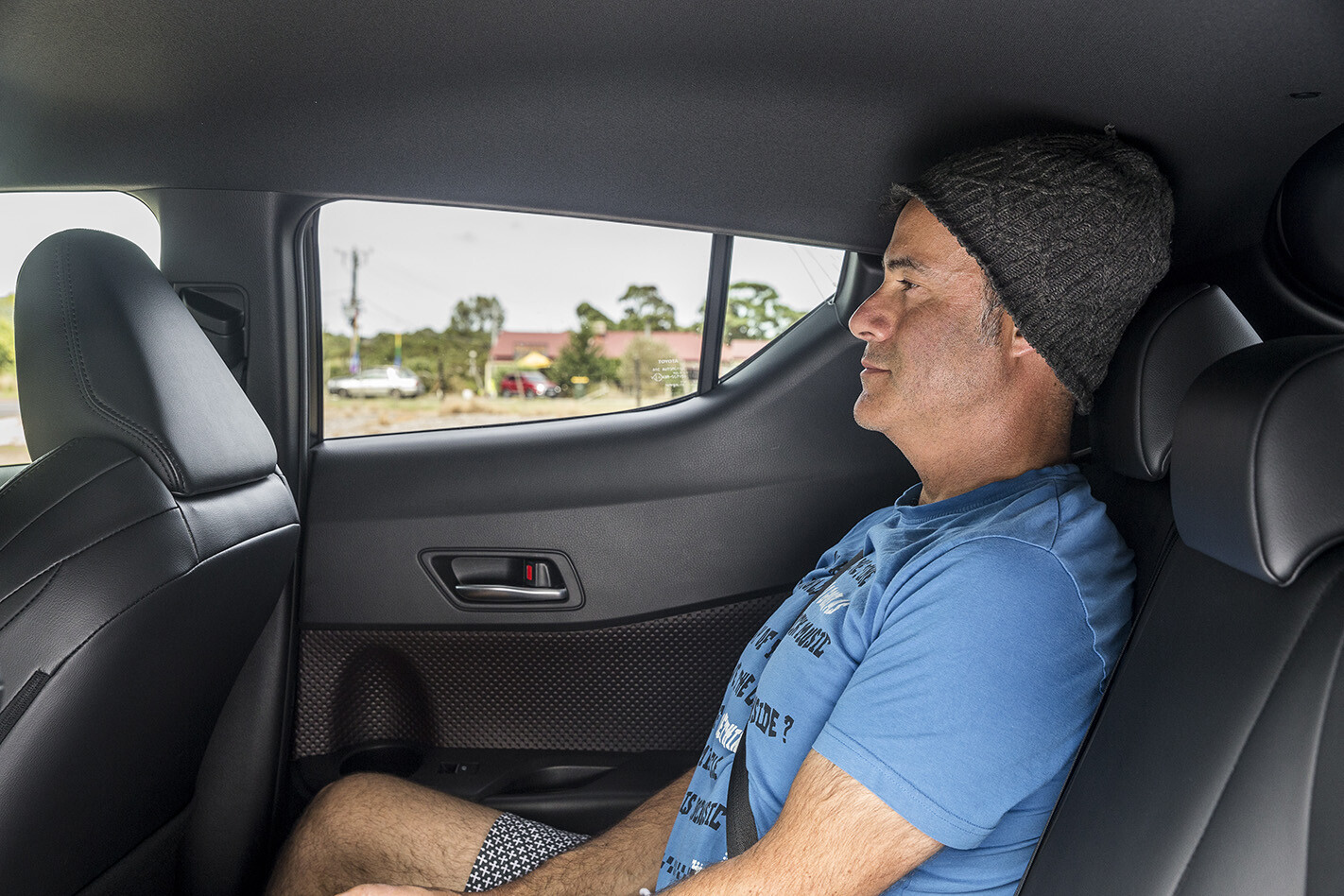 Despite being the only CVT of the field, the Toyota’s gearbox is one of the best, performing quietly and smoothly around town and acting like a conventional auto with stepped gears during sporty driving.

The Toyota also impressed dynamically, particularly with steering set to Sport mode. In the around town ECO mode, the steering was extremely light, making manoeuvring a breeze. The C-HR does well to shake off Toyota’s beige reputation, however does have some peculiar quirks with a 6.5-inch infotainment and menu system which takes some getting used to and is also undersized considering the top-grade C-HR Koba’s pricetag.

Suzuki S-Cross
The S-Cross has the best engine of the field tested here. If your priorities have you searching for a capable and versatile crossover for long interstate drives, then the S-Cross is the small SUV for you.

The Suzuki’s infotainment system is simple but capable, with sat-nav and rear-parking camera as standard. However, the interior does feel basic compared to the rest of the field tested thanks to an abundance of hard scratchy plastics and a design that already feels dated. The seating position can also be bothersome, with the high stature and lack of lateral support giving occupants the sensation they are perched atop the car rather than sitting within it. It’s worlds apart from the sportscar-like CX-3 in that regard. On the flipside the S-Cross’ seats proved comfortable during long distance driving, and the high-up position does have the benefit of providing a better view of the road.

The electric steering lacks feel and has a dead zone in the first few degrees of steering lock where it has little effect on direction, but the car holds the road well overall. 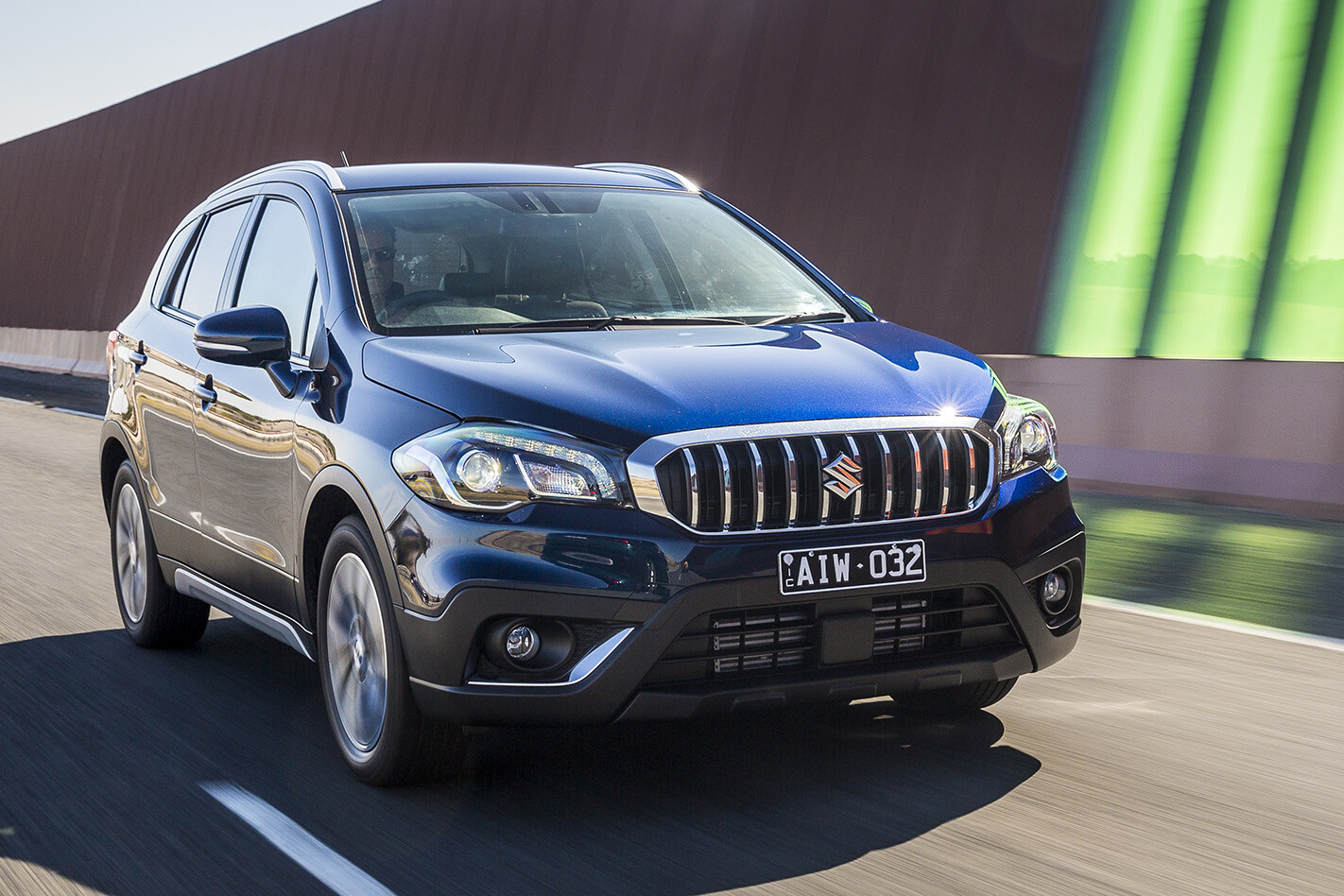 Under sporty driving conditions the S-Cross responds well, but it is the engine which performs best, both around town and on back-roads. Ample low-down torque makes driving the S-Cross easy and fun.

Verdict: Peugeot 2008
The best all-round car from our five-car field was the Peugeot 2008. It won over judges with its smart packaging, roomy and luxury interior feel, capable dynamics and tractable engine. 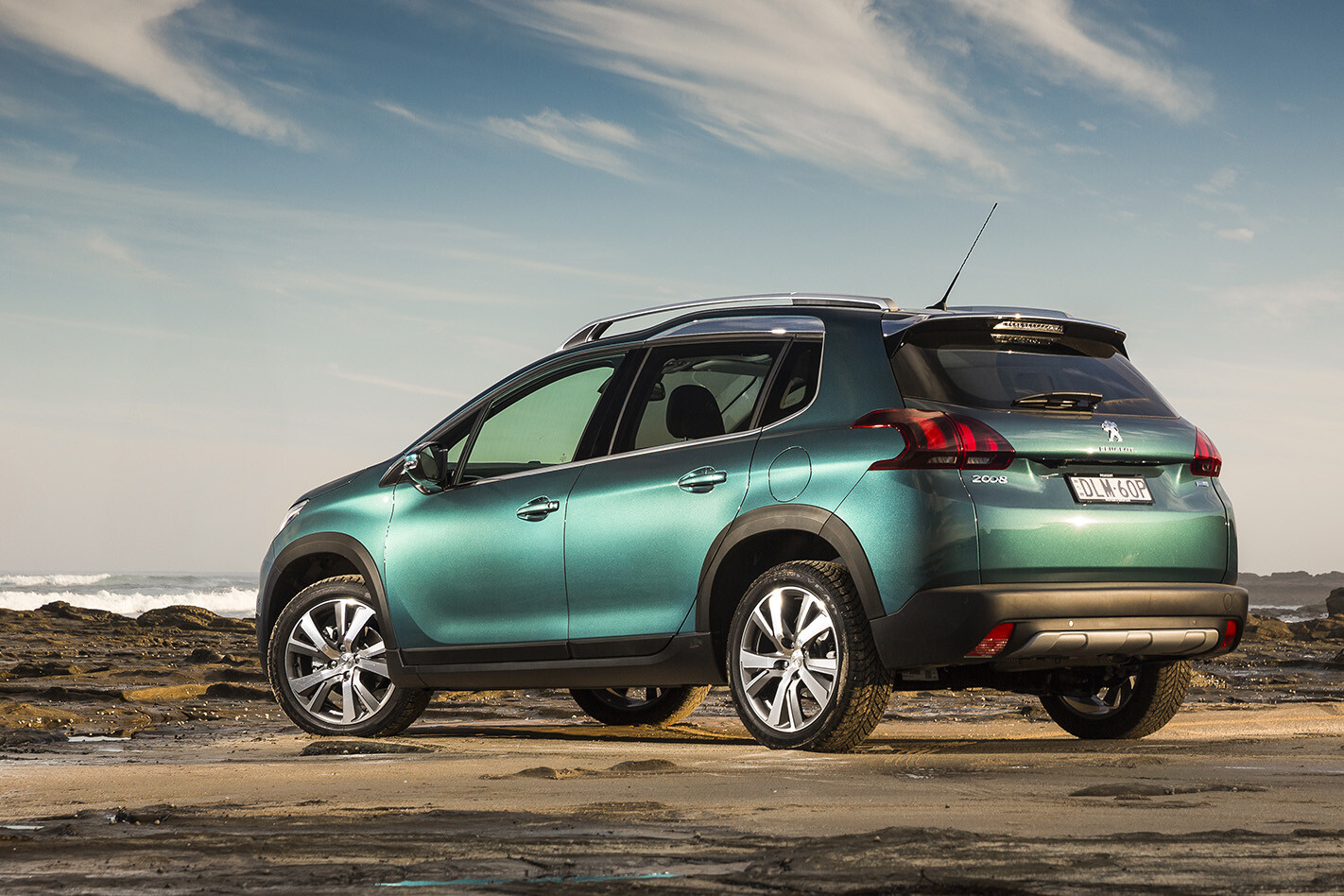 However, if it’s somewhat lacklustre exterior leaves you disappointed, the Toyota CH-R has buckets of character in that department, and backs it up with a fun and enjoyable driving experience.

Mazda’s CX-3 is a segment leader for a reason, and is well worth considering for its sharp value offering. The S-Cross is the reliable pack-horse of the field, with an engine which makes up where other departments are lacking.

Unfortunately for Holden, it’s the Trax that brings up the rear of the field. An irksome, low-rent interior and harsh ride see points get subtracted and put it on a level below its well-sorted rivals.