The current generation of Peugeot 308 made a big impression when it first launched, finishing as a finalist at Wheels Car of the Year. Now, after a lengthy wait, Peugeot has added two faster GTI versions to the 308 line-up, and they’re already doing battle in the fiercely contested hot hatch segment. So let’s see what makes them tick.

The two 308 GTI varieties are separated by power outputs and a few performance extras. Both cars are seriously quick! The normal GTI 250 makes 184kW, and with even more turbo boost the GTI 270 makes 200kW. Both versions use a 1.6-litre turbo four-cylinder engine and a six-speed manual gearbox that puts power down through the front wheels. 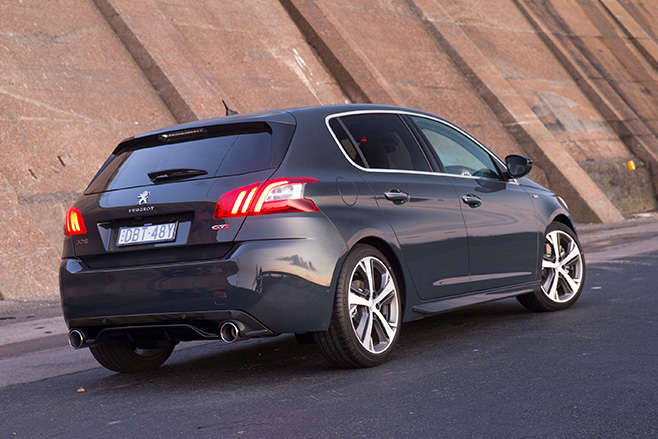 Dynamically, the Peugeot 308 GTI is a brilliant car to drive and an ideal weekend warrior. Its handling is excellent, it rides well, and it has oodles of grip. It’s relatively lightweight too, at a hair over 1200kg, and its brakes, especially in the GTI 270, are super strong.

So we know it’s fast, but we shouldn’t forget the GTI’s hatchback practicality. Boot space is decent, and the interior is roomier than the old one. There’s a good set of safety features, too.

This interior is full of racey touches like a compact steering wheel with rally-style centre line on top, and supportive Alcantara-trimmed sports seats. The instrument cluster is oddly located above the steering wheel, and has a tacho needle that runs anticlockwise for some reason, but once you adjust to its position Peugeot says it’s less fatiguing to use. 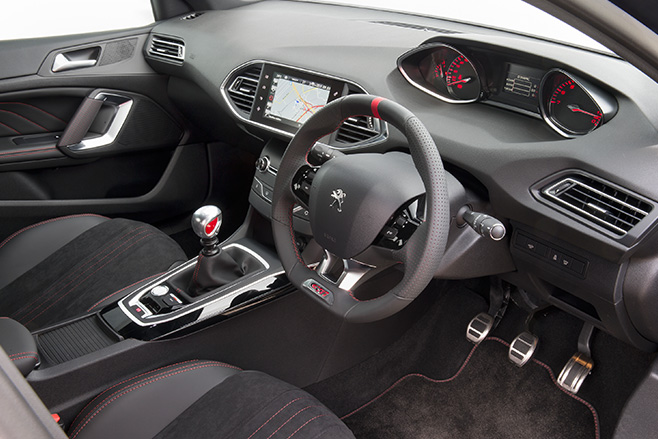 Once you’ve weighed up the opposition and decided on the 308, there’s only one more choice to make. If we were buying, we’d stretch to the GTI 270. It feels the most special and its performance will make even a Golf GTI seem a little bit slow. If that’s beyond your budget, the GTI 250 is a great package, and won’t leave you disappointed. Both GTIs have a magnetic personality and that’s something we love about French cars.

Peugeot has moved the goalposts forward with its new 308 GTI. The French hot hatch has serious performance credentials in a car you can live with every day. It’s extremely capable, well-made and more than just a one trick pony.