The GTI seems to be the smart hot-hatch choice, but what else is out there if you want to be a little different?

Hot hatches have grown in popularity since the Volkswagen Golf GTI was first released in 1976 – or maybe it was when Mark Wahlberg hit the big screens speeding along in a Mini Cooper. Either way, hot hatches are a popular choice for those who like powerful engines and fast cars.

But with so much on the market carrying the hatchback label, how do we know where to start? And, more importantly, which of these performance cars will fit your lifestyle?

We asked the boys at MOTOR magazine to share their findings on four of the more popular hot hatches after they’d belted them unforgivingly. They did it. They loved it. And they told us all about it.

The cars are all premium hatchbacks with turbocharged four-cylinder engines. That means they’re good, powerful and fast.

THE AIM OF THE MOTOR GAME

So, the boys took a look at an ensemble of hot hatches to suss out the options for those wanting something like the GTI, but not the GTI. 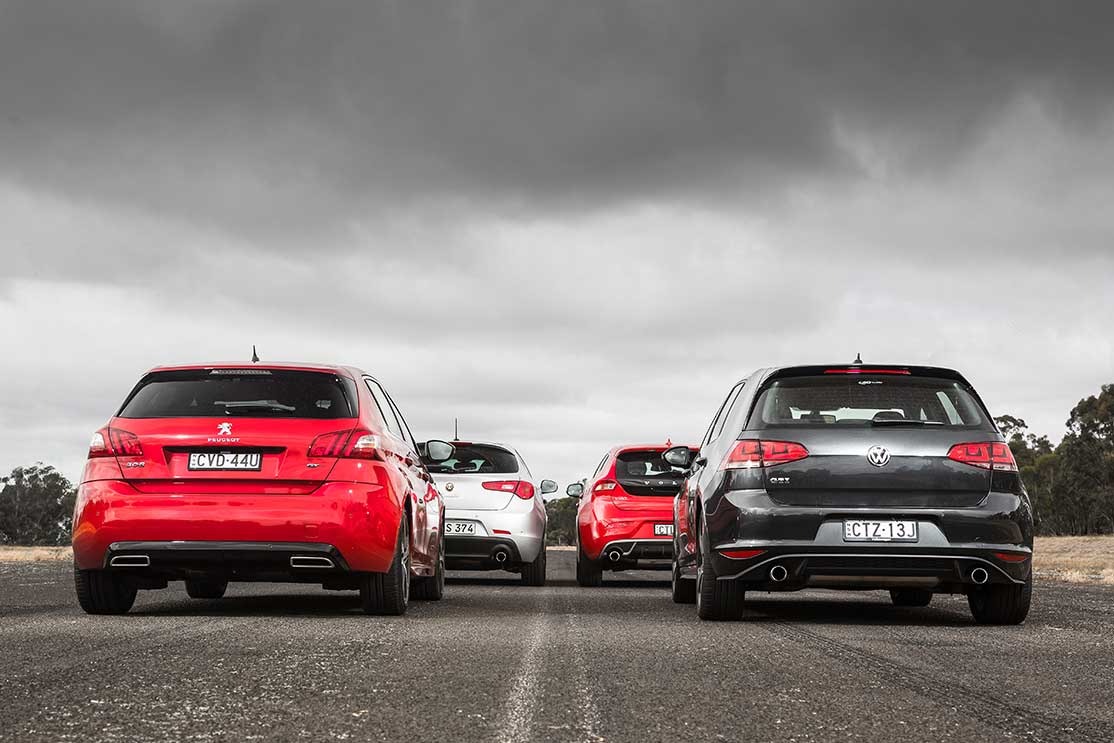 The Alfa Guilietta QV wins in the pace stakes, clocking stats faster than the other three cars. It also has a nice sounding engine, or an “angry” engine according to MOTOR, which is a good thing unless you’ve already got a car full of screaming kids. It grips well to the road, even in wet weather, and it gets a gold star for style.

On the downside, the electronic stability control (ESP) is “intrusive”, which means it kicks in at an inconvenient time and can be annoying for any keen driver. That’s probably not much of an issue for those using it for the daily grind, though. It also doesn’t soak up the bumps as well as others in its class. So if your route covers a lot of speed bumps, be prepared. 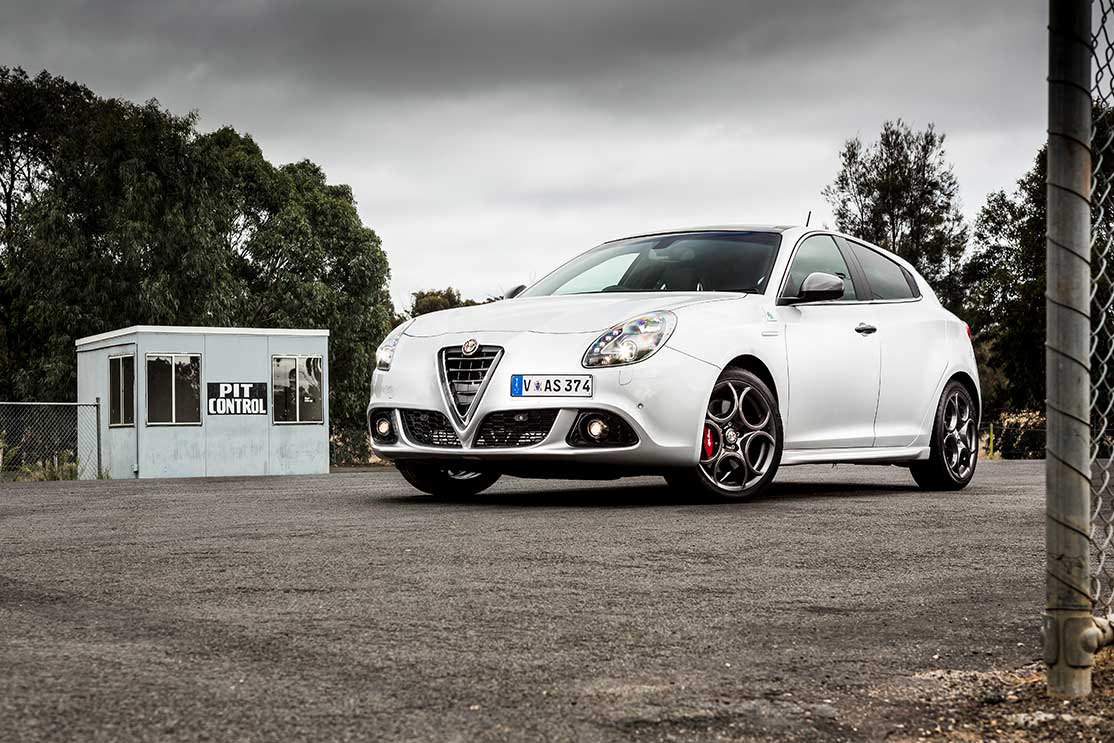 We’re starting to understand why the boys in the office drop the Golf GTI into almost every conversation. Here, they’ve listed the enthusiast’s favourite as a “class benchmark”. The only fault MOTOR could give it in this comparison was a bit of a struggle in the traction department, as it doesn’t grip the road as well as others. Unless you’re taking corners at higher speeds, though, you probably won’t notice. It also isn’t as pretty as the others, or “lacks visual appeal”, but hey, beauty is only skin deep, right? 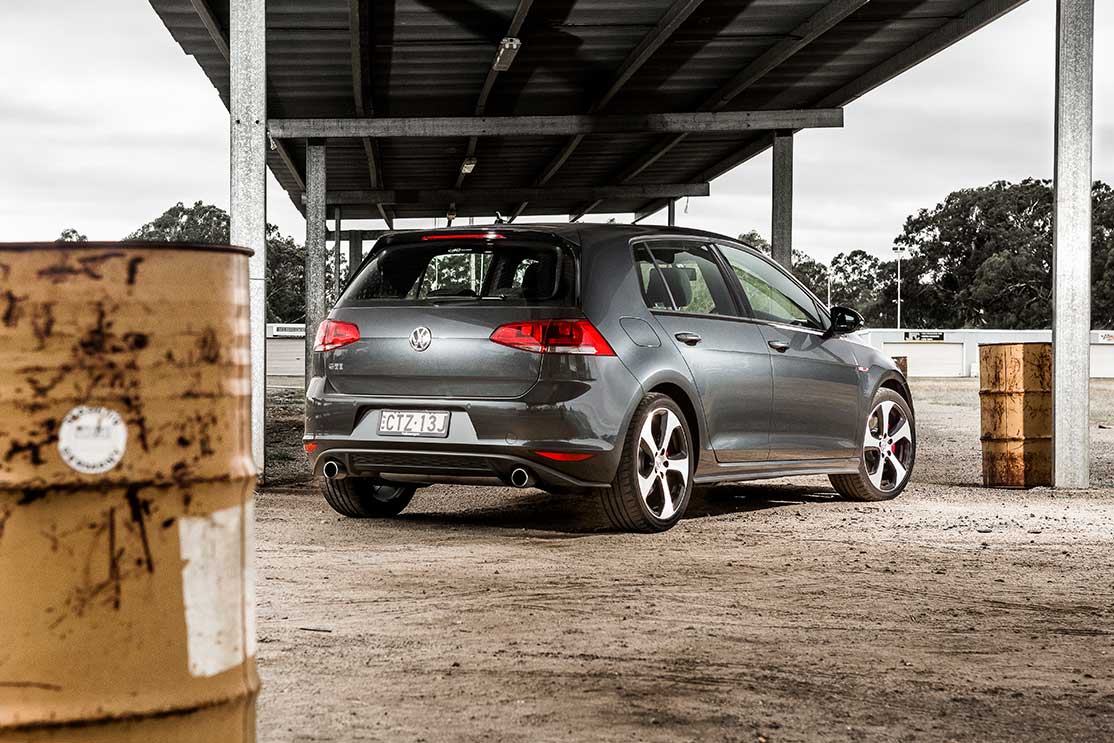 Peugeot’s dynamic hot-hatch has great traction. And for those who love to drive without electronic aids, you can turn the ESP off in the Pegueot 308 GT. It also comes with heaps of equipment including 6.9GB hard drive, keyless entry and go, and massage front seats. Yes, you read that last one right, massaging seats.

Before you go running to the dealership, though, the hitch is in its speed. 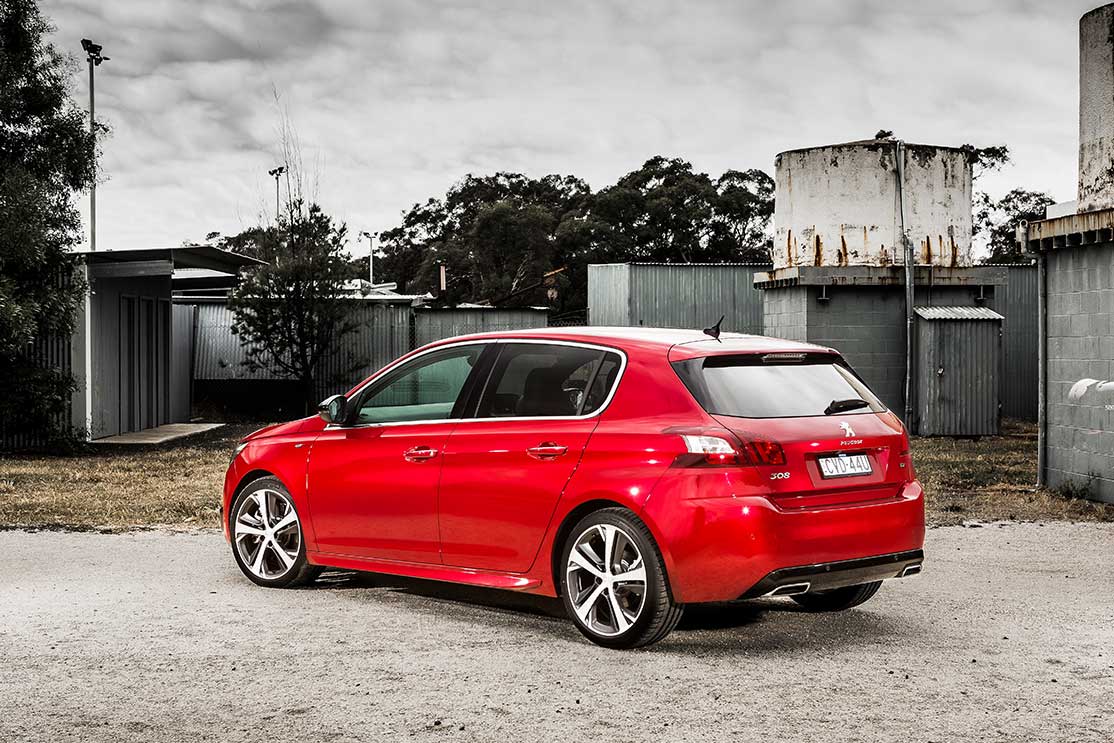 The Volvo V40 has made some sacrifices in the name of economy. So unless you’re looking for a lot of punch from the engine, then this is a bonus.

It does, however, come at a price. And that’s a price tag that sits $8400 above the second most expensive car here. It also has “weight issues” that can’t be cured by any diet, scaling in at the heaviest of the bunch. 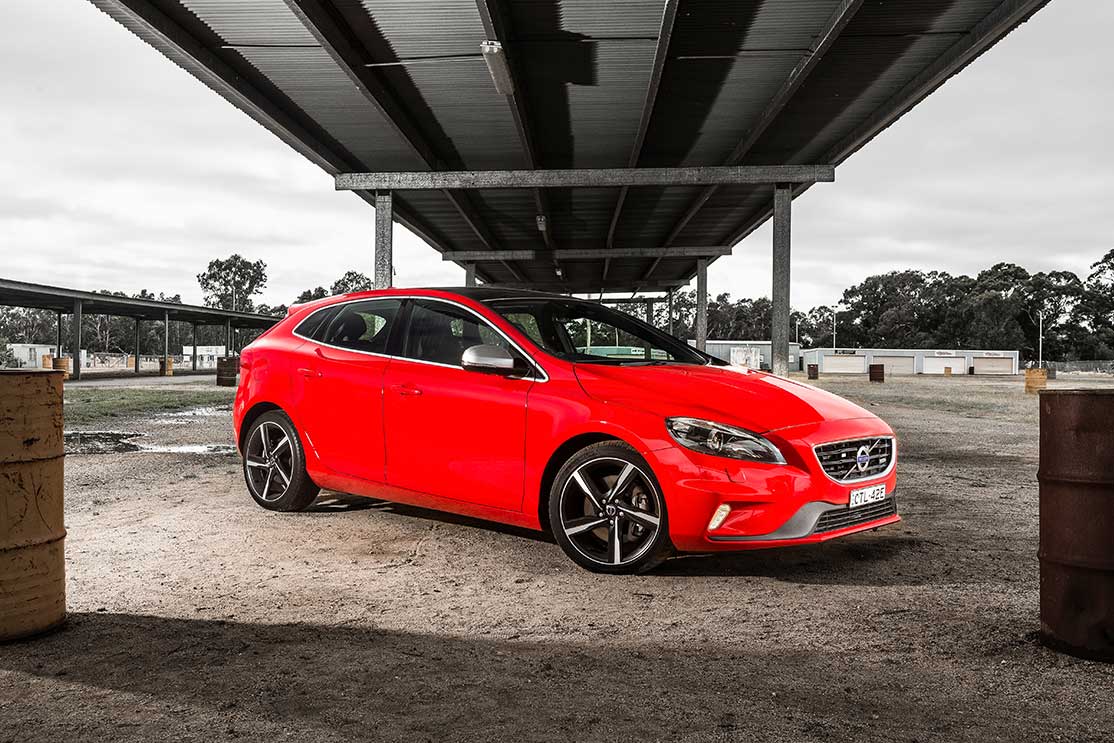 The Golf GTI is the winner of these four hot hatches. It’s the annoying cousin that always spends Christmas bragging about their straight-A report card and can rarely be faulted. The Volvo is a decent car, but from an enthusiast’s perspective it’s not fast or inspiring, yet it’s the most expensive. The Alfa and Peugeot run nose-to-nose in this race, with the 308 taking the checkered flag.

Keep in mind; this is all from the perspective of our performance car-devotee friends at MOTOR. We’re guessing that unless you’re Mark Wahlberg and driving like you’re on an Italian Job trailer (which we don’t recommend), then these cars all definitely have their strengths and weaknesses for the daily grind. As long as you’re willing to fork out a decent amount of hard-earned.

This full comparison was published in MOTOR July 2015.