It's funky newcomer versus trusty old steed in this C-HR versus HR-V showdown. Both front-wheel CVT Autos, but they differ in more than just styling.

The $29K, FWD auto C-HR is pricey for a base baby SUV,but comes genuinely well equipped. Among the standard stuff are AEB, active cruise, lane-departure warning, blind-spot monitoring, reverse cross-traffic alert system, and front and rear parking sensors. There’s nothing you need in the up-spec C-HR Koba (just luxuries you might want). 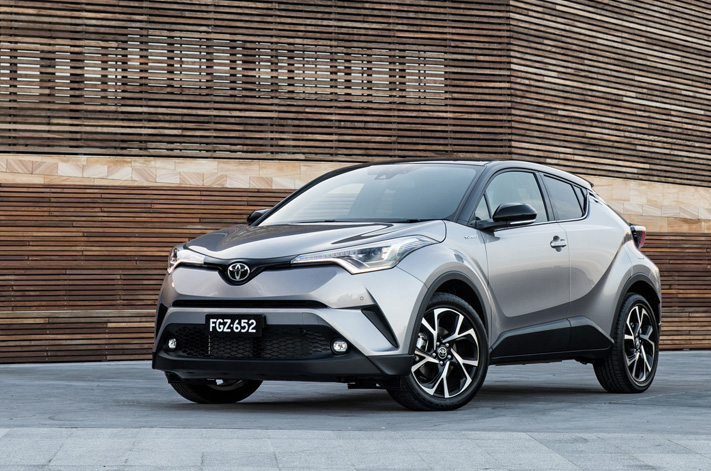 The $25K HR-V VTi’s autobox, tyre deflation warning, multi-angle rear camera and infotainment system with standard sat-nav represent a solid base spec in isolation, yet seem a bit sparse alongside the full-featured C-HR. Front fog lights, rain-sensing wipers, dual zone air-con, and a knee airbag all feature in the Toyota but not here. 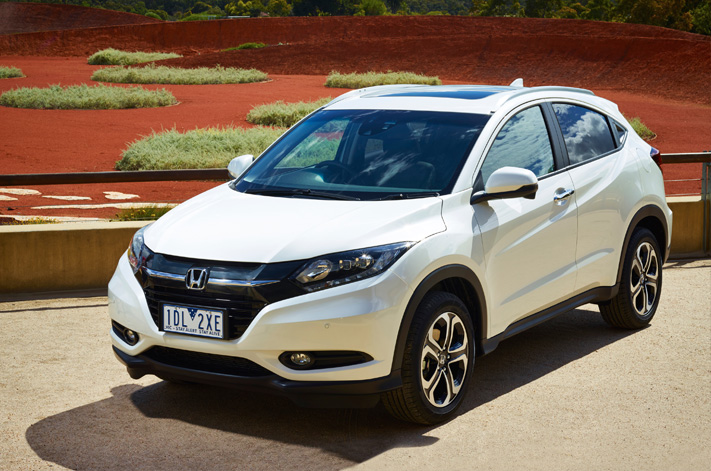 Dash design is neat, though big touchscreen interrupts the flow, while quality is a notch above usual Toyota fare. Low front seats hint at sportiness, and it’s roomy if gloomy in the back because of the upswept C-pillar. The C-HR can’t match the HR-V for luggage space and the loading lip is high, but 377L is still decent for this class. 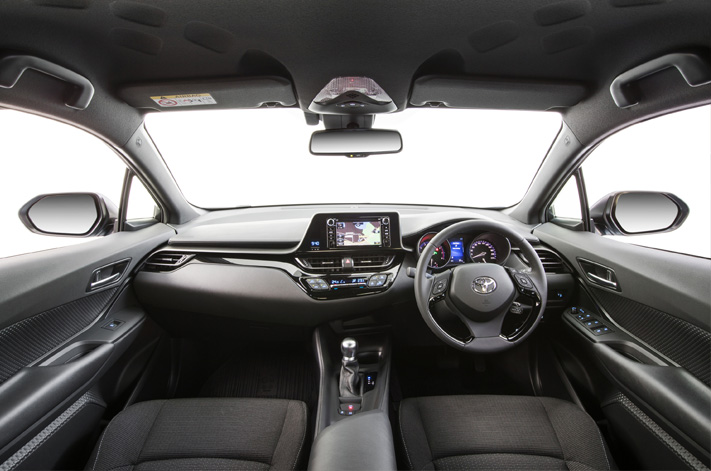 Honda’s materials quality and finish are decent, though HVAC vent placement is unusual. Front passengers seem to sit higher than in C-HR, but still get a high console for a sort-of sporty feel. Rear seat is more accommodating, and Magic function gives the Honda HR-V a versatility edge. Cargo bay is capacious, at 437 litres. 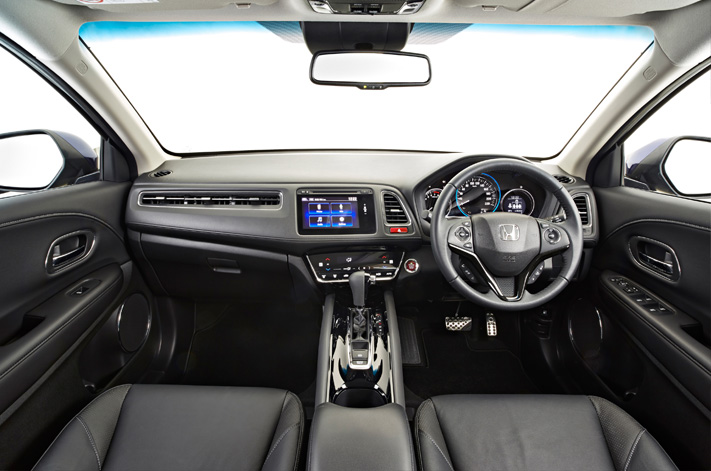 They share basic drive layouts – a CVT auto and front-drive – but diverge under the bonnet. The C-HR’s 85kW/185Nm 1.2-litre turbo petrol four gives it a flexibility advantage for urban ducking and diving. Not that it has much more twist than the Honda, but because peak torque starts at 1500rpm (versus 4300rpm), making it get up and go quicker. 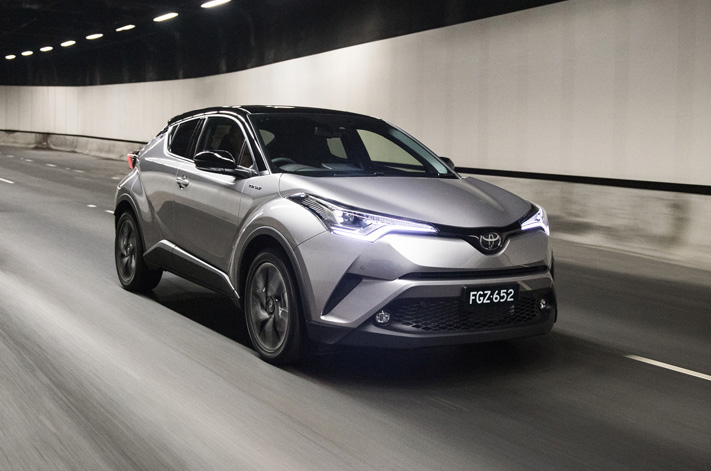 The C-HR, on 17s, handles lumpy roads with a mature sense of absorbency and generally good refinement, the double-A-arm rear suspension helping to keep the rear-end planted. All Toyota needs to do is dial down the coarse surface noise and it’d have a baby soft roader with luxury to belie its price and positioning. 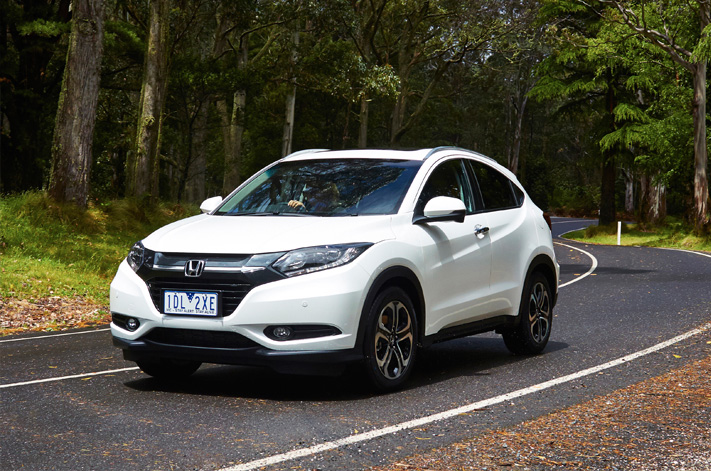 The HR-V, on 16s, and suspended on front struts but a less sophisticated torsion beam rear end, is taut, yet fails to nail absorbency or control, resulting in an often unsettled ride. Like the Toyota, it can get a bit loud on less-than-smooth surfaces, but elsewhere occupants are well isolated from wind and engine noise.

Better sorted springing and damping (and the superior rear suspension) sees the Toyota deliver enjoyable handling to match the alert steering and the SUV-coupe promise. A sport mode, which is accessed via the central screen, weights up the steering and, as such systems go, delivers a pretty well-judged serving of meat. 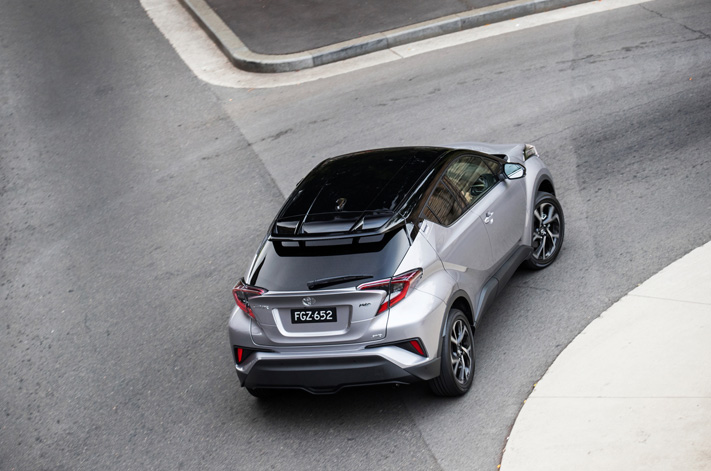 The HR-V’s steering is flaccid at the straight ahead, and never delivers a strong sense of connection, but it’s light and smooth and answers most questions asked of it in the ’burbs. Demand more – particularly on an undulating or tight road – and the chassis’ lack of discipline and precision leaves the HR-V as an okay handler, not a great one.

In the lead up to the C-HR’s launch, you may have imagined this test as a meeting of the mild; the Honda not quite on the ball, and the Toyota with a whiff of cynicism about it. But Mr T has delivered a concept-car inspired little SUV that delivers appeal, ability and surprising value. 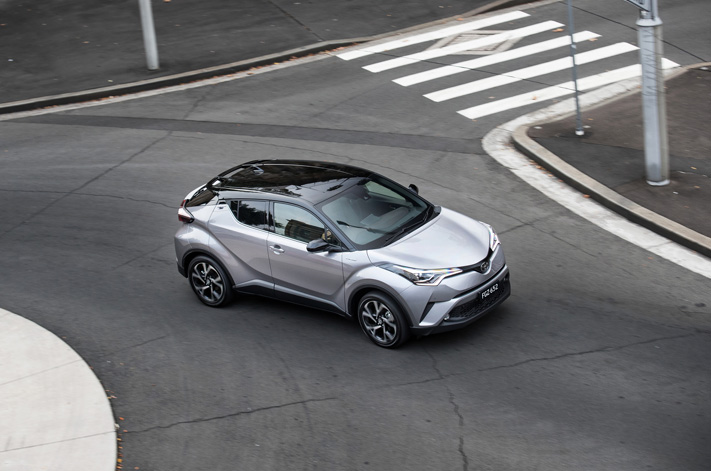 The HR-V, meanwhile, still stacks up as a reasonably good drive, and is perhaps the most usefully packaged in this class.

We like the C-HR for its extra safety and convenience equipment, turbo engine, ride/handling mix, and style. The Honda costs less, gets most basics right, and provides enviable cargo flexibility and space. It really depends on whether the ‘S’ or the ‘U’ takes precedence in your SUV quest, but here the C-HR’s style and dynamics see it ride high.