Volvo is something of a latecomer to the small SUV segment, with the bulk of its European rivals already winning over plenty of customers with the likes of the BMW X1, Audi Q3 and Mercedes-Benz GLA.

But the Swedish automaker hasn’t been sitting on its hands. Now that larger Volvos like the XC90, XC60 and S90/V90 have hit the market, the carmaker has finally been able to devote attention to its first-ever compact SUV, the Volvo XC40.

Built on an all-new architecture and housing an interior that prioritises utility and liveability, the XC40 will arrive in Australia in April 2018 in D4 diesel AWD trim, followed soon after by the T5 petrol AWD. Lower-spec front-wheel drive variants will follow in late 2018, while plug-in hybrid and purely electric versions may also find their way to Australia later. Local pricing has yet to be announced.

We travelled to Barcelona, Spain to get our first taste of the XC40 in D4 and T5 guise, and initial impressions indicate that Volvo’s first effort at an entry-level SUV has strong appeal – and may even have what it takes to be a class leader. 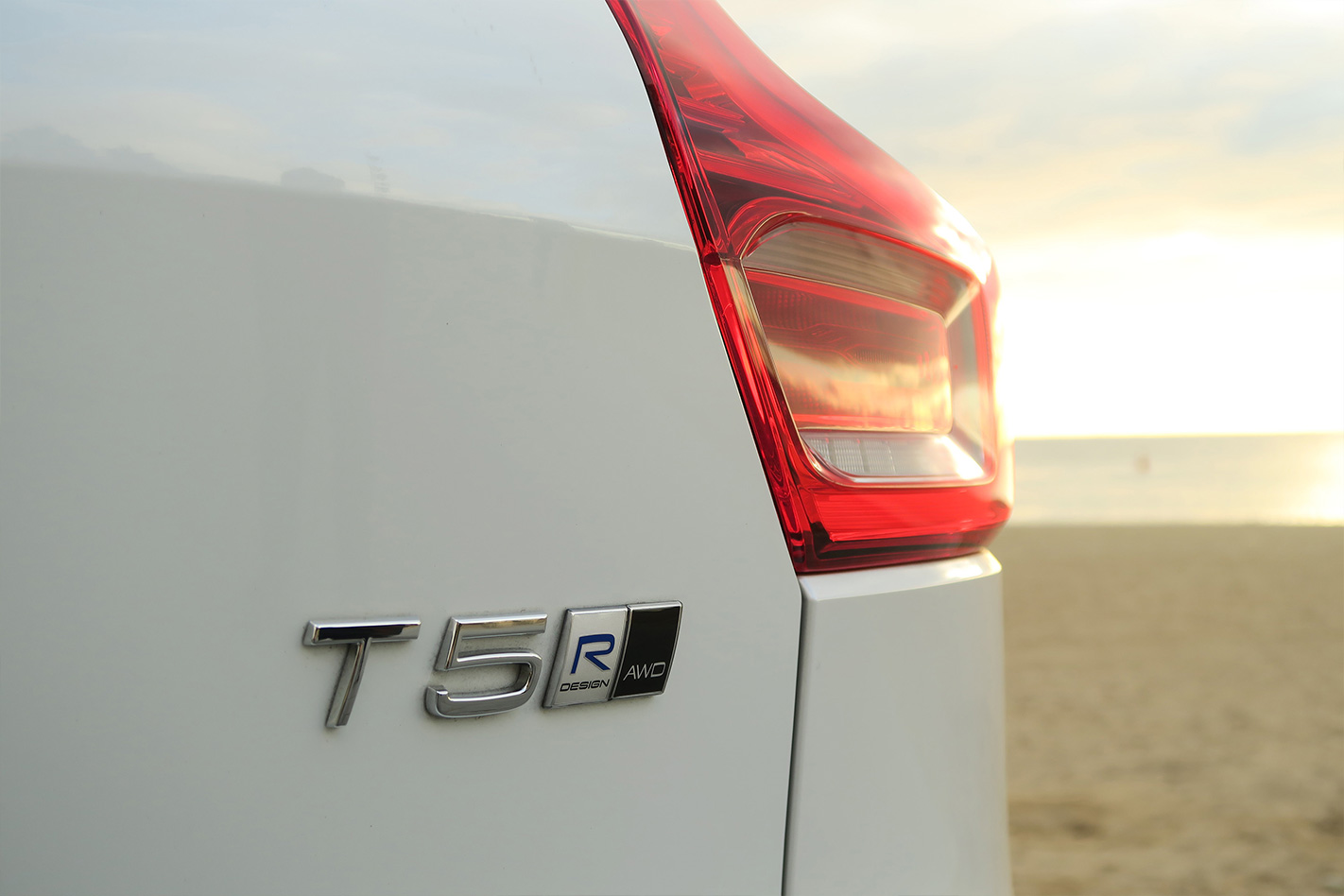 Volvo’s designers were tasked with making the XC40 one of the most versatile and usable small SUVs, and a quick glance at its interior shows that they hit the mark. The cabin is peppered with thoughtful features like huge door bins that can swallow a full-size laptop bag, a removable rubbish bin in the (very deep) centre console and a flip-out handbag hook on the glovebox lid. If you like keeping your life organised, the XC40 will likely resonate with you.

Design and quality were other guiding principles behind the XC40’s interior, and while there are plenty of elements shared with Volvo’s larger vehicles, the XC40’s cabin treatment isn’t a shrunken version of its bigger siblings. A low-set centre console lifts up into a wide dash that’s bisected by a thick alloy or wood trim strip, with tall vents bookending the whole assembly. The door bins are lined in industrial felt made of recycled PET bottles, and the leather upholstery is finely stitched. The switchgear feels appropriately premium too. 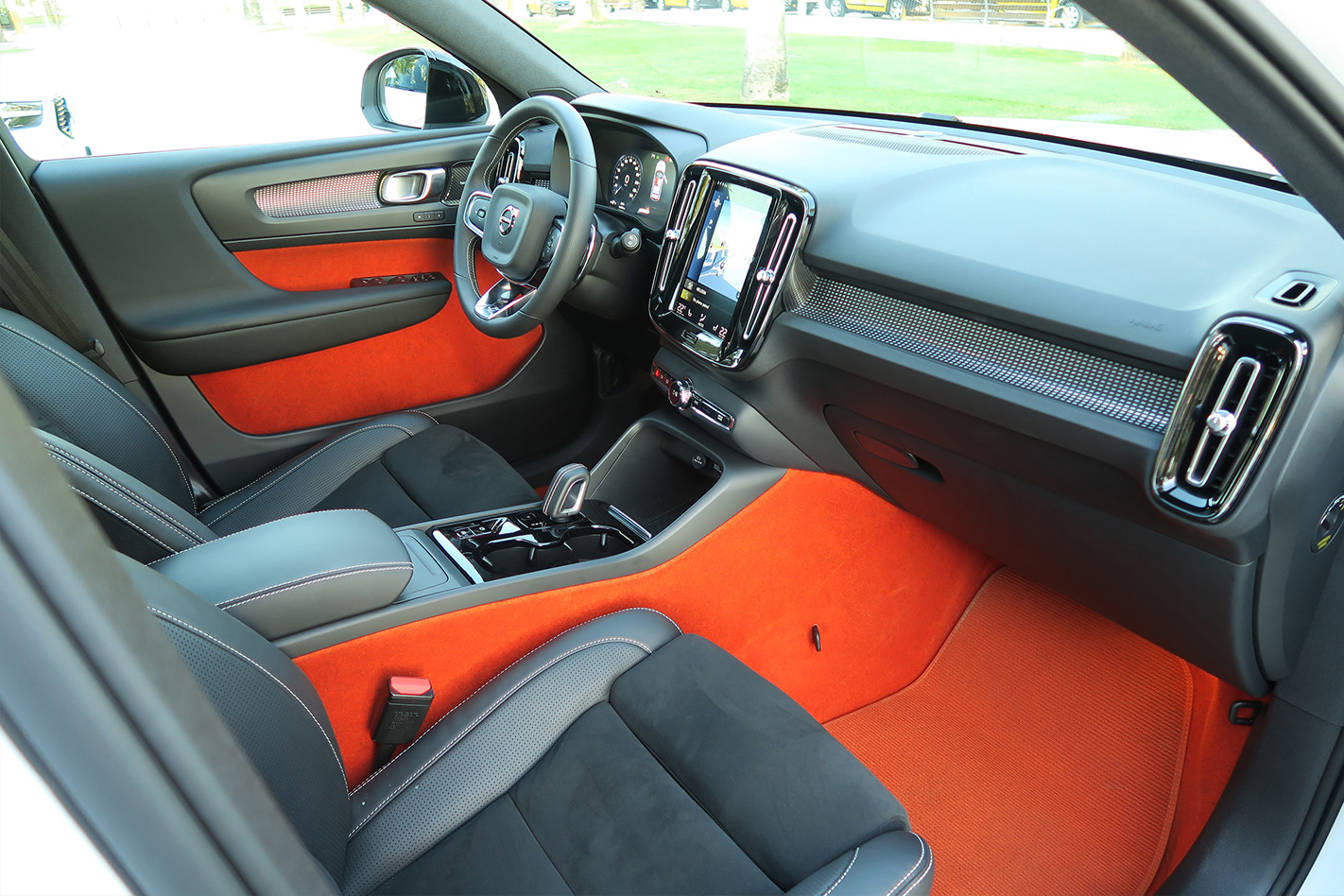 There’s plenty of technological innovation in the XC40, with a standard 12-inch screen replacing conventional instruments, a wireless charging pad being integrated into the centre console and a unique front audio setup that replaces conventional door speakers with a single big speaker deep inside the dash piping sound through the front air vents. In addition to that, there’s advanced safety tech like autonomous emergency braking an piloted drive functions that actively keeps the car within its lane for short periods of time when cruising highways.

At 4425mm long, the XC40 takes up a similar amount of garage space as the BMW X1 and Mercedes-Benz GLA. However, its 1652mm height sees it loom over the two Germans, and interior space is generous as a result. Tall and upgright seating positions give passengers a comfortable posture and afford the driver a great view of the road ahead, while headroom is plentiful even when the panoramic glass sunroof is optioned.

Though its 460 litre seats-up boot volume trails the GLA and X1 for outright cubic capacity, some clever features allow the XC40 to make the most of its available space. The boot floor can fold up and lock into a vertical position, revealing a deeper section in the rear half that can easily take smaller pot plants or other outsize cargo, while also creating a smaller compartment in the front half. Two extra bag hooks also appear when the floor is folded (for a total of four), further enhancing its day-to-day utility, while the rear seatbacks can be released via boot-mounted buttons to unlock a full 1336 litre cargo space. 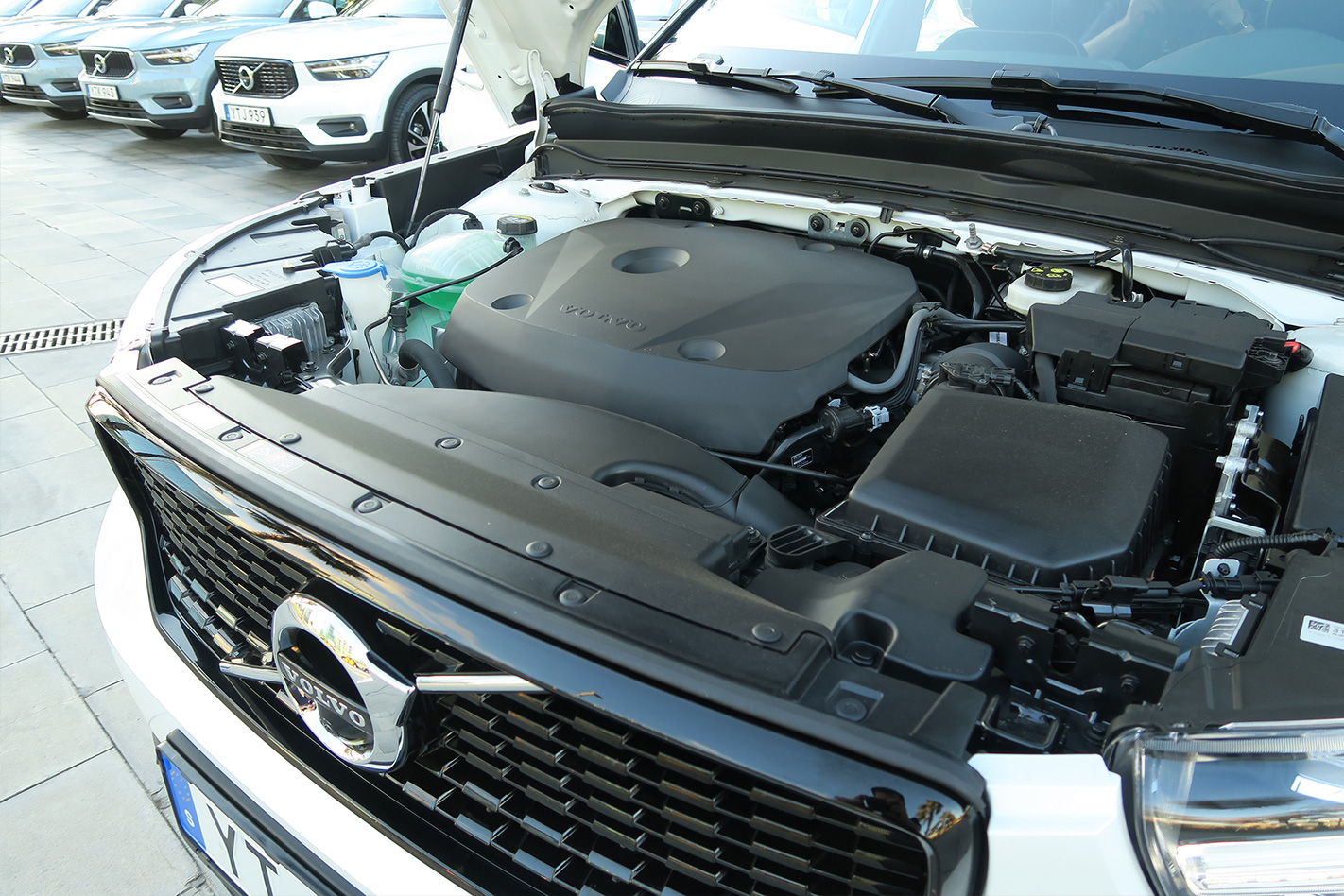 The XC40’s T5 petrol engine is especially likeable. Delivering 182kW of peak power and a stout 350Nm torque figure, it has enough go to give the XC40 a 6.5-second 0-100km/h sprint time – making it about as fast as a front-drive hot hatch. With all of its peak torque figure accessible from 1800rpm to 4800rpm it’s exceptionally flexible too, and is a relaxed performer in everyday driving.

The XC40 has a composed and comfortable ride, even on optional 20-inch alloys. The smooth Spanish highways that made up the bulk of the launch route didn’t provide many challenges for the suspension to deal with, but twistier sections revealed a chassis that’s agile, grippy and difficult to unsettle.

The D4 diesel engine doesn’t feel as muscular as its140kW/400Nm outputs suggest. It is, however, very quiet and refined with barely any diesel clatter.

While the big C-pillar does have an impact on over-the-shoulder vision, thanks to large wing mirrors it’s not as intrusive as you may think. A bigger issue is whether young kids and smaller adults will have a decent view through the rear windows, thanks to the sharp up-kick of the shoulder line. 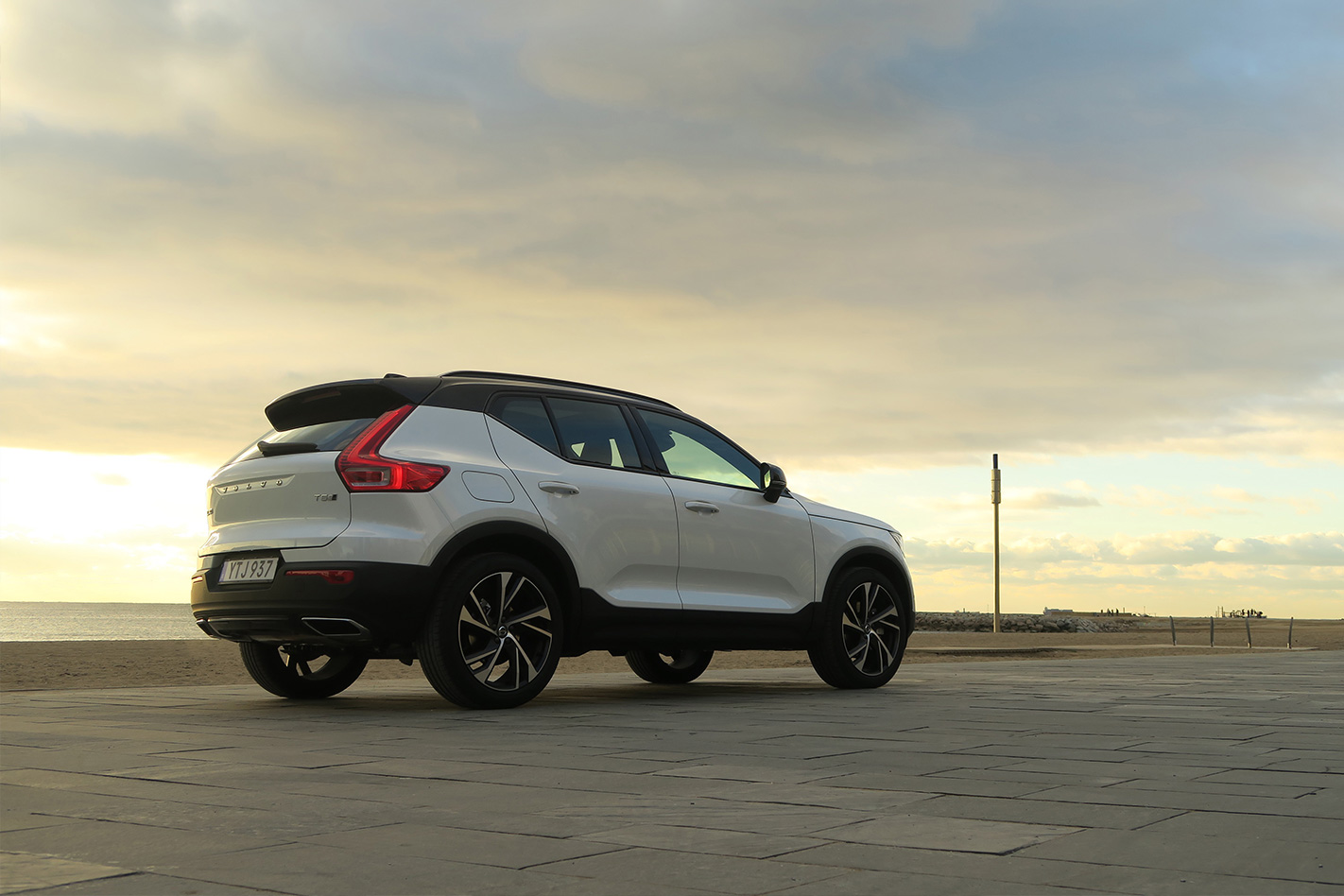 The gear selector needs to be double-tapped to go from Drive to Reverse (rather than a single fluid movement), which can take some getting used to. Many drivers will likely endure some unnecessary revving in Neutral before they come to grips with that particular quirk.

A slightly over-sensitive throttle calibration sees the T4 variant a little too keen to kick down into lower gears when accelerating, rather than just using its generous low-end torque. When it does drop into a lower gear, the transmission shift can feel abrupt and aggressive, which takes some of the sheen off what is otherwise an exceptionally refined car. 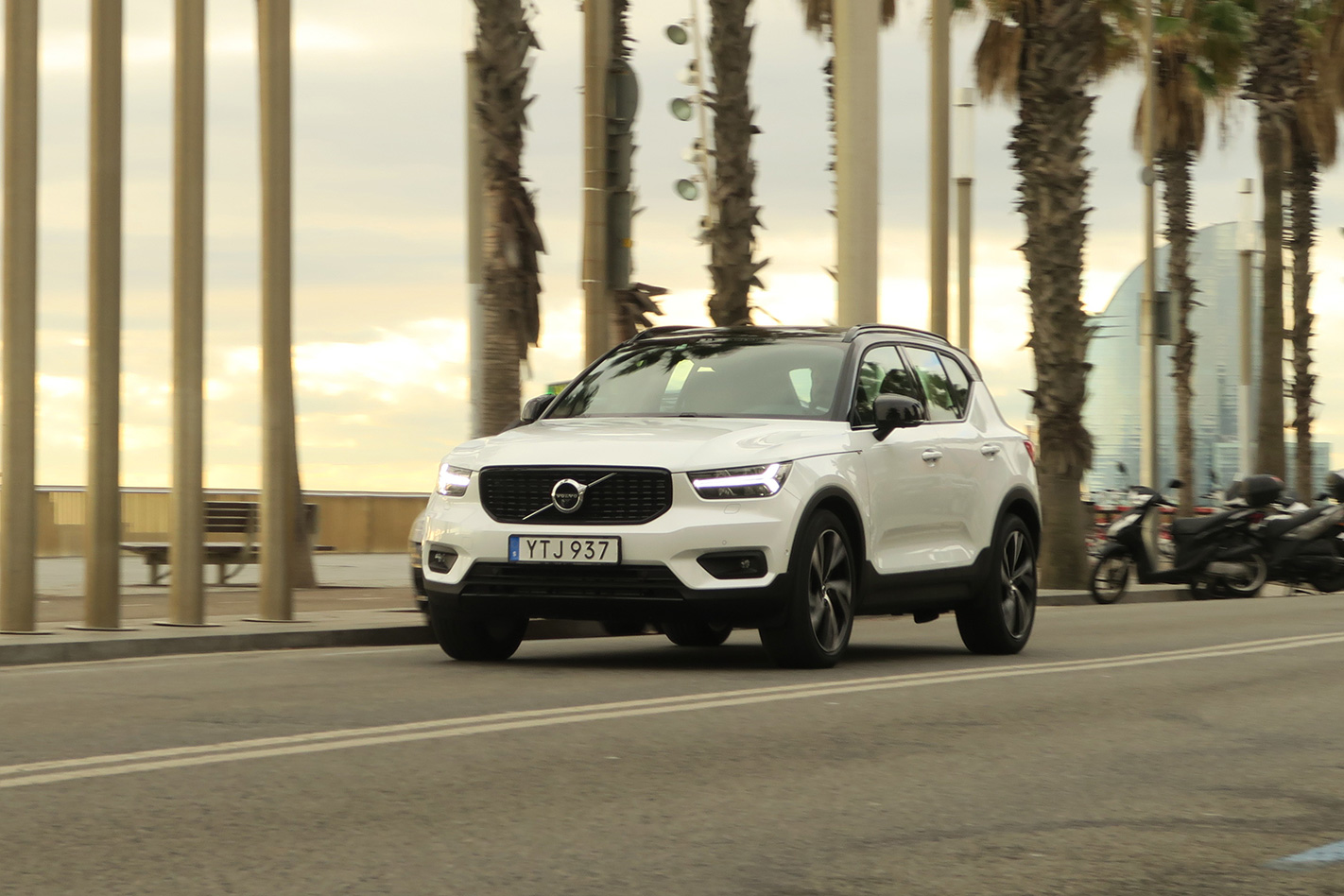 ARE THERE ANY OTHER CARS I SHOULD CONSIDER?

Similarly-sized rivals include the BMW X1, Mercedes-Benz GLA-Class and Audi Q3. The Volvo XC40 is expected to be priced beneath these competitors when equipped to a similar level. 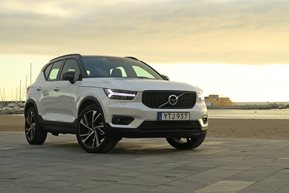