Last year, we asked you to vote for the most stylish cars under $100,000. We’ve tallied up the votes and here are your top four finalists.

At the 2017 Australian Motoring Awards, set to happen on February 1, 2017, the second annual WhichCar Style Award will be presented to one of the below four stylish rides. Last year, it was the arresting Alfa Romeo 4C, a statement-making piece that the judges referred to as “automotive art”, which took home the gong. This year, which of the four stylish rides below, as voted by you, will stand up on it’s own and get our judges’ hearts racing? There can only be one…

Looking at design innovation, functional ergonomics, stand-out features, value for money and target market, the WhichCar Style Award judges, who are some of the leading voices in design, fashion and lifestyle in Australia have a strict criteria on which to judge each car, being careful not to rate the vehicles against each other. To say they have their work cut out for them is to put it lightly… 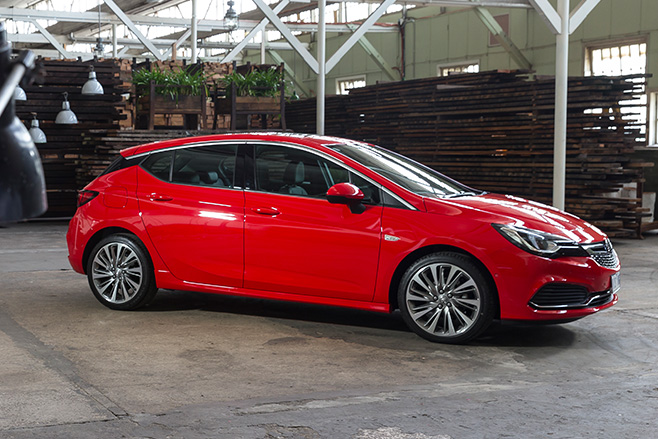 “The new Astra is a really new car for Holden,” said automotive designer Paul Beranger of Holden’s new European-designed small car; as agile-looking as it is sculptural, and designed under the watchful eye of Opel/Vauxhall. “It’s a youthful car that’s breaking new ground in terms of the style and finesse of the design.” Beranger loved the simplicity of the surface design of the small car, particularly the small accents, such as the small rear window area and the cabin. “The interior design, particularly, I felt was a good balance for the exterior… it was of a very high standard in that class.” 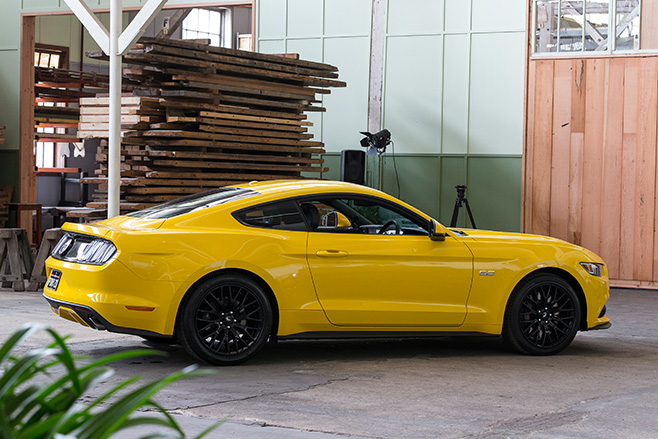 Our judges were all very impressed with Ford’s ice-cold, scorching-hot Mustang, a distinct homage to the iconic fastbacks of Mustangs-past. Sexy, bold and bad, with a design that taps into the emotions. “It really gets the man-juices flowing,” joked Men’s Style Editor Michael Pickering. “You just look at this car and you want to jump in and drive it fast. That is exactly the appeal of a mustang, the long bonnet, the retro styling… just the whole look of it.” Real Living Editor, Emma Vidgen agrees, “When I approached it from the outside I thought it made a very bold statement,” she said. “But it wasn’t until I got inside and had a really good look around the interior and saw all the nods to the brand heritage. It just has a really cool vibe.” 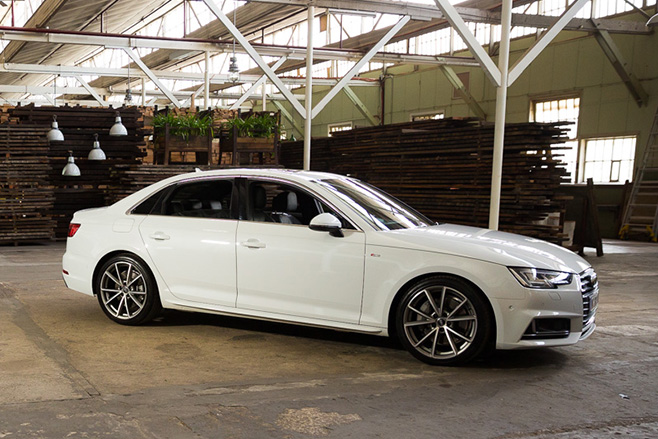 When it comes to luxury and innovation, the Germans certainly know what they’re doing. Case-in-point: the Audi A4, a mid-sized sedan that oozes sophistication and an interior with delicate detailing. “I love the Audi A4,” says BELLE Editor Tanya Buchanan. “I love its elegant, chic lines. You sit in it and it’s just luxurious; it exudes quiet luxury.”
“There’s lots of nice little detailing everywhere,” noted Pickering. “The inside and the outside work together perfectly. There doesn’t feel like there’s anything wasted or extraneous or weird about it. It just all fits together.” 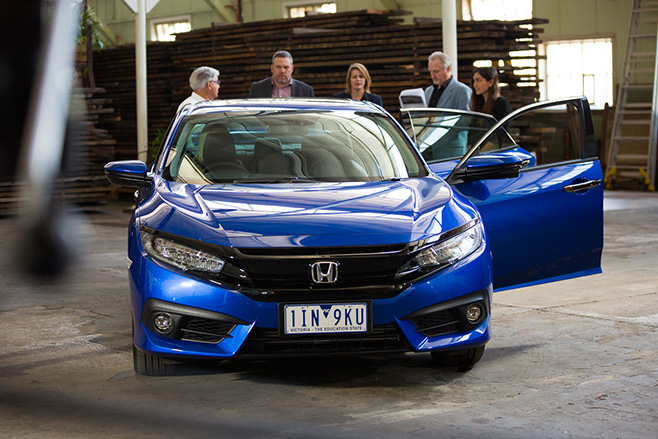 Honda has a hard and fast heritage, rooted in racing. So it comes as no surprise that the Japanese company’s aesthetic is sharp and sporty. Of course, the brand-new Honda Civic slides right under this banner. It’s sharp, sleek, and, as our judges found out, surprisingly bigger than previous Civics. “I really liked the Civic,” mused Pickering. “It’s got side-lights that are interesting and the front design is a lot more aggressive and more pointed than ever before. I was really impressed by it.”
“It’s almost got a cartoonish quality to it, there’s a lot going on on every single panel,” said ELLE Editor, Justine Cullen. “But inside I loved it and thought it has so many great little creature comforts, all the functionality you need in a car in quite a beautiful streamlined way.”

Will the Mustang’s bravado be enough for it to win over the speedy-looking Honda Civic? Or is the Astra’s European redesign enough to hold up against the luxurious A4? These are four of Australia’s most stylish cars, but there can only be one winner…

The WhichCar Style Award will be announced at the Australian Motoring Awards on February 1, 2017.