WhichCar is in the running for the 2020 International Motor Film Awards Best Journalist Film for the Lamborghini Urus review that featured as part of WhichCar TV series season two on Channel 10.

The annual event recognises the world’s best automotive cinema and television with a range of awards that cover 15 categories, including the award for automotive journalism.

WhichCar goes up against seven other nominees from production companies from around the world, including former Top Gear presenter Rory Reid and former Fifth Gear presenter and racing driver Tiff Needell.

The 2020 winners will be announced at the IMFA presentation night in London on November 30.

I feel I need to start with an admission - Contrary to what was implied, the Urus that features in this WhichCar TV segment was not the first Lamborghini I have driven. Nor, if I’m being completely honest, is it the first yellow one. But it’s no word of a lie that the Urus is the most significant model in the Italian car maker’s history and my apprehensiveness was no act. 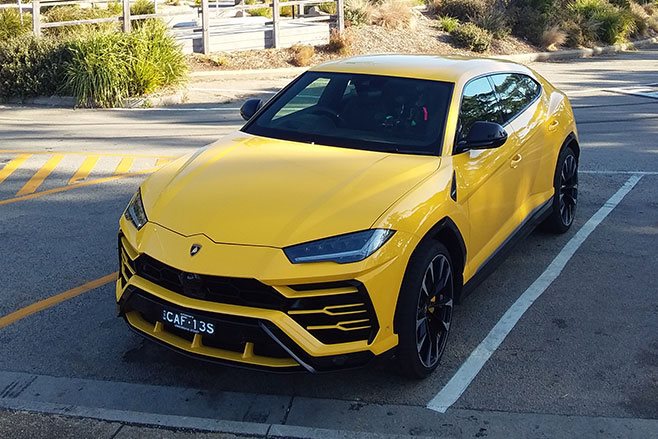 Turns out, I needn’t have been worried because Lamborghini’s SUV foray is a total blinder. Director Sean and I took possibly the most inconspicuous high-rider I’ve ever driven for a blast down Victoria’s Mornington Peninsula in search of great driving roads and the right audience.

The latter we found in Sorrento where you’ll also find a disproportionate number of other very expensive SUVs, and it was fascinating to sit back and watch the locals react to our star of the show.

Looking only out of place due to its rarity, the Sorrento community gave the Urus a warm welcome. One guy in a BMW X5 even bombed our shot announcing “Lambo baby” as he passed, but perhaps the phrase we heard most that day was “Congratulations Mrs Nassif”. A quick internet search will reveal exactly what that means if you don’t know already. 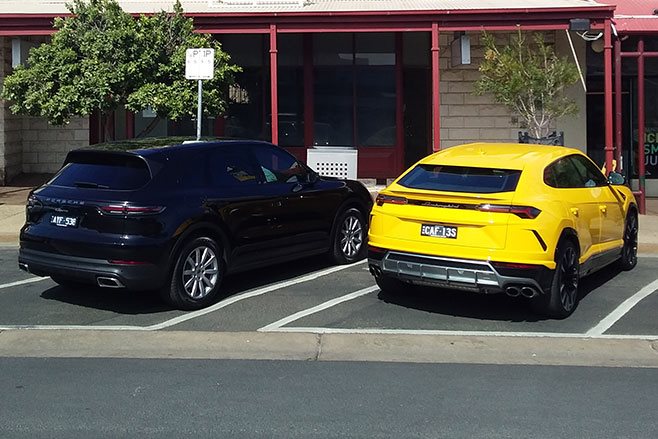 The shoot actually took place in April 2019, which was unfortunately too late to make the first season of WhichCar but meant we got lucky with some idyllic Autumn weather, showcasing this lovely part of Victoria at its absolute best. At the time, the Urus was one of the very first on Australian roads, adding to the number of people that craned their necks to get a good look as the bright yellow SUV passed.

Dynamic shots were provided by the well-known Arthur’s Seat - a short winding ribbon of a road that climbs from Dromana up to some spectacular views as well as the famous cable car at the summit. Here too the Urus received lots of attention and many positive responses.

While the Urus was definitely the star of the feature there was one other vehicle that somewhat made my day and you get a glimpse of it in the very last frame. You don’t see many examples of the Suzuki Mighty Boy on the road these days, but the one that makes a cameo at the conclusion of the segment is a bit special. 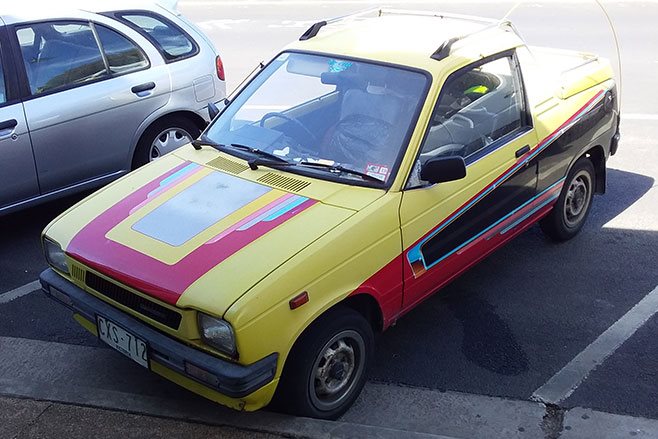 Not only is it still owned by the same family that bought it new, it still wears the incredible 1980s lurid striping that was applied by the dealer when it was new. And we’re not talking some slaphappy wrap. The stripes it wears were hand-painted by a professional pinstriper and are still bright and vibrant to this day.

We also met another unusually decorated car on our travels but this time it was something else from the Sant’Agata stable - a Huracan Spyder. In the custody of Troy of Eye Candy Motorsport, the drop-top supercar provides a good illustration of just how big the Urus is when parked next to the smallest model in the current line-up. 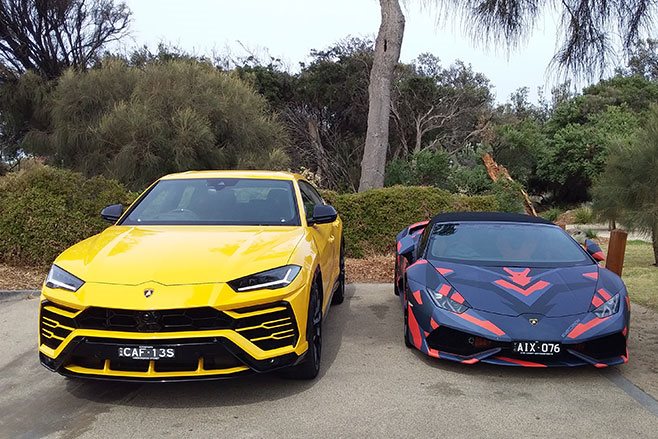 The only other significant location was the set for the lovely moody dark shots that focus on some of the Urus’ details at the start of the segment. To get the results we had to fill my basement car park with lights and equipment, which got some funny looks from the neighbours.

Most importantly though, I’m very happy to report the Urus was not a disappointment. Quite the opposite in fact. It’s certainly nothing like any other model I’ve driven with the same badge, but it certainly does deserve its place in the coveted line-up and, with the help of a few Sorrento locals, it’s already the company’s best seller.

If you haven’t already watched the Urus feature on Channel 10, have a click on it above and enjoy the results of an action-packed and memorable day. 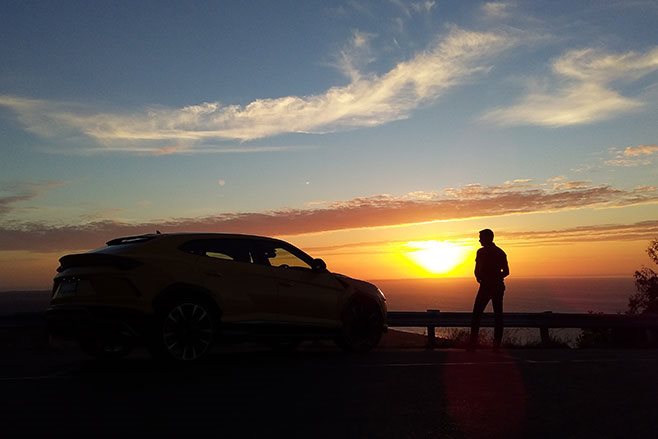 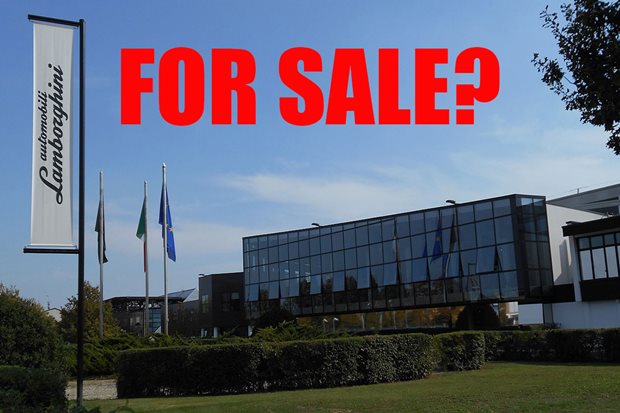 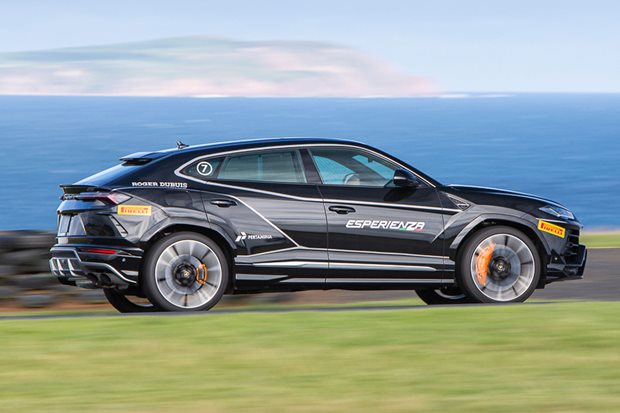 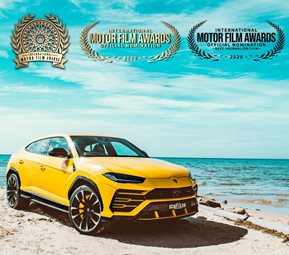