The making of each segment for this series of WhichCar TV has been memorable in some way. Sometimes it’s because the car we were focusing on was exceptional, other times it was because the location left an indelible image in our minds, and sometimes it was the unexpected adventure that unfolded before us.

But when we shot the Nissan Navara N-Trek Warrior feature in December last year, it delivered all three.

For a start, the machine that I was meeting made some big promises. For the transformation, Nissan had given its Navara one-tonne to Premcar - a Melbourne-based automotive engineering specialist with a glittering portfolio. 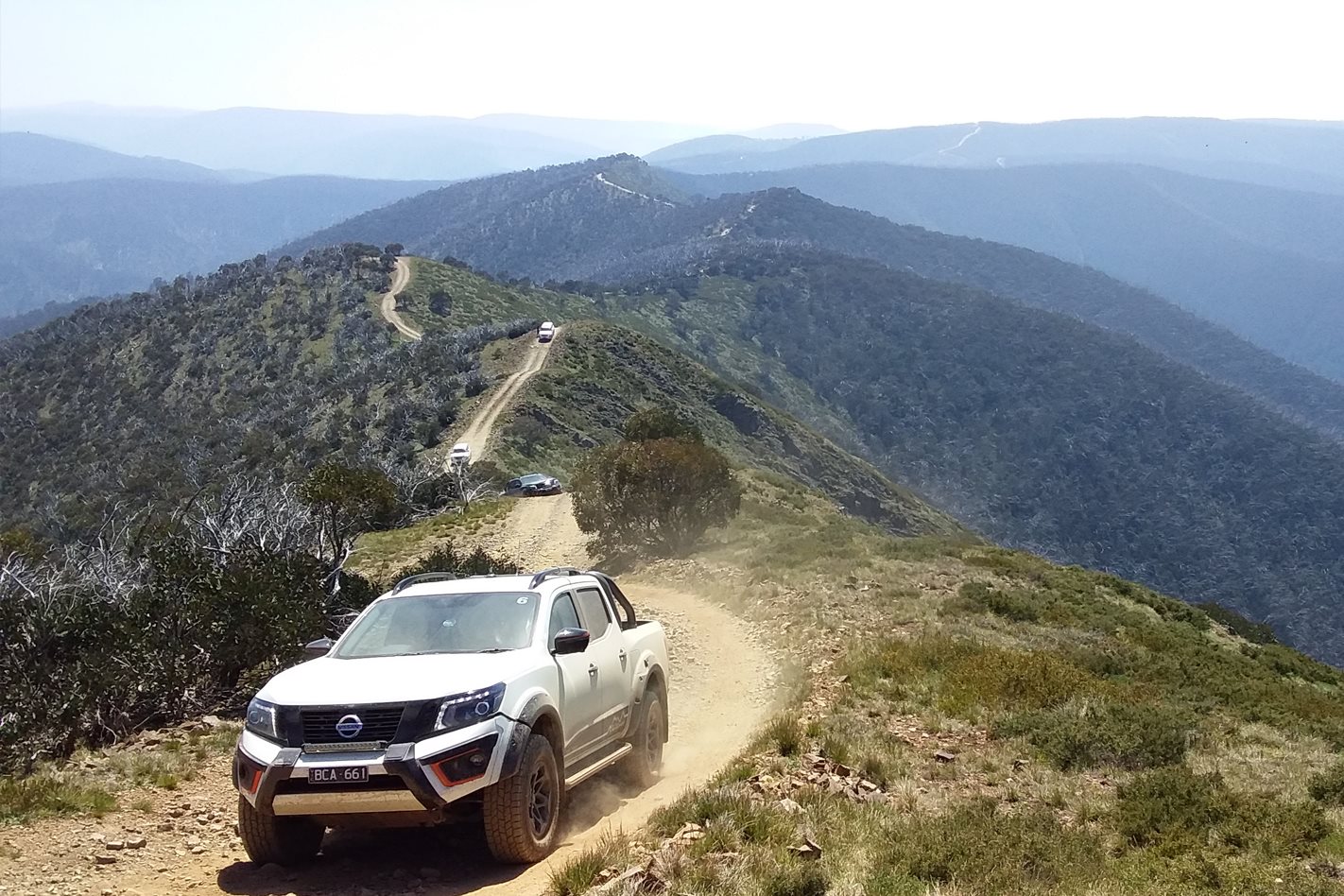 And this was no sticker-pack and chunky tyre tease because the Warrior shone from the start with manners and ability, unlike any Navara before it.

Then there was the location. The Victorian High Country is known and revered among 4x4 enthusiasts for its incredible views and challenging tracks, but the jewel in that crown would have to be the Blue Rag Range Track.

Splitting off the road not far from Mount Hotham’s summit, this rocky ribbon offers some of the most incredible panoramas of Australian country you can see without using a plane. Actually, we did that too. 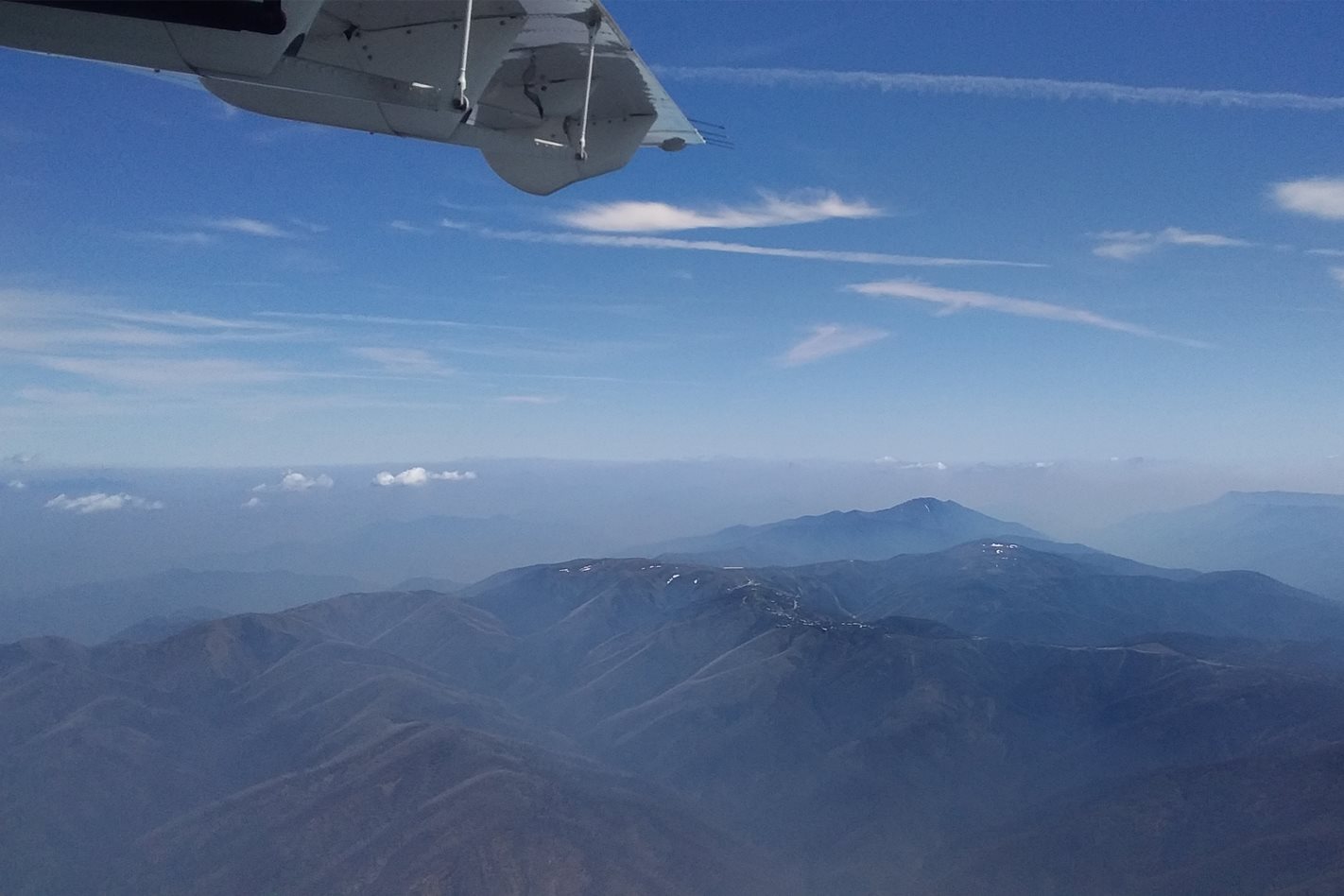 Rather than endure the five-hour drive out from Melbourne, we conveniently dropped in via the Hotham Airport just outside Dinner Plain and the views as we arrived were both beautiful and revealed the stunning countryside we were about to tackle.

Ominously, smoke from the terrible bush fires hung in the air and we were on red alert if the weather and conditions worsened but, thankfully, the disaster didn’t encroach on this particular event.

Read next: Here’s how the Warrior fared at 4x4 of the year

The Blue Rag Range track is not just a four-wheel-drive enthusiast’s dream, it’s pretty good for a camera crew too.

The light was amazing and at every point along its blade-like route, we could point the lens in any direction and capture stunning shots. 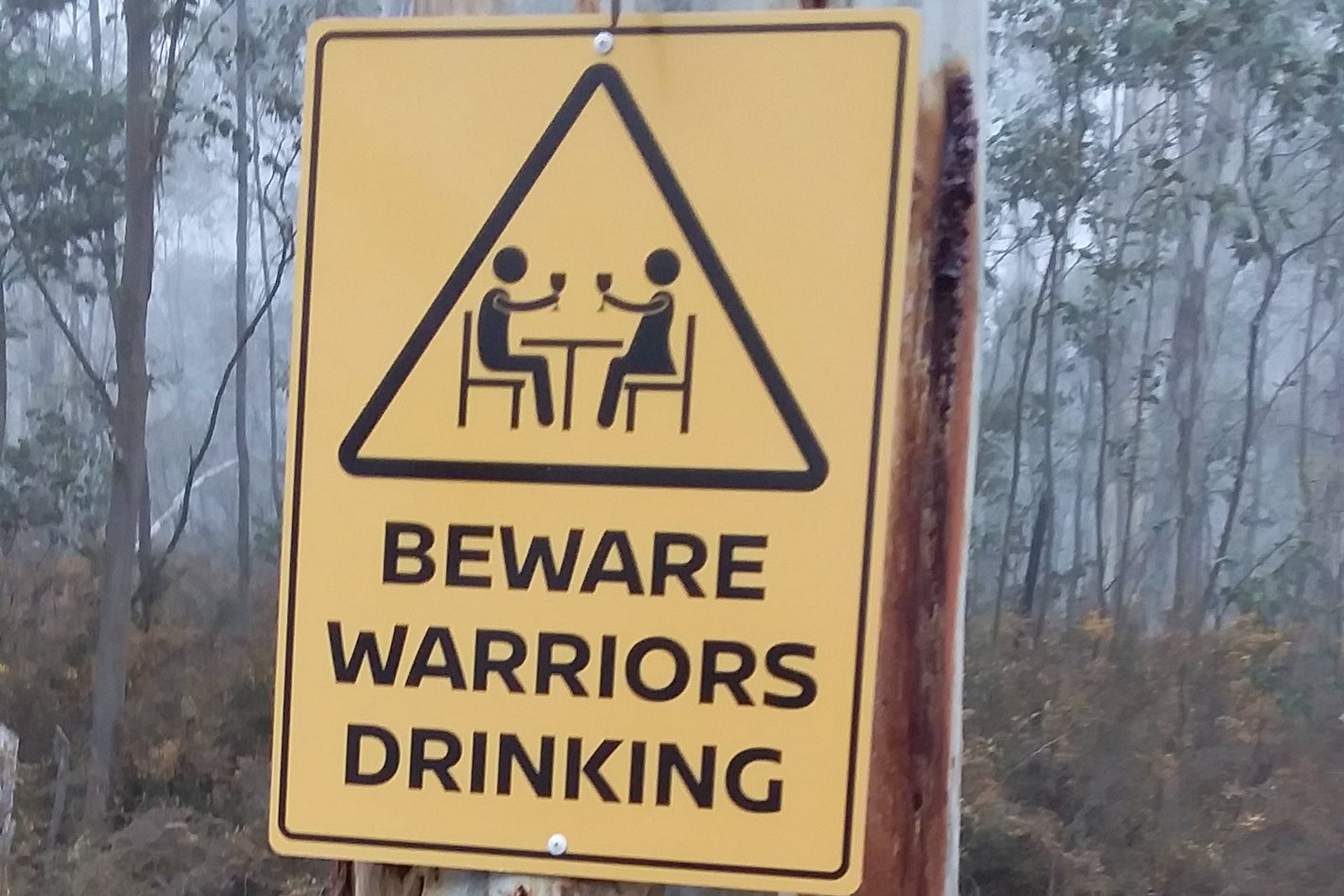 Timing is everything though. The trails are closed in the winter and largely covered in snow, bush fires nearly scratched them from our shoot, and the weather can change by the minute, so the chances of actually grabbing the scenery as we did are slim.

As you can see from the concluding scene, the weather decided to roll in unexpectedly and blanket the mountains in thick cloud.

This burnt-out forest was incredibly eerie with the blackened trunks peering through the thick fog and the Warrior’s headlights spearing white beams through it. 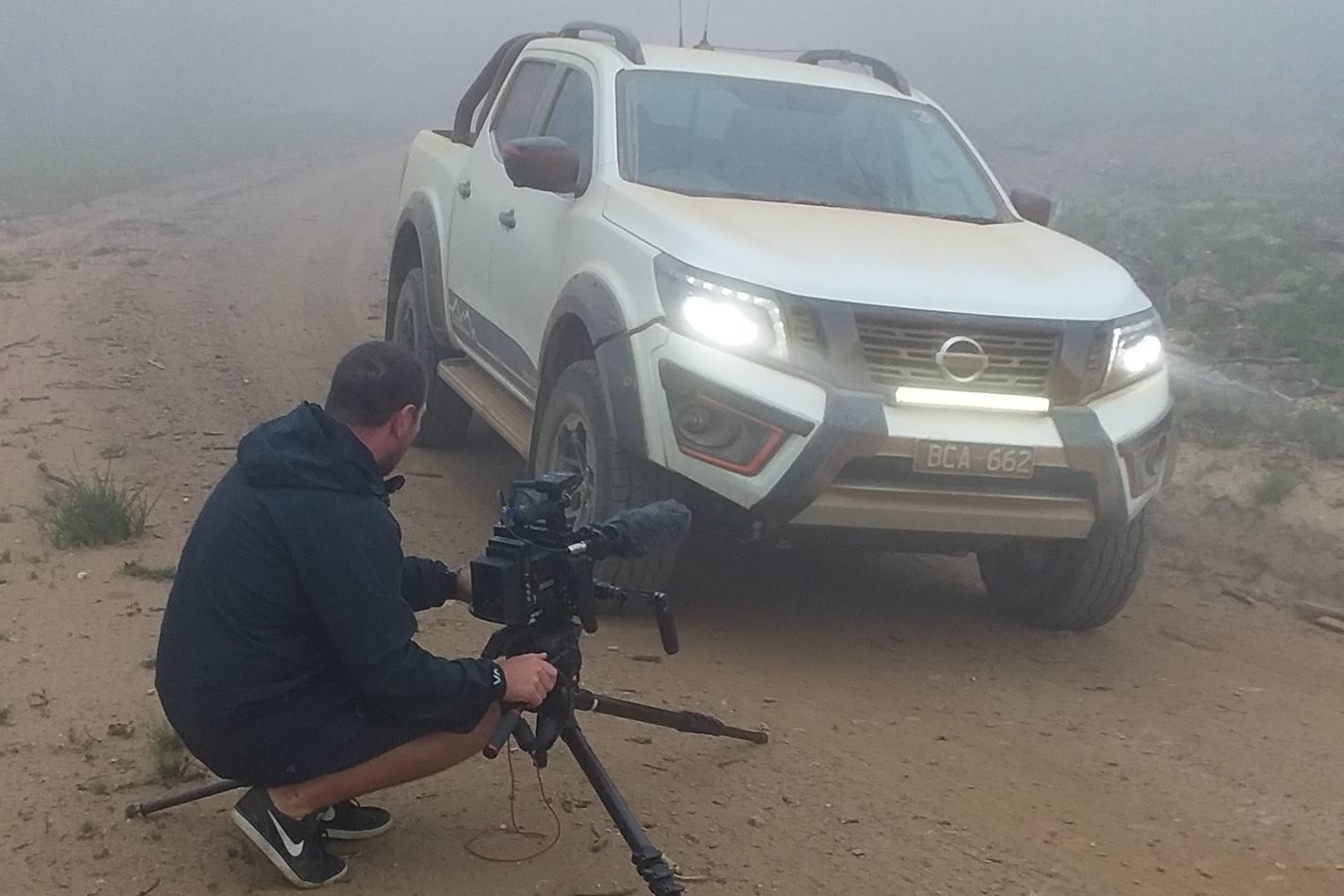 At the track’s highest point, a trig point marks the altitude at more than 1600 metres and a radar reflector that pinpoints the summit for passing aircraft has been completely veneered with stickers from previous visitors.

In fact, all along this magical trail, there are subtle signs of other adventurers that came before us, whether it’s a fallen tree expertly dissected and hauled out of the way, or a campfire extinguished but remade for the next visitor. 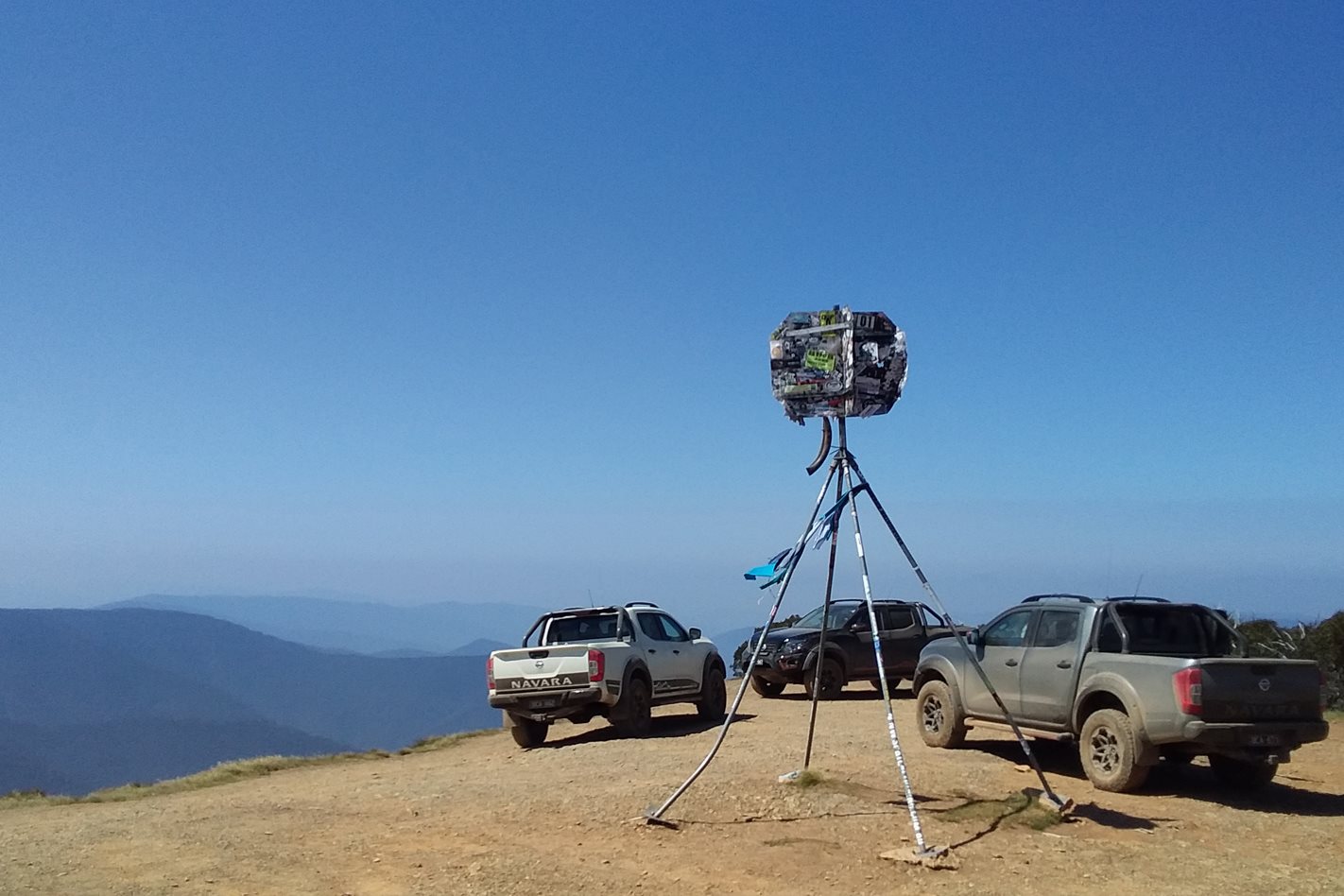 And if you look much further back to the gold rush, the history of this part of Australia becomes more bleak and grizzly. Armed with Nissan’s Warrior though, I managed to tackle this punishing trail with ease and comfort, even.

Victoria’s high country is as rugged and unforgiving as it is beautiful. Lucky we went into battle with the right team.