It’s clear this A4 generation is the best Audi ever sold in Australia, but can it top the final six?

It’s clear this A4 generation is the best Audi ever sold in Australia, but can it top the final six?

THE PHRASE ‘always the bridesmaid and never the bride’ could have been tailor-made for the Audi A4.

Around in one form or another for over four decades and eight iterations, the premium medium from Ingolstadt has long lived in the critical and commercial shadows cast by its cutthroat compatriots, the BMW 3 Series and Mercedes-Benz C-Class.

For today’s B9 generation, it was as if all stops were pulled out. Old bugbears like uncompetitive pricing, poor spec, meagre base-model performance, bone-jarring ride, nose-heavy handling, corrupted steering and poor rear-seat packaging are now things of the past. 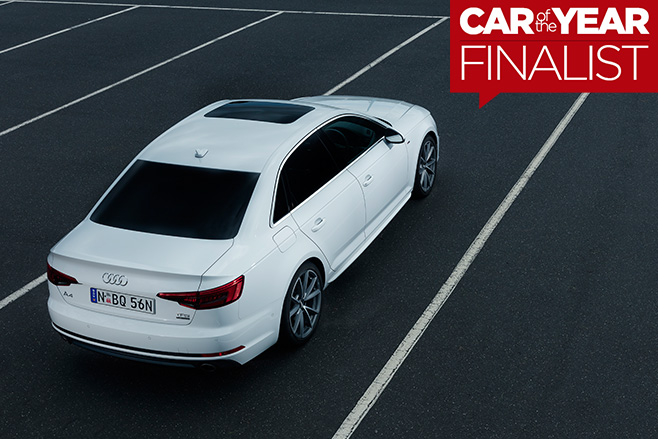 Despite a design that nobody will be able to pick as new, the B9 A4’s styling is arrestingly elegant and nuanced, with fantastic attention to detail if you’re willing to take the time. In an age of overly fussy styling, the Audi’s restrained beauty is a luxury in itself.

Around 65kg lighter despite being longer and wider than before, the B9 rides on the same aluminium- and magnesium-intensive MLB Evo modular longitudinal architecture underpinning the latest Audi Q7, and – as with that SUV behemoth – the resulting levels of strength, rigidity, and refinement transform the Audi.

And not just on the expensive variants. Past experience with German cars in this class has taught us that things only really started getting interesting mid-way up the range, but because all the ingredients are now in place, even the base 1.4 TFSI S-tronic sedan puts forward an extremely persuasive argument. Nothing gives the entry-level game away. 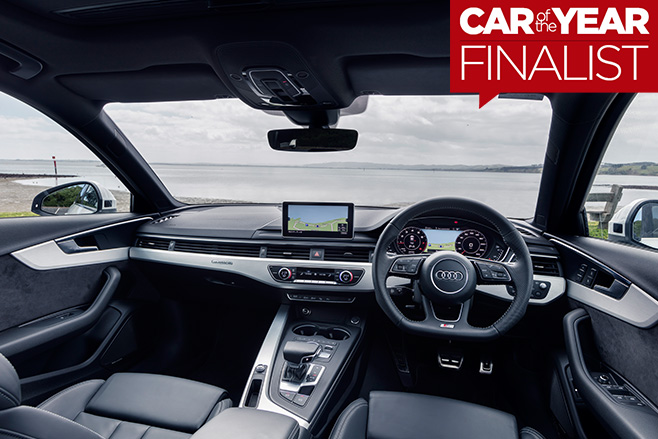 The standard 18-inch alloys fill the arches beautifully; the materials inside look, feel and smell upmarket; the famous obsession with detail is everywhere; seat comfort is fundamentally excellent; and there are no glaring equipment omissions (digital radio aside).

Long-time readers will know that one area where the A4 conceded ground to its BMW and Benz opponents was dynamics, underlined by the fact that the latter pair boast the on-paper benefits of rear-drive engineering. While we have yet to see a B9 RS4 to pitch against a respective BMW M3 or C63 AMG, the core Audi models have at last closed that gap as well, more or less.

In the final wash, whether coming up trumps tackling the You Yangs PG or taking in the extensive and demanding drive loops that systematically eliminated many more expensive rivals, it is clear that this A4 generation is the best Audi ever sold in Australia. 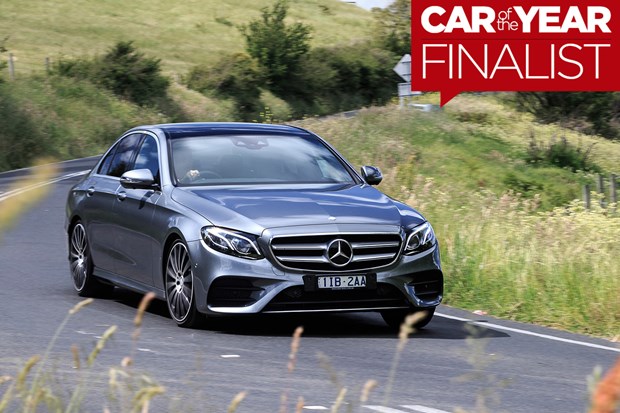 Merc’s technology flagship ushers in the brand’s latest and greatest, and makes a persuasive case for itself in our COTY top six.