MORE power and sharper dynamics make for a worthwhile addition to the M3 and M4 family.

WHAT IS IT?
An extra three models to the BMW M3/M4 family. With mildly revised suspension and engines, the M3 sedan Competition, M4 Coupe Competition and M4 Convertible Competition sit alongside the regular models that continue unchanged.

WHY WE’RE TESTING IT
To see if the $5000 premium for the Competition models is worth the spend over the regular M models. 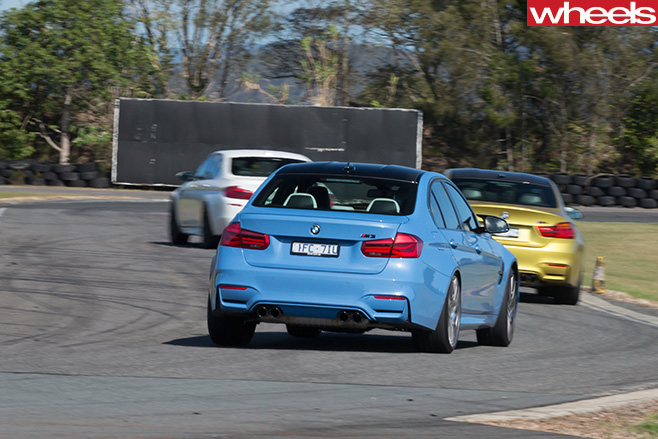 MAIN RIVALS
Mercedes-AMG C63; Lexus IS F and Audi RS4; at a stretch, the HSV GTS.

THE WHEELS VERDICT
It’s all about the details in BMW’s new M3 and BMW M4 Competition models. But the tweaks to the engine and suspension make for a more engaging drive, especially on the track. 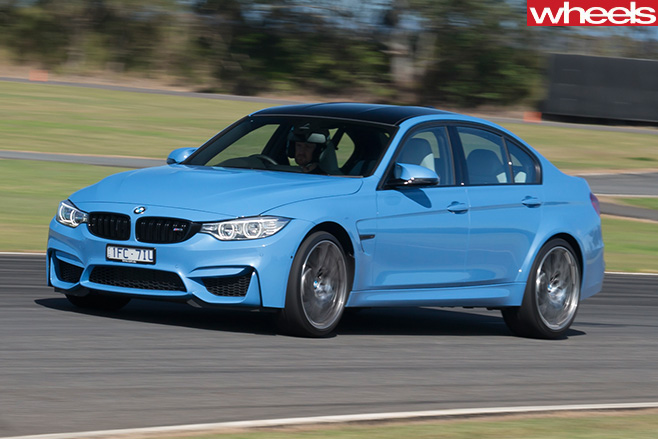 THE WHEELS REVIEW
You could drive for hundreds of kilometres – possibly thousands – in BMW’s new M4 Competition and not unlock the extra surge from the upgraded engine. Blame it on the 550Nm of torque, all of which is available from 1850rpm and continues to 5500rpm, providing a delicious thrust that sees off most surrounding machinery on all but a race track blast.

It’s not until that point that the torque peak is maintained a fraction longer in the Competition, the latest $5000 plus-pack that sits atop the unchanged M3 and M4 ranges that incorporate sedan, coupe and convertible body styles. Even then it’s difficult to pick, and you’re best keeping the right foot pegged to unleash the extra 14kW that stretches power to a 331kW peak at 6000rpm. 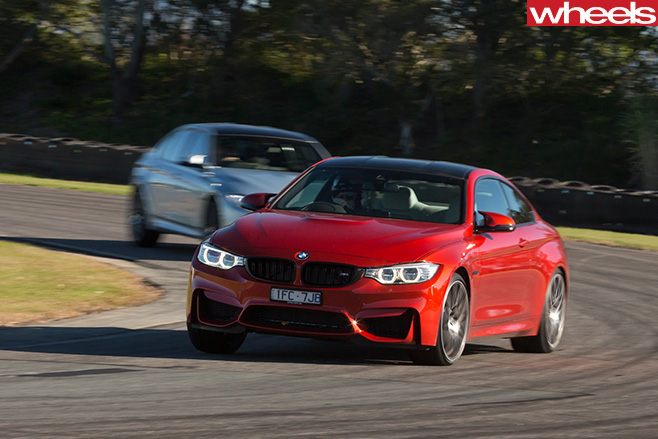 Beyond that, the inline six is a wonder of valve timing, high revs and flexibility, revving cleanly to its 7600rpm redline, all the while boosting the aural satisfaction.

Indeed the exhaust burble – some of it artificial through the speaker system – is more enticing in the Competition, although it’s still more a deep drone than a fluttery match for the V8s that rival BMW’s longest running M.

The iconic M is now faster, too, punching to 100km/h 0.1 seconds quicker, at 4.0 seconds flat. That’s with the occasionally finicky DCT twin-clutch auto that jolts on full throttle upshifts in its most aggressive mode, one of many driver-selectable parameters that unnecessarily adds to the go-fast complexity. 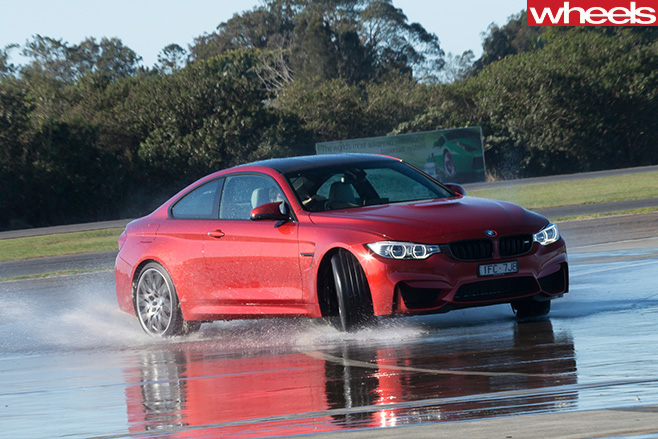 We also trialled an M3 Competition with a six-speed manual, a relatively low volume no-cost option that delivers lusciously crisp, direct shifts that in some ways better harnesses the engine’s energy. It’s ultimately not as slick as the DCT – 4.2 seconds to get to 100km/h – but is a reminder of just how good BMW’s self-shifters are.

The latest Ms also benefit from dynamic changes. Springs are 15 percent stiffer, so the Comfort mode in the adjustable dampers is closer to the Sport setting in a regular M4.

It makes bumpy backroads that little bit more trying at slow speeds, while the occasionally roaring tyres take the edge off high speed cruising. The plus is a whiff of extra damping control over high speed thumps, something that adds reassurance to an accomplished sporty. 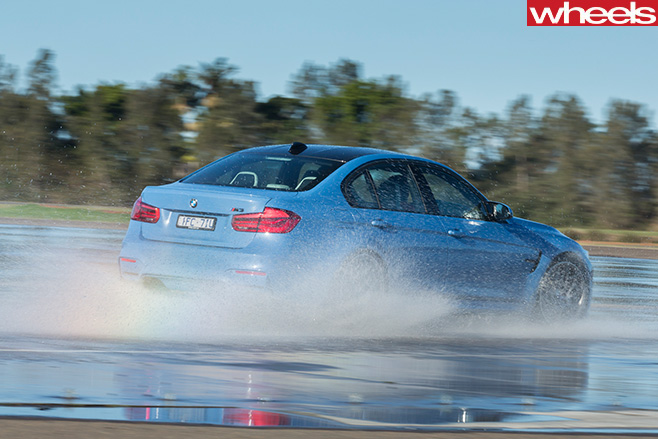 Aim it at an apex, though, and there’s newfound haste with its track to the target. The broader Michelin Pilot Super Sports help, too: there’s an extra 10mm at either end, and they’re now 20-inch, aiding the already sharp steering reactions. None of which changes the M4 character, but all of which sharpens its senses.

Design changes are subtle, with the exception of the new 20-inch spoked wheels that are an acquired taste against the deeper dish 19s of the standard car. But details nod to the M heritage; black chrome graces everything from the kidney grilles and badge to the quad exhausts. Grab the seatbelt and there’s a subtle blue and red stripe, too. And those body-hugging seats now have cutouts for added flair.

Existing M3/M4 owners won’t feel outclassed, but those shopping new will be rewarded with fractional improvements.