GIVEN the ever-expanding footprint of the medium-SUV category, the importance of the Equinox to Holden’s fortunes in this country cannot be overstated.

If this Astra/Cruze-derived front- or all-wheel-drive wagon manages the expected 20,000 sales per year, the Equinox will become Holden’s best-selling vehicle. And if not, someone at GM needs to take a long, hard look at the opposition.

Against two core COTY criteria – Value and Function – the Holden Equinox punts the ball directly between the goal posts. The $28K LS manual solidly nails the equipment brief for its modest outlay, although you need to stretch to the auto-only LS+ ($33K) to ensnare a full safety suite of AEB, forward collision alert (with your choice of a near-deafening audible warning or a mildly titillating driver’s seat that vibrates), along with other family-protecting electronics. 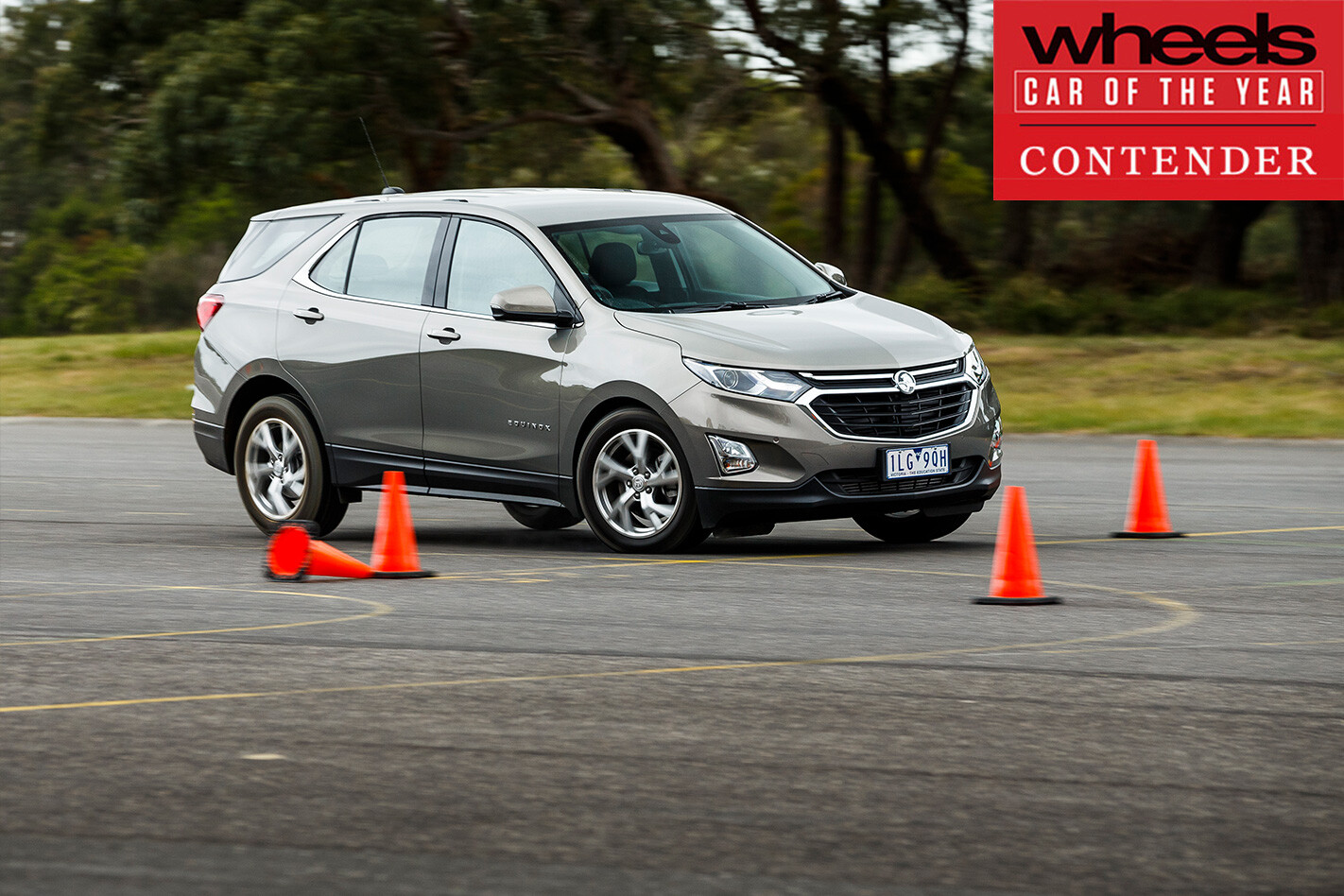 There’s also the bonus of class-beating rear seat space, with a fully flat floor and three-person bench, and a driving experience that’s “only about 300 percent better than expected”, according to deputy editor Andy Enright.

An excellent ESC calibration – far better than that of any European SUVs at COTY – strong dirt braking, fluid handling, crisp steering and taut body control all highlighted the success of Holden’s input when tuning the Equinox. Once everyone had lapped Lang Lang’s challenging course in the Equinox range, “not really noxious at all” became the consensus. But further investigation exposed a surprising lack of cohesion.

It seems Holden’s Mexican-built SUV is either Cinderella or the ugly stepsister.

First, its interior. Expansive, yes, but the LS’s blanket-grey cabin screams ‘austerity’ and its (nicely shaped) plastic steering wheel and core plastics look and feel like they’ve been ripped straight from a 2001 XC Barina. 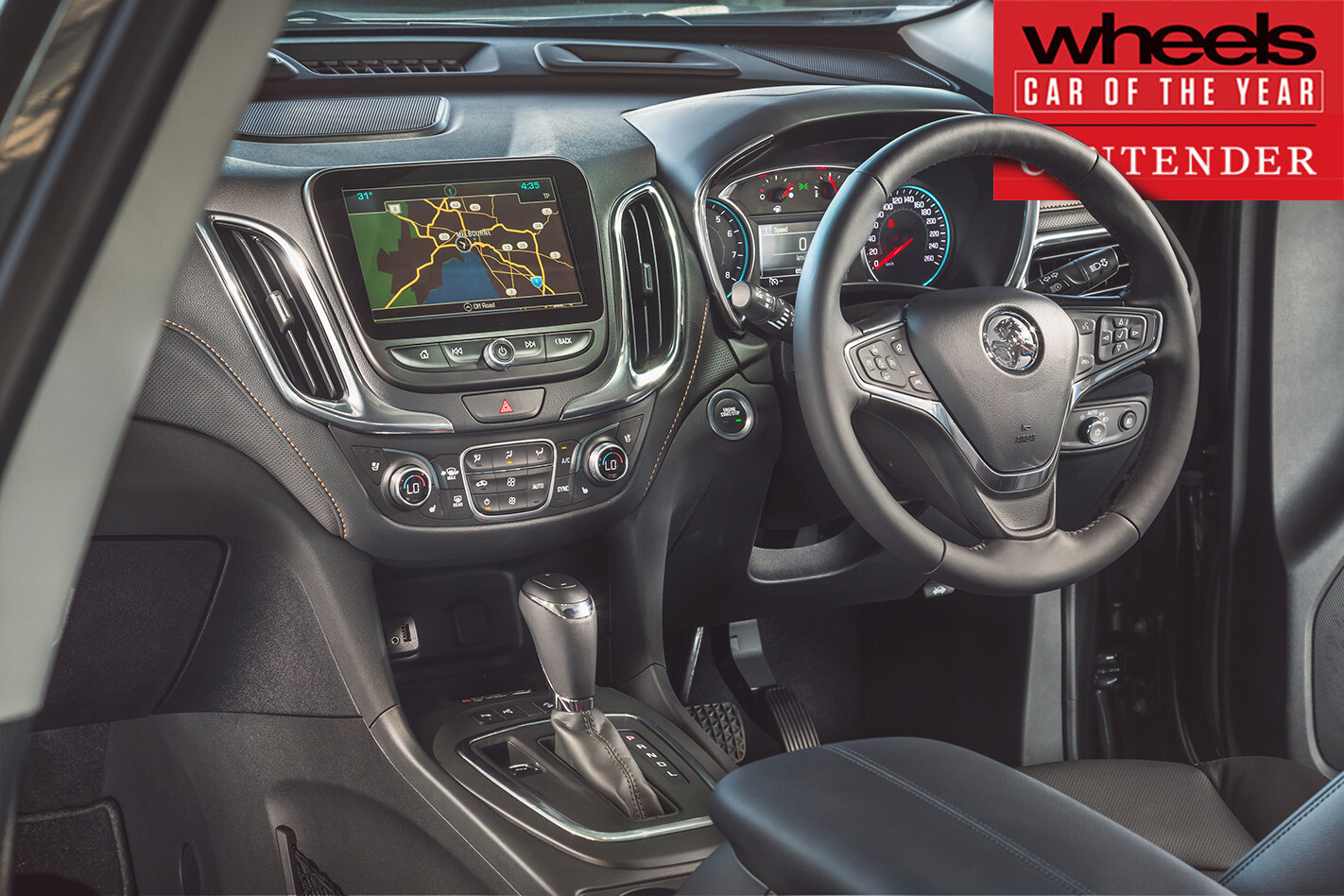 Then there’s the issue of a steering column that doesn’t quite extend far enough, pedals mounted a bit too close together, and a needlessly massive centre console that forces you to adopt a claw-handed position when trying to shift gears in the 1.5-litre turbo manual. Pity, because the base engine is unexpectedly punchy and torquey.

Moving up the Equinox ladder does little to brighten its visual appeal – “not costly, and looks it”, noted Carey – unless your concept of expense is chrome chintz. Equinox may drive like an Aussie-accented European but it remains firmly rooted in middle America when it comes to trim tactility and design aesthetics.

It also stumbles in the function department. You get an exceptionally strong 2.0-litre turbo-petrol engine tied to a well-calibrated nine-speed auto, but it really needs AWD (a $4300 option on the $39,990 LTZ, standard on the $46,290 LTZ-V) to properly channel its muscle.

The auto shifter’s top-mounted ‘manual’ switch is sheer idiocy in its inept operation, and while the 19-inch wheels of the LTZ and LTZ-V raise the showroom sparkle, they also expand Equinox’s turning circle to a laborious 12.7 metres and tarnish its low-speed ride. 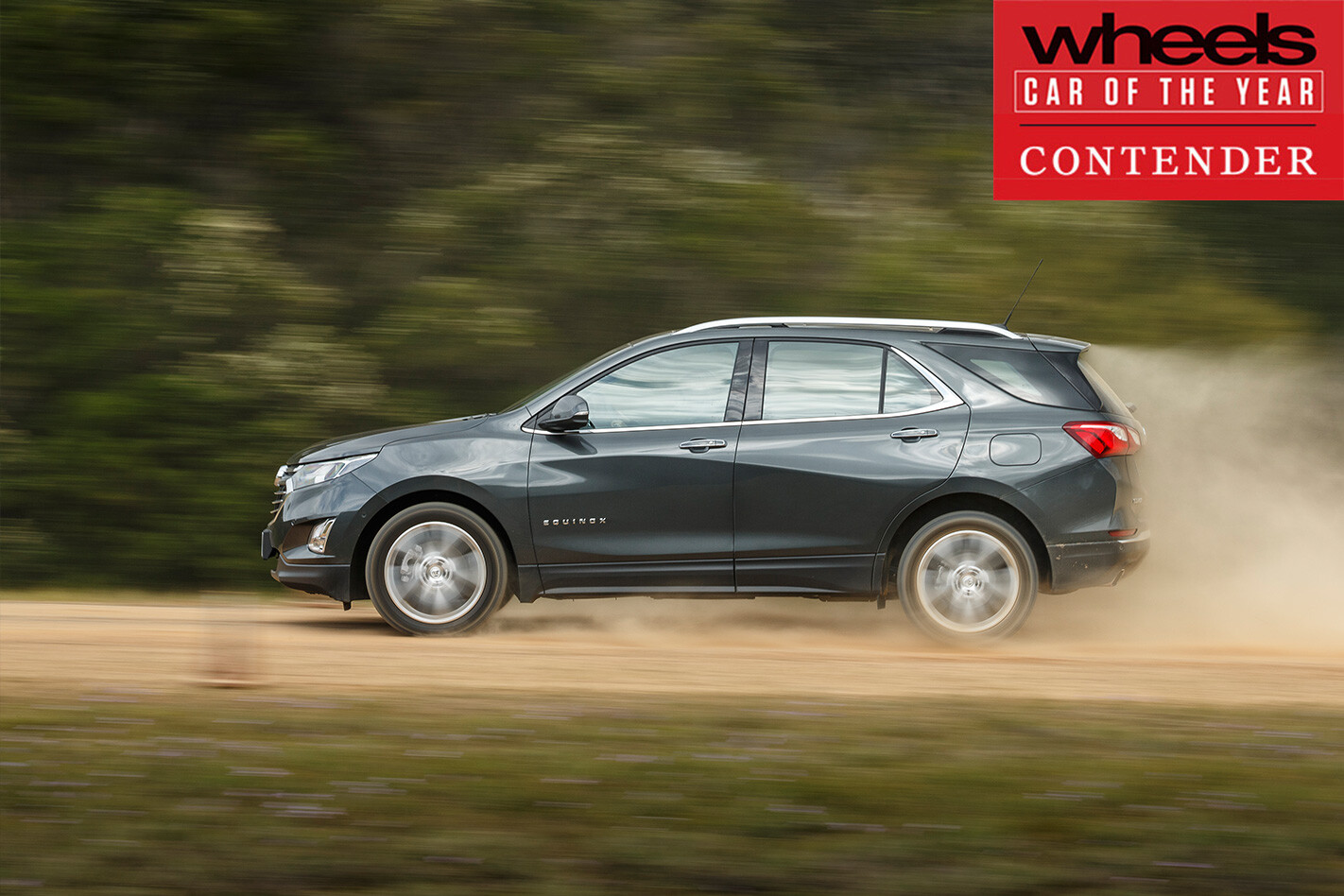 These top-spec models bring plenty of technology – like wireless phone charging, a height-adjustable electric tailgate, and connectivity galore for rear-seat passengers – but aside from active noise cancellation (on all automatics), this tech is essentially garnish, not advancement of the breed.

Core stuff, like the Equinox’s groaning ABS operation on wet surfaces and its inability to change direction briskly enough to nail our lane-change manoeuvre – point to the fact that this is a middle-of-the-road SUV packing a handful of star qualities.

Sadly, the Equinox has X-factor in name only. 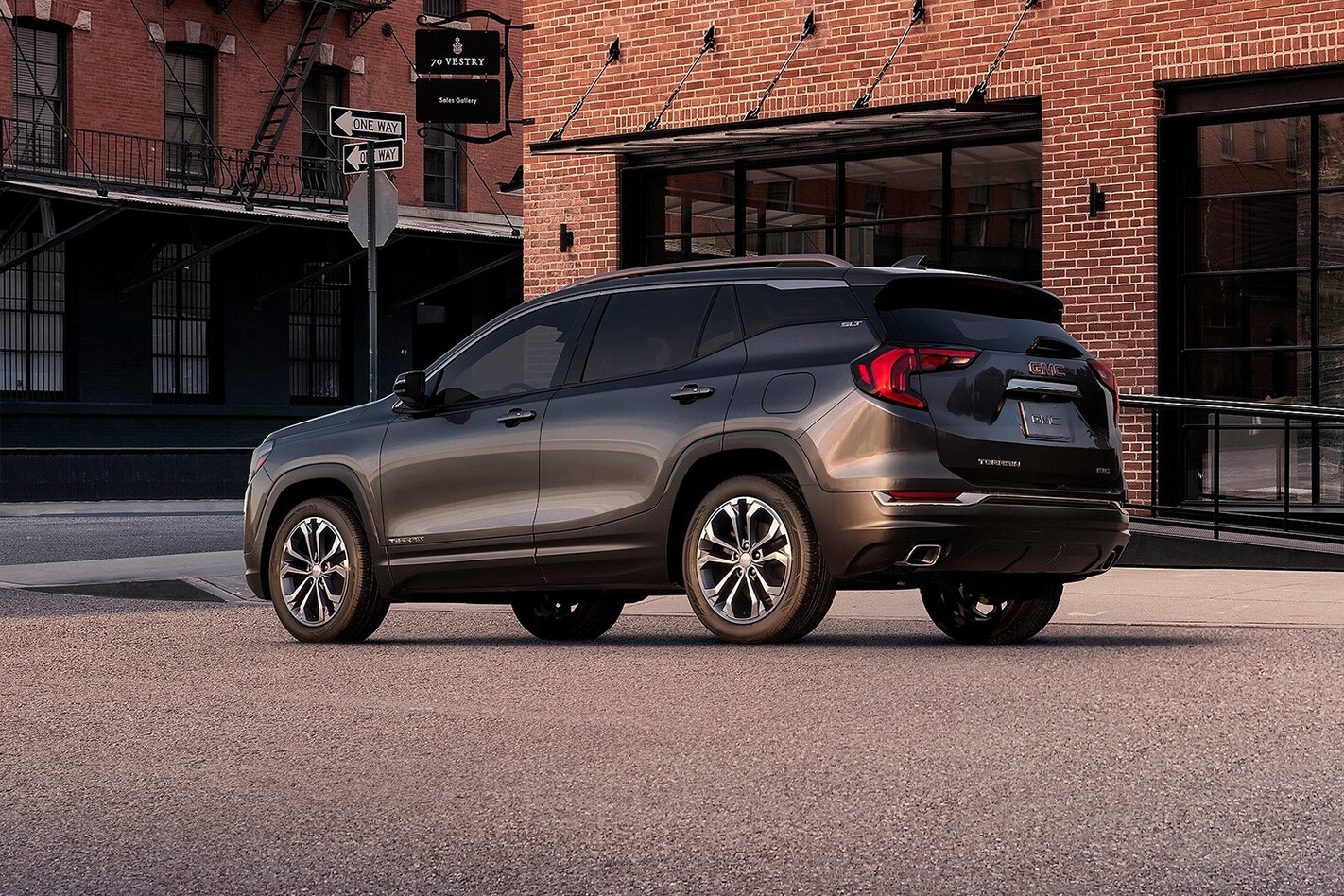 What we don’t get is the classier look of the GMC Terrain version (above), visually linking the car with Holden’s forthcoming (GMC-sourced) Arcadia SUV. Only the (Chevrolet) Equinox was developed for right-hook markets, including Malaysia, Brunei, Africa and Australasia.