Holden’s all-new mid-size SUV, imported from Mexico, which replaces the five-seat Captiva. It’s expected to be one of Holden’s best-selling vehicles along with the Colorado and next-gen Commodore.

The Holden Equinox has been through an extensive localisation regime at the hands of engineers both on the ground in Oz and during the car’s five years of development in North America. The Aussie brand says its grunty, family friendly SUV drives like a Holden should, but there’s only one way to find out. 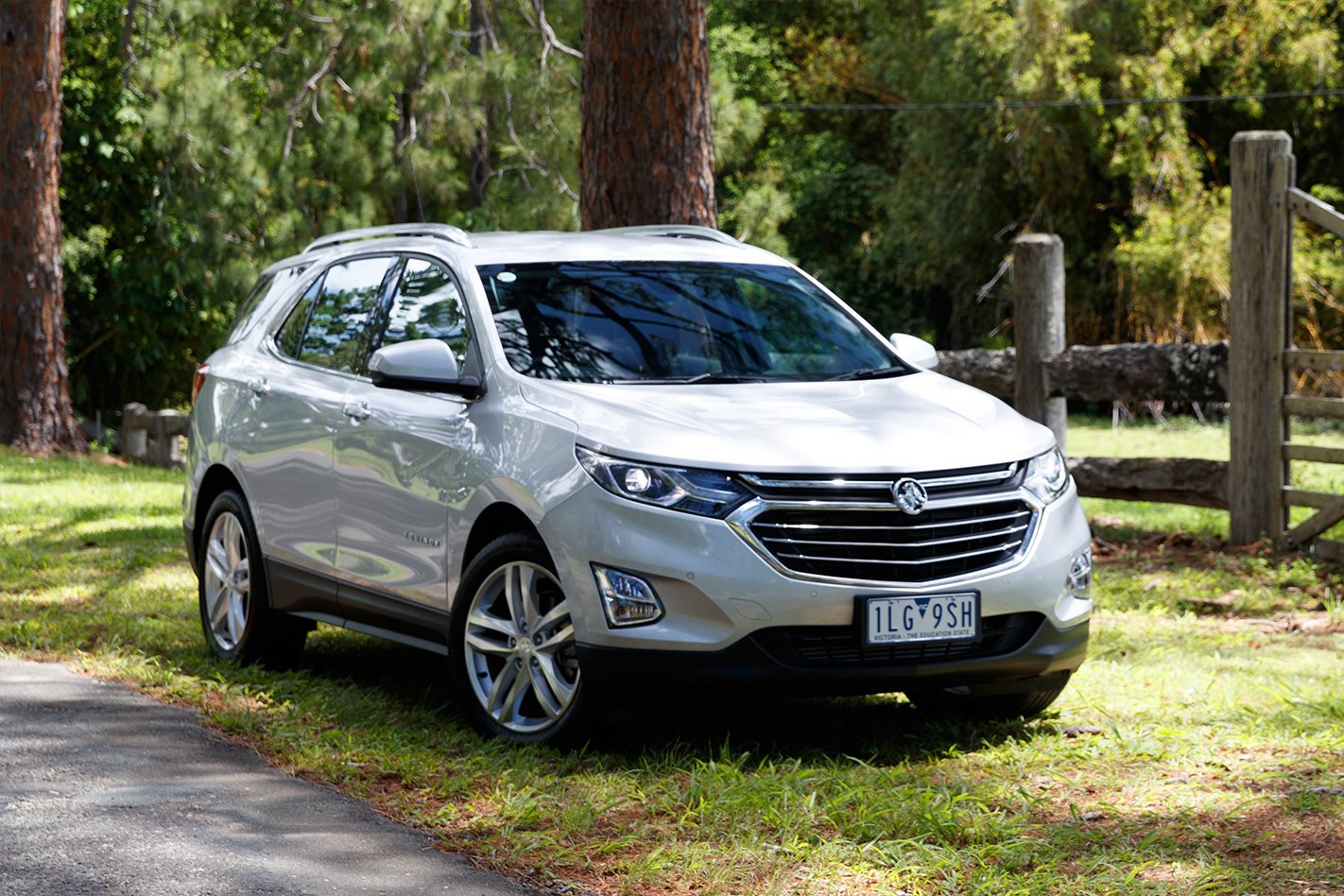 Equinox is a big step-up over the car it replaces, with good fundamentals, generous equipment and a broad range of powertrains including GM’s muscular 2.0-litre turbo four. It may struggle to steal people away from more outwardly appealing rivals, but those who give Equinox a chance should find a likeable addition to the family. 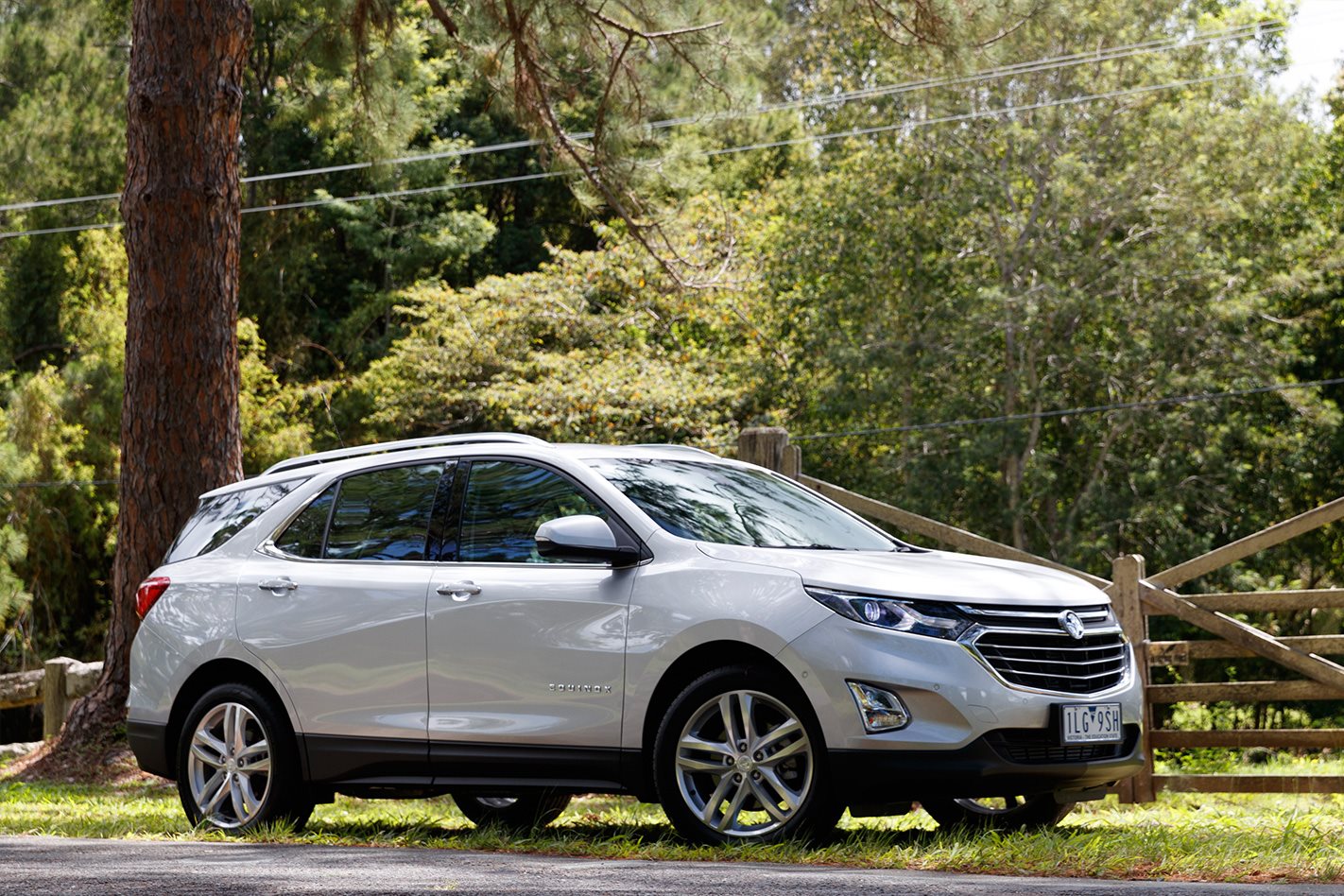 PLUS: Engine performance, dynamics, cabin and cargo space, equipment
MINUS: Exterior styling, inconsistent interior materials, no AEB in base model

WOULD you believe me if I told you the Holden Equinox has active aerodynamics? Yep, it’s true. The Aussie brand’s all-new mid-size SUV is a more sophisticated thing than its American hire car styling may lead you to believe.

Dozens of small considerations, including motorised louvres behind its front grille, bring incremental improvements to fuel efficiency, and a lengthy list of its engineering cleverness continues from there. 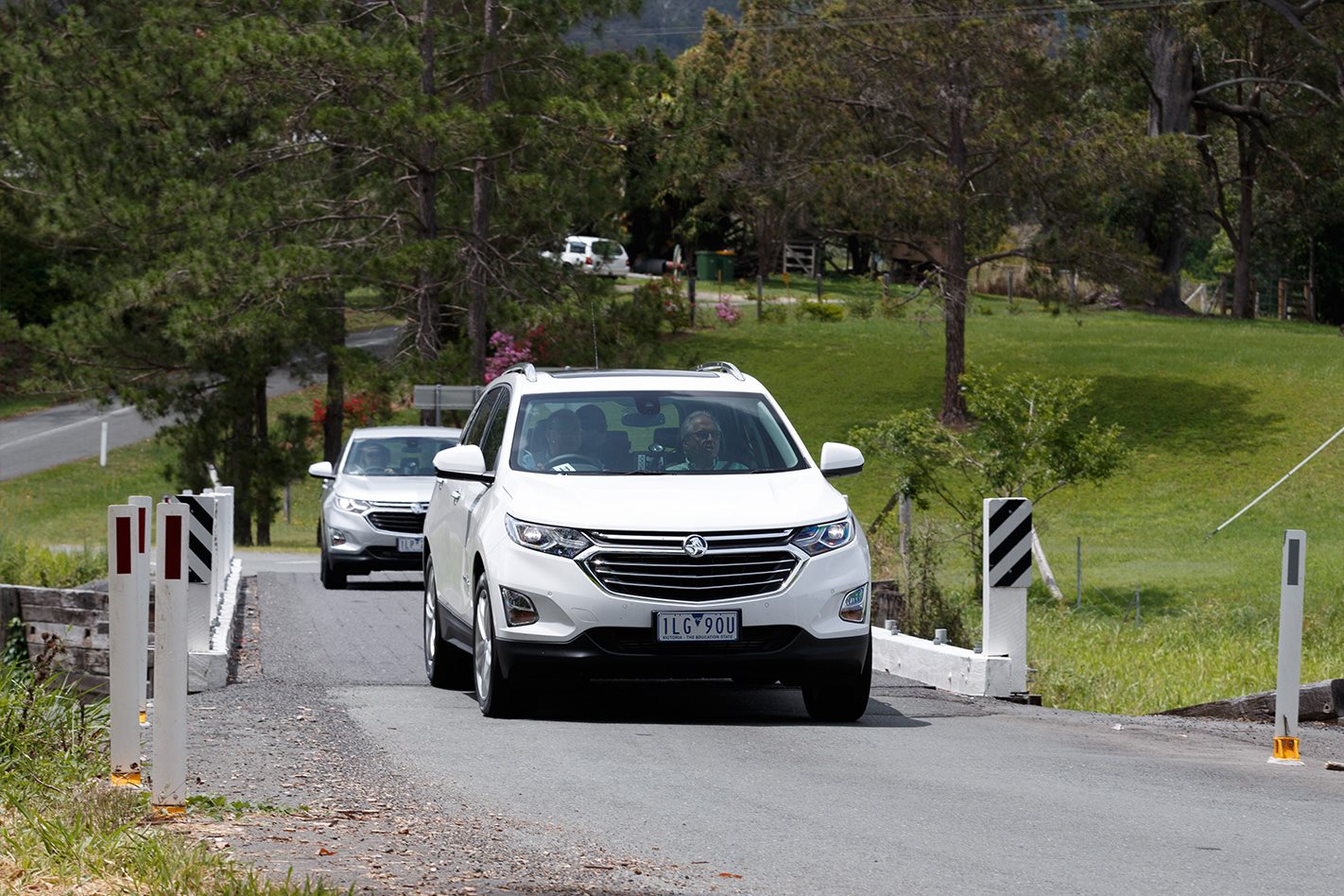 This third-gen model is the first to land in Oz, arriving on the back of more than two million Equinox sales overseas as Holden’s replacement for the ailing five-seat Captiva. Aussie engineers devoted five years of input to the car’s clean-sheet development in North America, and carried out an extensive local assimilation program to fine tune it for our market.

Revisions to the suspension include new dampers, swaybars and bushes to tighten up the chassis and make it “drive like a Holden should,” according to the brand. A different setup is fitted to each Equinox, depending on the powertrain.

Choices include two petrol engines (a diesel will be added soon) in front- or all-wheel drive configurations, and five separate trim levels with prices ranging from $27,990 for the price-leading LS manual to $46,290 which nets you the range-topping LTZ-V AWD. Australia is the only territory to get this much variety. We’re the lucky country indeed. 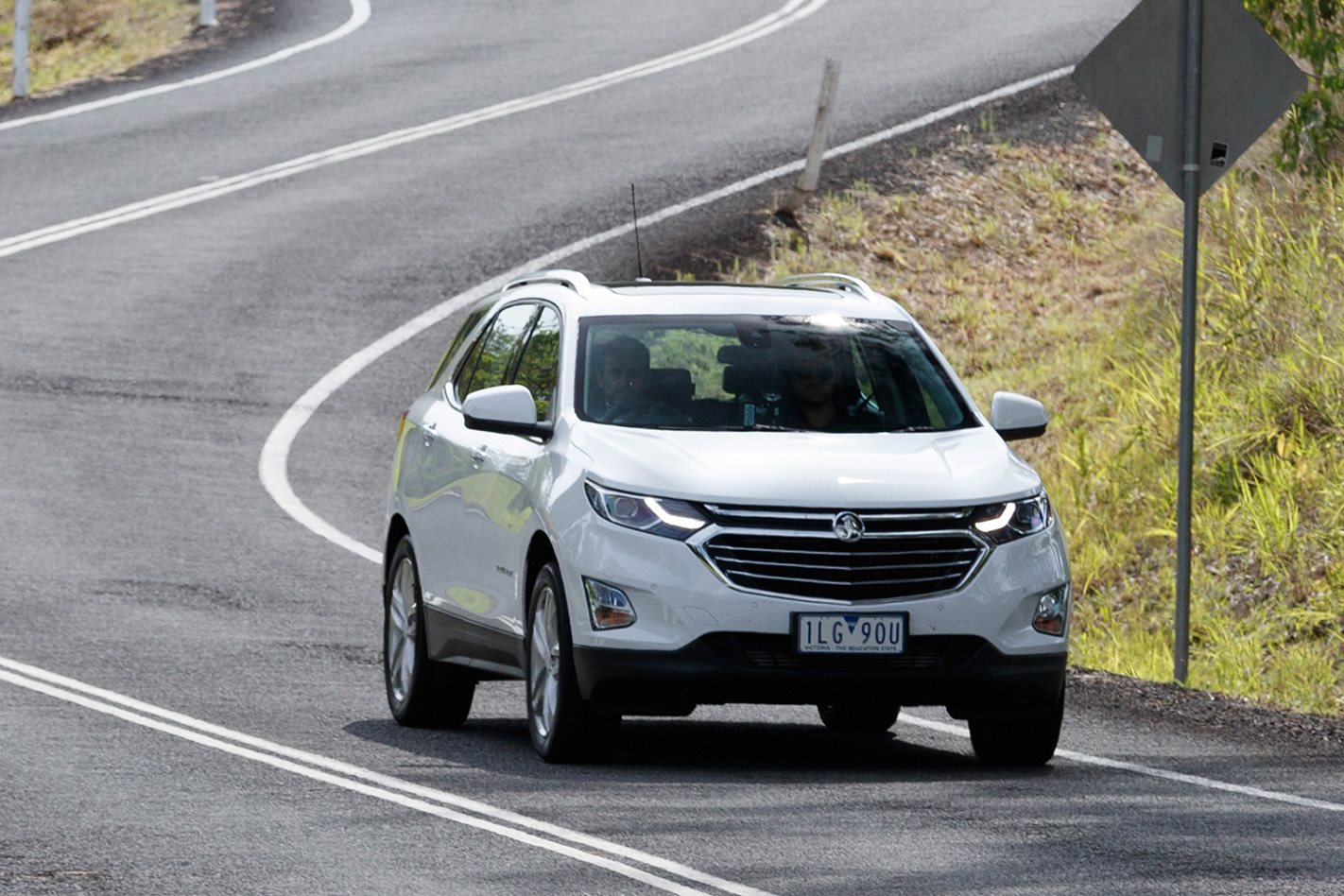 Equinox LS and LS+ feature a 1.5-litre turbo four-cylinder producing 127kW/275Nm. Six-speed auto variants cost $29,990 and $32,990 respectively, and some buyers will find the LS+ to be more than enough car for them. It’s a sweetie that includes Holden’s active safety suite as standard, and rides with a fluid suppleness on its chubby 17-inch rubber. Standard equipment includes a reversing camera and rear sensors, Apple and Android smartphone integration, and funky fabric upholstery with a honeycomb motif.

It’s the full-fat models, however, featuring GM’s 2.0-litre turbo four-cylinder and nine-speed auto that Holden expects to sell in the largest volume. Class-leading outputs of 188kW/353Nm offer a power to weight ratio at least 20 percent greater than any of Equinox’s Japanese and Korean rivals. It verges on hot hatch quick in a straight line by striking triple digit speed from standstill in a smidgen more than 7.0sec.

The 2.0L model walk-up starts with the LT ($36,990), which takes the same attractive cloth trim as LS+ and adds a larger infotainment display, 18-inch wheels, heated seats, climate control and a raft of charging points (USB, 12V and 230V). Above that, LTZ ($39,990) gets leather-appointed trim, 19s, heated rear seats, a powered tailgate with gesture control, wireless phone charging, LED lights, digital radio, and the option of all-wheel drive for an extra $4300. Topping out the range is the LTZ-V ($46,290) with standard AWD, a panoramic sunroof, heated steering wheel and ventilated front seats. 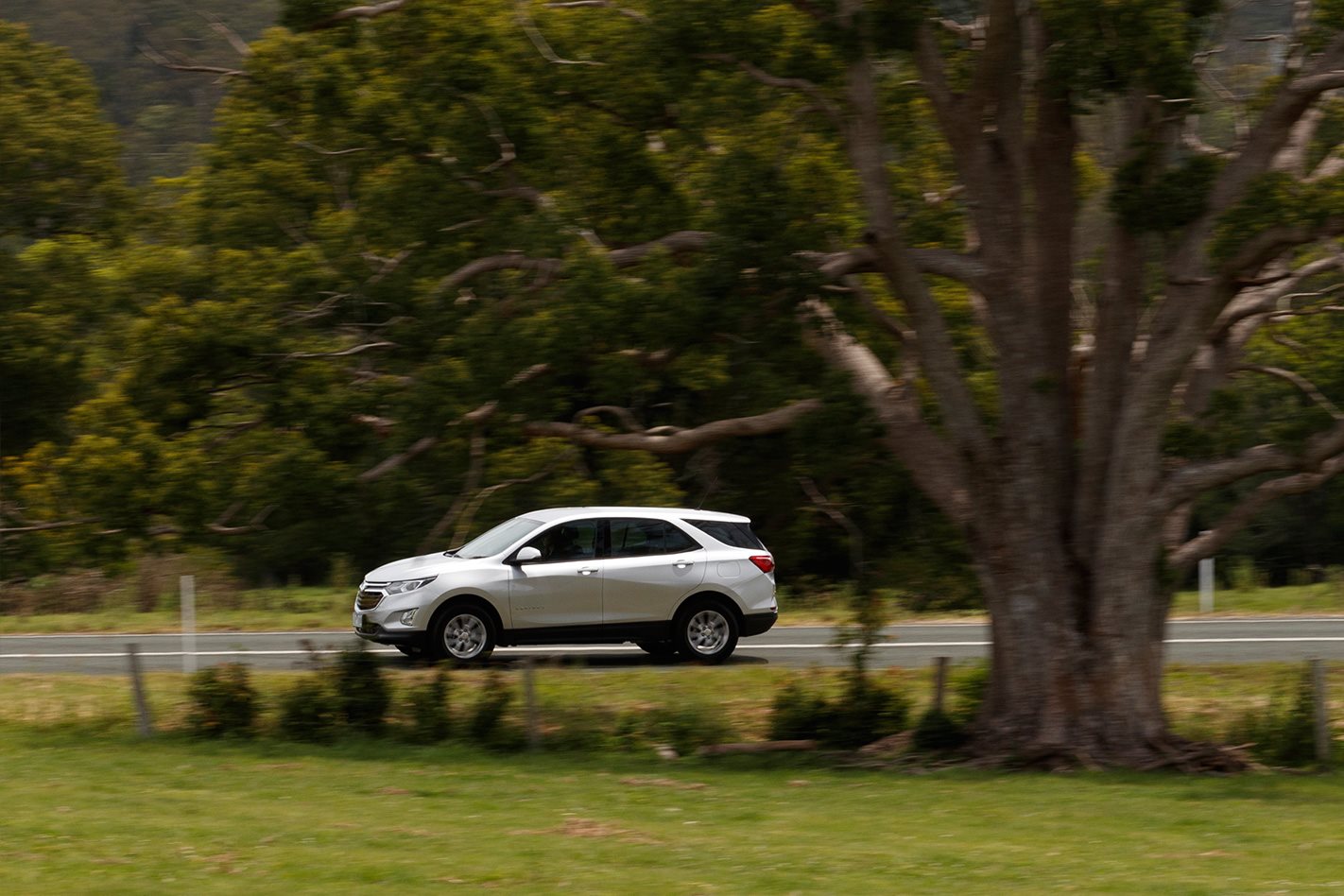 On 19s the ride suffers from initial impact harshness not present in the 1.5L models, though the tighter chassis control is suggestive of the sporty performance on tap. Hundreds of hours were invested in the Australian steering tune and Equinox is one of the more engaging mid-sizers to drive as a result. Point it at an interesting strip of bitumen and you’ll want to get a hustle on, but there’s no practical way to take manual control over the auto ‘box. It’s crying out for a Sport mode at the very least, or paddle shifters on the wheel where instead there are audio controls.

User friendly features include first-of-their-kind haptic seats, which vibrate bolsters in the seat base to alert the driver rather than barraging their ears with annoying chimes. Umbrella holders in the doors add a touch of Skoda thoughtfulness, and rear-seat leg-room is enormous. Boot space is also generous, and the 2.0L models will tow 2000kg. 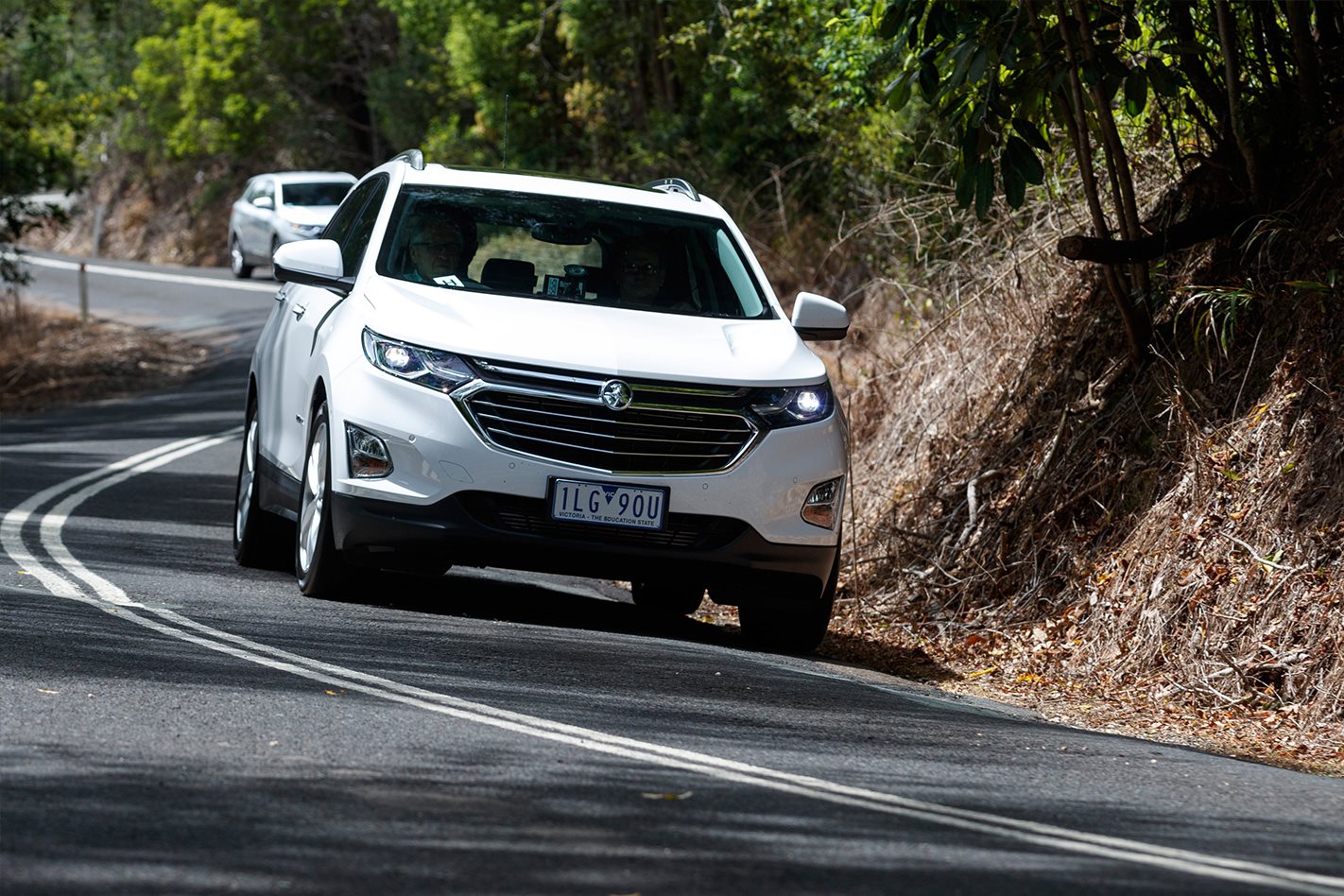 It’s just a shame all of this dynamic competence and practicality is wrapped in such a forgettable exterior. The interior’s looks and materials are nothing to write home about either. There’s plenty of gear inside, but in terms of showroom allure the Equinox is a fizzer.

Holden has a smart car on its hands – get up close with it and the depth of engineering is uncommon in this class – but it’s going to need one heck of a marketing campaign to get regular people interested in it. Those who bother to look closely will find a lot to like, but stealing their gaze away from Mazda, VW and Hyundai in the first place may prove too tough. 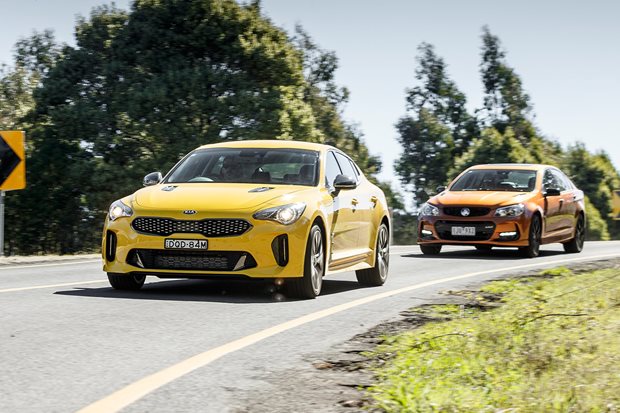 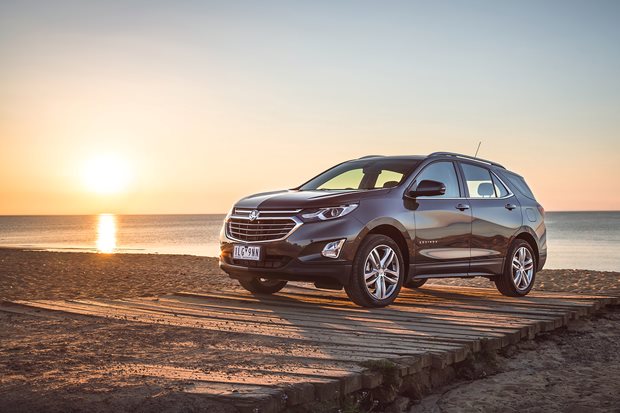 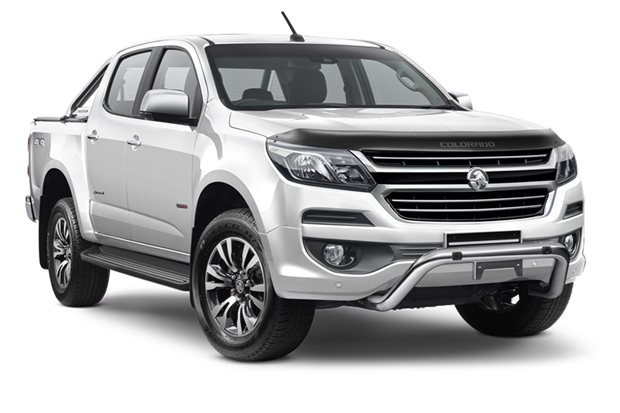 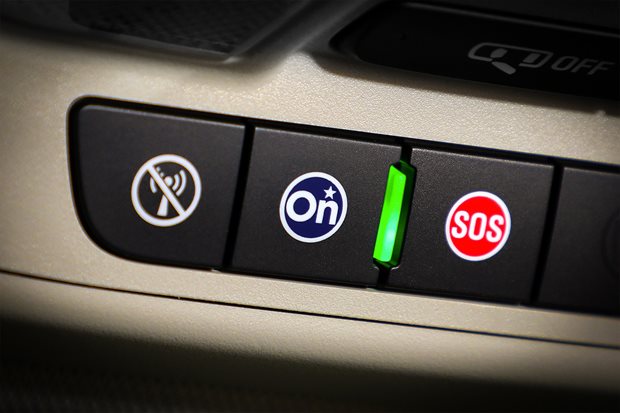